Last year, after Tesla updated the radar, camera, and ultrasonic sensors on its electric cars, CEO Elon Musk said the new hardware's capabilities would lag behind the cars on the street already.

Now, Musk has projected that the "Hardware 2.0" cars may surpass the older generation of "Hardware 1.0" vehicles and be "fully self-driving" in 3 to 6 months.

The news comes as owners of Hardware 2.0 cars began seeing a rollout of Autopilot features in over-the-air updates, bringing those models closer to functionality of older-hardware cars.

The arrival of Autopilot for newer cars was behind schedule, but only by about a month.

In a series of tweets, Musk confirmed that the slow rollout for Autopilot features could be attributed to camera calibration and an associated update.

So what does all this mean?

For buyers of Tesla cars built after October 2016, it means the newly updated hardware should start surpassing the old hardware soon—and that we'll start to see Musk's plan for a two-tiered Autopilot system that he discussed last year.

Musk hinted last year that Hardware 1 cars would still be capable of running Autopilot, while Hardware 2 cars would feature "Enhanced Autopilot" for a while.

Beyond that, only the Hardware 2 cars would be able to offer a fully self-driving system, which likely wouldn't be called Autopilot. 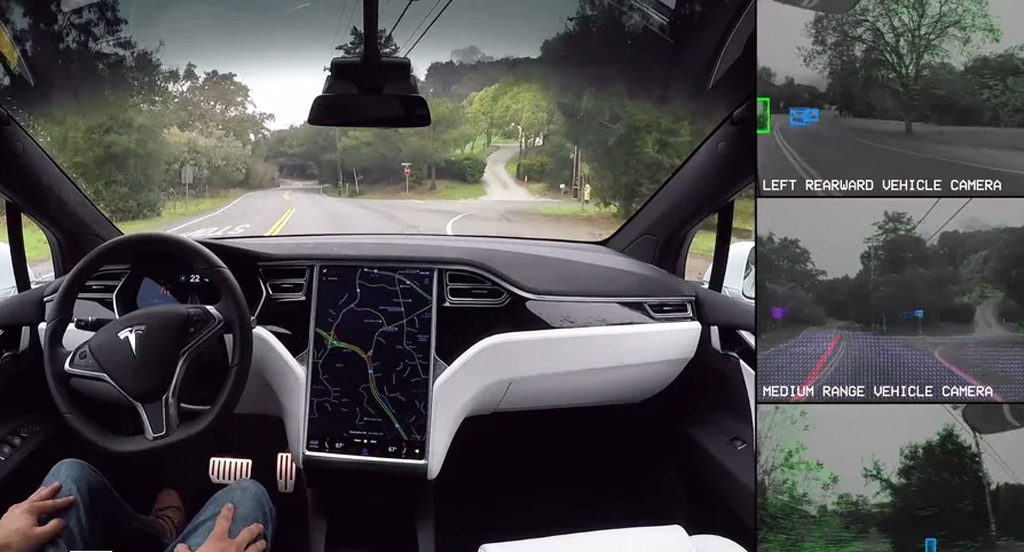 For now, Eletrek reported that Hardware 2-equipped cars without a fully self-driving option installed (which can tack on $8,000 to the bottom line) only have half of their sensors enabled.

That leaves open the possibility that running Autopilot on the two different sets of cars could provide a different experience.

Of course, Musk has said his goal would be a driverless, Enhanced Autopilot or fully self-driving trip from Los Angeles to New York by the end of the year.

We'll have to wait and see if the small delay in Autopilot rollout has any effect on that timeline.