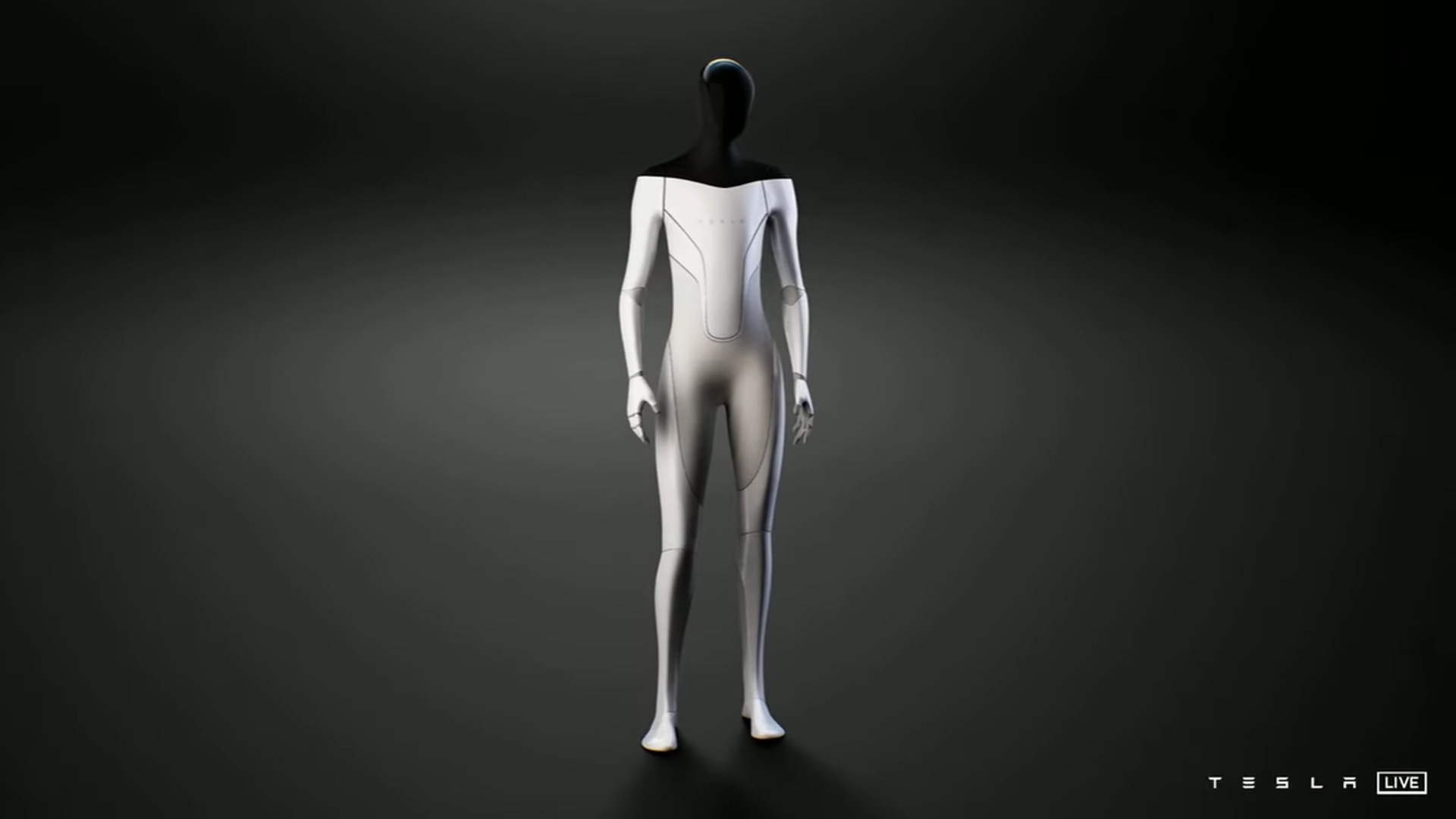 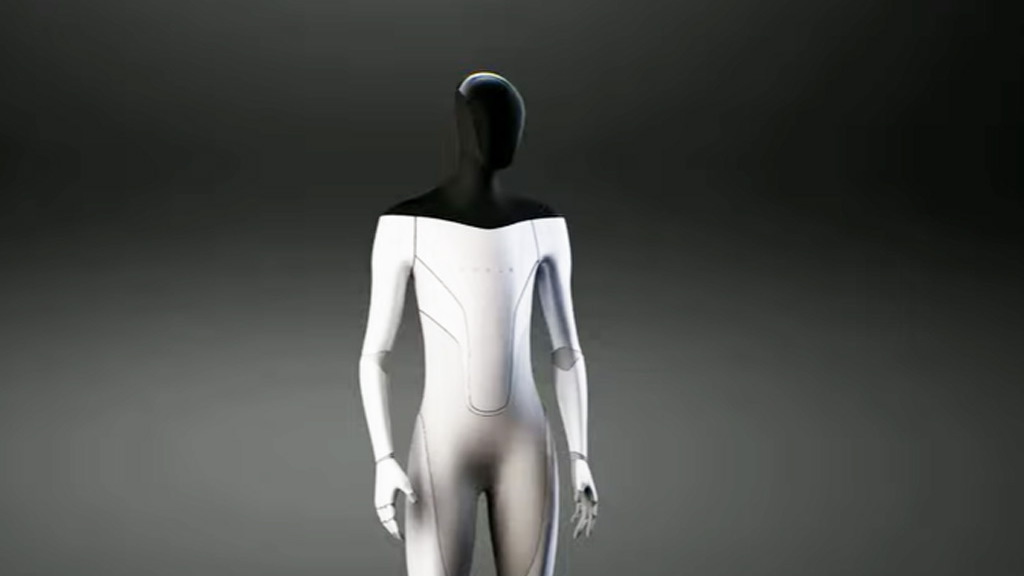 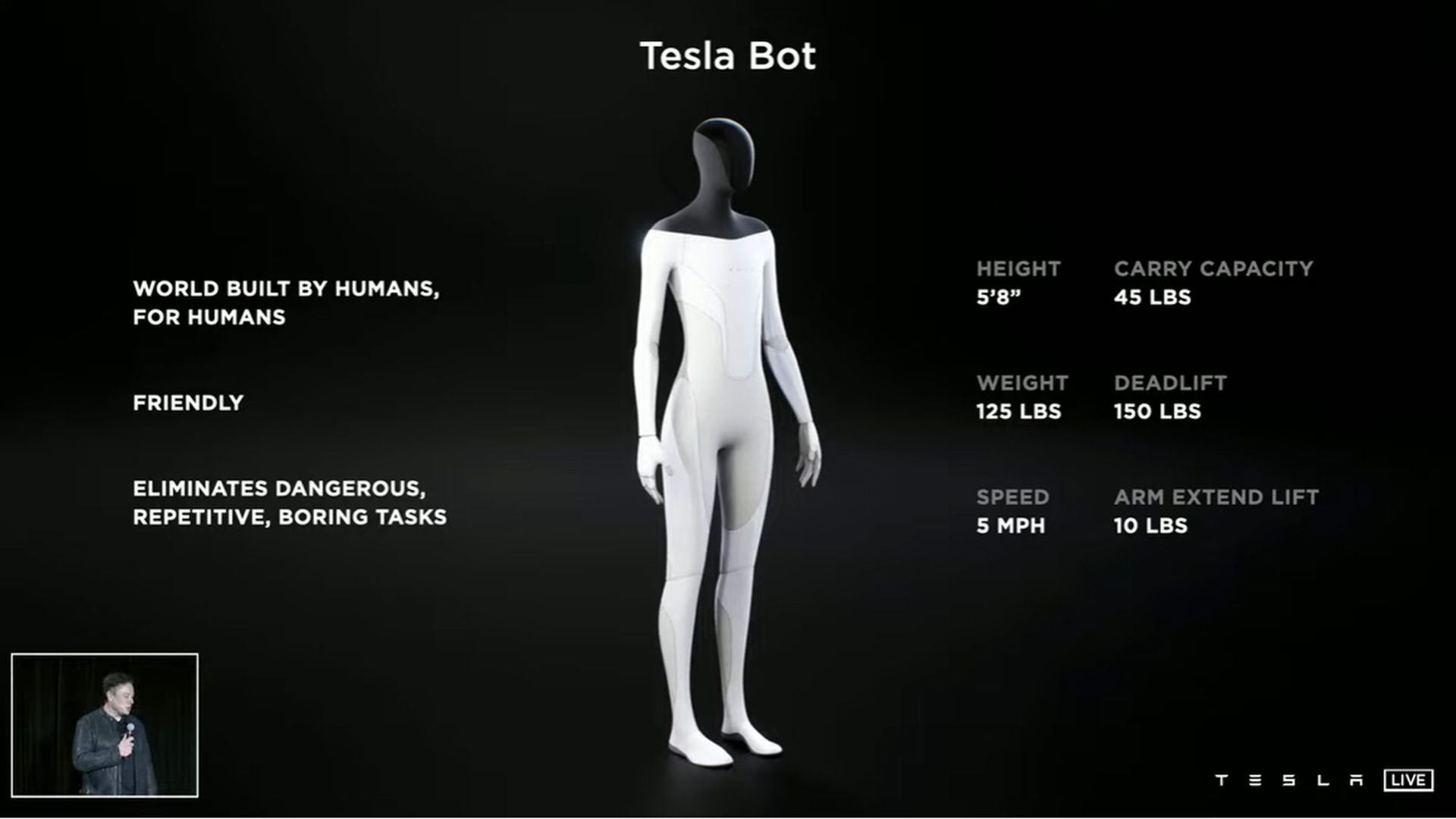 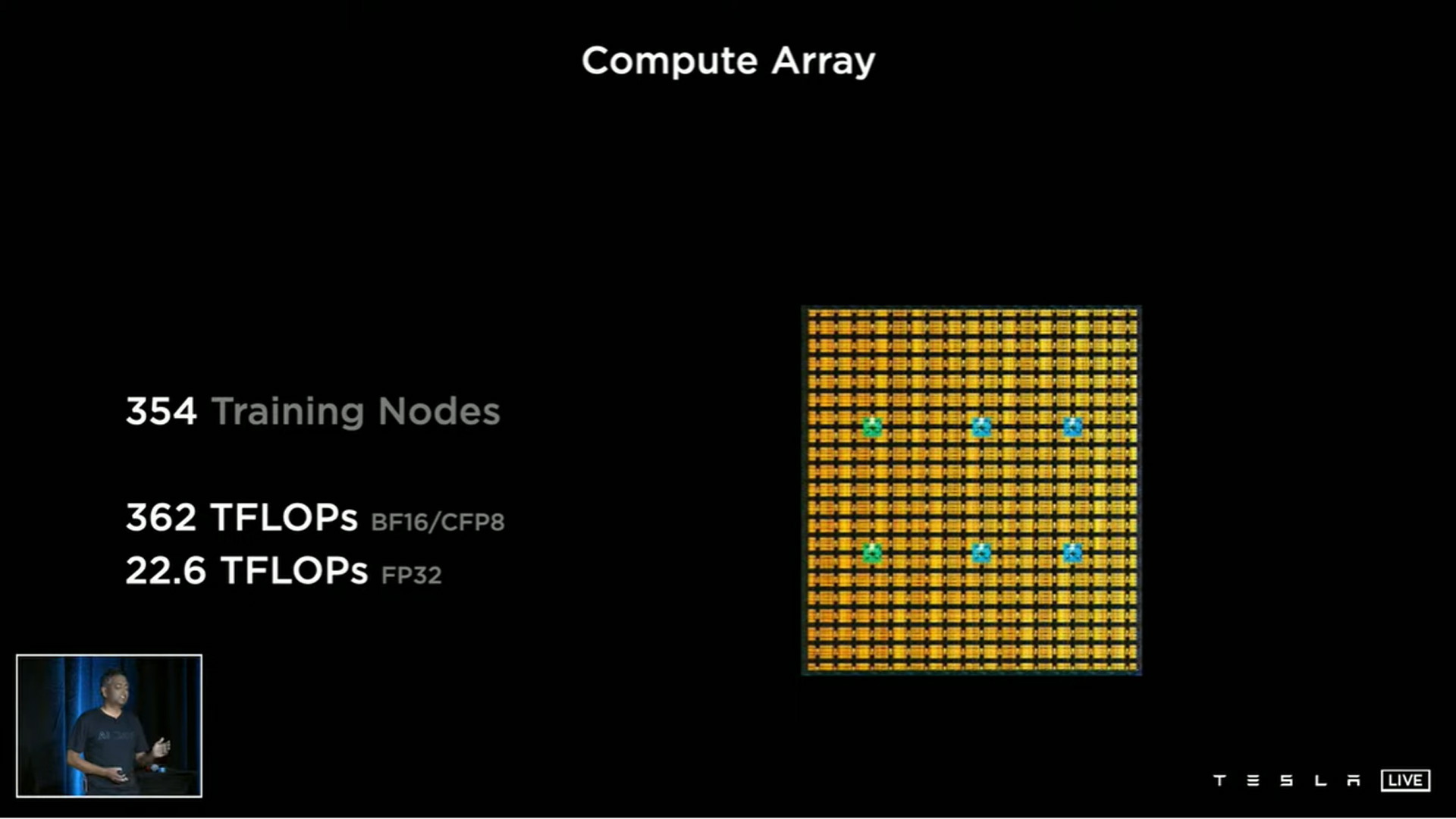 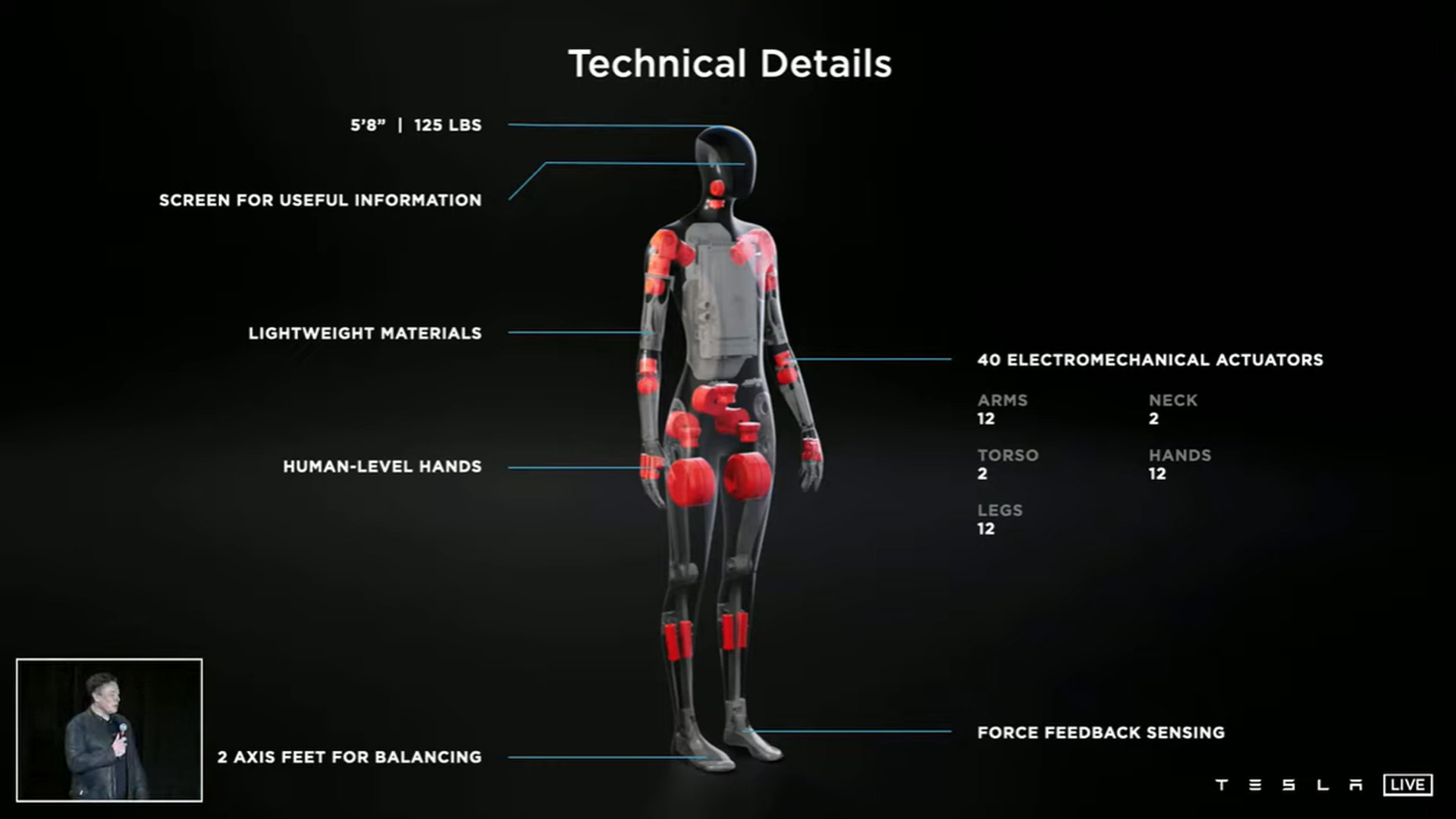 Tesla announced Thursday that it plans to build a humanoid robot in prototype form next year.

The so-called Tesla Bot, or Optimus Prime, was revealed as part of the company’s AI Day, intended to stoke enthusiasm in the company’s different, cameras-only AI-based approach toward future self-driving capability. And CEO Elon Musk appears to see it as on-point in the company’s evolution.

“Tesla is arguably the world’s biggest robotics company, because our cars are semi-sentient robots on wheels,” he said, introducing the Bot.

The Tesla Bot is intended to be friendly, Musk says, with the intent to eliminate dangerous, repetitive, and boring tasks otherwise needing humans. The robot is human-like, but with a screen instead of a face, and at 5-foot-8 with a maximum speed of 5 mph, has physical specs that were chosen so that “you can run away from it, and most likely overpower it.”

It basically has the Autopilot system in it, according to Musk, with 8 cameras, the so-called Full Self Driving computer, and some of the same tools used in the car.

The Bot will also take advantage of Dojo, the company’s neural network training computer—not yet complete—that will use pre-defined algorithms and pattern recognition to form the basis for its own decision-making.

According to Musk, challenges include: “Can it navigate through the world without being explicitly trained?”

Using a wrench to assemble a part, or going to get groceries at the store—driven by a Tesla robo-taxi, perhaps—are sample tasks he mentioned.

In the presentation and in the past, Musk voiced his support of a universal basic income for people, as the robots take over labor. “Essentially in the future, physical work will be a choice,” he predicted.

In a presentation, the Tesla Bot contains 40 electromechanical actuators. It will also need a significant amount of power, which Tesla hasn’t yet addressed. Previous robotic efforts—especially those from automakers—have followed a lower, stockier build so that they might pack enough heavier battery cells low for balance.

Does Tesla understand how hard this is?

Tesla is by no means the first automaker who has decided to build a robot. Honda’s Asimo project ran from 2000 through 2018 and resulted in a humanoid robot that can recognize gestures and moving objects, perform nuanced actions like holding a tool or bringing a drink, and help people with mobility tasks.

Honda's team behind Asimo has said in the past, in various ways, what Tesla is about to find out: Building humanoid robots is incredibly difficult—with the balance and basic mobility aspects especially difficult, as they require more sensitive sensors and actuators than what you might use in a car.