At the end of 2015, BMW and Nissan announced that the two companies had partnered to fund the installation of 120 DC fast-charging stations for electric cars across 19 states.

All the sites had one or more 50-kilowatt stations with a pair of charging cables: one with the CHAdeMO connector that accommodates the Nissan Leaf electric car, the other a CCS connector for the BMW i3.

Now the pair of carmakers has done it again, adding another 174 fast-charging locations in 32 states and the District of Columbia.

This time, the two companies have funded installation of the DC fast-charging stations with the privately owned EVgo network.

As before, all the sites are dual-standard stations with a CHAdeMO and a CCS charging cable. 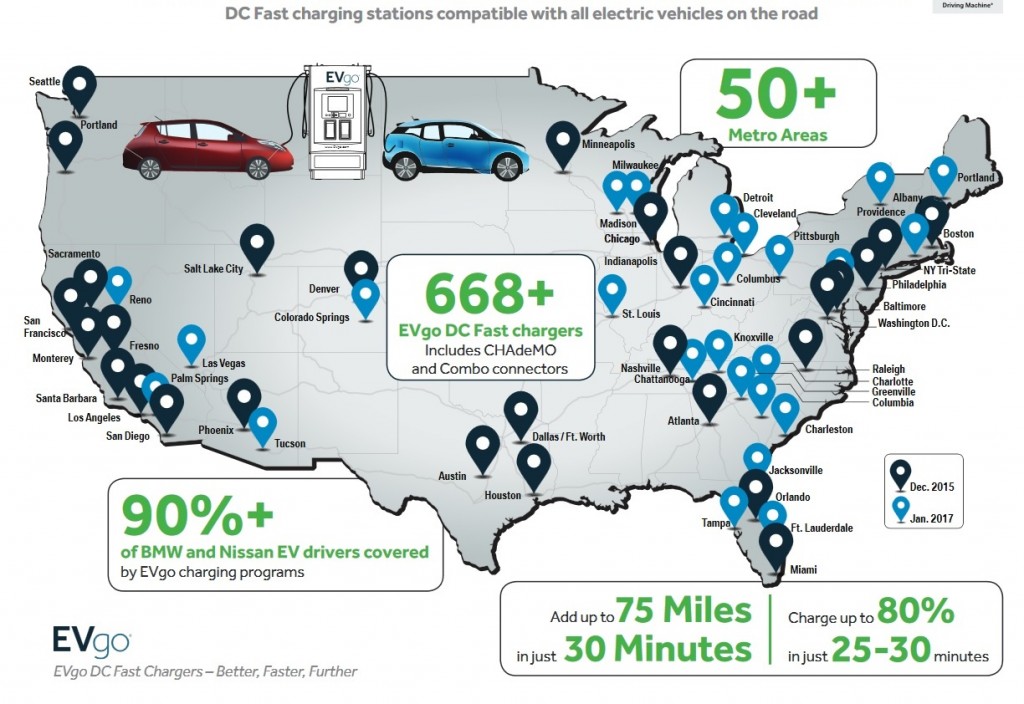 READ THIS: Where Are Electric-Car DC Fast-Charging Stations? Depends On The Car (Oct 2015)

The electric-car charging network was spun out of energy company NRG last year, and is now largely owned and operated by a private-equity firm. 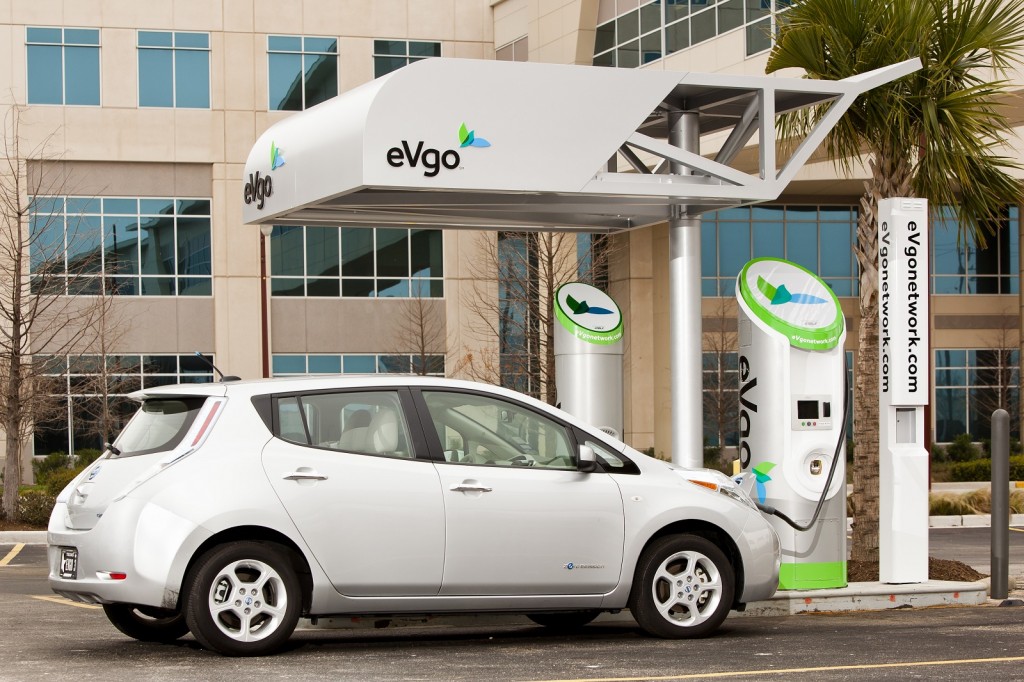 While Nissan contributed "the lion's share" of the funding, he said, it had worked well with BMW in the past and wanted to find a partner whose cars used the CCS charging standard to partner with on this latest expansion.

CHECK OUT: When can I buy a Chevy Bolt EV electric car? See state-by-state schedule

With the exception of fast-charging sites located on the property of franchised Nissan dealers, he said, all fast-charging locations funded by Nissan are installed as dual-standard stations.

Drivers of either maker's electric cars can locate fast-charging sites using their cars' navigation systems, as well as the BMW i Remote and Nissan EZ-Charge smartphone apps.

BMW had previously partnered with Volkswagen in 2014 and 2015 to install 100 dual-standard fast-charging stations along heavily-traveled East and West Coast corridors.