What's a "green car"? Is it a hybrid? A zero-emission vehicle? One that plugs in? Or just one that uses less fuel than other cars in its segment?

It's a perpetual conundrum, for Green Car Reports among others, but it illustrates one of the longstanding challenges in the field.

Will the market for green cars expand as more enter the market, or is it limited—and will newer kinds of green cars supersede older ones?

The question becomes particularly pointed when you look at U.S. sales of hybrid vehicles.

As the graph above shows, they peaked in 2013 and have fallen—both in numbers and as a share of the total new-vehicle market—since then. 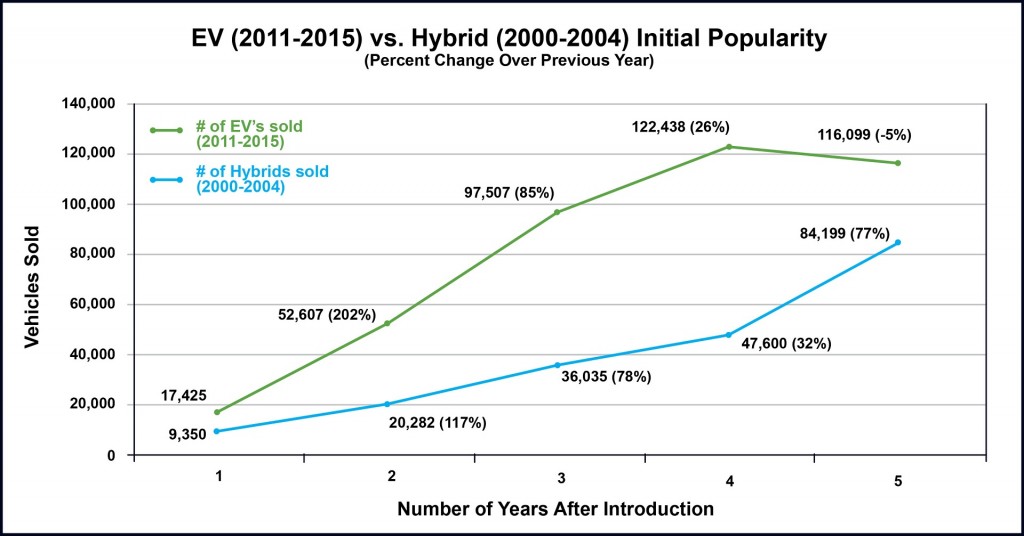 (Looking at the total sales numbers, the hybrid sales shown above do not include plug-in hybrids, which are counted separately from the total above.)

The image came in a tweet from Teryn Norris, a former White House appointee at the U.S. Department of Energy.

He wrote, "To appreciate the challenge of decarbonizing transport, see: 16 years since intro, hybrids are just 2 percent of U.S. auto sales—and falling from 2013 peak.

On top of that, an additional 84,000 battery electric vehicles were sold—bringing the green-car total to more than half a million, out of a total market last year of 17.55 million.

That's 2.85 percent of the total, or better than every hybrid market-share year except for the peak of 2013, when it was 3.2 percent. 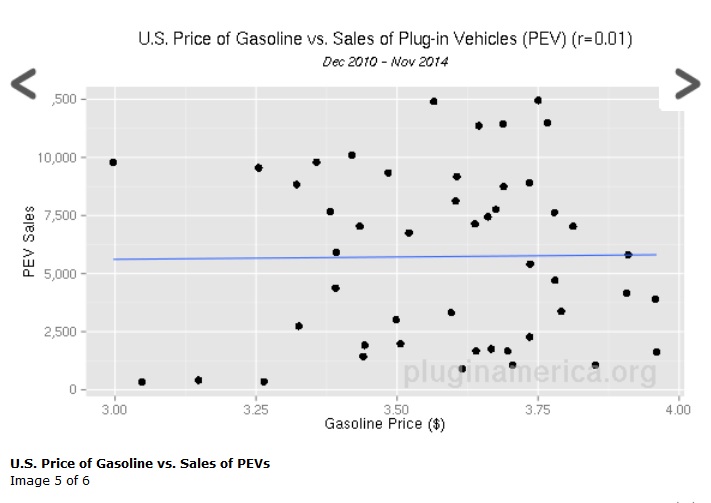 That said, the U.S. had higher gasoline prices in 2013 than it had during much of last year—and sales of conventional hybrid cars vary quite directly with gasoline price.

For the first four years of U.S. plug-in car availability, it didn't appear that gas prices had much effect on their sales, according to data compiled by Plug In America.

Since we covered the group's study two years ago, however, sales dipped for 2015 before rebounding strongly last year.

That can likely be attributed to two factors. First, last year's best-selling plug-in car in the U.S. was the Tesla Model S, starting at roughly $70,000.

Buyers of cars that cost that much are far less likely to base their purchase decisions on a car's fuel economy, unlike mass-market buyers.

For perspective, the average price of a vehicle sold in the U.S. last year was $35,000. 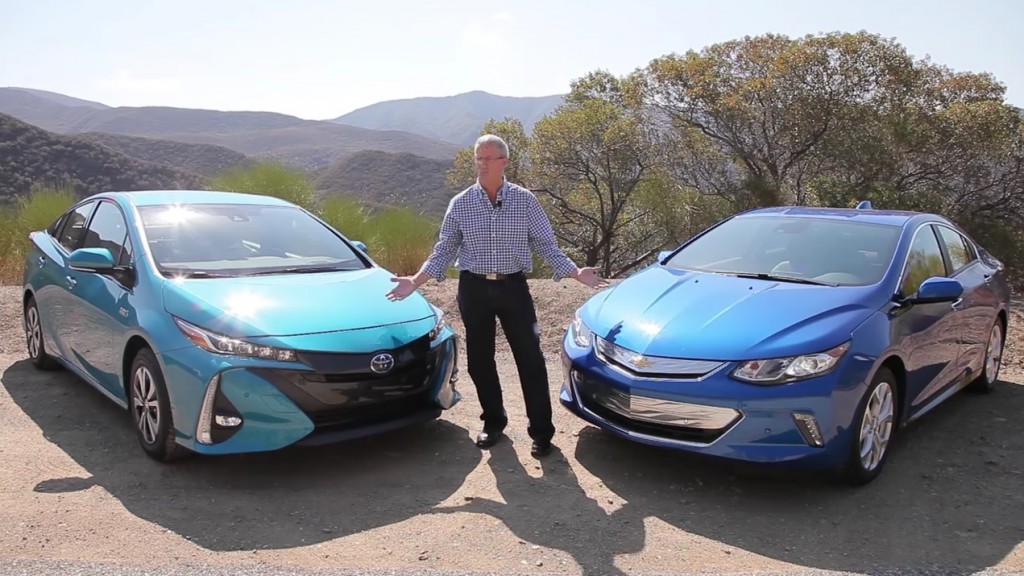 The second factor is that neither plug-in vehicles nor conventional hybrids sold in volume have been in the highest-growth segment of crossover utility vehicles.

Nor have they had the 200-mile range at a price below $40,000 announced in 2014 by both General Motors and Tesla Motors for vehicles to go on sale this year.

The Tesla Model 3 is promised for production before the end of this year, while the 238-mile Chevrolet Bolt EV is now rolling out to Chevy dealers across the country.

The Bolt EV and other mass-priced electric cars to follow over the next two years will likely test the idea that "green cars" will remain a tiny niche in perpetuity.

If those cars can sell better than today's green cars—the Toyota Prius lineup alone does more than 300,000 units in its best years—then perhaps they can appeal to a broader swath of the mass market.