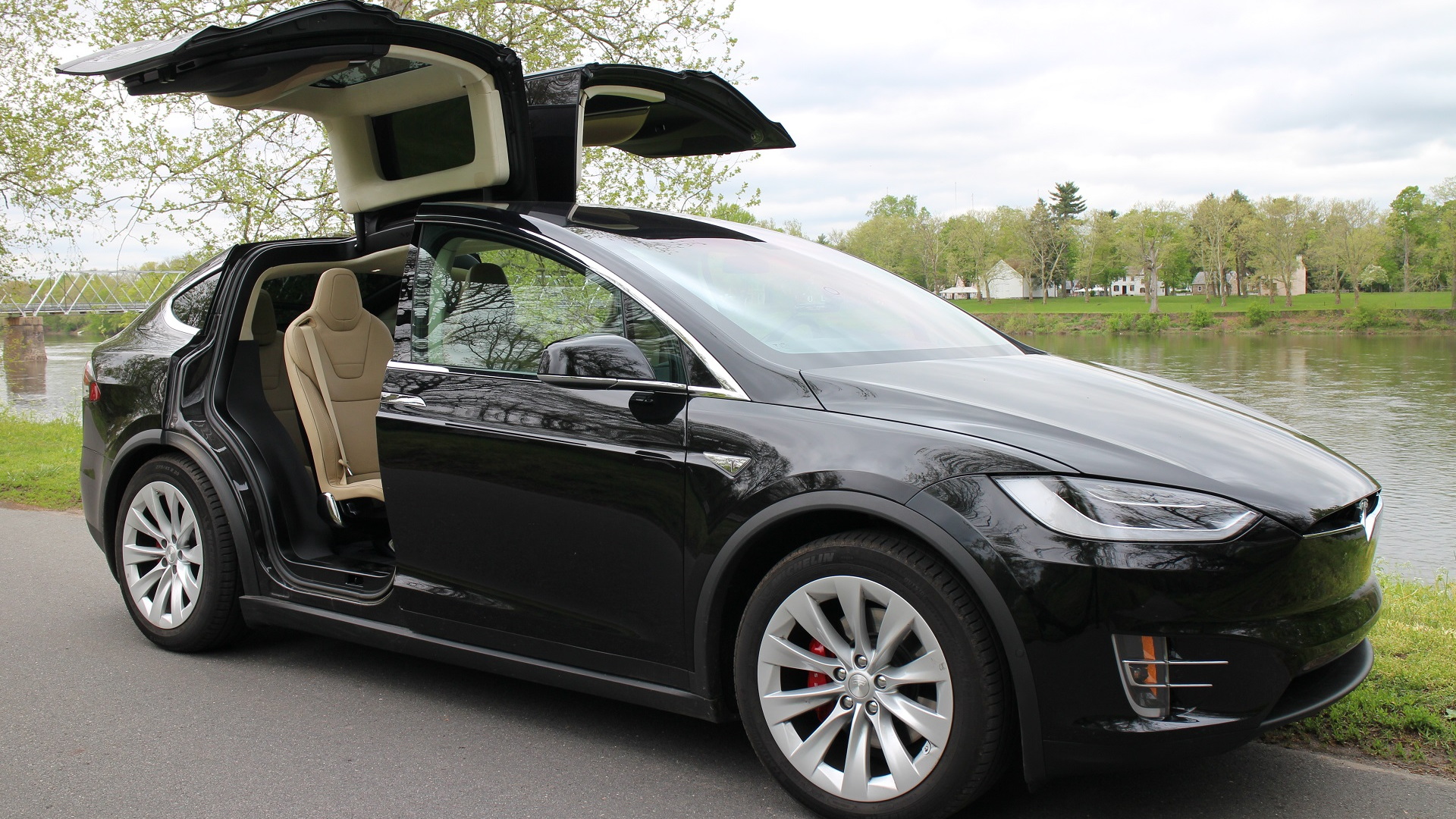 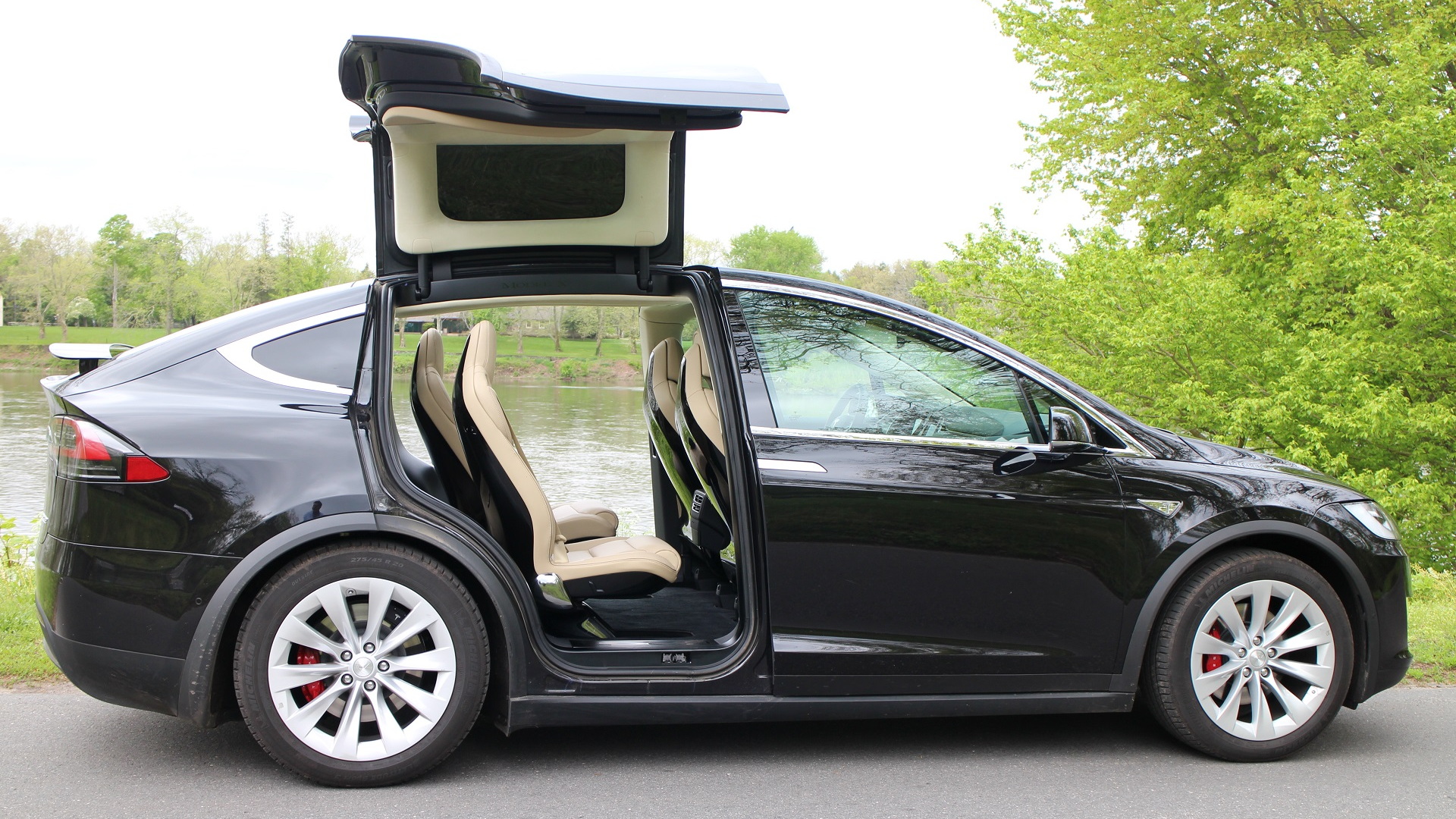 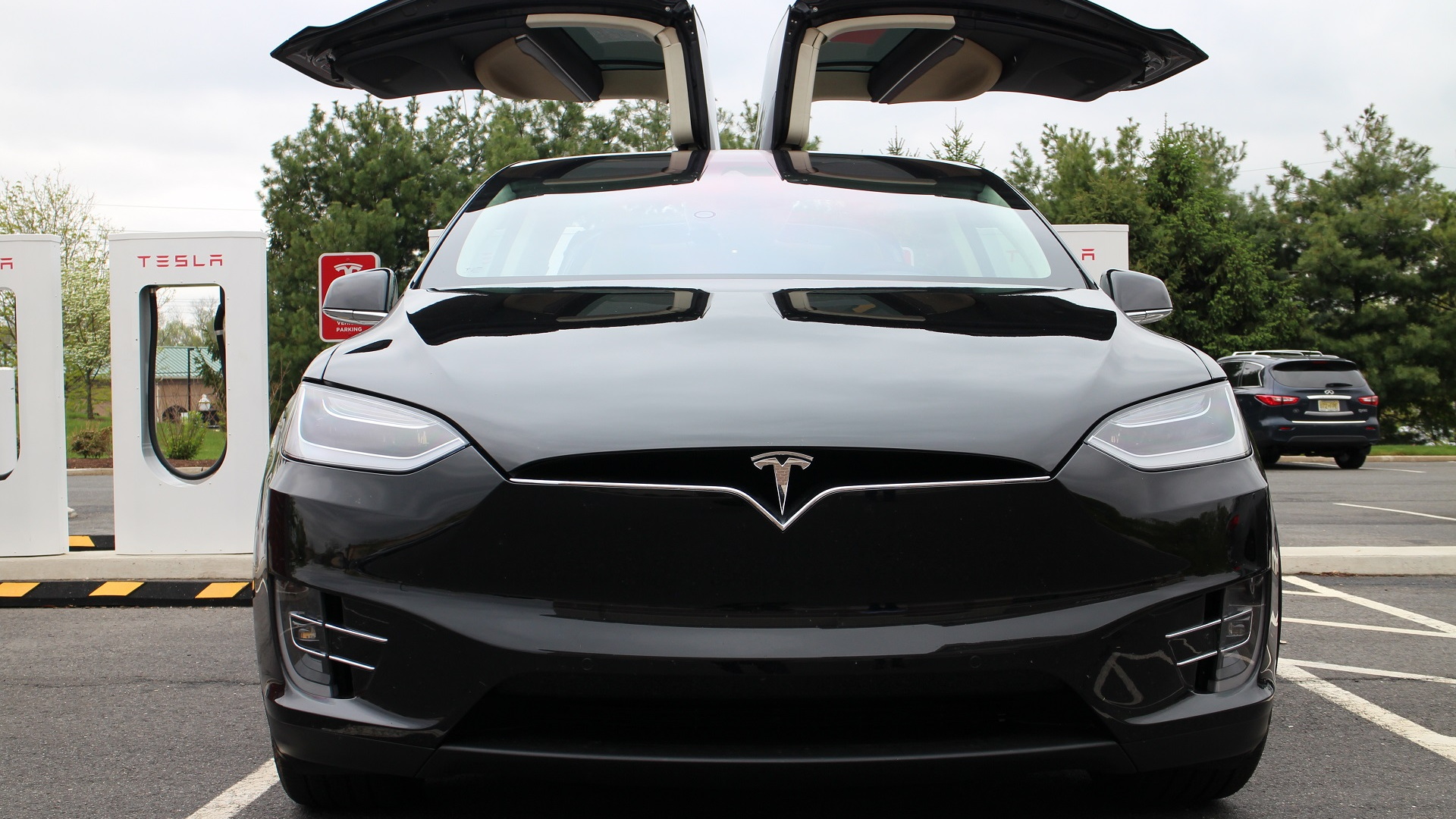 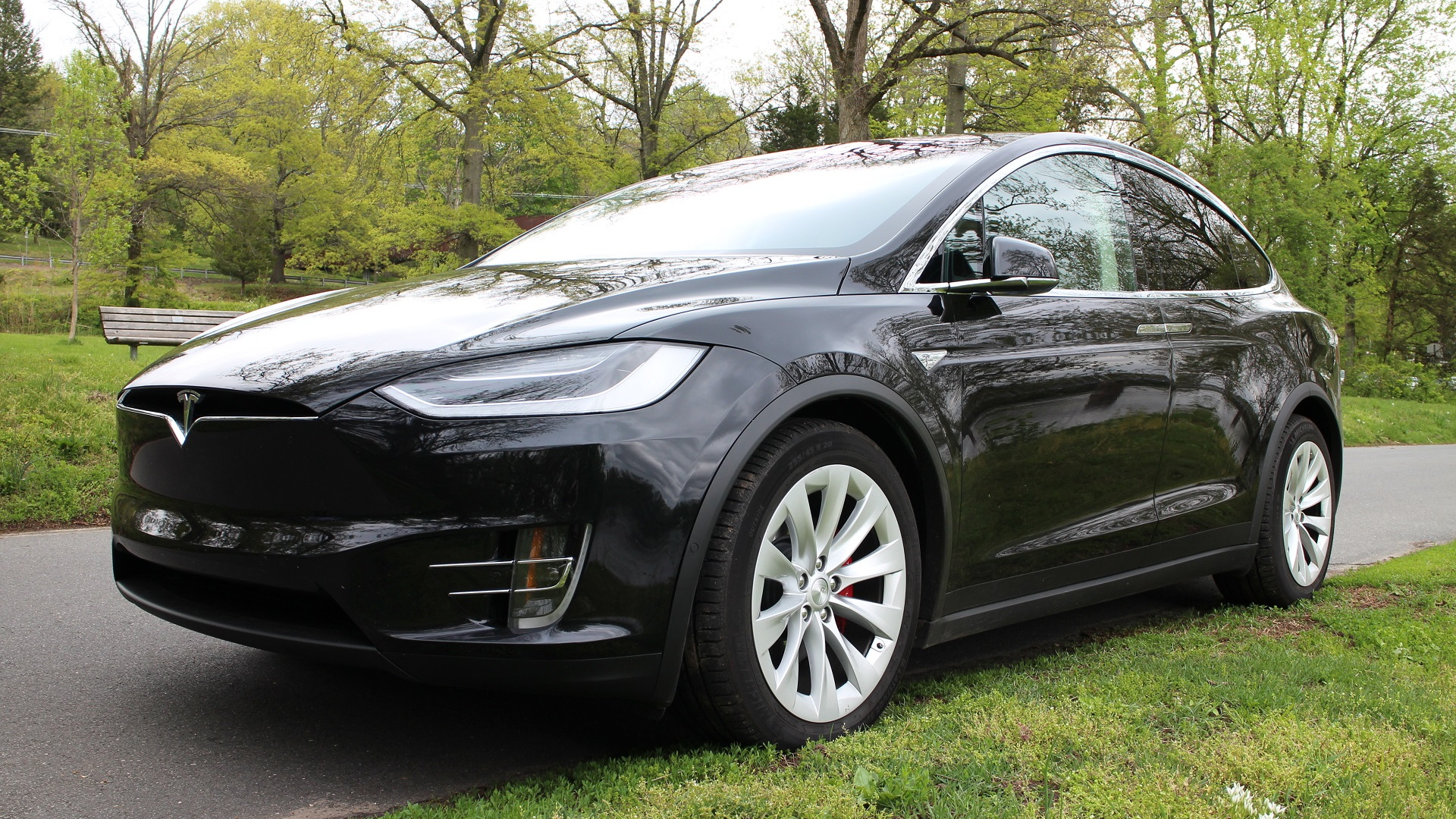 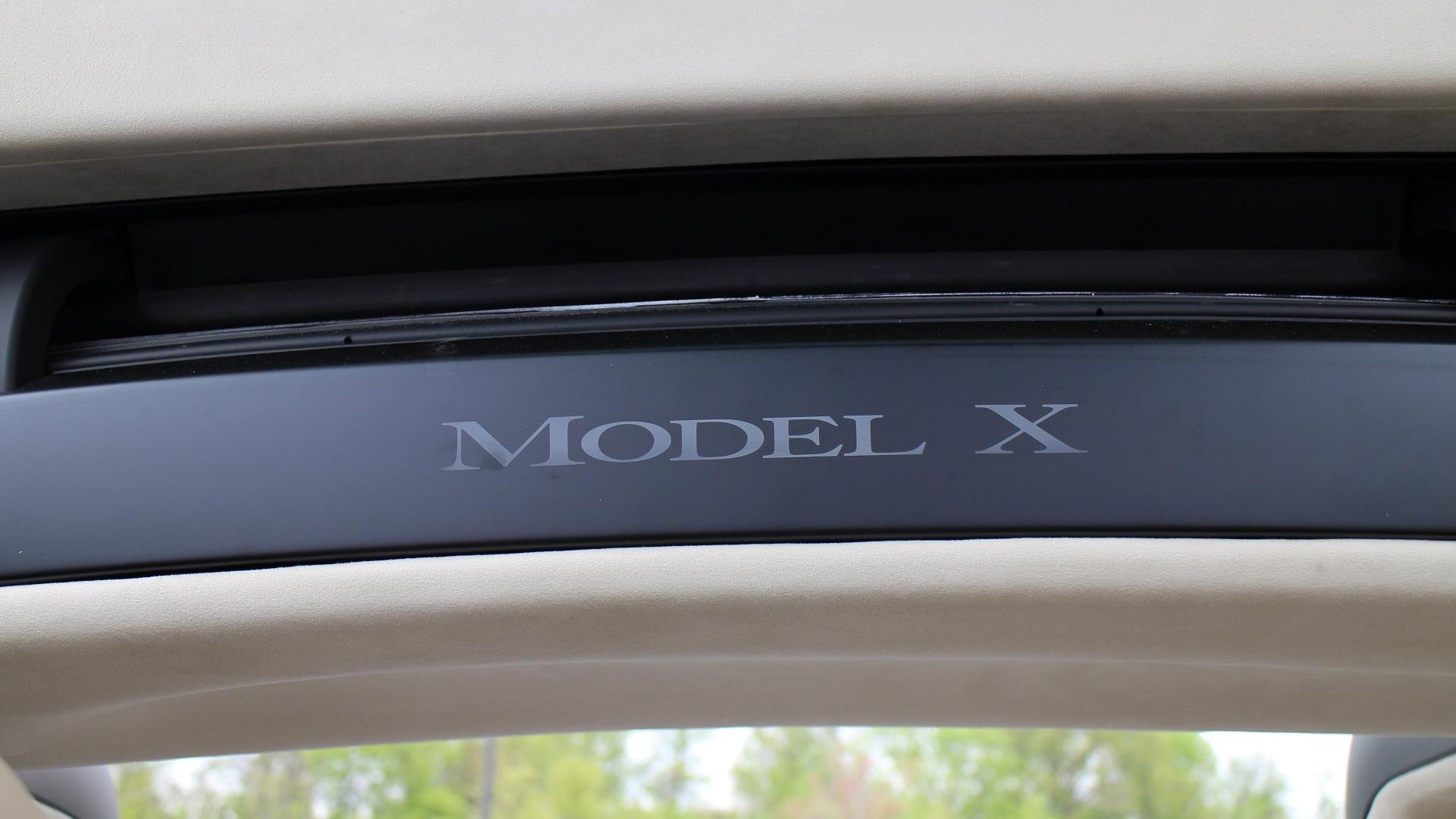 Pretty much any Tesla electric car is bound to start a conversation.

But as we experienced first-hand, the Model X has the most attention-getting device of any Tesla ever sold.

It's not the ground-breaking electric powertrain that uses roughly 8,000 tiny lithium-ion cells to deliver more than 200 miles of EPA-rated range.

It's not the Autopilot electronic driving-assist programs (about which much has been written, pro and con).

It's not even the luxury fittings inside the car, from the two-tone beige and black leather interior to the giant 17-inch diagonal touchscreen display in the center of the dash. 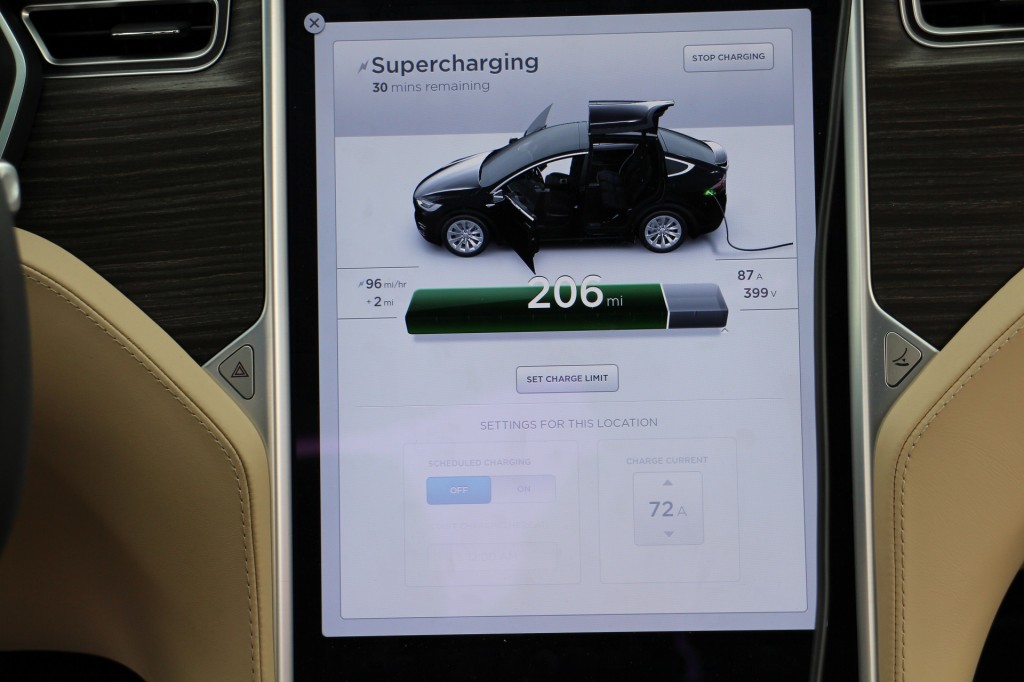 It is, instead, the "falcon doors" that open up the rear compartment by pivoting up and folding lengthwise from the spine of the roof panel.

Activated while charging the car's battery, they're enough to bring a fascinated shopper driving all the way from a different part of the parking lot to ask about them.

The falcon doors will go down in automotive history as a problematic solution (they've had repeated reliability glitches) to the challenge of rear-compartment access without the dreaded minivan sliding doors.

Tesla Motors CEO Elon Musk has admitted that if the company were starting from scratch, knowing what it does today, it might not design the Model X the same way.

Still, the Model X is what it is, and the company has now delivered at least 15,000 of them to buyers around the world.

It's the seven-seat family luxury vehicle that complements the Model S sedan (which is actually a five-door hatchback). 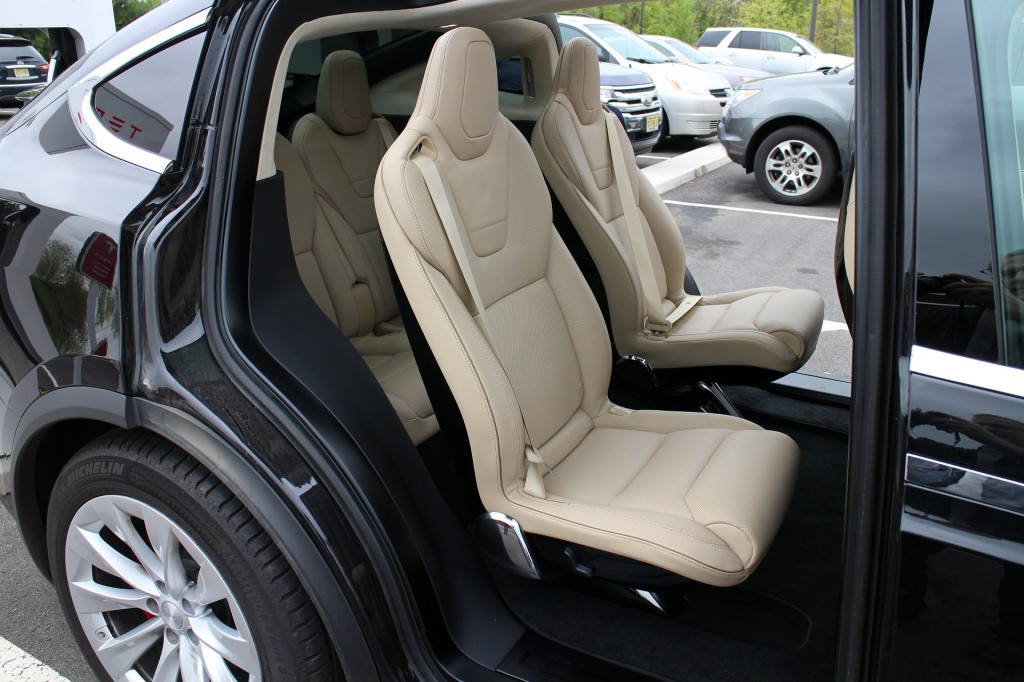 The Model X comes solely with all-wheel drive, though there are various seating options.

Unusually for a crossover, it doesn't offer fold-flat seats; the second row simply moves up against the backs of the front seats to provide as much load space as possible.

It does, however, offer an unusual feature for any electric vehicle: a rated towing capacity of 5,000 pounds.

CHECK OUT: Which green cars didn't make the cut for Best Car To Buy award?

And numerous videos have shown the Model X towing a variety of large things behind it, though owners admit it doing so plays havoc with the electric range.

Still, the Model X is a remarkable achievement, an electric car that competes right in the heart of the burgeoning luxury crossover and SUV segment.

Since we nominated the Tesla Model X as one of our three finalists for the Green Car Reports 2017 Best Car To Buy award, Tesla has eliminated the base version with the 60-kilowatt-hour battery pack. 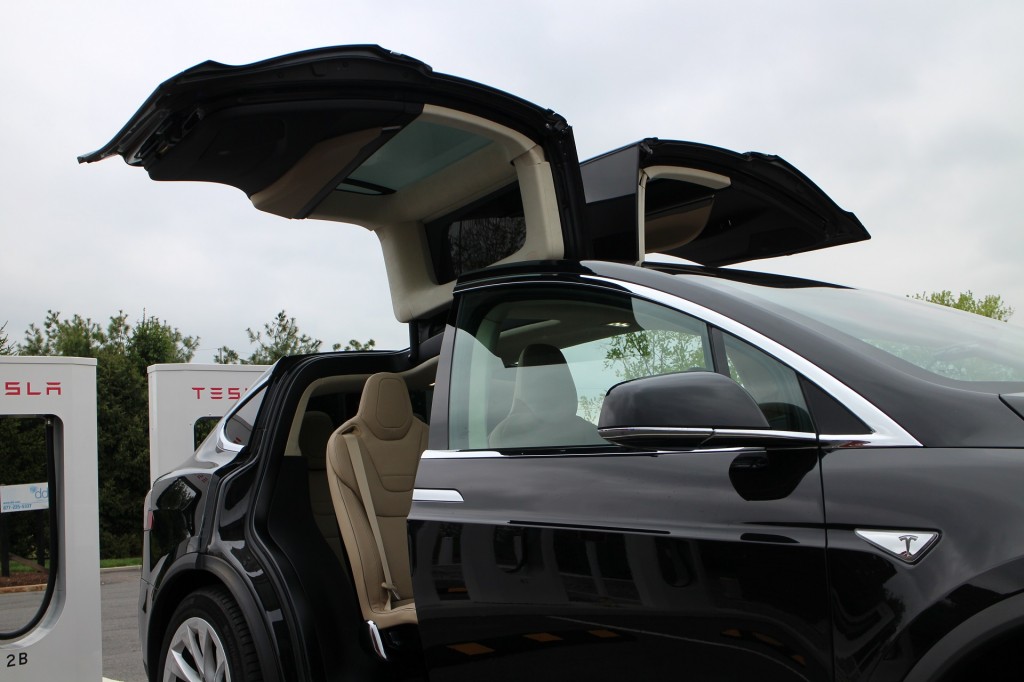 That means that any Model X equipped with the $5,000 Autopilot function and a further $3,000 for future self-driving capabilities is now most of the way toward a $100,000 price tag.

That likely doesn't bother buyers, as Tesla has consistently found its cars continue to be ordered in very high trim levels and with many options specified.

FOR BACKGROUND: One of these 3 cars will be Green Car Reports' Best Car To Buy 2017

For buyers who can afford it, the Model X is truly unique—no other vehicle competes with its range of technologies, capacities, and zero-emission travel with free fast charging at Tesla's Supercharger network.

Let alone those unique falcon doors, a feature we may never see replicated on any other vehicle.