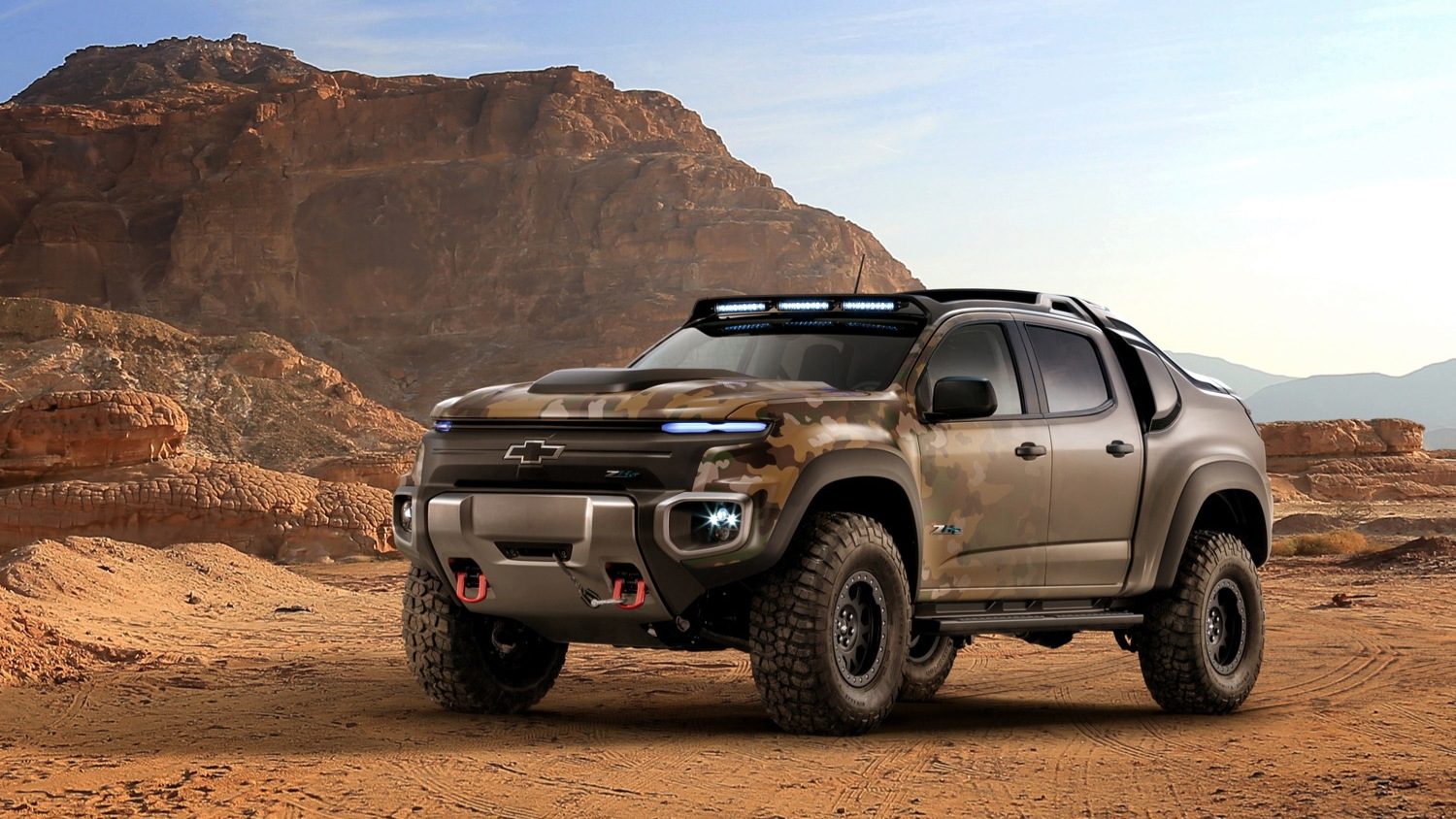 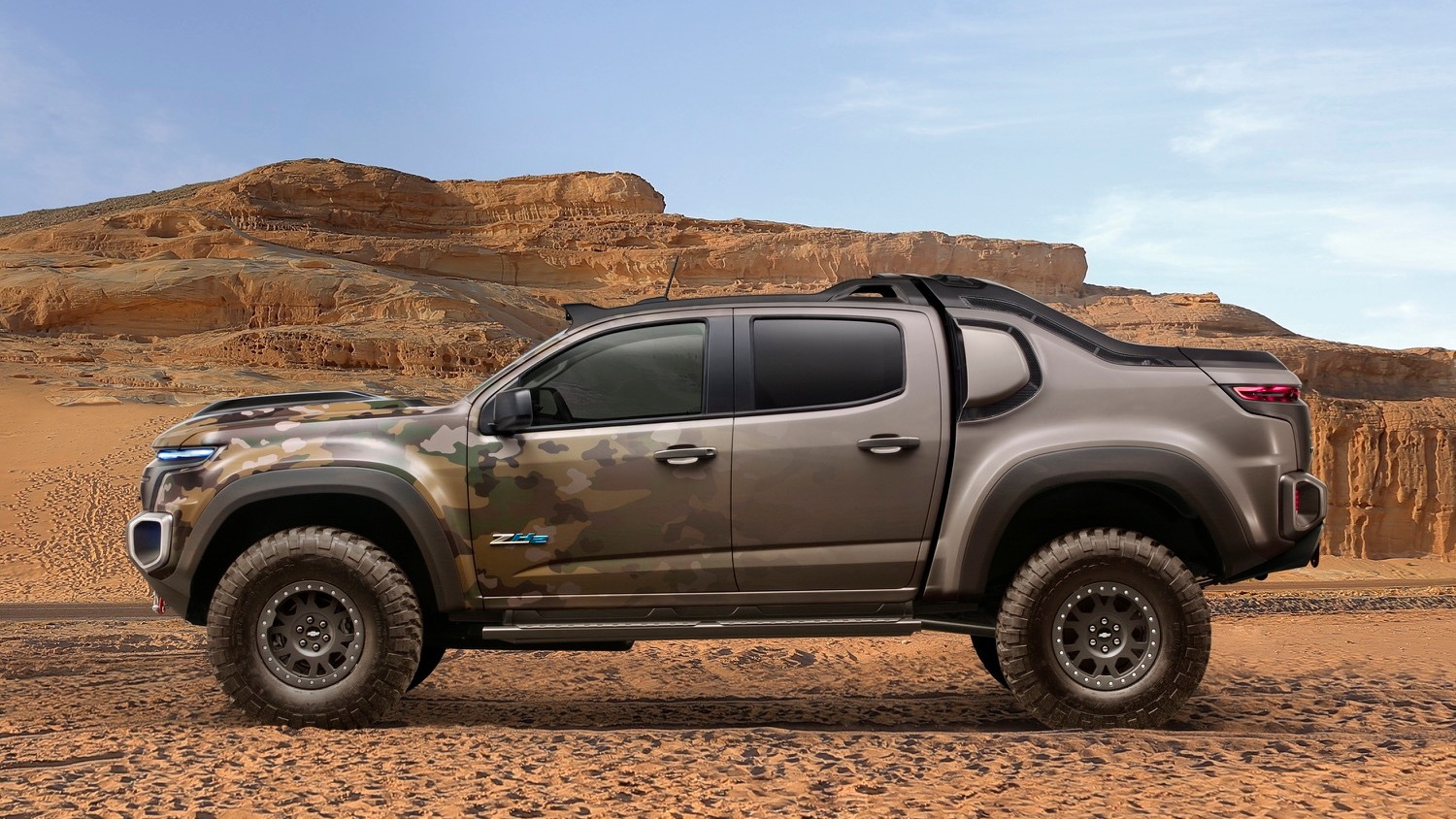 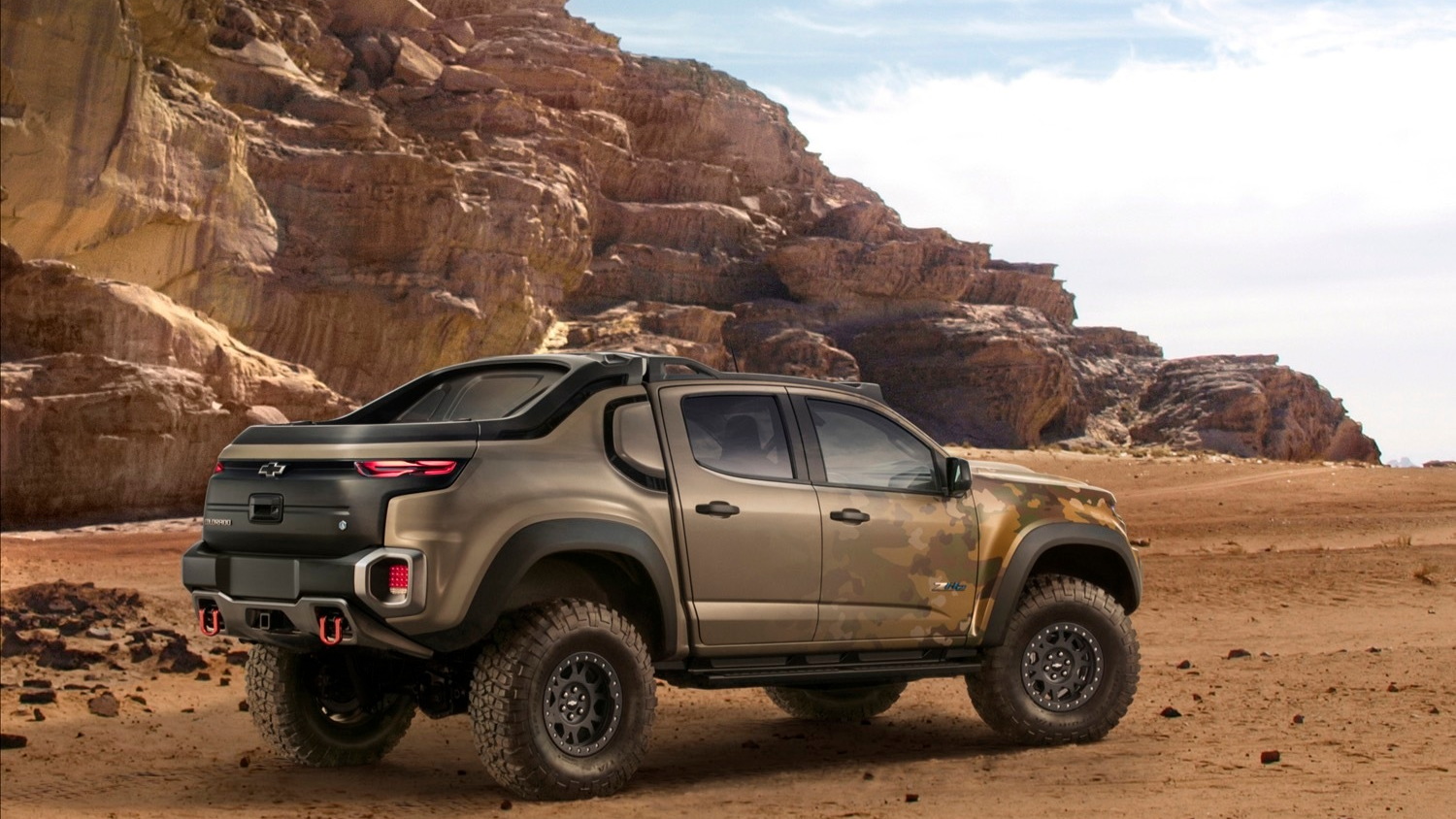 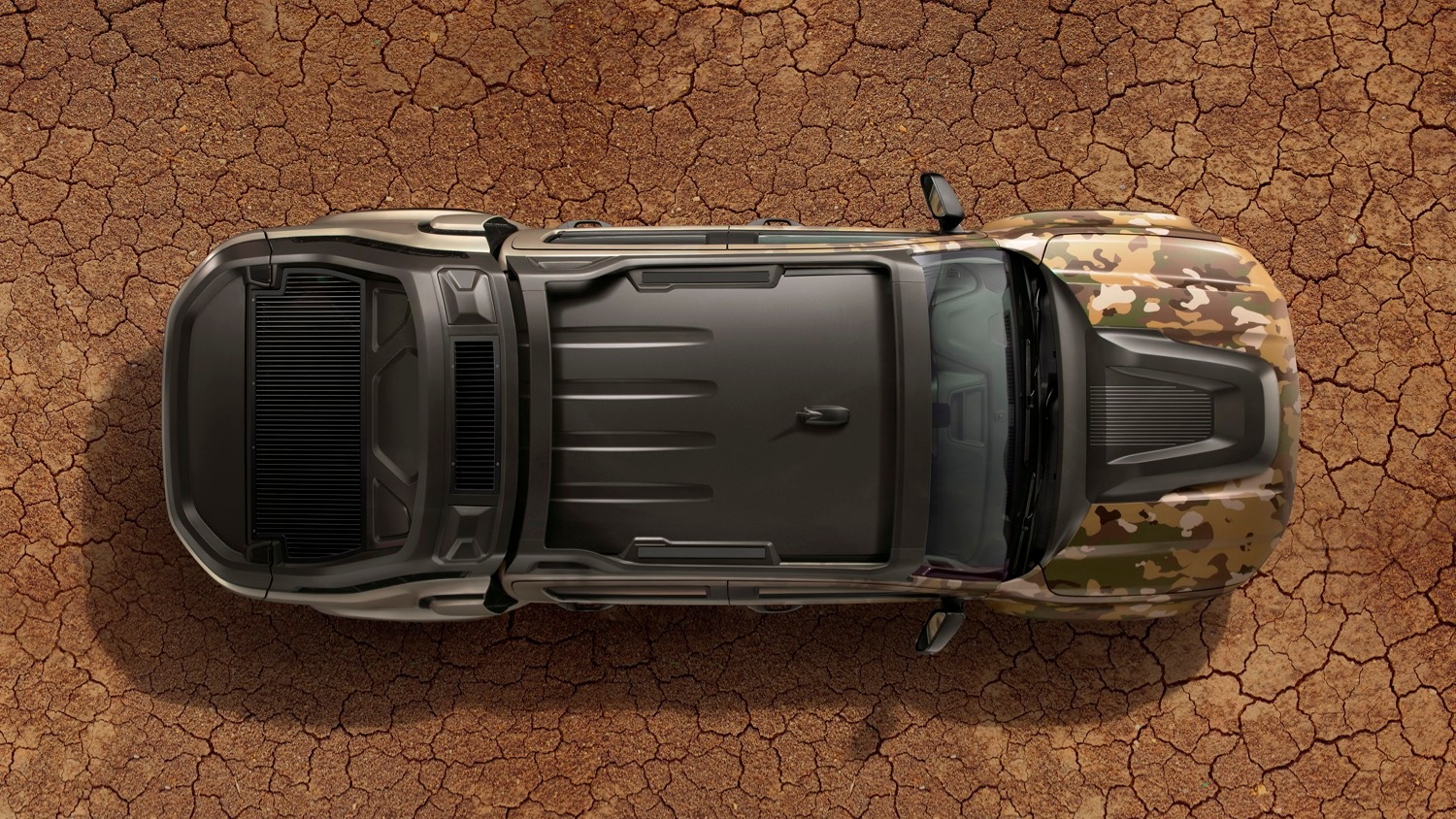 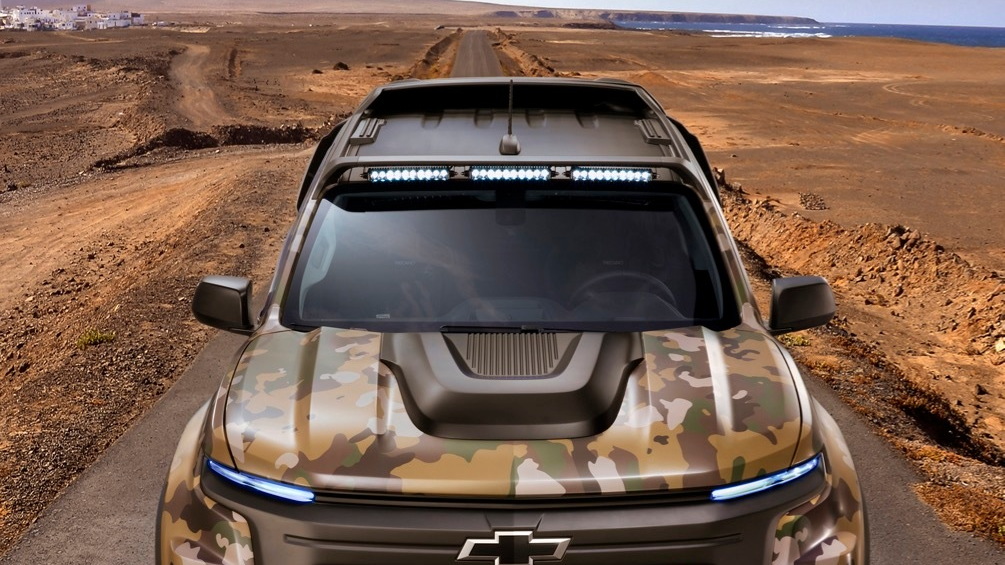 Almost a year after it was first announced, General Motors and the U.S. Army will soon begin testing their jointly-developed hydrogen fuel-cell vehicle.

Called the Chevrolet Colorado ZH2, it is based on a stretched version of the Chevy Colorado mid-size pickup truck chassis, with radically-different bodywork and numerous other modifications.

Unveiled at a meeting of the Association of the United States Army in Washington, D.C., the Colorado ZH2 is to begin field testing next year.

DON'T MISS: When will hydrogen fuel be available everywhere in the U.S.? Poll results

GM and the Army were reticent about details of the actual fuel-cell powertrain, but did note that the truck rides on 37-inch tires and a beefed-up suspension.

While the cab is still somewhat recognizable as that of a current-generation Colorado, the hood, fenders, front end design, and bed are quite different.

The ZH2 features an Exportable Power Take-Off (EPTO) unit, which allows its fuel cells to power equipment in remote areas without electricity infrastructure.

The flexibility of the EPTO is one of the potential benefits Army officials see in fuel-cell vehicles.

They also expect fuel-cell vehicles to be able to generate clean drinking water in the field, and believe the near-silent operation and instantaneous torque of electric motors could be assets.

The project is part of an ongoing partnership between GM and the Army's Tank Automotive Research, Development and Engineering Center (TARDEC), which handles development work for ground vehicles.

GM and TARDEC began working together in 2013, with the stated goal of developing better materials and designs for various fuel-cell components.

It helps that both entities operate large research facilities in Warren, Michigan, a suburb of Detroit.

Most assembly work on the Colorado ZH2 was done at GM's Advanced Vehicle Integration facility there.

Additional testing will be conducted at the carmaker's Milford Proving Ground in early 2017, before the truck is handed over to the Army for a year of field testing.

It claims that 119-vehicle fleet has now accumulated 3.1 million miles in the hands of 5,000 test drivers.

GM has a technology-sharing agreement with Honda to combine the two companies' development work on some parts of fuel-cell technology and vehicles.

CHECK OUT: Honda, GM To Build Factory For Fuel-Cell Production By 2025

But while Honda is poised to launch its 2017 Clarity Fuel Cell sedan in the U.S., GM hasn't committed to a production fuel-cell vehicle.

The Detroit carmaker has only said that it plans to have a commercially-viable fuel-cell system ready sometime around 2020.