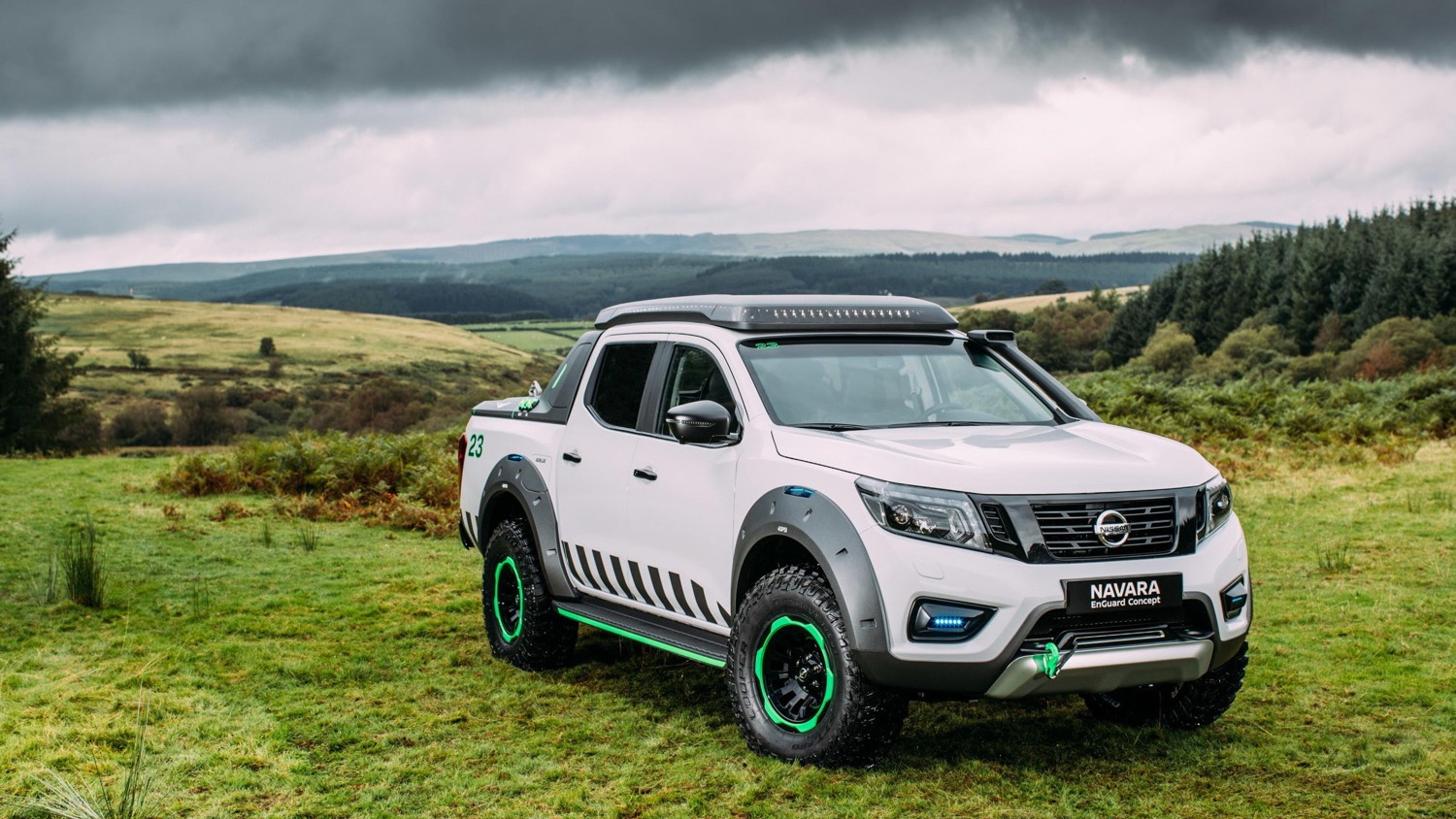 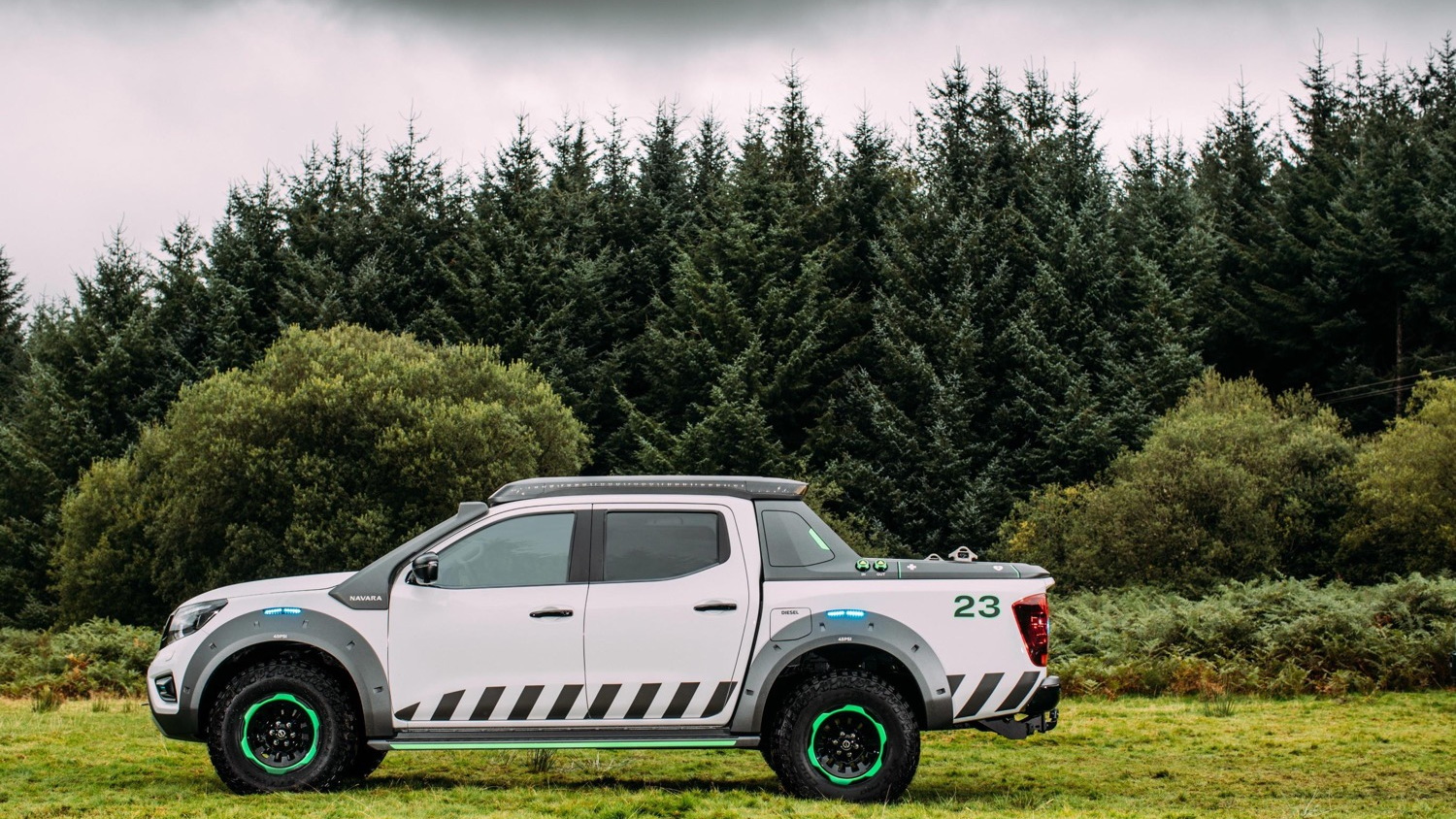 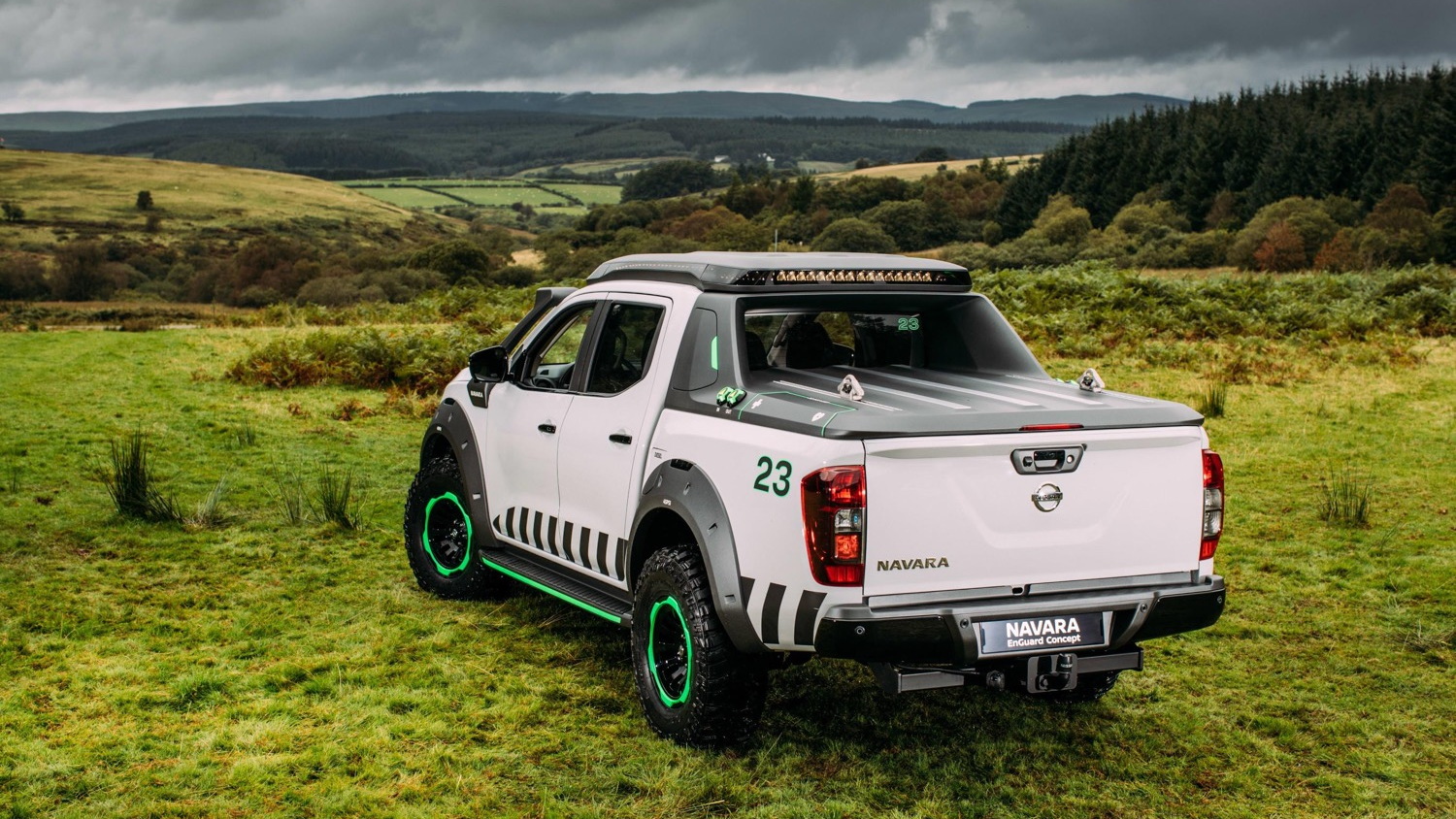 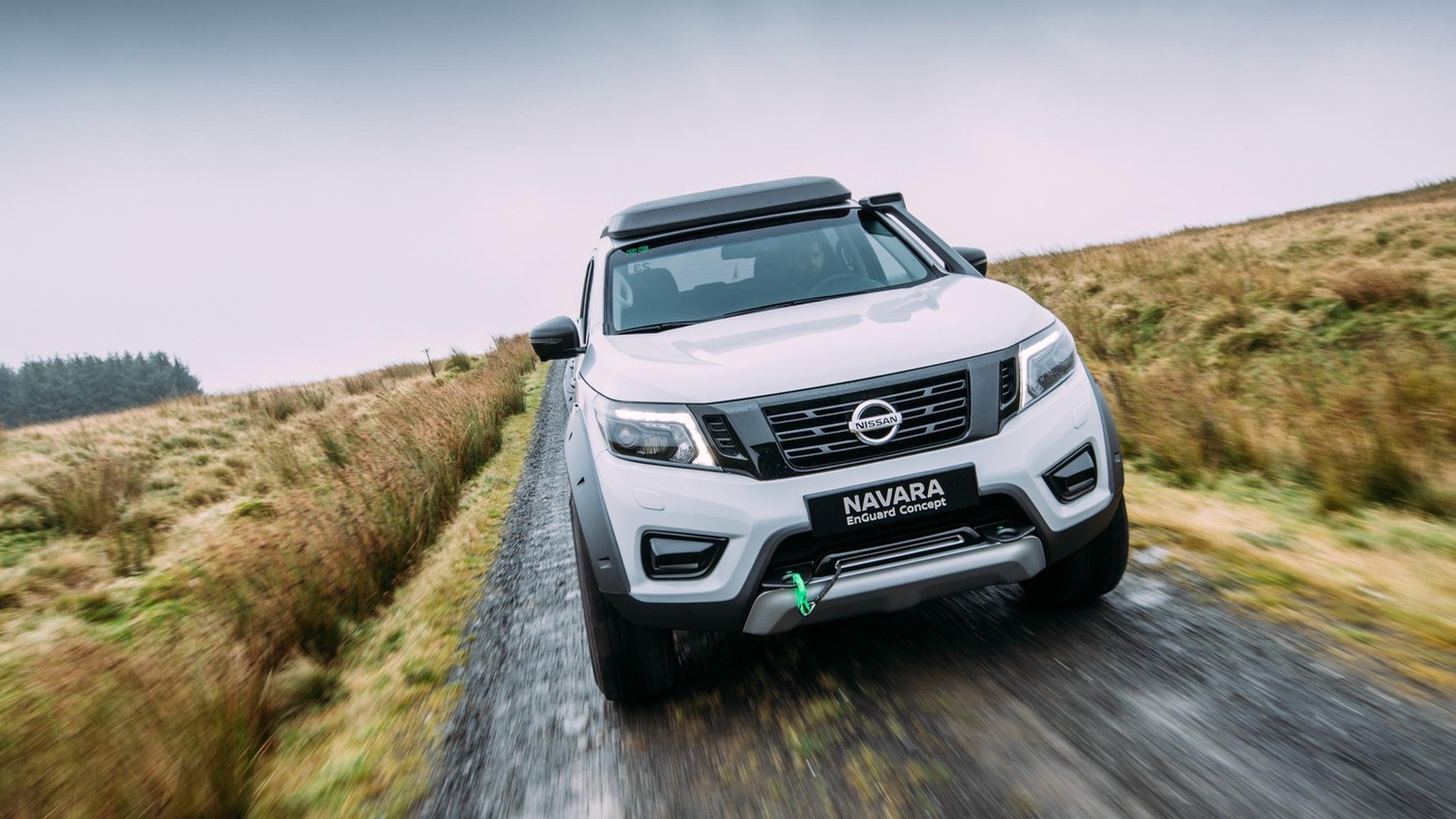 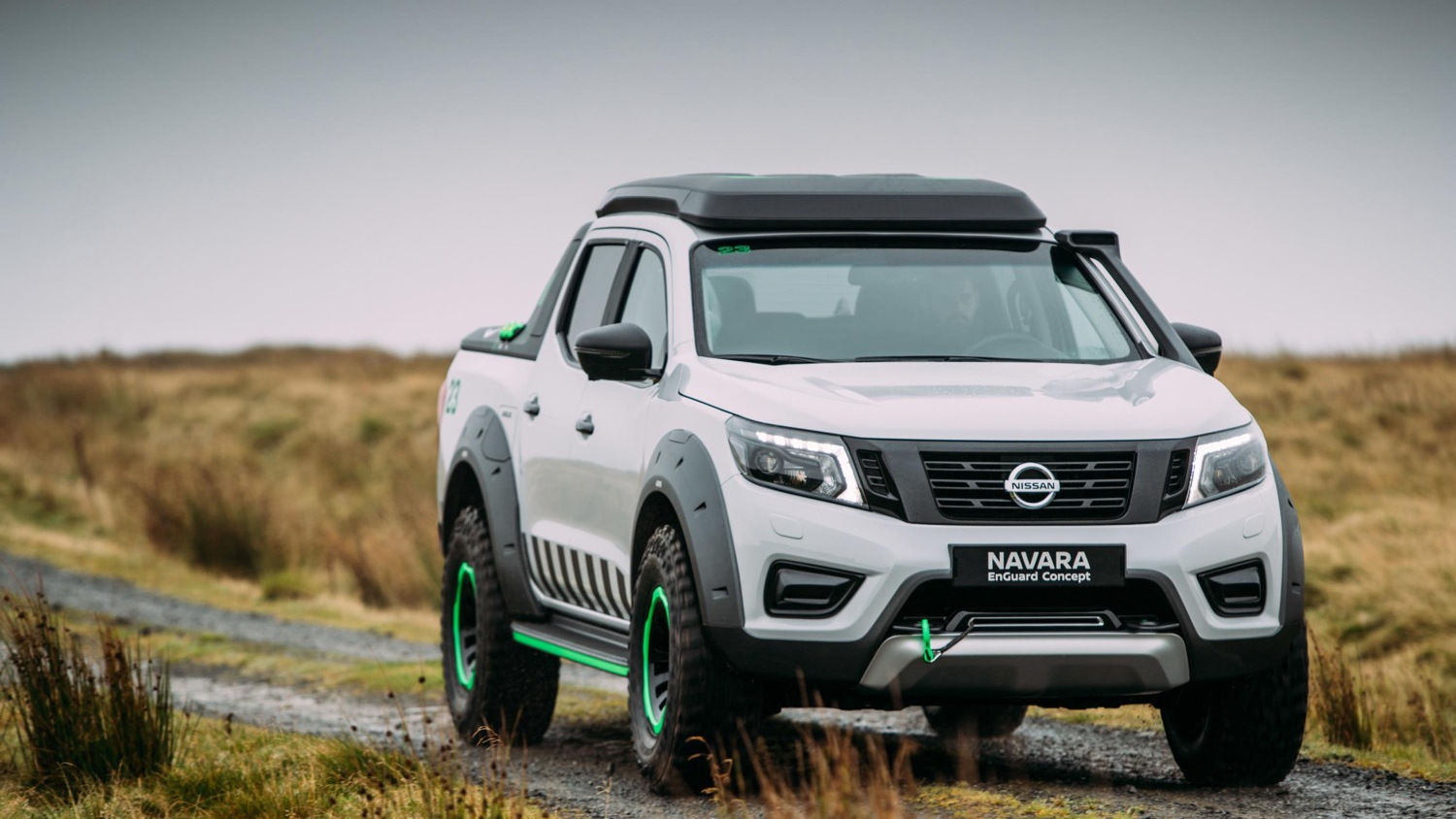 10
photos
At the 2016 IAA Commercial Vehicles show in Hanover, Germany, Nissan demonstrated an alternative use for the lithium-ion battery cells that comprise electric-car battery packs.

The Nissan Navara EnGuard concept does not have an electric powertrain, but it does have two onboard battery packs.

These packs are charged by the mid-size pickup truck's diesel engine, and used to provide power for tools and communications equipment for rescue workers in remote areas.

The pair of battery packs are portable, and fit into special slots in the truck's bed for storage and charging.

Each one contains seven battery "modules" of the same design used in the Nissan Leaf electric car.

The packs includes a pair of 220-volt AC sockets and three USB ports, accommodating power equipment, as well as the likes of smartphones and tablets.

The pair of battery packs leave enough space in the bed for two pull-out fiberglass trays, which contain equipment like two-way radios, ropes, an axe, and a first-aid kit.

The EnGuard concept is also equipped with its own drone—a DJI Phantom 4—which is controlled from a 20.5-inch display screen mounted near the back of the bed.

ALSO SEE: Nissan: your electric car is the fuel station of the future (video)

The truck itself is a lightly-modified version of the Nissan NP300 Navara mid-size pickup currently sold in markets outside the U.S.

Its 2.3-liter twin-turbocharged 4-cylinder engine is stock, as are the seven-speed automatic transmission and four-wheel drive system.

Nissan did upgrade the suspension, though. It also raised the roof of the cab slightly, and made some cosmetic changes.

The Navara EnGuard concept represents another attempt by Nissan to find uses for lithium-ion battery packs beyond electric cars.

It has experimented with using electric-car battery packs for energy storage, once they have degraded too much for continued automotive use.

Earlier this year, it also unveiled a line of home energy-storage packs in Europe using these "second-life" electric-car batteries.

Perhaps smaller packs similar to the ones used in the EnGuard concept will eventually make it production as mobile power sources as well.