While the Formula E series currently runs events around the globe with purpose-built open-wheel race cars, Electric GT organizers reasoned that fans would relate better to a series that used cars based on production models.

As the fastest and longest-range electric road car currently in production, the Model S was the only viable choice (though the organizers have said other cars could be added to the series in the future).

UPDATE, October 5: Environmental activists and race-car driver Leilani Münter announced that she would be the first American to compete in the Electric GT series, joining three Europeans in the Driver's Club.

Münter has a wide social-media following; her slogan is, "Never underestimate a vegan hippie chick with a race car."

As this initial glimpse at Electric GT's Model S race car shows, the car still had to be extensively modified for track duty.

Electric GT released a trailer and handful of images of the car ahead of its formal unveiling in Ibiza, Spain. 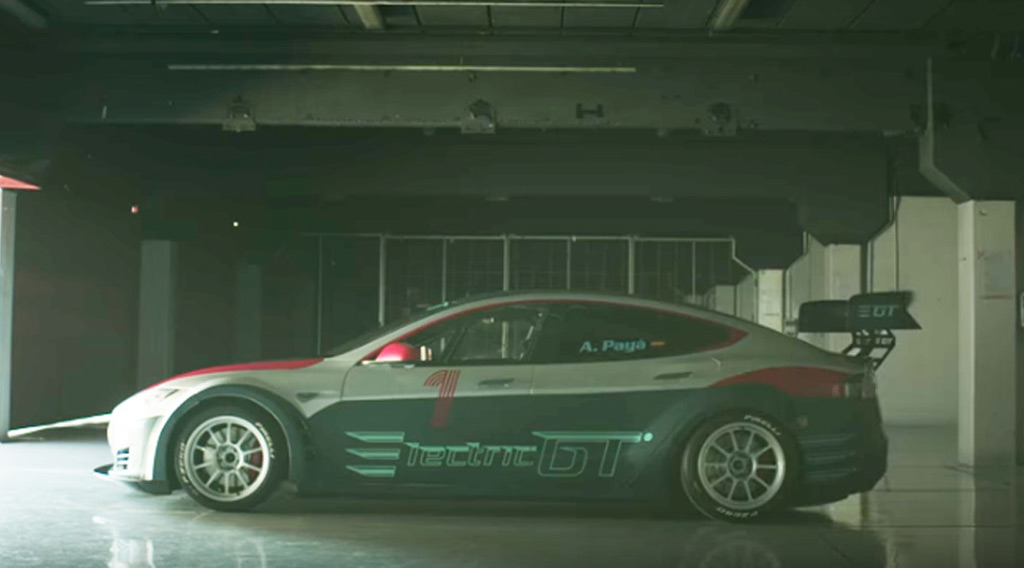 It's based on the Model S P85+, the highest-performance version of the Model S before the advent of the dual-motor all-wheel drive "D" variants.

It may not be the most powerful or fastest Model S variant, but organizers say they prefer the P85+ because its rear-wheel drive is better suited to track driving than all-wheel drive.

The powertrain remains stock, but modifications were made elsewhere.

The interior was completely gutted to save weight, although Electric GT retained the 17-inch central touchscreen display. 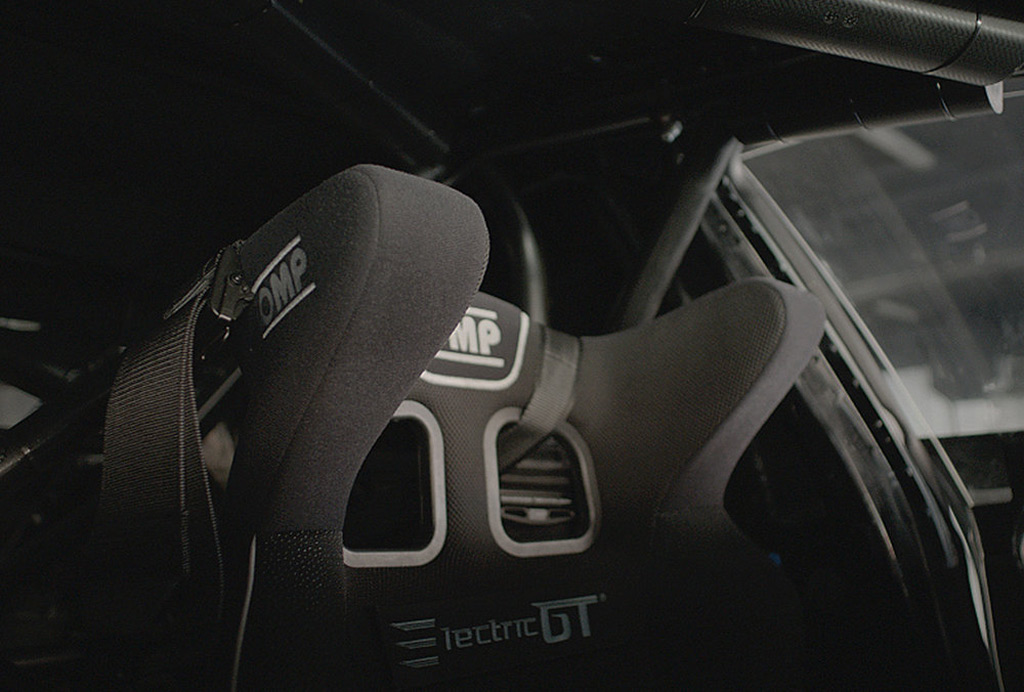 Some changes were also made to the suspension, and steering, according to organizers, along with modifications to increase brake cooling.

The Electric GT series is expected to kick off next year, with seven races planned.

Unlike Formula E—which uses temporary street circuits in a variety of cities around the world—all races will be held at traditional race tracks.

Each Electric GT event will consist of a 20-minute practice session, a 30-minute qualifying session, and two races of 60 kilometers (37 miles) each.

Organizers hope to use the races to promote green technology, and to use social media to generate buzz for the series.

The appeal of relatively quiet car racing remains unproven, but if nothing else, it should help eradicate any lingering traces of the "golf cart" criticism of electric cars.