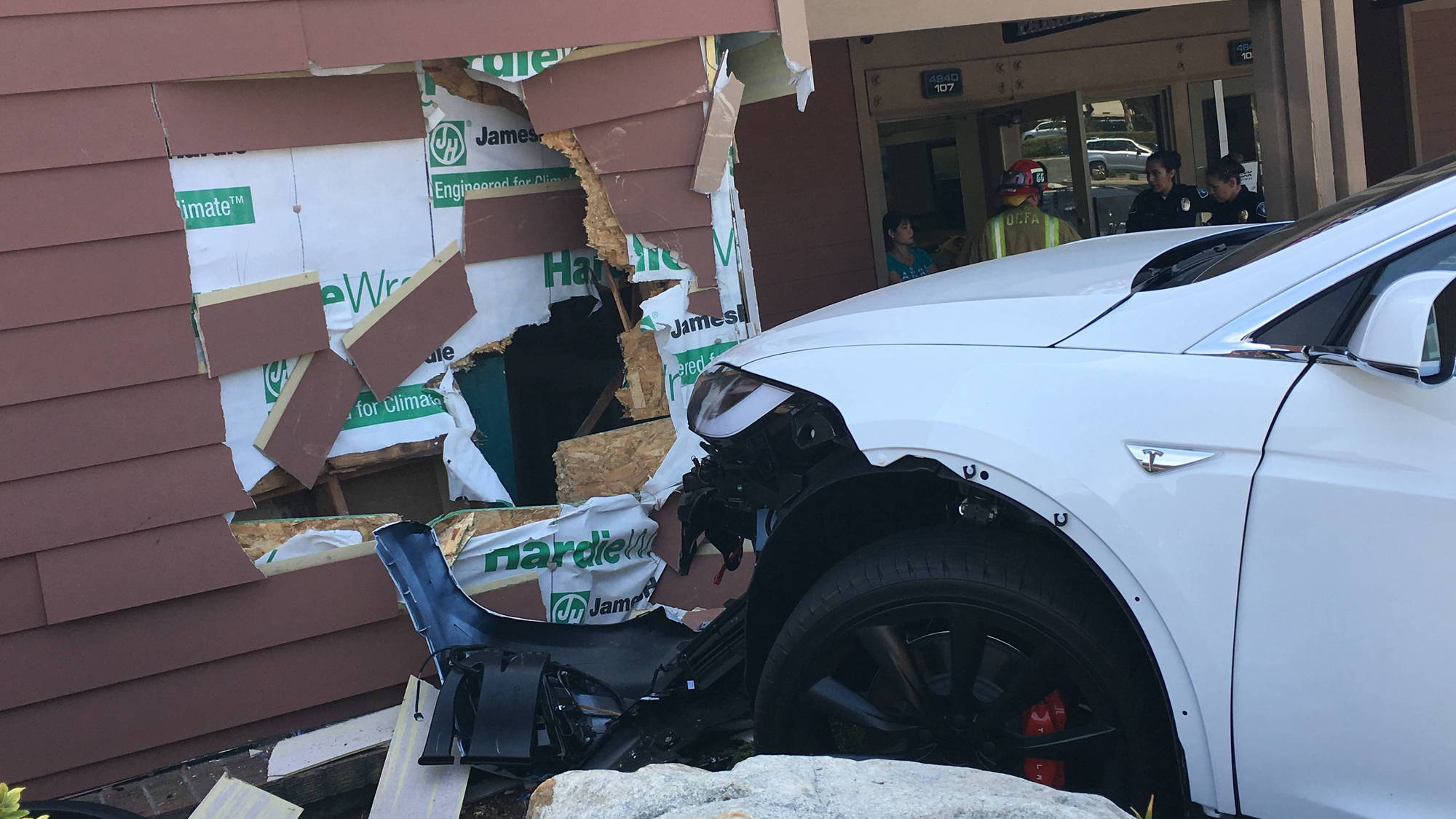 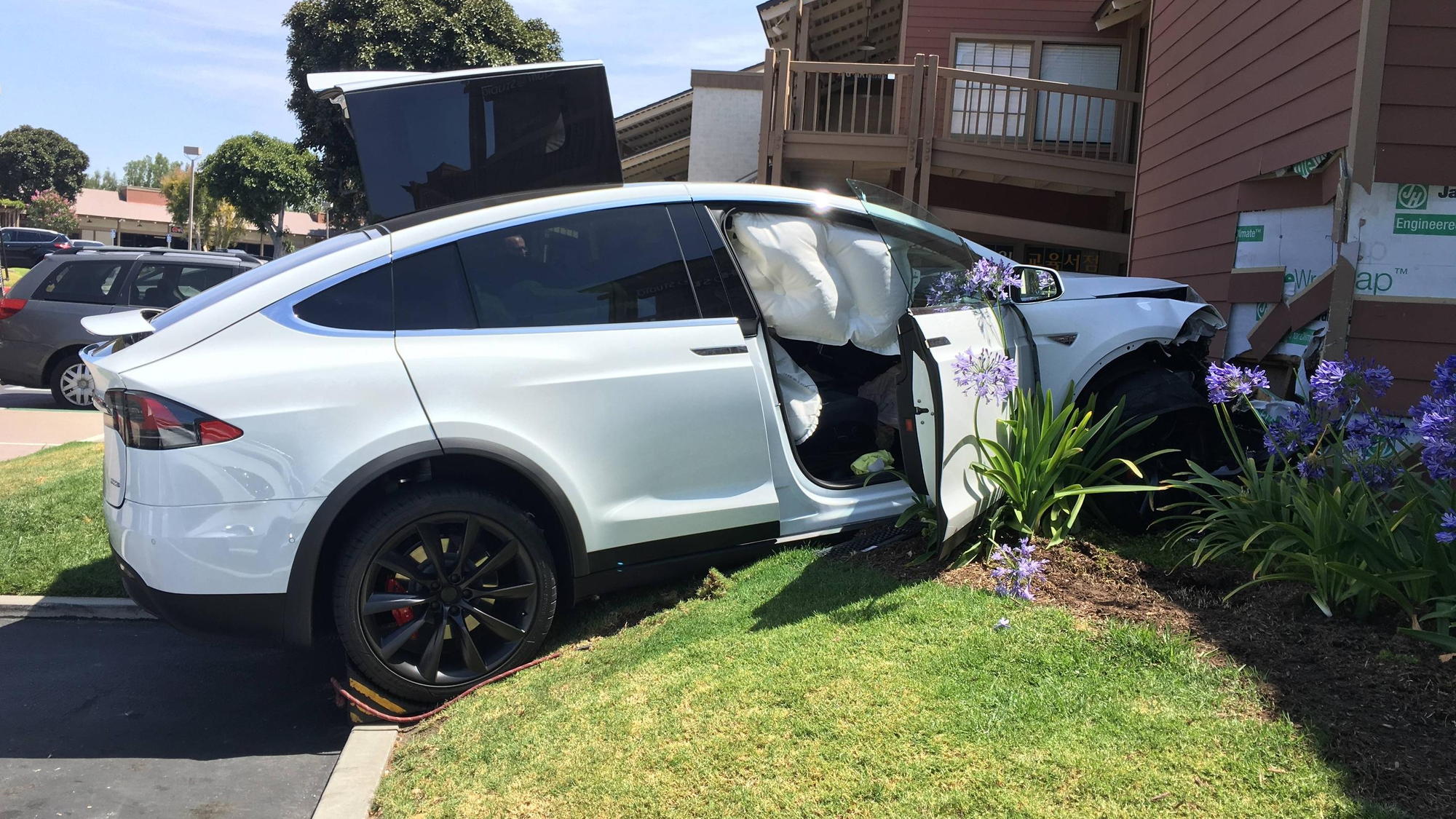 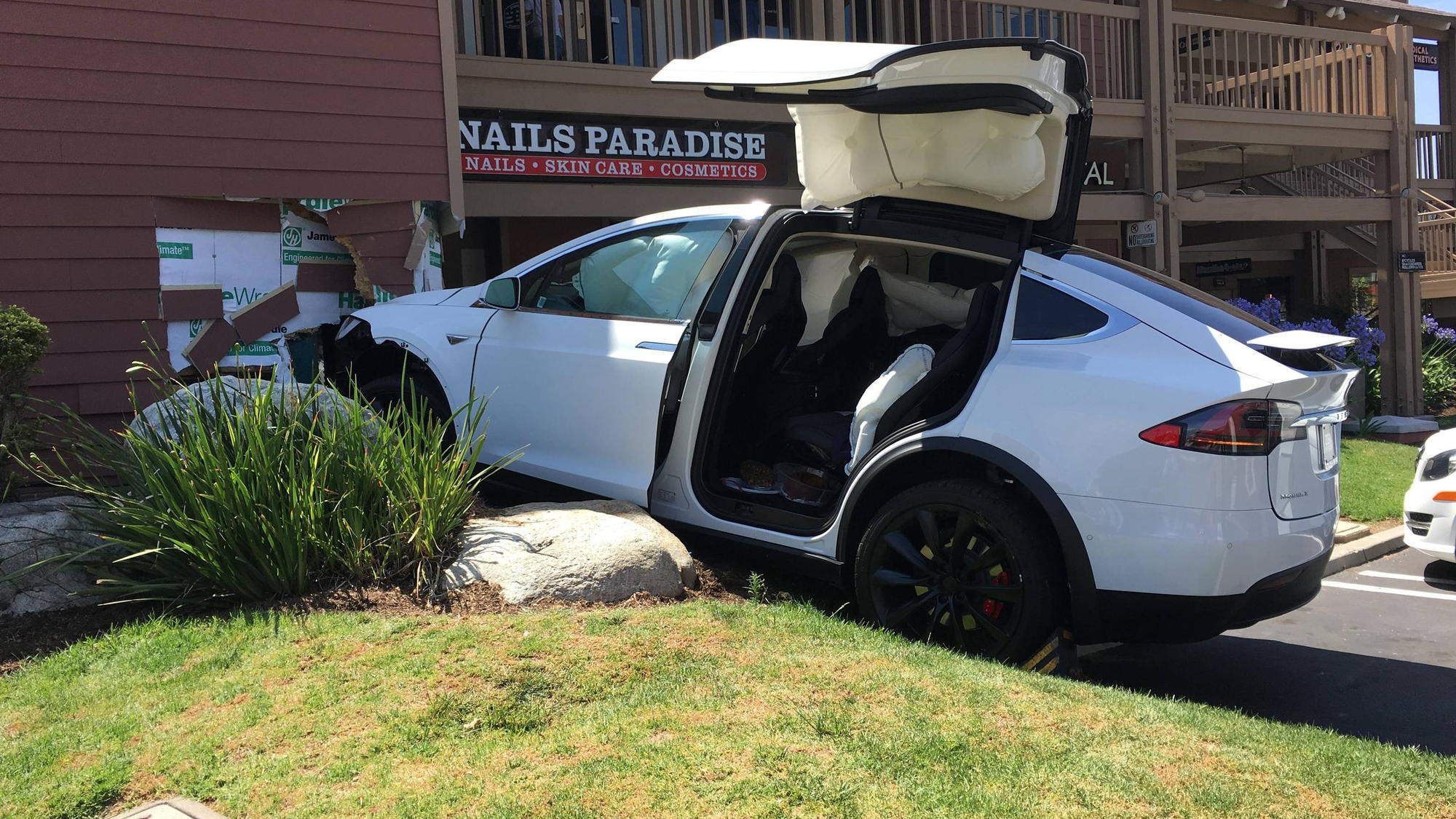 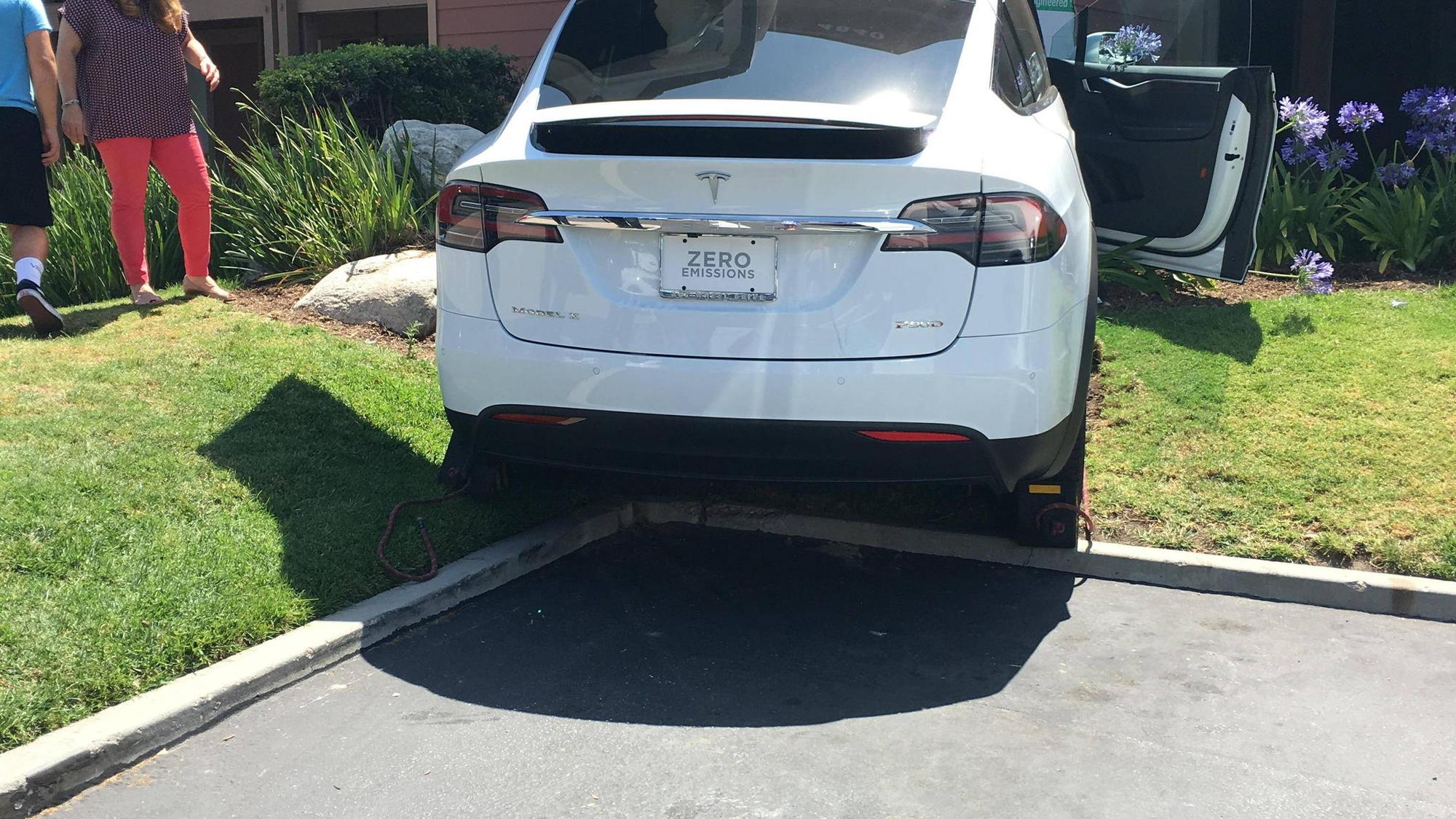 It started with a post two days ago on the owners' forum on the Tesla Motors website.

In it, an owner with the user name "Puzant" claimed that a five-day-old Tesla Model X electric SUV had accelerated out of control while parking.

Yesterday, Tesla denied that claim, and issued a statement saying that its log data on the car's operation showed that the owner had been accelerating.

The claim on the Tesla Motors forum was clear: "Our 5 day old Tesla X today while entering a parking stall suddenly and unexpectedly accelerated at high speed on its own climbing over 39 feet of planters and crashing into a building."

According to Puzant, no one was injured, but "my wife's arms have burn marks as a consequence."

Following suggestions from other forum members, Puzant then posted photos of the damaged Model X P90D, in which deployed airbags are clearly visible.

The account immediately recalls similar such claims from the 1980s (for the Audi 5000) and the later years of the last decade, in which various Toyota and Lexus vehicles were said to have accelerated out of control on their own.

In those cases, the Audi was found to have accelerator and brake pedals spaced close together, leading drivers to believe they were braking when actually they were accelerating instead.

The Toyota case was more complex; black-box data from various vehicles showed some drivers to have accelerated when they thought they were braking.

(In another case, an oversize floor mat from a truck fitted in a Lexus sedan by a dealer trapped the car's accelerator pedal in the open position.)

But while not all owners focus on the terms of their agreements with the electric-car maker, Tesla has the legal right to inspect all data on the car's operations that it stores and/or transmits back to the company.

And, in a statement released yesterday to Teslarati, the company said:

We analyzed the vehicle logs which confirm that this Model X was operating correctly under manual control and was never in Autopilot or cruise control at the time of the incident or in the minutes before.

Data shows that the vehicle was traveling at 6 mph when the accelerator pedal was abruptly increased to 100 percent. Consistent with the driver’s actions, the vehicle applied torque and accelerated as instructed.

Safety is the top priority at Tesla and we engineer and build our cars with this foremost in mind. We are pleased that the driver is ok and ask our customers to exercise safe behavior when using our vehicles.

In other words, despite the passive voice used in the company's statement, the vehicle data from one or more pedal sensors show that the driver floored the accelerator.

Which was the case in a number of the so-called "Toyota Prius sudden acceleration" cases as well.

At the time, some Toyotas were capable of storing a few seconds of the car's most recent operating data in their event-data recorders—better known in aviation circles as black boxes.

At the height of the Toyota publicity, legislation was introduced to require black boxes to be fitted to all new vehicles sold in the U.S. It was never enacted into law, however.

But what Tesla has fitted to its cars is simply a black box that transmits its data back to the company.