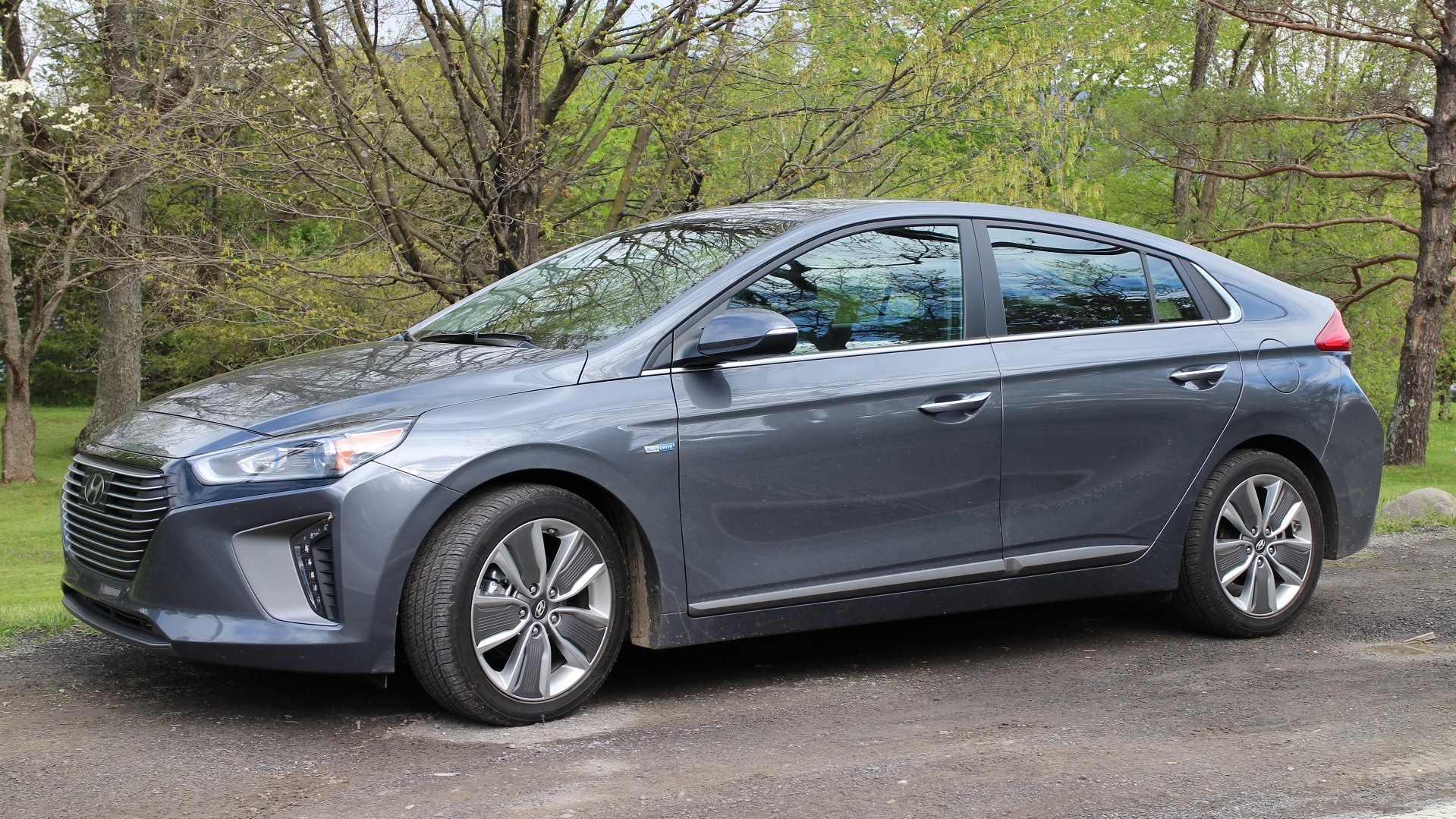 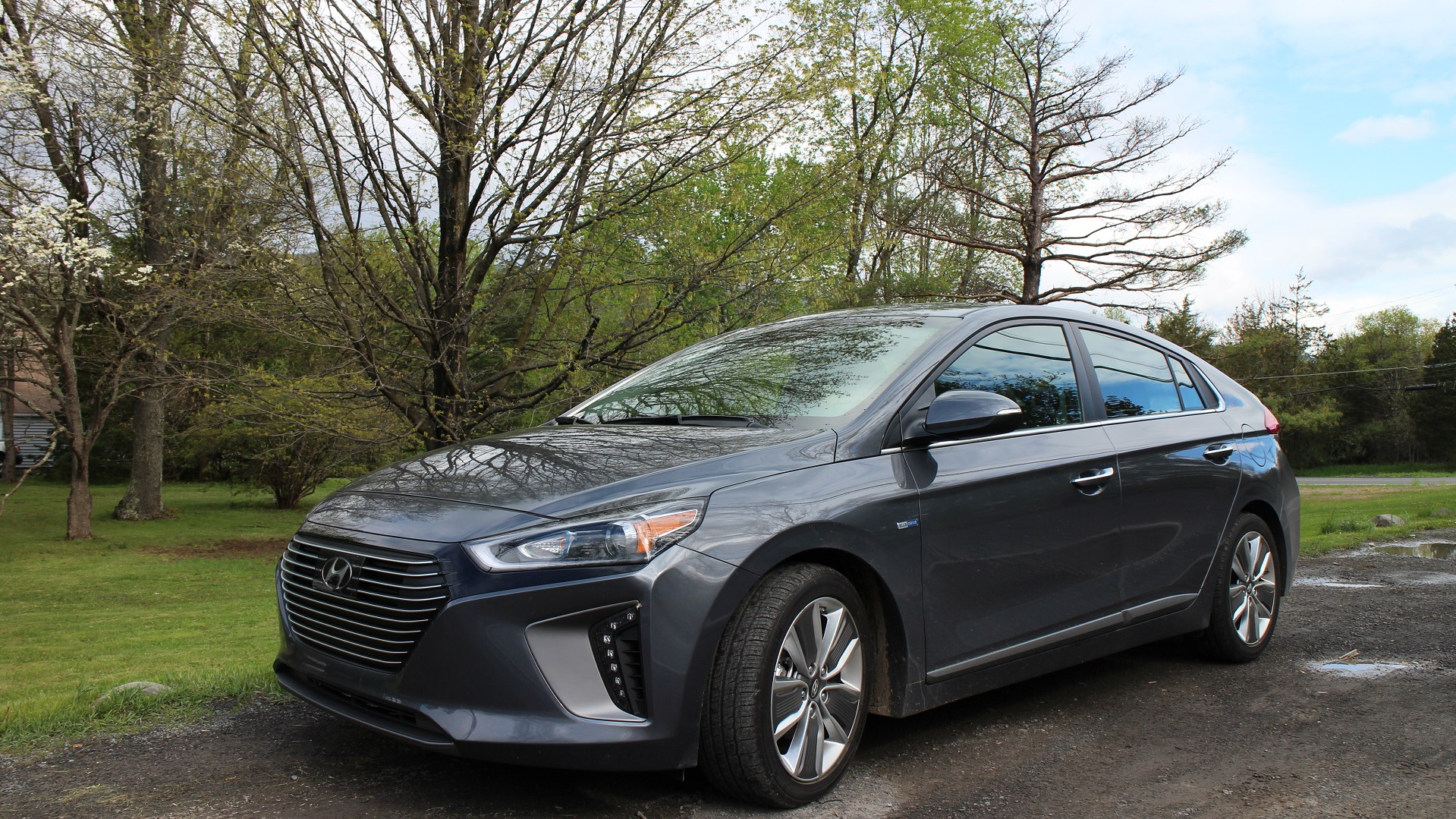 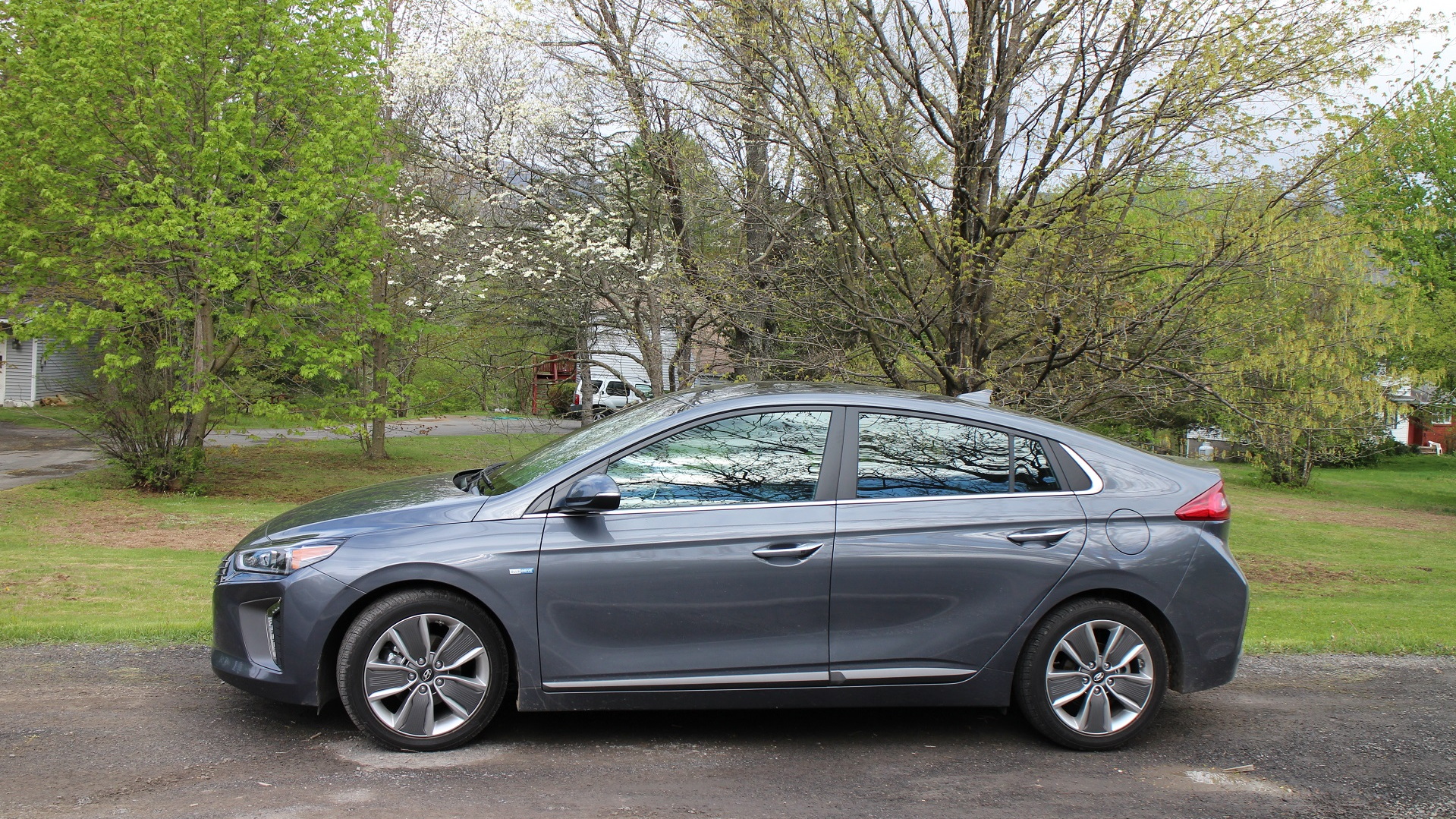 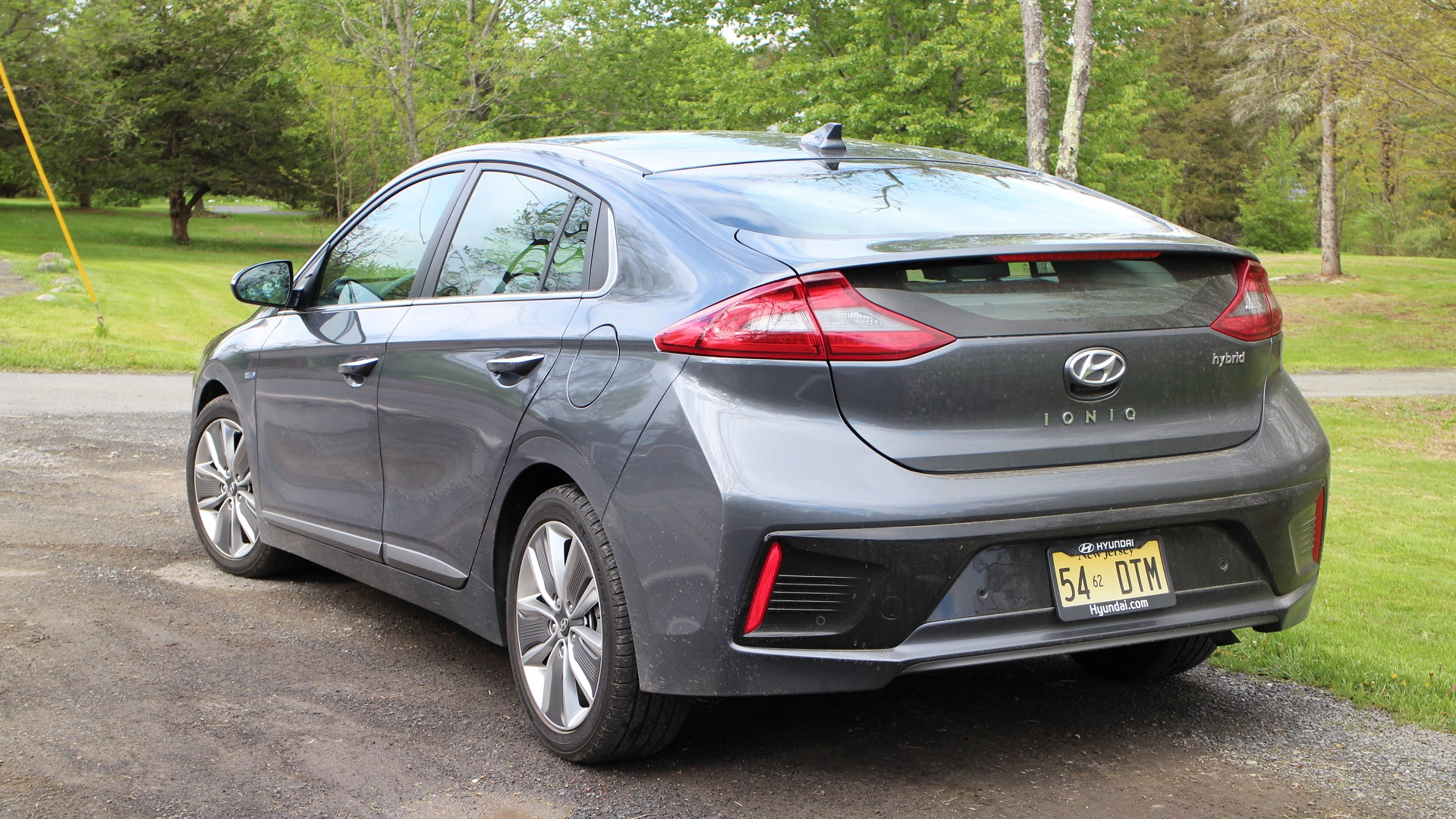 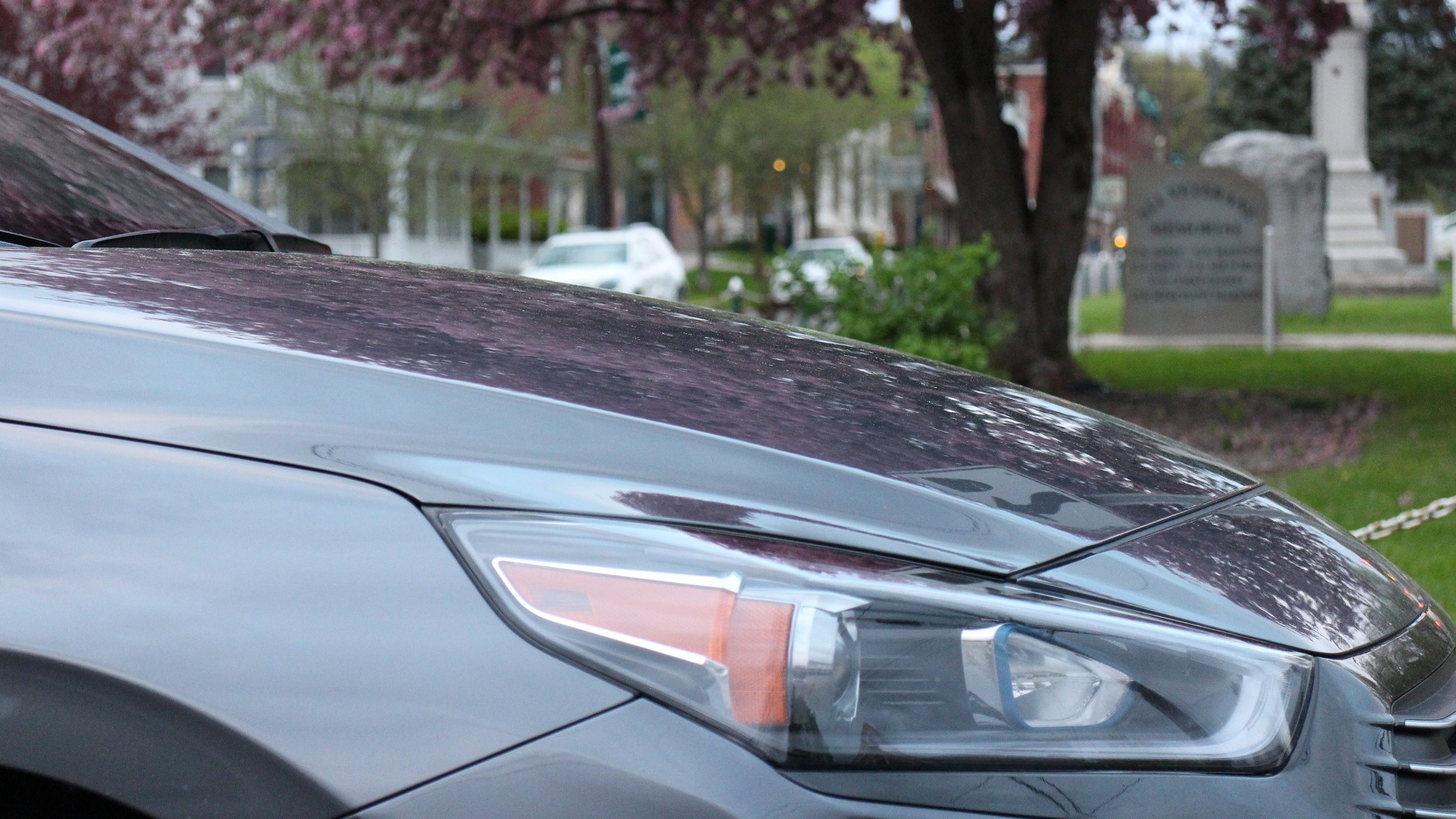 The 2017 Hyundai Ioniq comes in two versions: a nationally distributed hybrid-electric version, and an all-electric model that will be sold mostly in California and a handful of other states.

There'll also be a plug-in hybrid version coming for 2018.

We liked the Ioniq Hybrid when we first drove it at the launch event in February, and now we've had the chance to spend almost a week and 565 miles with it.

The hybrid Ioniq is the first dedicated hybrid to pose a serious challenge to the Toyota Prius Liftback that's now in its fourth generation.

And with a slightly smaller and lighter car, Hyundai has managed to beat the Prius's EPA fuel-efficiency ratings, something no maker has previously done.

One model, the 2017 Hyundai Ioniq Hybrid Blue is EPA-rated at 58 mpg combined, marginally higher than the Prius Eco's 56 mpg.

Other Ioniq Hybrids come in at 55 mpg, including our test car, which beats the rest of the Prius range's 52 mpg combined.

On this test, just for kicks, we left the car in its "Eco" setting for the entire trip. Over a drive that blended highway speeds, two-lane rural roads, and a bit of stop-and-go in-town traffic, we got an indicated 49.5 miles per gallon.

That's neatly within the 10-percent window we allow for hybrids, and we made very little effort to drive the Ioniq efficiently.

We wonder what the same route would have produced in the "Normal" mode—but unlike other hybrids (Honda, cough), the "Eco" mode only slightly degraded the Ioniq's performance, and not nearly to the degree that it irritated us.

Its all-electric abilities are somewhat limited, and we decided that the car's control software would take care of business and we could just drive.

That said, we noted that the Ioniq Hybrid would frequently drop into "EV" mode—indicating its engine was off—at times even at speeds of 60 mph or more, on downhill roads or after lifting off the accelerator to coast down to a lower speed.

Since its first Sonata Hybrid in 2011, Hyundai has consistently refined its hybrid systems.

For the latest generation, the company has switched from pairing a single electric motor with a conventional automatic transmission to mating it with an automated manual dual-clutch transmission.

That drives the wheels directly through gears, eliminating the losses of a torque converter.

The system proved relatively imperceptible in use and "felt" less like a hybrid than any of the many Prius models we've driven.

Overall, we liked the hybrid Ioniq hatchback and found many admirable qualities, along with a small handful of irritations.

Our impressions from the earlier drive were confirmed: you can get up to a mile of all-electric range, if you baby the accelerator at low speeds, but it's really not worth it.

The regenerative-brake blending was excellent, with only a few unexpected lurches in six days, and the electric motor buffered the quick shifts of the transmission well.

The engine was smooth and well-muffled, meaning the transition from all-electric to blended engine and electric power wasn't abrupt, noisy, or unpleasant.

Hyundai intended the Ioniq to be more fun to drive than previous Priuses, but Toyota reset the bar with the 2016 Prius Liftback, which is a far better car behind the wheel than any previous generation was.

Our top-of-the-line 2017 Hyundai Ioniq Hybrid Limited carried a base price of $27,500, and only two options.