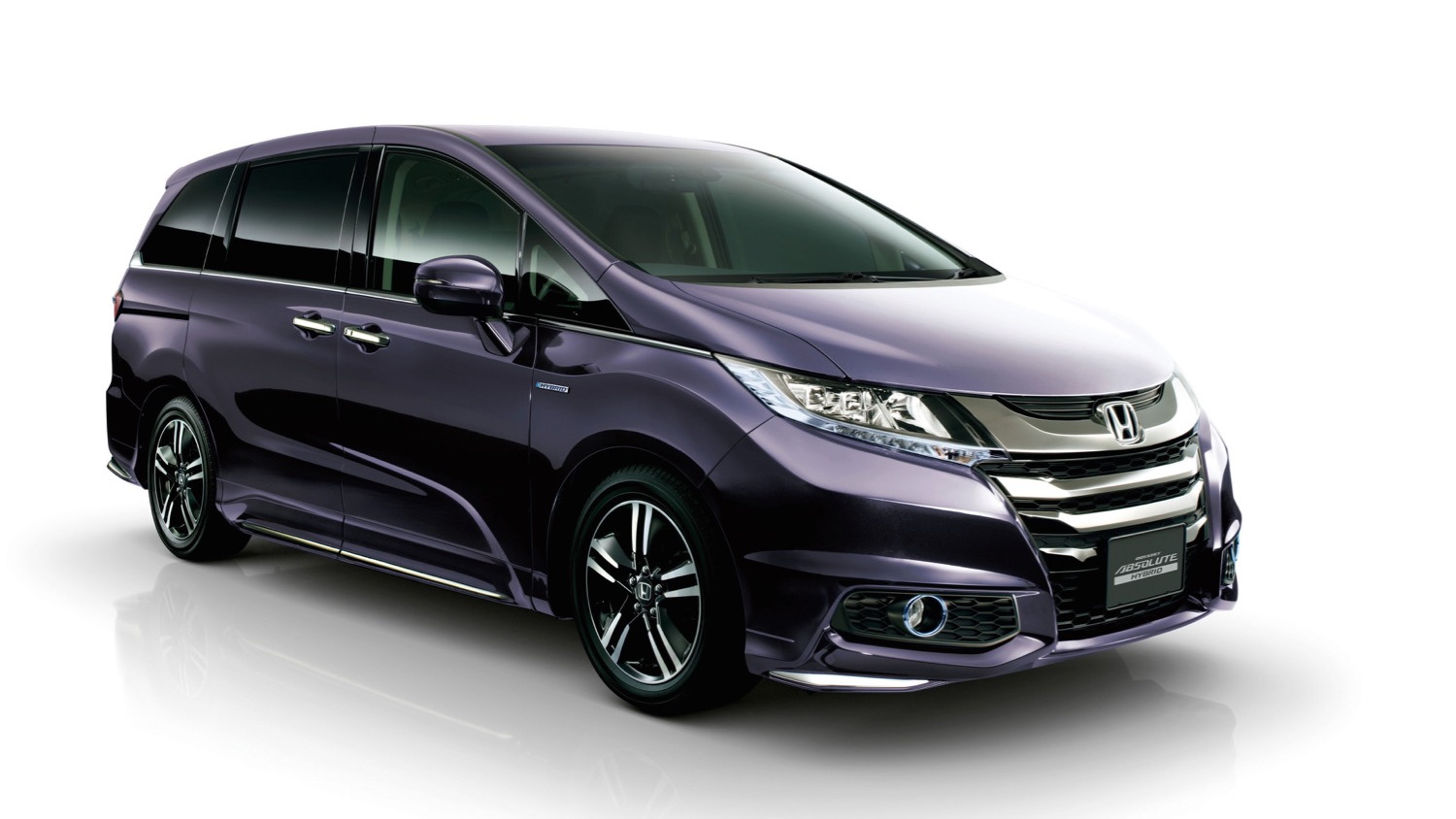 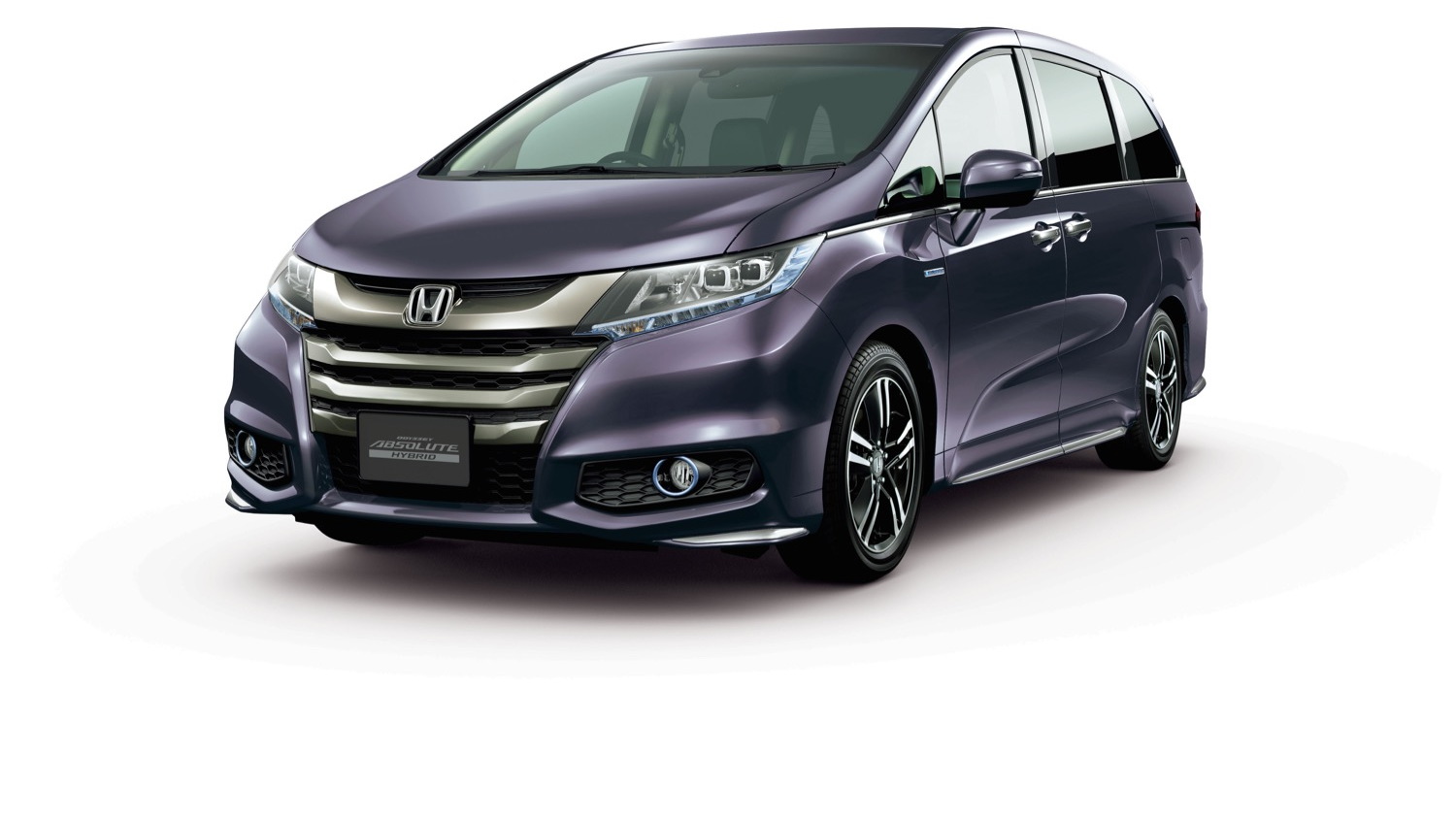 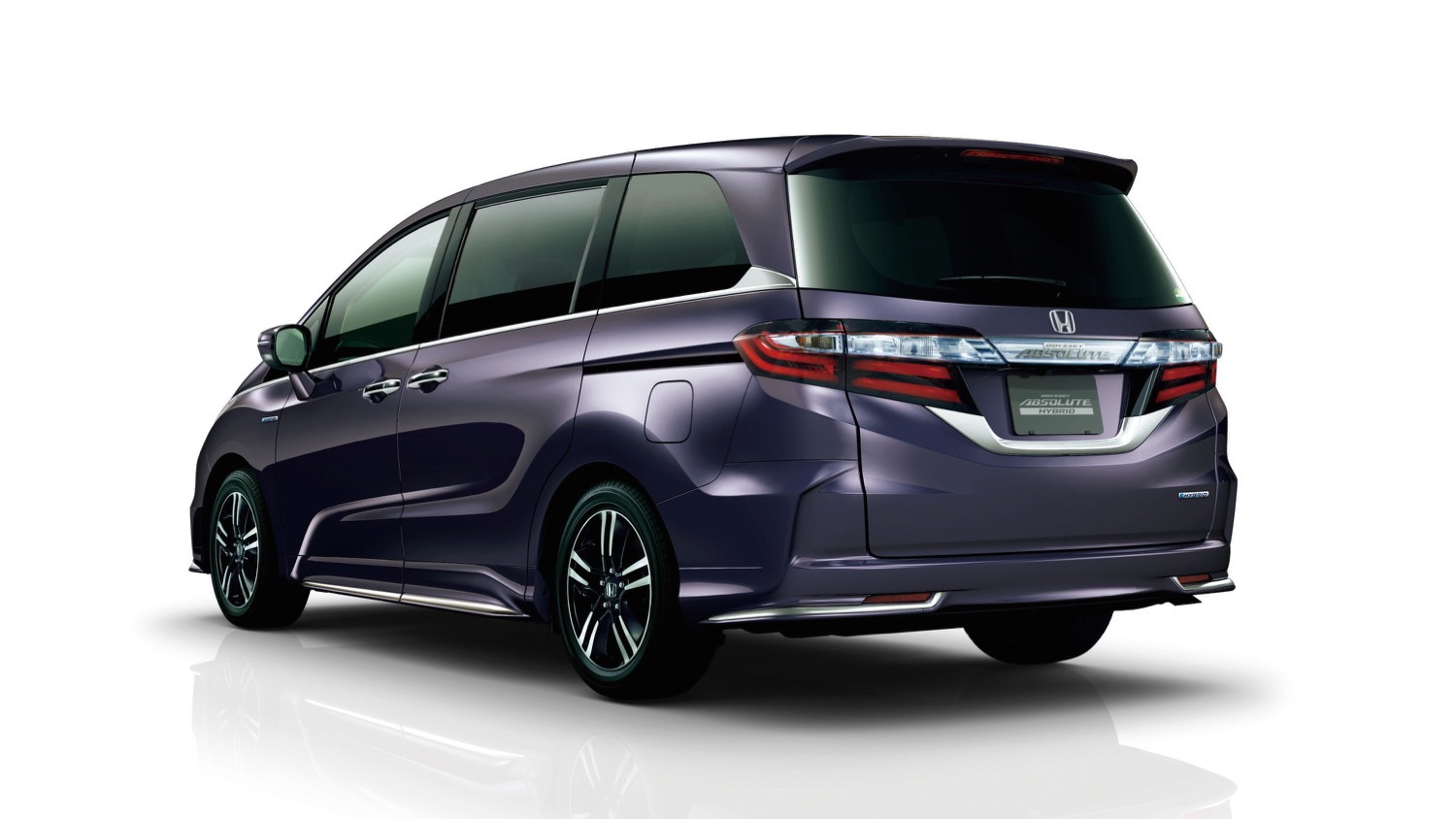 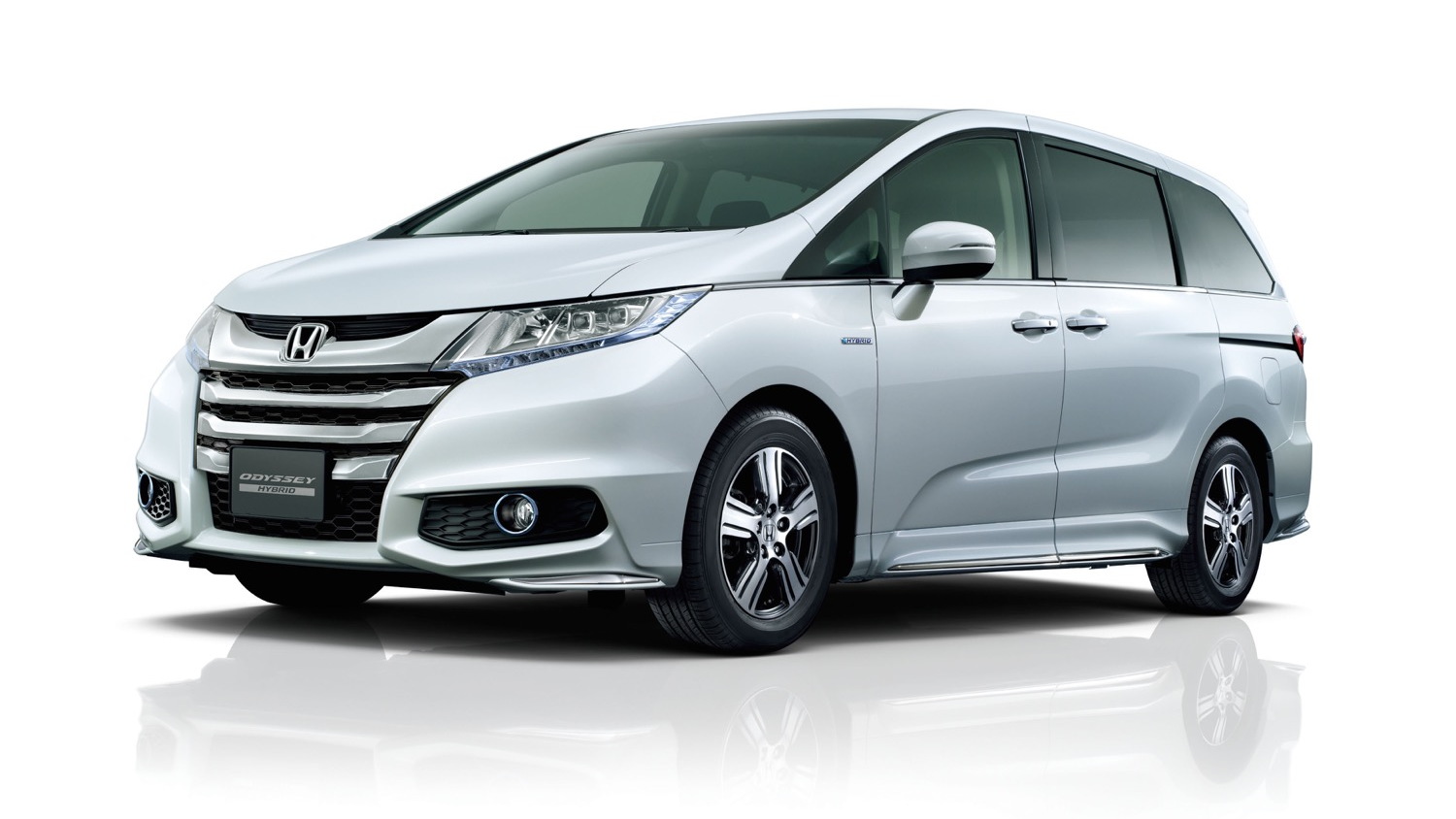 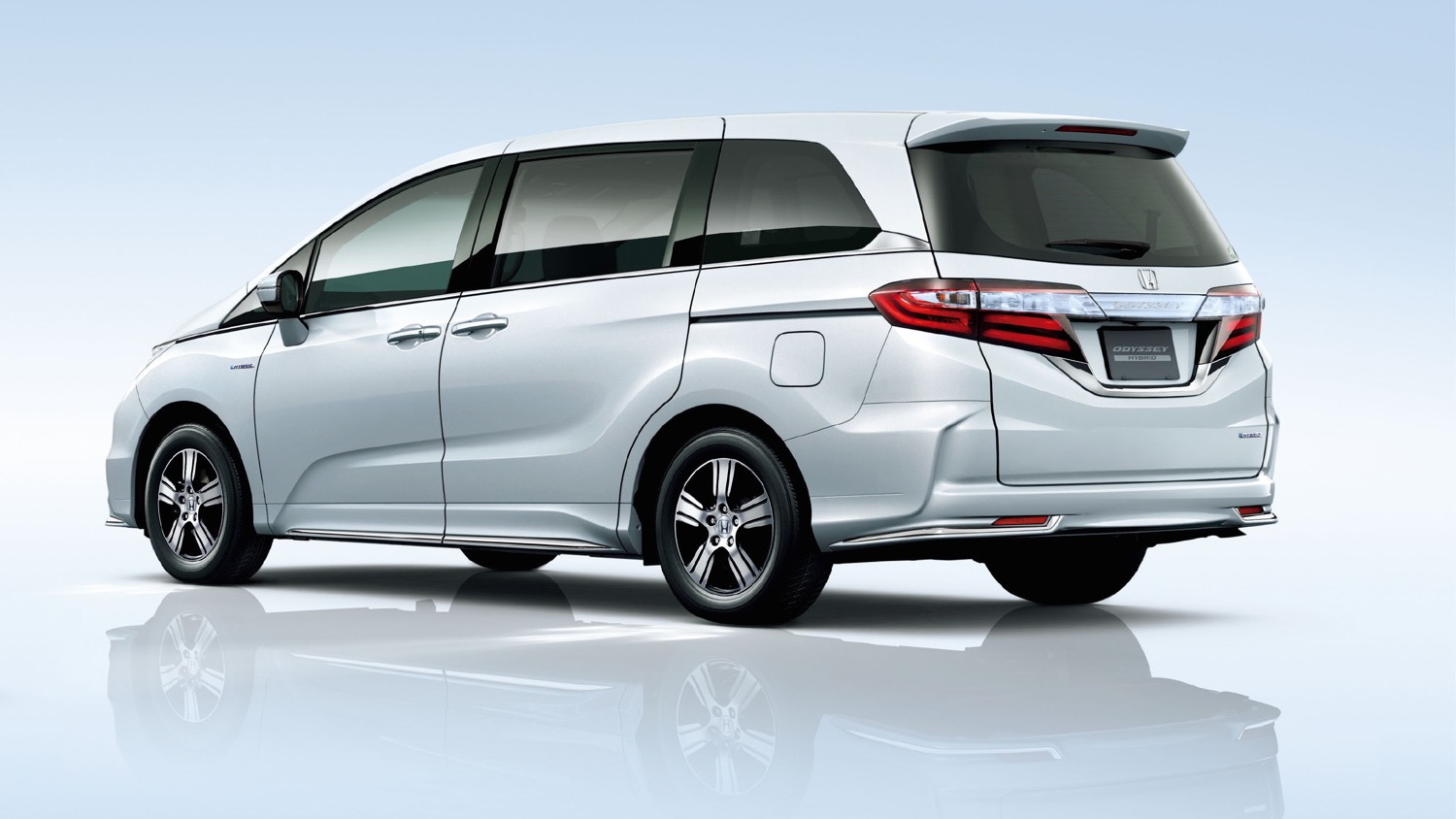 In the U.S., Honda hybrids have essentially gone on hiatus this year.

For the 2016 model year, the only hybrid it sells is the aging CR-Z two-seater, which uses the carmaker's old Integrated Motor Assist (IMA) mild-hybrid system.

The Accord Hybrid--and its more sophisticated full-hybrid powertrain--is taking the year off, but will return in an updated version for 2017.

DON'T MISS: Is Honda Accord Hybrid Gone? Yes, For A Year--But It'll Be Back

In the meantime, its hybrid system will find a new home in a rather different kind of vehicle.

A new Honda Odyssey Hybrid minivan goes on sale in Japan this week, using the same Intelligent Multi-Mode Drive (i-MMD) system as the Accord.

This isn't the same Odyssey as the one sold in North America, though.

Development of Japanese and North American-market versions diverged years ago so Honda could satisfy U.S. buyers' demands for a larger minivan.

So the new Odyssey Hybrid is based on the smaller Japanese-market Odyssey that was last fully redesigned in 2013.

The front-wheel drive minivan uses a 2.0-liter four-cylinder engine and a pair of electric motors, with a lithium-ion battery pack mounted under the first-row seats.

Honda says it has developed a new winding method and other refinements for the drive motor, making it 23 percent smaller than previous versions.

The Honda i-MMD system also eliminates the need for a conventional transmission.

Instead, it uses one electric motor as a generator to harness power from the gasoline engine, which only drives the wheels directly under very specific circumstances.

While there is no chance of Honda offering the Japanese-market Odyssey Hybrid in the U.S., it would be interesting if the company offered some form of hybrid minivan here.

If nothing else, a minivan with the two-motor hybrid system would be a good rival for the 2017 Chrysler Pacifica plug-in hybrid.

Even if it doesn't get used in another vehicle, we'll still see an updated version of the i-MMD system when the Accord Hybrid returns for the 2017 model year.

Back in 2014, Green Car Reports named the Accord Hybrid our Best Car To Buy, although supplies of the model remained constrained during much of its initial tenure here.

If that's an issue Honda can fix, expanding use of the i-MMD hybrid system to other U.S.-market models may not be out of the question.