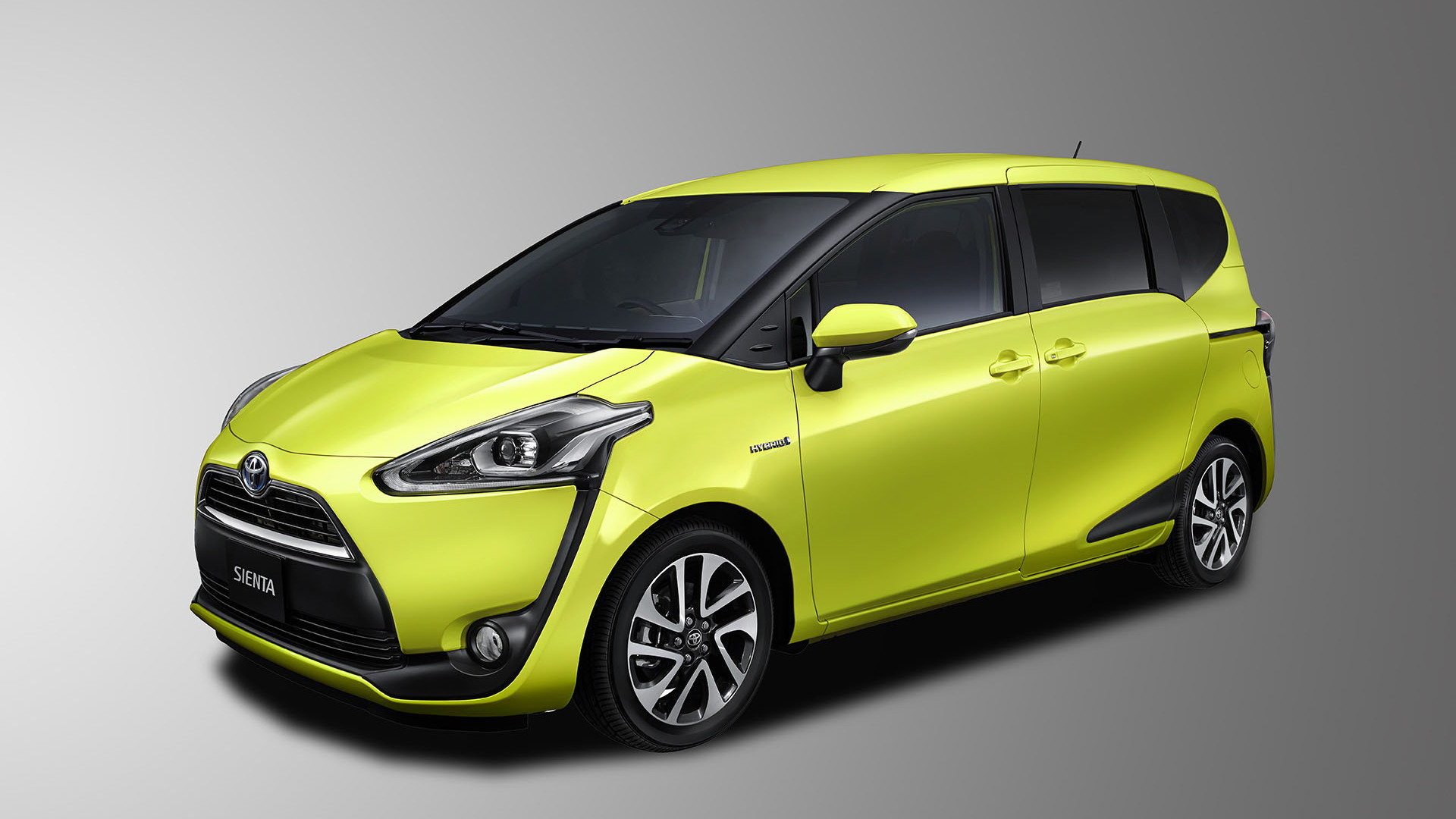 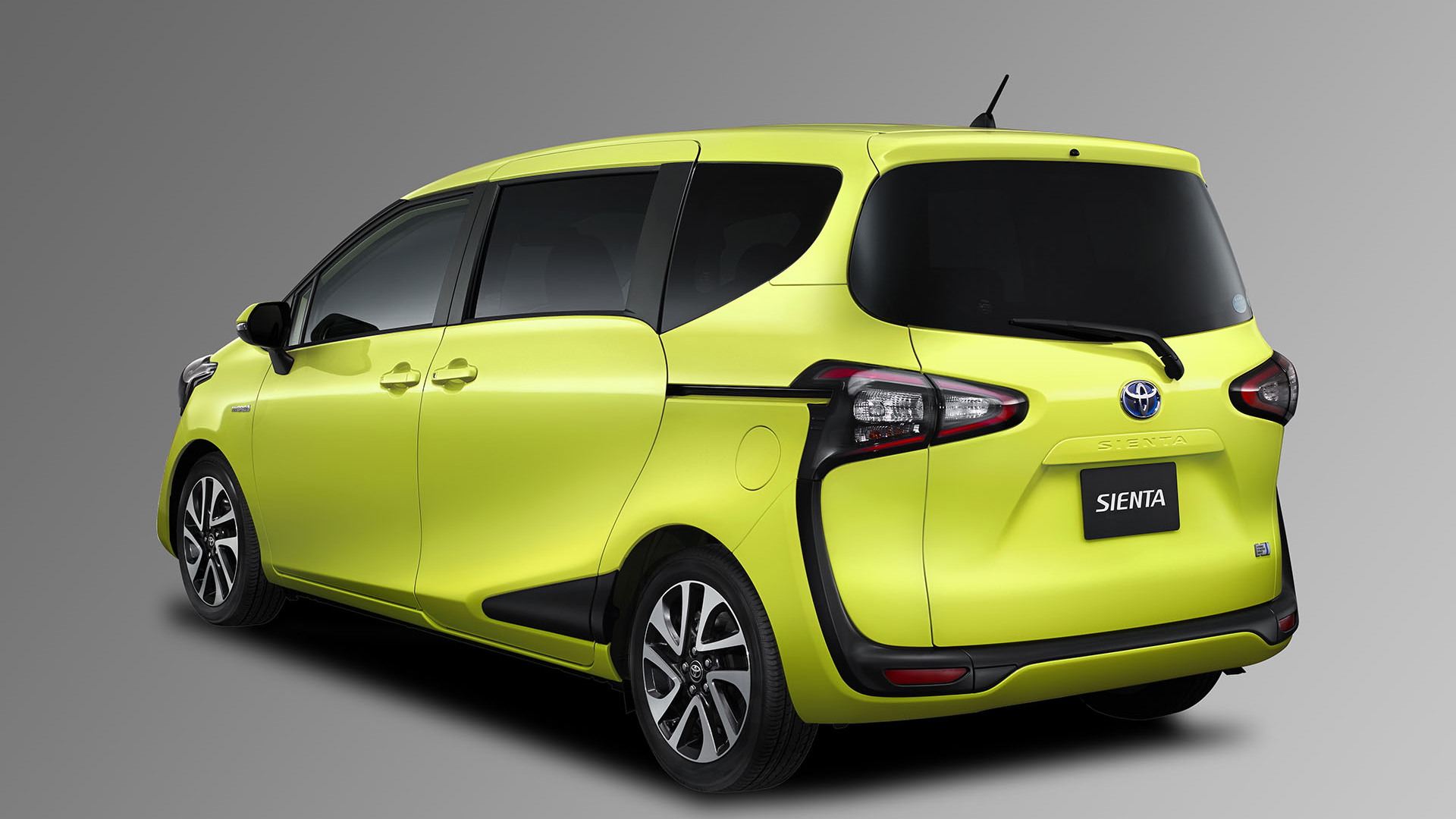 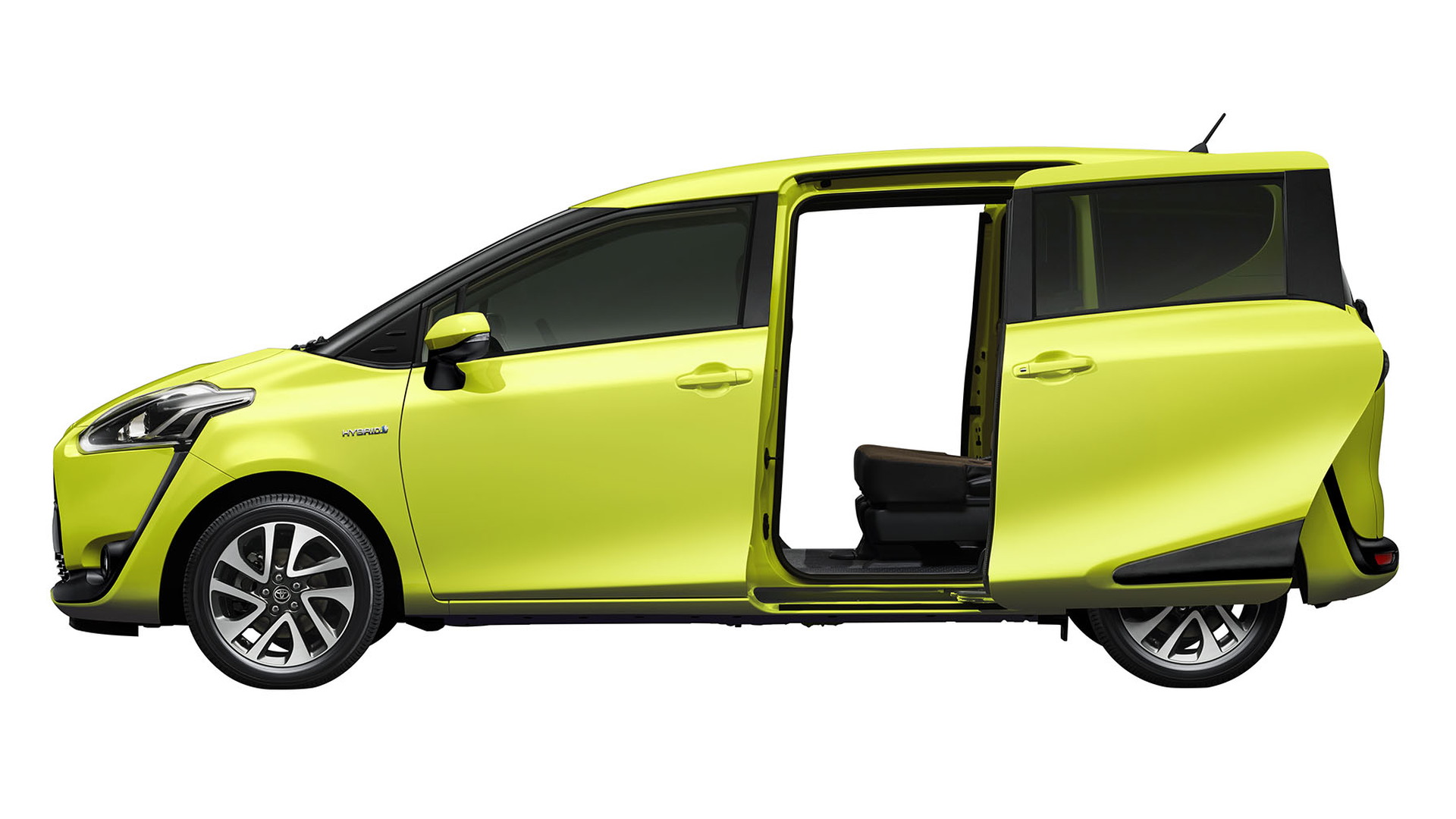 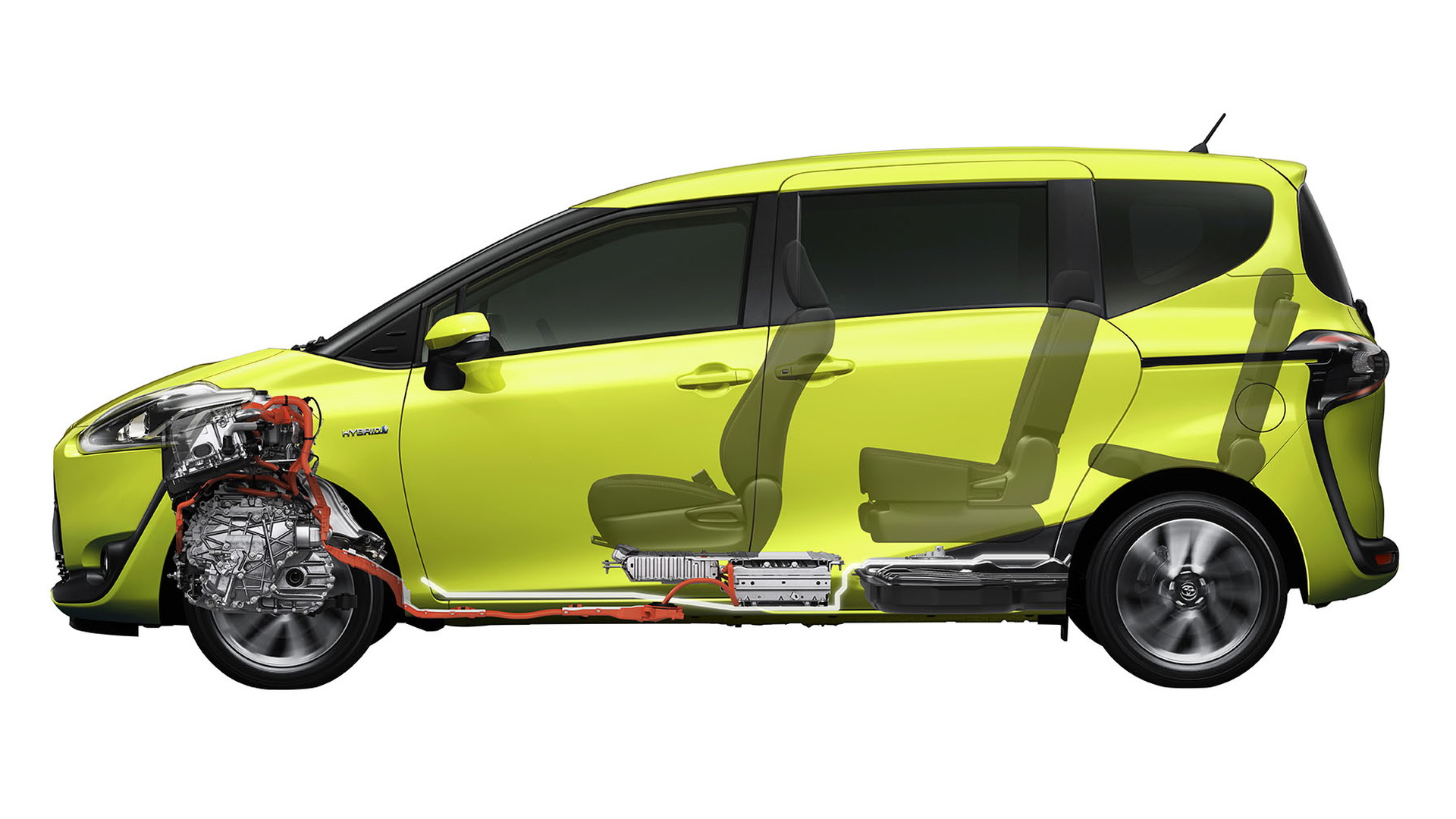 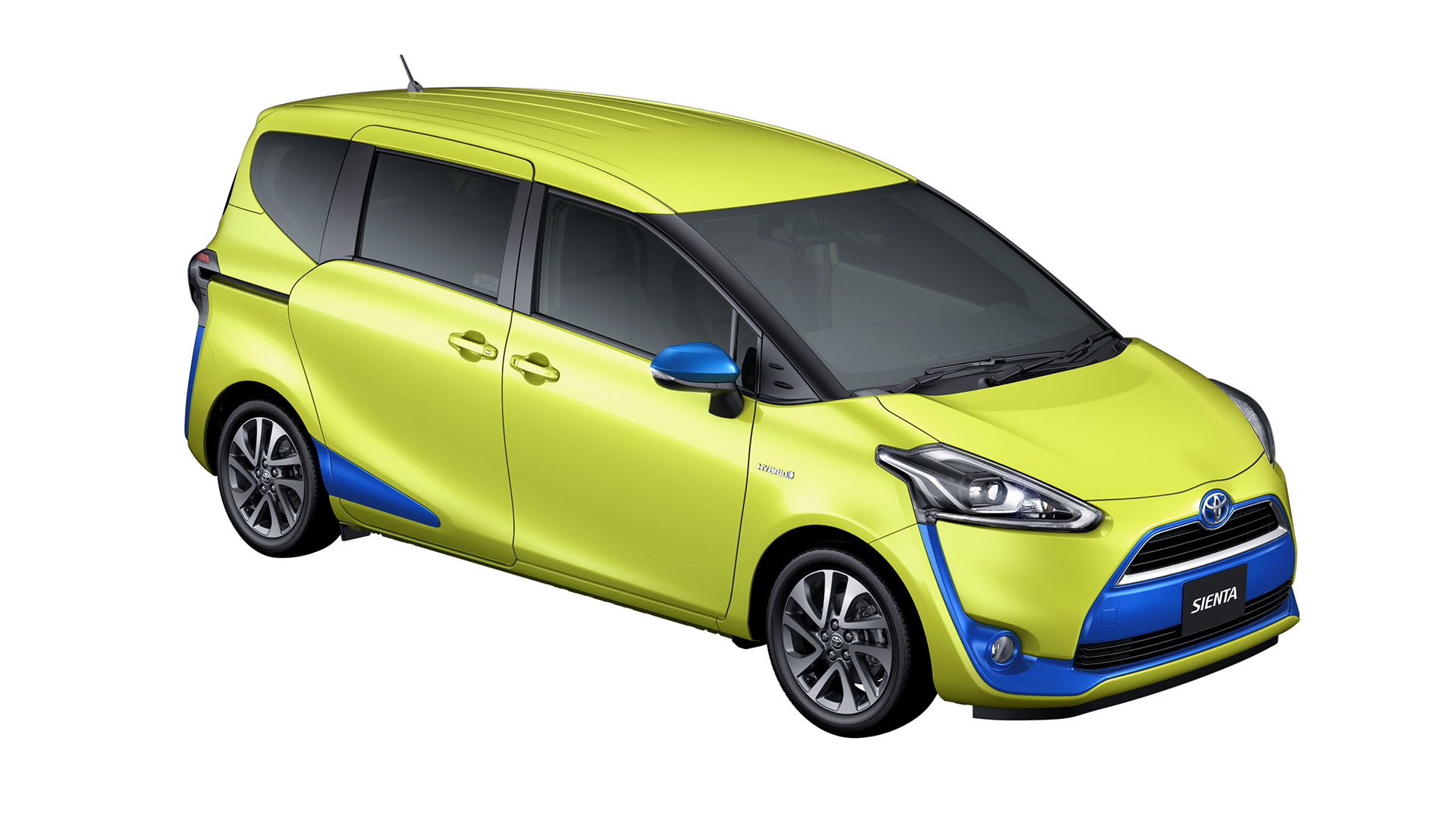 8
photos
Toyota recently introduced a new minivan, and it's like nothing sold in the U.S.

Buyers on this side of the Pacific are familiar with the rather large Sienna.

But this is the Sienta (with a "t"), the second generation of a much smaller minivan model first introduced in 2003.

The Sienta is much closer in size to vehicles like the current Mazda 5 than the Sienna, or any of its competitors.

For this new model, Toyota also added some rather unorthodox styling--and a hybrid powertrain option.

Toyota has been criticized for the staid styling of many of its recent models, but in this case designers may have gone too far in the other direction.

The Sienta looks a bit like a Prius C having a bad allergic reaction, and it's available in a palette of retina-shocking colors.

The styling--Toyota says it was inspired by "trekking shoes"--can be further livened up by optional "Flex Tone" colored trim that allows buyers, for example, to have a bright yellow car with blue accents.

On the inside, things are just as strange, with oddly-molded shapes housing the 4.2-inch display screen and center stack, and a random-looking splash of orange trim.

Underneath the unusual styling is a hybrid powertrain built around a 1.5-liter Atkinson-cycle four-cylinder engine, similar to that of the Toyota Prius C small hatchback sold in North America.

Total operational output using both gasoline and electric sources is 100 horsepower, and the Sienta hybrid is rated at 64 mpg on the (somewhat optimistic) Japanese testing cycle.

There's also a non-hybrid version that uses the same 1.5-liter engine, but tuned to produce 109 hp. It gets 48 mpg on the Japanese cycle.

The Sienta is available in five-, six-, or seven-seat configurations, with front-wheel drive or all-wheel drive.

Rows are arranged "stadium" style--with each row slightly higher than the one in front--to improve visibility for all occupants.

Toyota says it was able to create a flat load floor by positioning the hybrid models' battery pack beneath the front of the second seat row, and installing a slimmer fuel tank. That's the same trick it used in the Prius C.

Because of this--and a lower step-in height than previous models--Toyota is advertising the Sienta as a good candidate for wheelchair-accessibility conversions.