Along with the upcoming fourth-generation hybrid Toyota Prius, the 2016 Chevrolet Volt is one of the major green-car introductions of this year.

It won’t be available nationwide until next spring, but new Volts are already being delivered in California and a few other states.

To get an early sense of what the car’s like to live with, we asked San Francisco buyer Bernard Freiwald for his early impressions after taking delivery of a maroon 2016 Volt.

The question-and-answer session that follows was conducted by e-mail, and Freiwald’s responses have been edited for clarity and style.

Suffice it to say, Freiwald is a very happy new Volt driver.

Question: OK, so what’s your first impression of your new Volt?

Answer: The 2016 Volt is a superb and efficient (and spunky) green machine that’s pretty much one of a kind.  Though it's still in its earliest days—I got it October 23—the Volt satisfies me both as a city dweller and a longer-distance traveler who needs comfort, efficiency with responsive and gutsy acceleration.

The Volt is comparable to my previous BMW in its sheer energy—and that’s before I moved the "mode" from "normal" to "Sport" driving. When it’s in pure electric mode, the silent travel is a pleasure, and calming.

Q: What cars did you drive before the Volt?

A: I got the Volt after driving BMWs for more than 30 years. I had a Mercedes for three years, too, when I thought I needed a cruising sedan on American roads to protect my family and to announce my financial success. I had a Citroen diesel in Europe as well.

I still have a 2007 BMW hardtop convertible—but not for long. The BMW manages 14 mpg on San Francisco hills, though BMW promised 20 mpg. Frequent fill-ups are annoying, though its sportiness and solid German quality help to compensate for that.

The Volt promised to reduce my dependence on fossil fuel. And it has.

I tried a Tesla, but my small city garage could only barely handle its 195-inch length. I would have had a coronary attempting to miss the walls of my own garage. Besides somehow the Tesla didn't quite belong at Whole Foods.

When my 6'3" brother was in town his need for a roomier front seat relegated my wife to the back seat of our BMW.  She emerged from those close quarters practically lame. 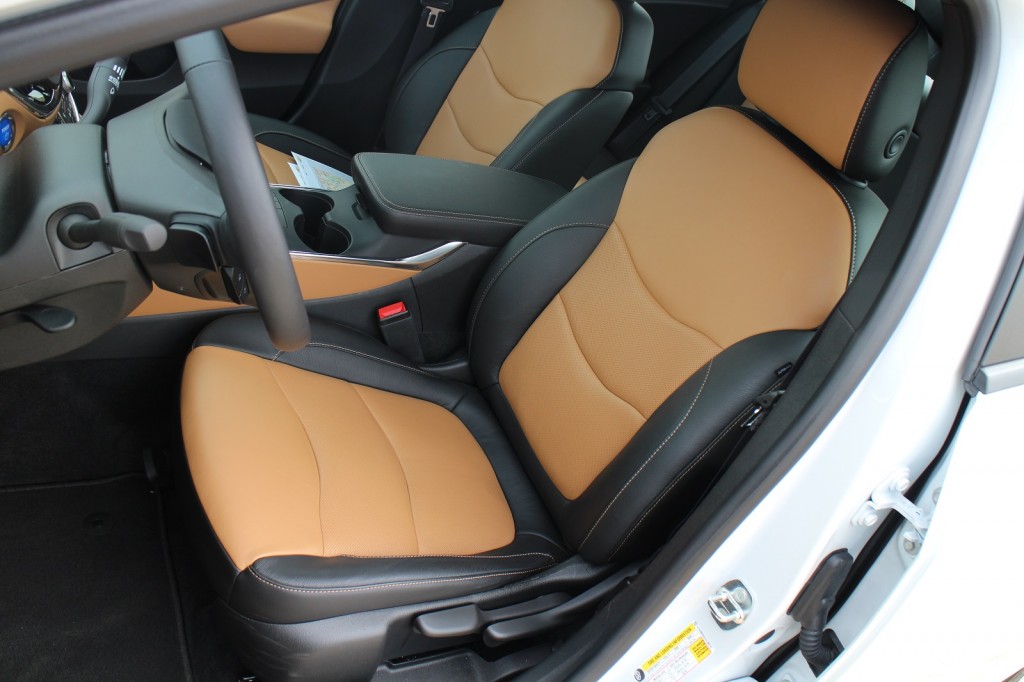 The Volt seems no larger than the BMW, but it's entirely comfortable in both the front and rear seats, while also providing our terrier with a place of her own.  The rear seats fold down if we ever need them to.

The exterior design and the red color have gained a lot of attention and whispering. Both are subdued and elegant, and the car is built with top-notch fit and feel. The doors close authoritatively. The display panel, with its large screen and conveniently placed instruments, is smartly done.

I’ve decided the Volt is the right car for both the city and the highway, because there’s no range anxiety. It morphs from electric to gas seamlessly. If the battery has been discharged, the move to gas is automatic.

MORE: Discounts On Brand-New 2016 Chevy Volt, But Only In A Few Regions

Q: What features of the Volt appealed to you beside the electric drive?

A: As a brand-new car, the Volt provides safer driving. At my age, when physical responses to emergencies have slowed, those new technologies are a must to have.

During the drive from the dealer to my home, I'm thankful the Volt alerted me to a car in my blind spot as I was about to change lanes. The visual alert in my side view mirror warned me to stay in my lane.

In another instance, an alert on the large screen using the backup camera warned me a car was about to pass my rear even though that car didn't appear on the screen. 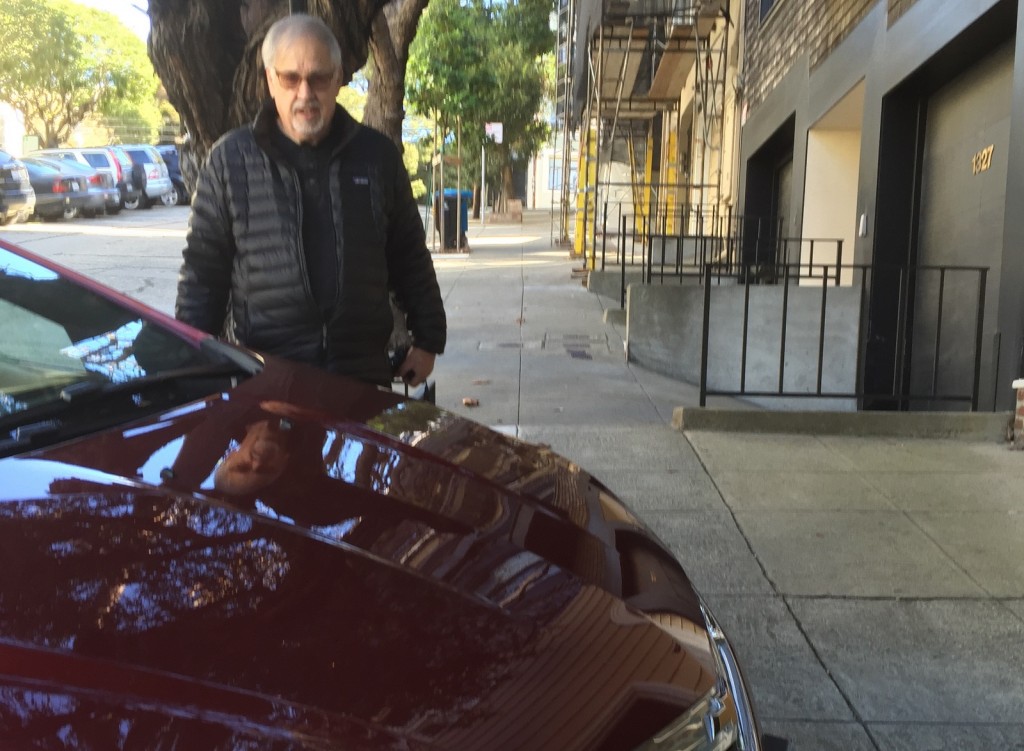 The Volt not only shows 53 miles at a full charge, but I've seen the meter register 54 and more.

The greater range even after using up some miles is made possible by a paddle behind the steering wheel that increases regenerative braking. I use it effectively to come to a near stop without using the brake.

Q: How do you charge your Volt?

A: The 240-Volt Clipper Creek charging unit in my garage can fully charge the Volt in about 4.5 hours. And the 110-Volt charging cord that came with the car fully charges it in around 14 hours.

My local utility, Pacific Gas & Electric, now offers special EV energy rates that I use by programming the car to charge only during off-peak hours.

While Tesla CEO Elon Musk has said that he will have an EV with a 500-mile range in 10 years or fewer--and I hope he will--the Volt is today's perfect car for me.

Q: What have you not liked about the Volt?

A: There is almost nothing wrong with the car for me, at least at this very early stage.

But I do have problems with General Motors. While it has designed a marvelous car, it is not doing nearly enough to communicate the car's virtues, or how best to use its capabilities. 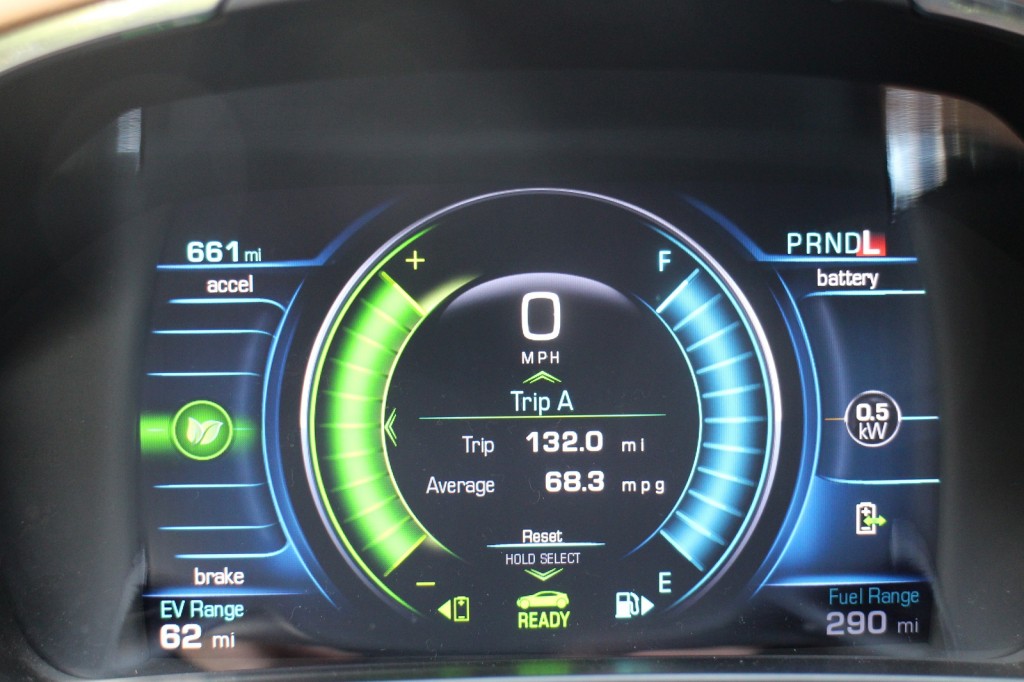 Dealer salespeople, and I talked with more than one team, are not well-prepared by GM to understand the car properly, to discuss why it is appropriate to meet various consumer needs, or to compare the car effectively to its competition.

GM ought to ensure that dealer management and salespeople are well-trained and have the appropriate tools to educate prospective and new owners.

Dealers now don't have suitable visual aids or any other means of simulating the driving experience, including the car's new safer driving technologies. Since not every safety function can be demonstrated behind the wheel, there ought to be interactive simulated driving experiences. 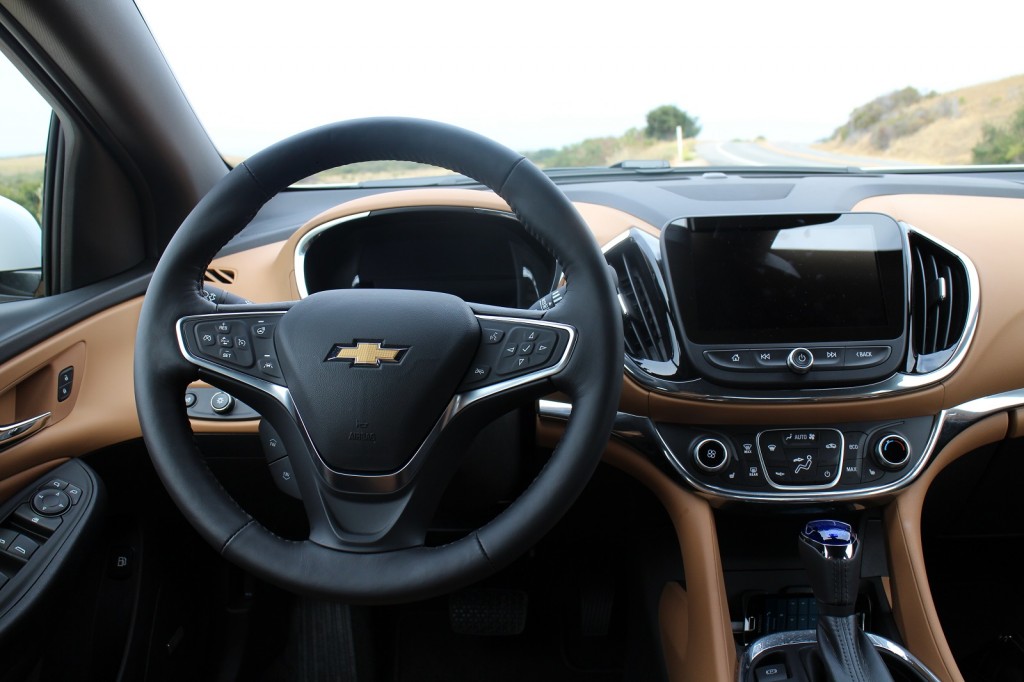 Communications materials relating to the use of the Navigation program, OnStar, Apple Play, Collision Avoidance, Parking Assist, and other functions appear to have been written and illustrated by technically oriented developers rather than by people with actual skills in consumer education.

EDITOR'S NOTE: Freiwald has no relationship with any Chevrolet dealers, but he notes he has been an investor in GM stock since September, 2015.