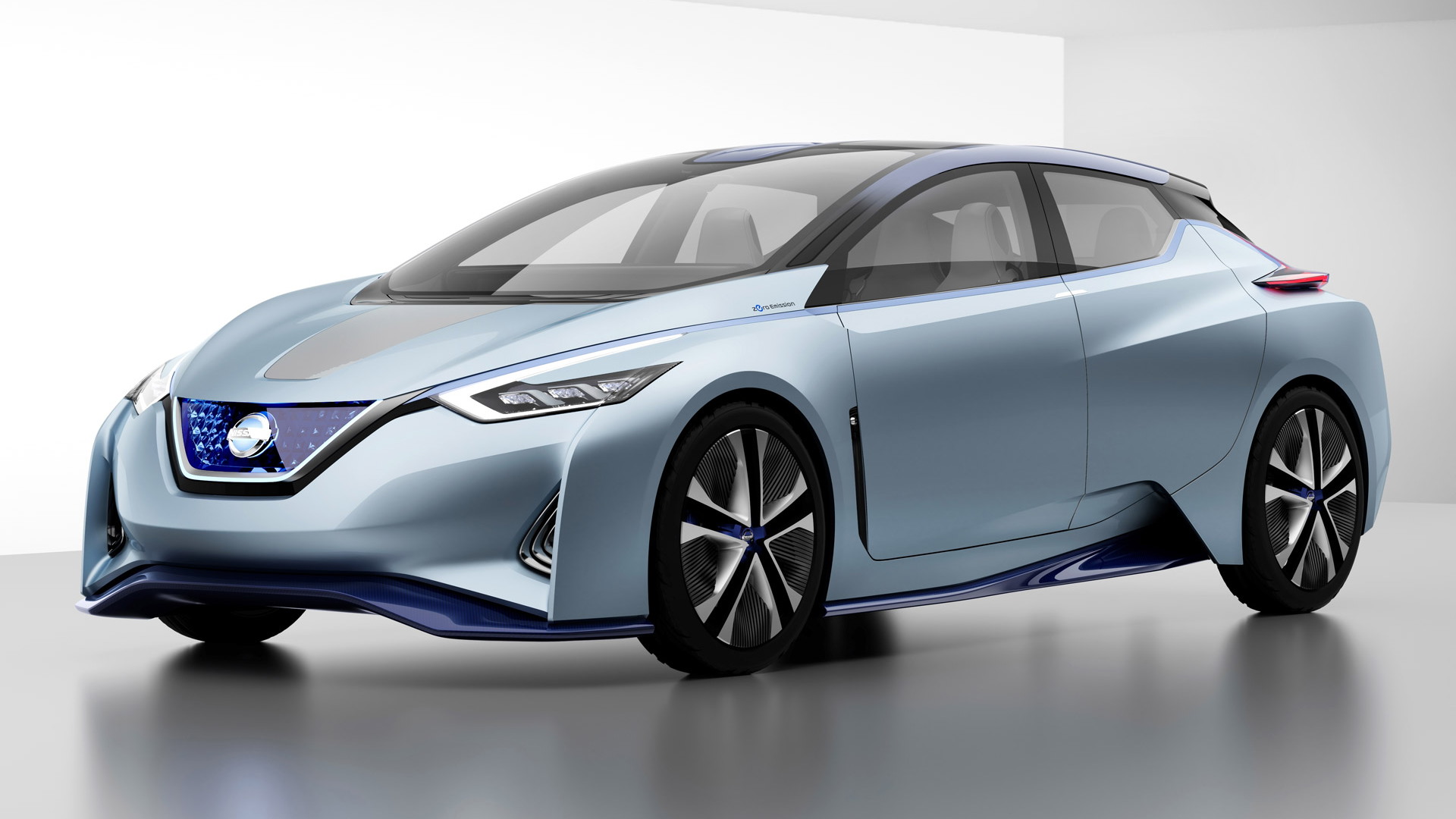 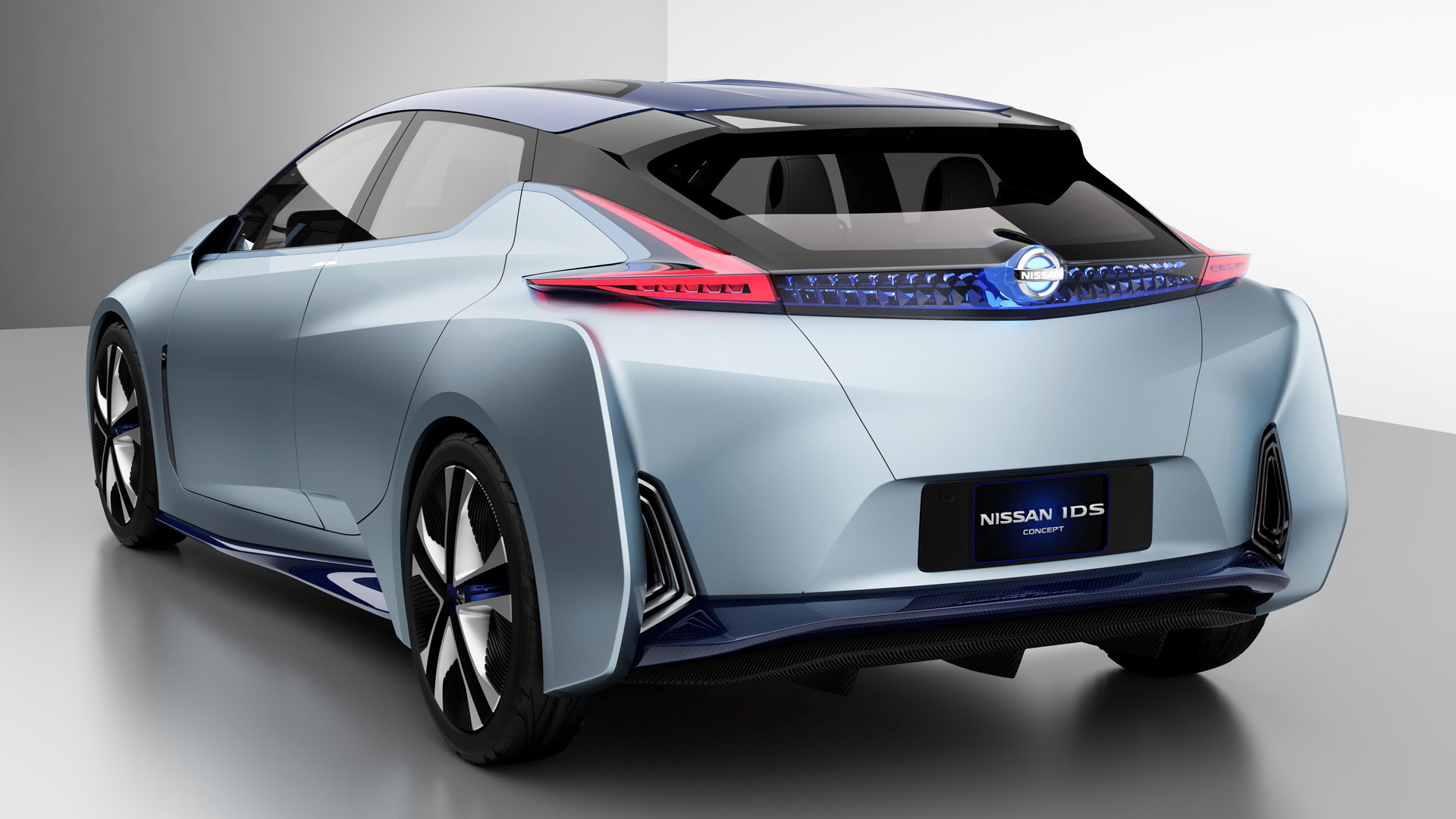 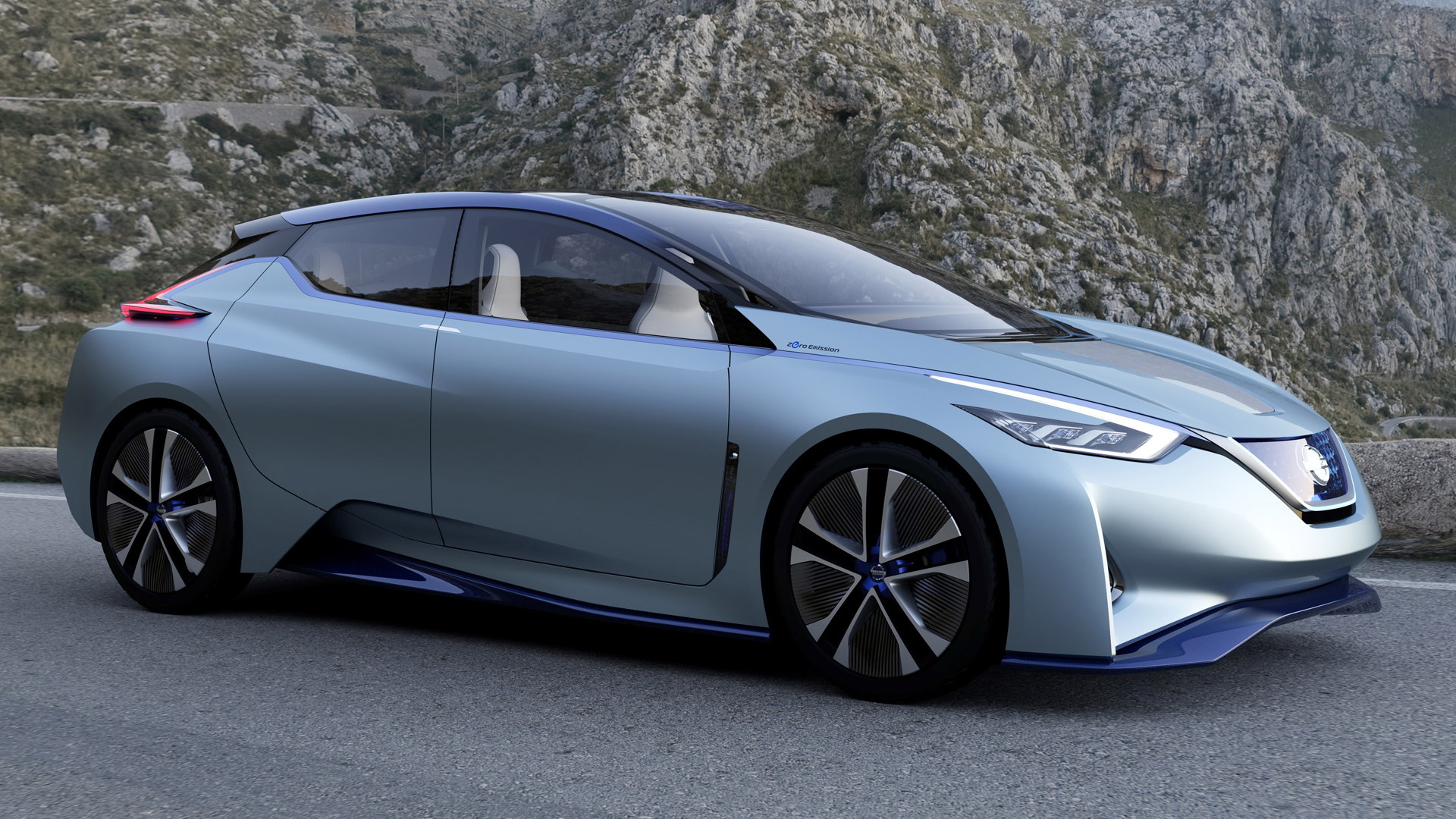 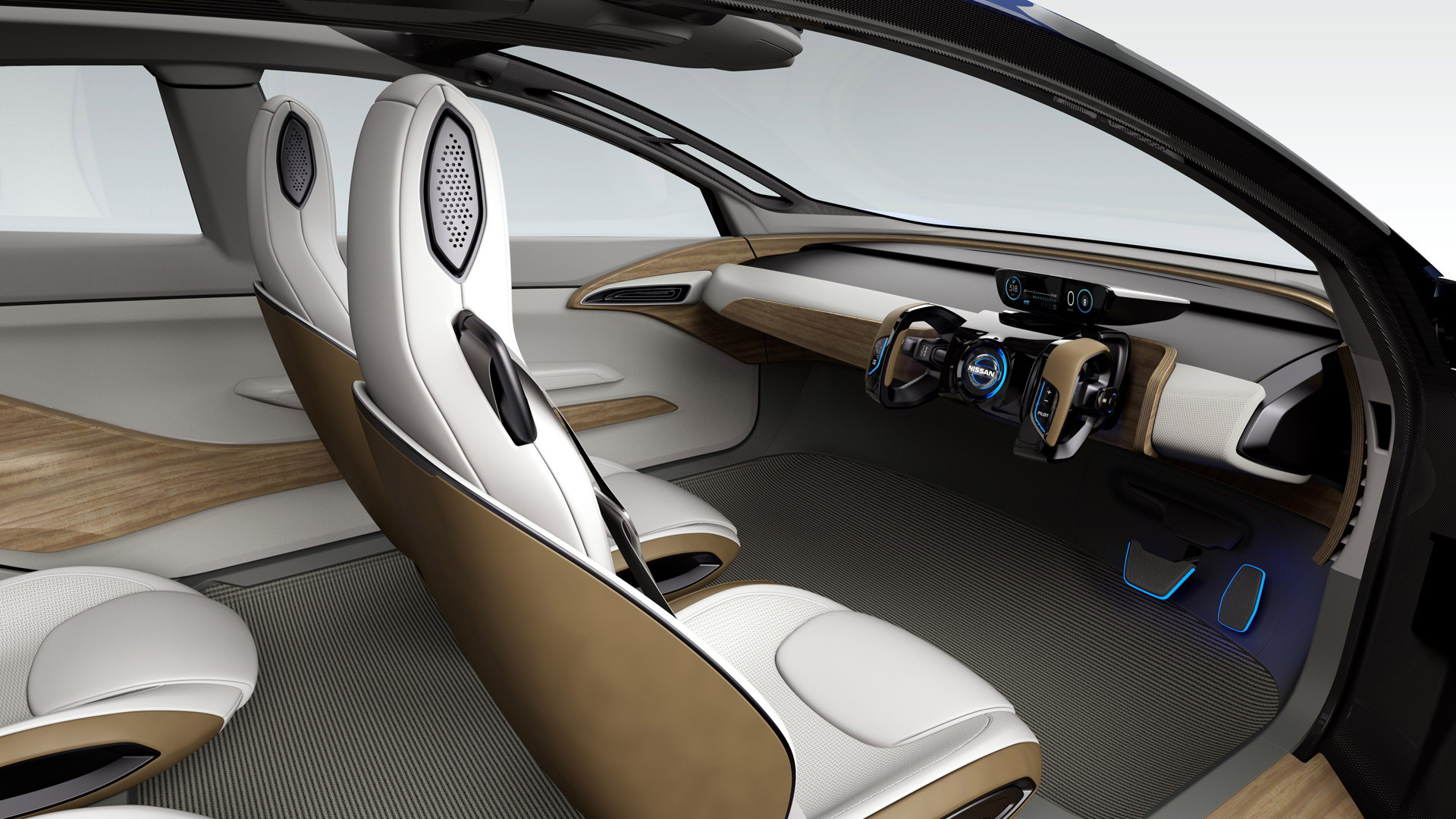 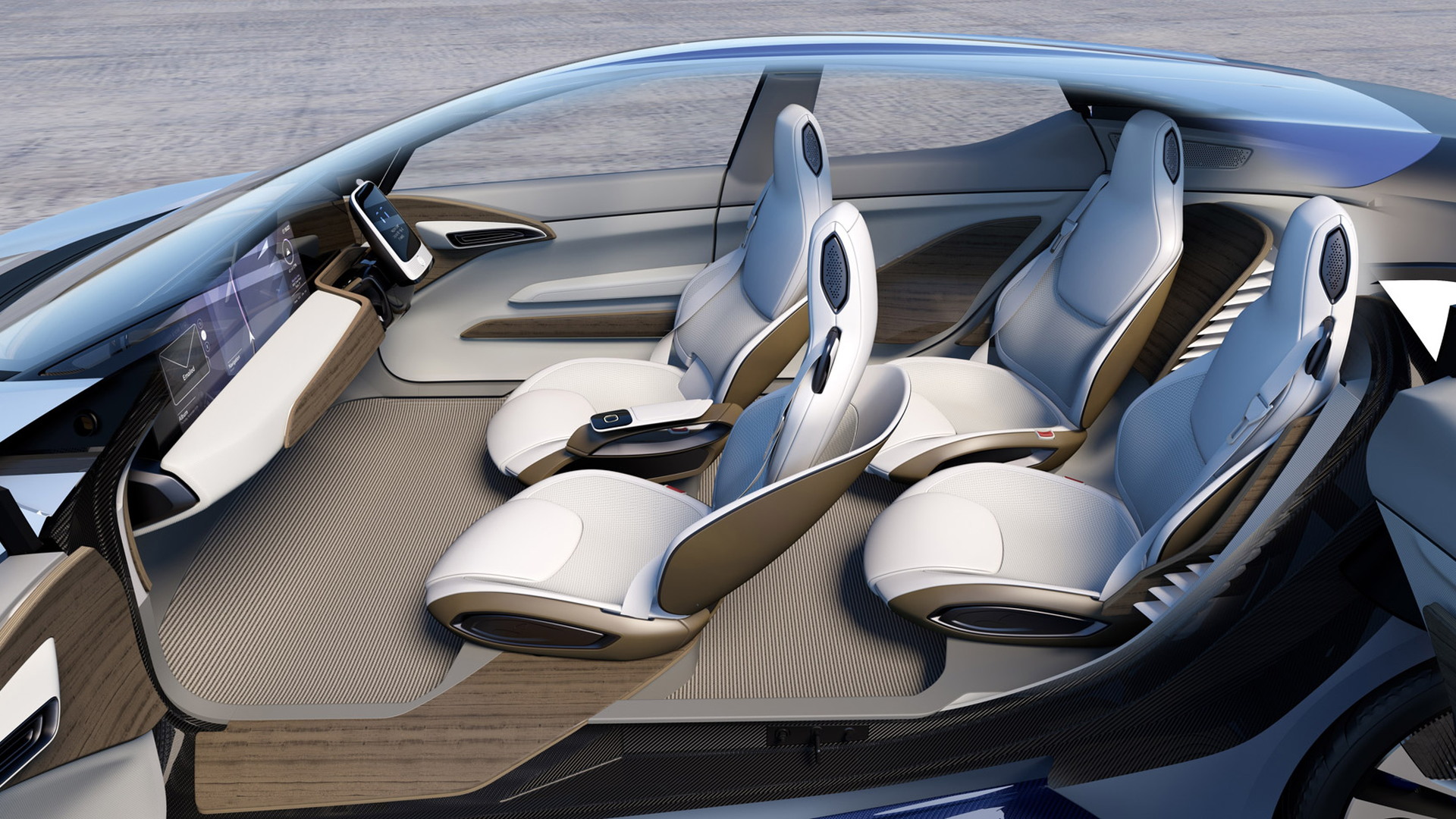 With the IDS Concept that Nissan showed at the recent Tokyo Motor Show, the automaker hinted that Nissan may be readying a suite of autonomous technologies—and a language through which the car will communicate with the driver and with its surroundings.

And while it might be tempting to see the IDS as a thinly veiled next-generation Leaf, and see the autonomous tech in it as just around the corner—rivaling or besting the Autopilot system that’s in the Tesla Motors [NSDQ: TSLA] Model S sedan and Model X crossover—the reality check is that neither of these are likely true.

As executives from Nissan recently confirmed, the automaker has no intent to offer fully autonomous technology in the next several model years. And as we asked just a few more questions of those officials, it’s clear that the next-generation Nissan Leaf likely won’t be the one to offer it.

Of course what Tesla is currently offering isn’t actually autonomous driving. It’s a form of smart cruise control, which will maintain a set speed (or following distance with cars ahead), braking to a stop and restarting as needed—all supplemented by a sophisticated lane-keeping system that follows lane markings and is supplemented by GPS data.

Nissan CEO Carlos Ghosn, at the Tokyo Motor Show, outlined that Nissan will offer three tiers of so-called Piloted Driving. Version 1.0 of the technology is a highway system that will maintain speed or distance and keep in a single lane. Version 2.0 is essentially like what Tesla is offering in its Autopilot system, with automatic lane changes as a gap clears and merging ability.

Nissan plans to offer version 1.0 during calendar year 2016, initially in a model in Japan, then expand it to several other markets, including the U.S., shortly thereafter. Version 2.0 would follow around 2018. But version 3.0, which is close to what we think of as fully autonomous driving and includes city-driving ability, won’t be technically ready until 2020 and likely won’t be offered in a production model until some time later.

And dealing with the full rigors of city driving—including interacting with pedestrians, bicycles, and vehicles piloted by people—will take that third level of autonomous smarts.

Takeo Asami, Nissan’s senior vice president for advanced research and engineering, says that it could push a technology like version 2.0—a system like what Tesla is offering—right now; but it’s choosing not to.

“Nissan’s approach is quite different,” said Asami, who explained that the gauge that Nissan uses for when it’s ready would be internal; but it needs to meet targets for extreme situations, meet a product liability check with engineers and lawyers, and finally go through an extensive field test.

“It cannot be a perfect proof, but still, if we accumulate lots of situations in the real field...it would be appropriate to not call it beta,” he said.

Tesla has said that its vehicles will continue to accumulate real-world data to make the Autopilot feature better. Yet these extreme situations are a strong case for not deploying such a system as ‘beta,’ as Tesla has done.

In the several weeks since it allowed the feature in thousands of vehicles via a live software release, there have been various alleged Autosteer fail videos; and despite Tesla’s warnings that the system was to be seen as a driver assist feature, there’s been plenty of use in ways neither the automaker nor states, law enforcement, and regulatory agencies would condone.

Managing the risks, planning for the outliers

Looking ahead to piloted driving for the city, Asami said that the last challenge that engineers face is with the sensing system, and how to assure that the system will work in a wide range of conditions—in the rain, on the highway, with odd lane-change abnormalities for city driving, and with pedestrians or bicycles that aren’t following traffic rules.

“There’s no end, actually,” he said, stressing the need for more coding between now and then. “But it has to be reasonable, to include those potential risks.”

In a separate roundtable with the international press, Ghosn mentioned that independent, properly vetted data—not just peer data, such as what Tesla claims to be using and gathering—is necessary especially as autonomous driving is brought to developing countries.

Other than reliability, Ghosn cited cartography and up-to-the-minute route data as one of the biggest hurdles, and said the data can’t be two weeks old. “The technology that is going to be put in the car must have real-time information,” he said, speaking of the need for good global mapping data.

Nissan isn’t relying only on its own data or pairing with just one cartography source either. It’s using data from former Nokia affiliate Here, as well as Google, and Israel’s Mobileye.

Why the modest Leaf won’t usher in autonomous tech

One final note and reality check: Autonomous-vehicle technology will be expensive, and Nissan is looking for people who will be willing to help pay for it, not just at the infrastructure level but at the product level. So while the Leaf might make a great format for illustrating the possibilities—like in the Nissan Intelligent Driving concept that's being tested in Japan—when this technology makes its debut, look for it to first appear in a luxury model...perhaps even one with the Infiniti badge.

So far, those in Japan and China are much more likely to want to pay extra for autonomous technology, Nissan says; but there’s an attitude change that might happen in America by the time it’s ready.

Affordability is a central facet for the Nissan Leaf electric car—even if it has the option for a 200-mile battery pack—so look for that steering wheel to stay put. And keep your hands on it.