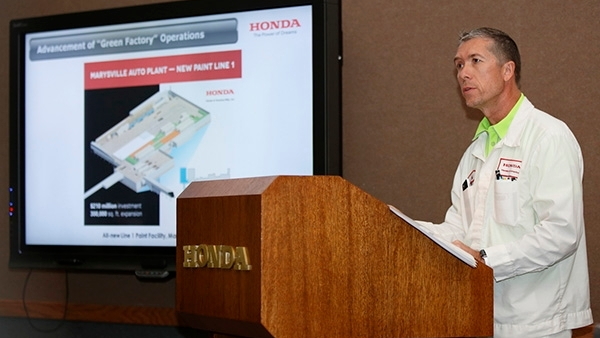 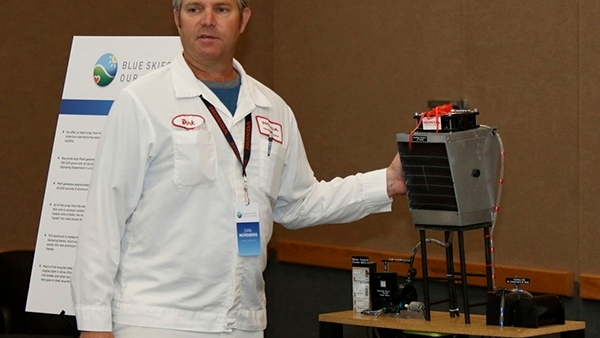 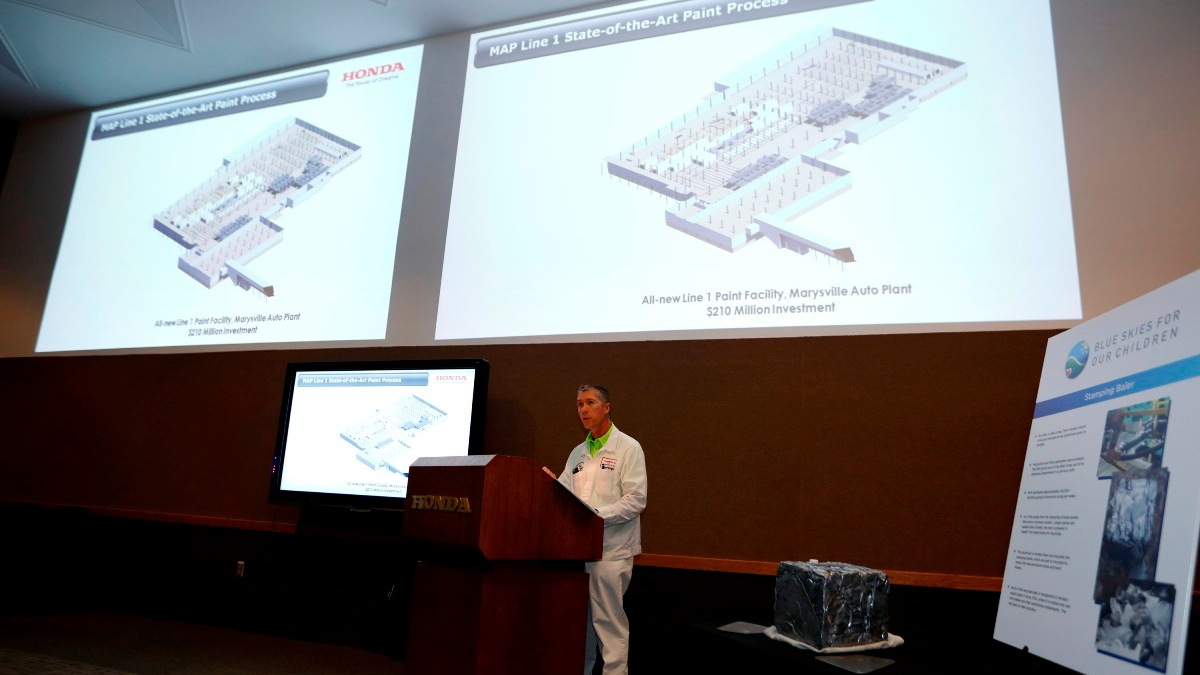 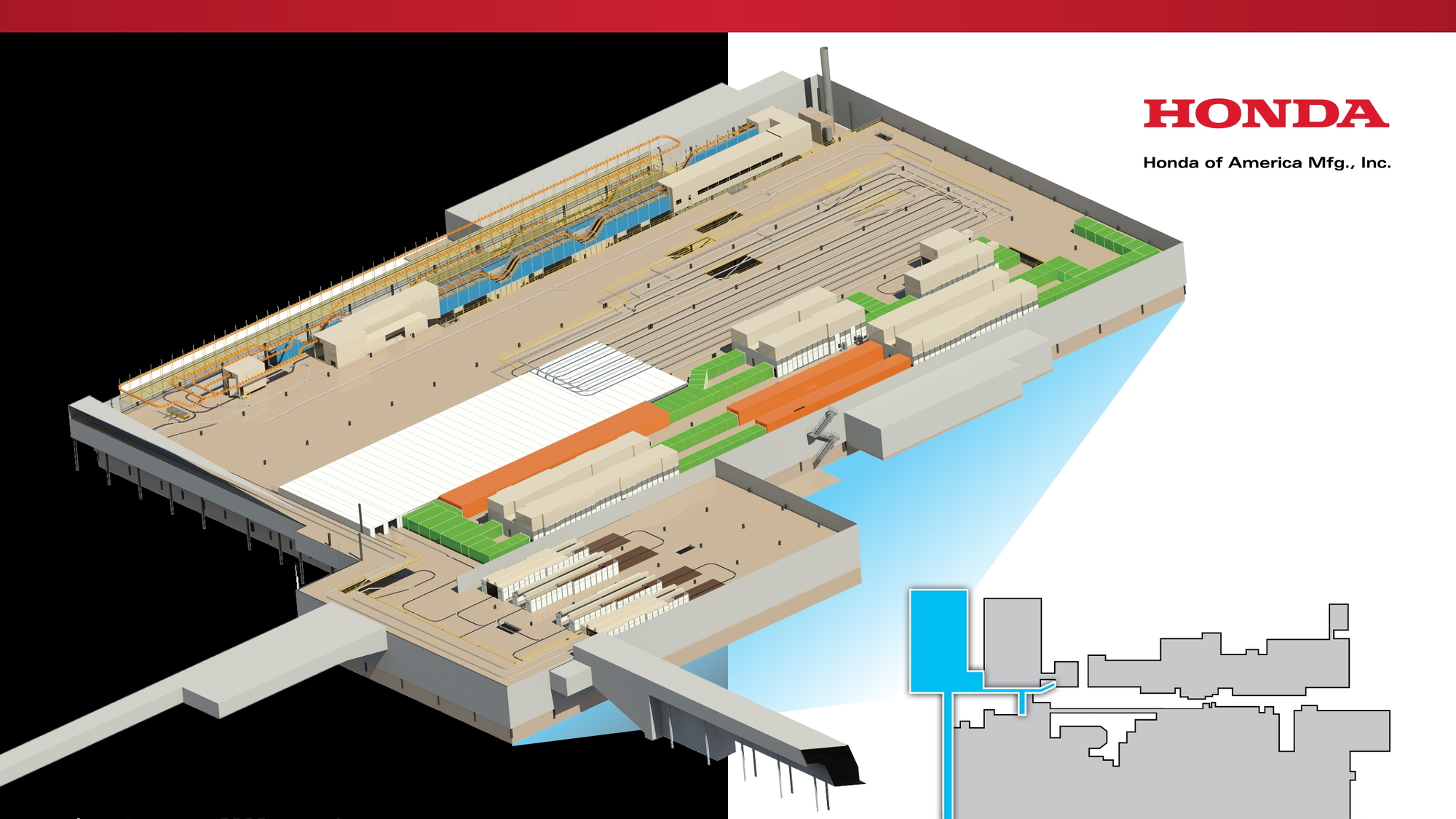 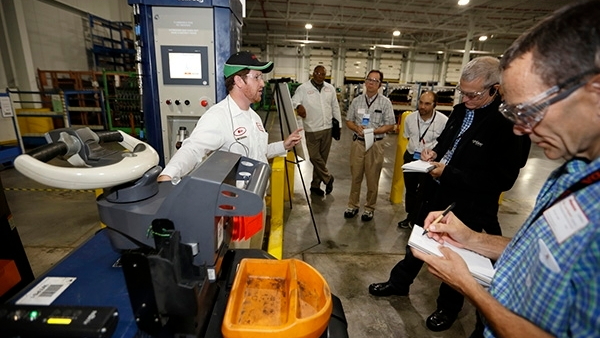 It's well established by now that the energy required to extract raw materials and turn them into a finished car is considerably less than the energy that car will consume over its lifetime to move itself around.

But that isn't stopping manufacturers from chipping away at the huge amounts of energy consumed in and around their assembly plants.

Thus far, its Marysville, Ohio, assembly plant has cut total energy use by 25 percent since 2008, using a mix of energy management systems and precise measurements of actual usage.

The company also announced a $210 million state-of-the-art paint line at its Marysville plant that cuts the total energy consumed in painting cars in that line by 18 percent.

Honda is particularly proud of the 66-percent reduction in volatile organic compounds from using a "dry booth" technology in one step of the new paint line.

According to plant manager Rob May, painting alone can represent up to 60 percent of an assembly plant's total energy consumption.

But while painting is a substantial part of the overall energy reduction at Marysville, there are few silver bullets. Instead, it's a relentless process of looking at every detail, and sweating the small stuff.

ALSO SEE: Honda Dealer In NJ Is First In U.S. To Use No Net Electricity

Other Honda initiatives include a "Green Dealer" program, embodied in a best-practices manual for renovating dealerships to use the least energy in their ongoing operations and lower their carbon footprint as a result.

Opened almost two years ago, the poster child for this effort is Rossi Honda of Vineland, New Jersey. It claims that it is the first U.S. car dealer to be "Electric-Grid Neutral," meaning it uses no net electricity from its local utility.

The program leader for the green-dealer program, Honda's Raminta Jautokas, stressed that the program is voluntary.

It's most appropriate when dealerships go through thorough renovations, she said--which only happens every 10 years or more.

Thus far, 84 of Honda's 1,300 U.S. dealers have enrolled and had their energy reductions verified. Honda covers the auditing cost, though dealers pay for their own renovations.

Of those, 50 are in the silver category (10-percent reduction), 23 are gold (20 percent), and 11 have reached the platinum level of a 50-percent overall carbon footprint reduction.

Honda released its 93-page Green Dealer manual to the public last December, and it also expanded the program from its auto dealers to power-equipment dealers as well.

As vehicles of all categories get more fuel-efficient, the energy involved in making them will represent a larger and larger portion of their overall carbon emissions.

Honda is hardly alone in working to reduce that use on a comprehensive basis--but it's taking that effort seriously, and propagating its best practices and their results throughout the company.