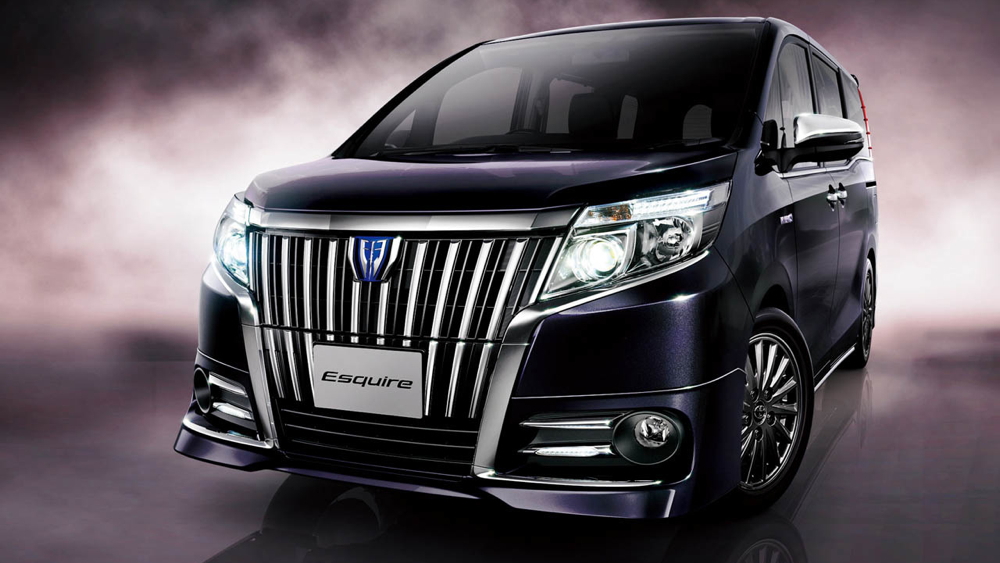 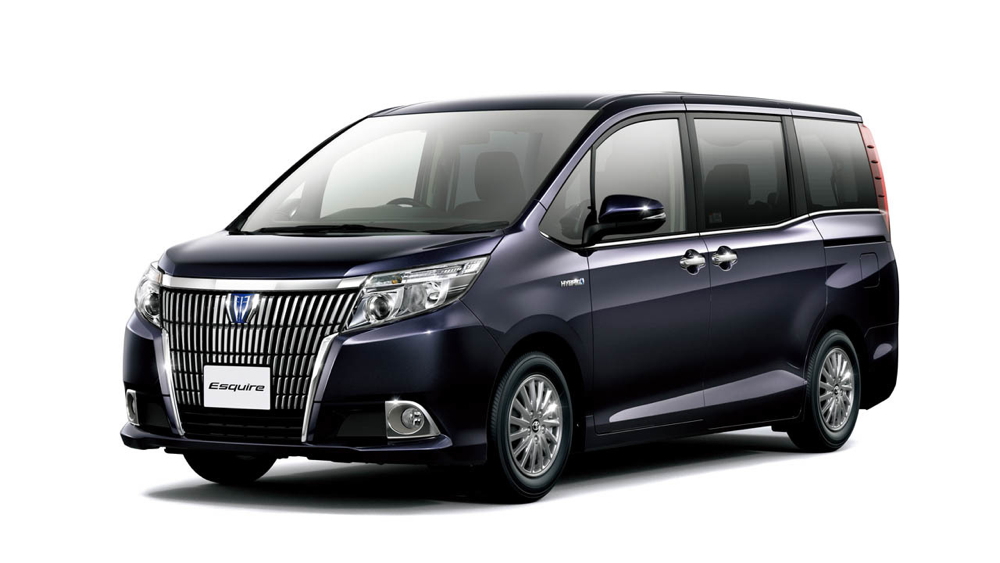 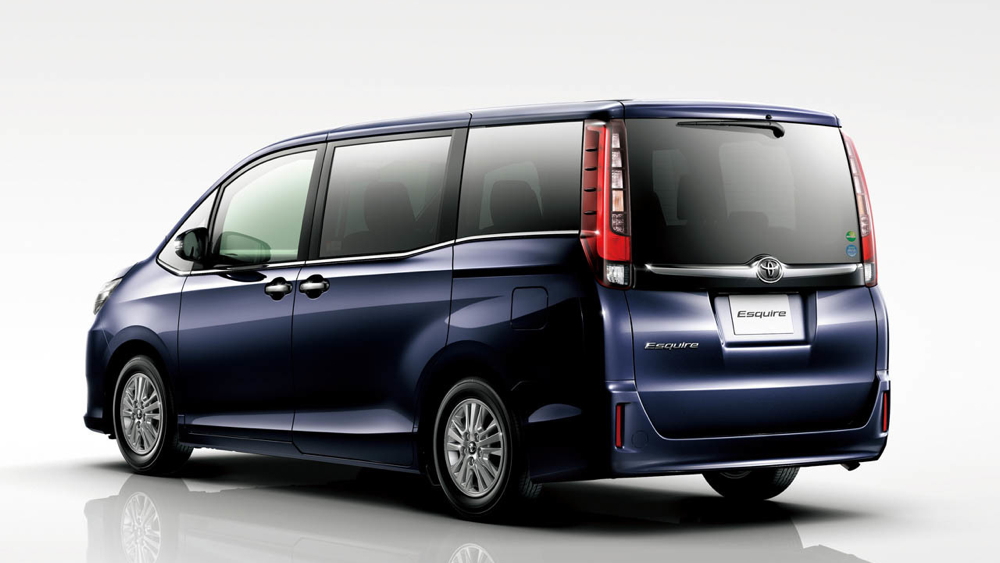 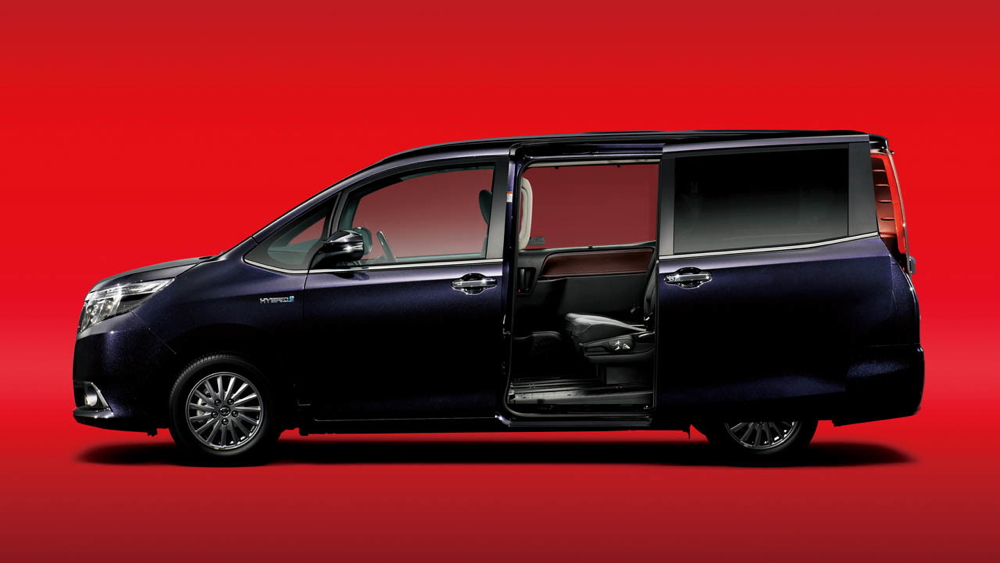 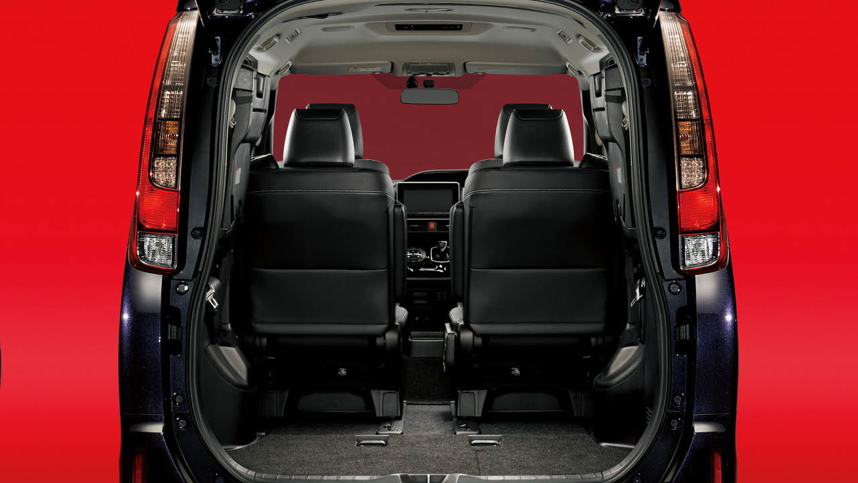 10
photos
Car enthusiasts often pine after vehicles sold in other markets, but this "forbidden" fruit rarely comes in the form of a minivan.

The new Toyota Esquire is certainly not like any minivan sold in the U.S., combining an upscale interior with a hybrid powertrain option.

Apparently designed for Japanese businessmen looking to entertain large groups of colleagues, the Esquire can seat seven or eight passengers in a leather-lined interior (depending on the model), but is somewhat smaller than the U.S.-market Sienna.

The exterior features a massive chrome grille and the Esquire gets its own emblem, consisting of a shield, sword, "the collar of a gentleman's suit," and the letters Esq., should anyone doubt its pedigree.

Japanese buyers will get two powertrain options. Base models will be offered with a 2.0-liter four-cylinder gasoline engine, which produces 150 horsepower and 142 pound-feet of torque and drive the front wheels through a CVT automatic. All-wheel drive is optional.

An Esquire hybrid will also be available, pairing a 1.8-liter four-cylinder engine and an electric motor to produce a combined 134 hp.

Toyota says the hybrid will achieve the equivalent of around 55 mpg on the Japanese testing cycle, while the non-hybrid model is rated at 38 mpg with front-wheel drive and 34 mpg with all-wheel drive.

The Esquire will be sold at select Toyota dealers in Japan, with prices starting at around 2.6 million yen, or about $24,000 at current exchange rates.

Don't expect this model to be imported to the U.S., where minivan sales are constantly under threat from encroaching crossovers.

On this side of the Pacific, Toyota offers the Prius V tall wagon--and much larger Highlander Hybrid--for green-minded buyers of utility vehicles.