If you've had your heart set on a modern interpretation of the old Volkswagen Westfalia camper van, you're in luck.

RELATED: Electric Vehicles In RV Campgrounds: What You Need To Know

Based on small or mid-size vans, camper vans are still popular in Europe. They're a step up from camping in a tent, but their small size makes these vans a bit more manageable than a full-size recreational vehicle (RV) or trailer. 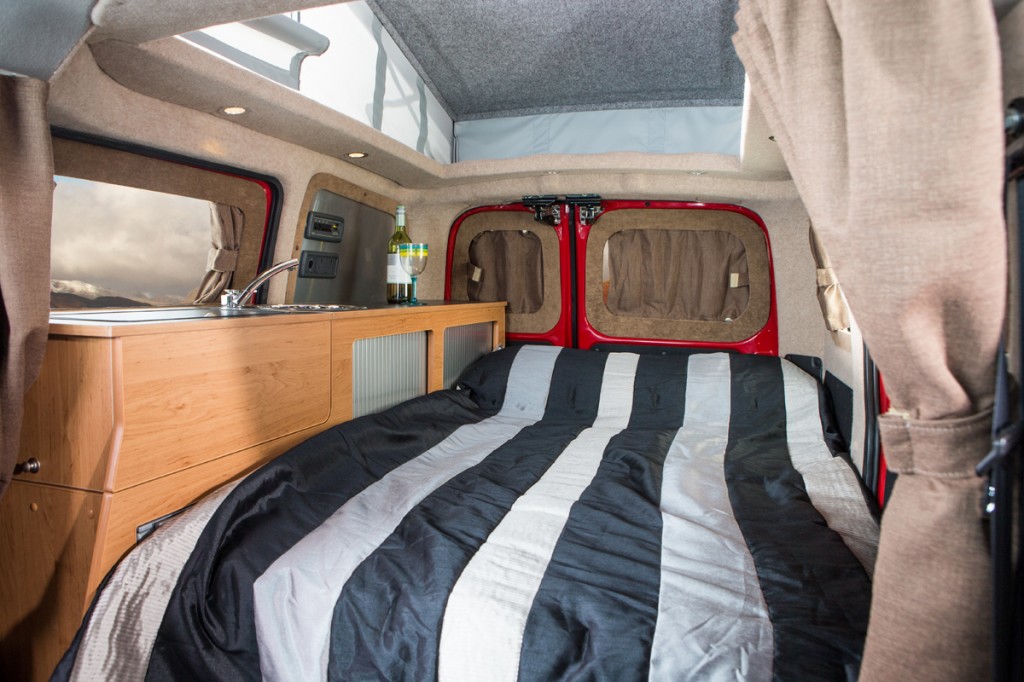 No modifications were made to the electric powertrain, which includes an 80-kilowatt (110 horsepower) electric motor and 24-kilowatt-hour lithium-ion battery pack, both borrowed from the Nissan Leaf electric car.

These are the same figures quoted by Nissan for the U.K. version of the stock e-NV200, but the extra weight of the camping gear will likely blunt performance a bit.

At least many campsites and trailer parks already offer access to electrical outlets, so drivers can charge while they camp, albeit at a slower rate than with a conventional Level 2 charging station.

The e-NV200 is already on sale in Europe and Japan, but Nissan hasn't confirmed whether it will bring the electric van to the U.S.

If it does, a similar conversion could offer buyers a greener alternative to the traditional RV, provided they're willing to move at a slightly slower pace.