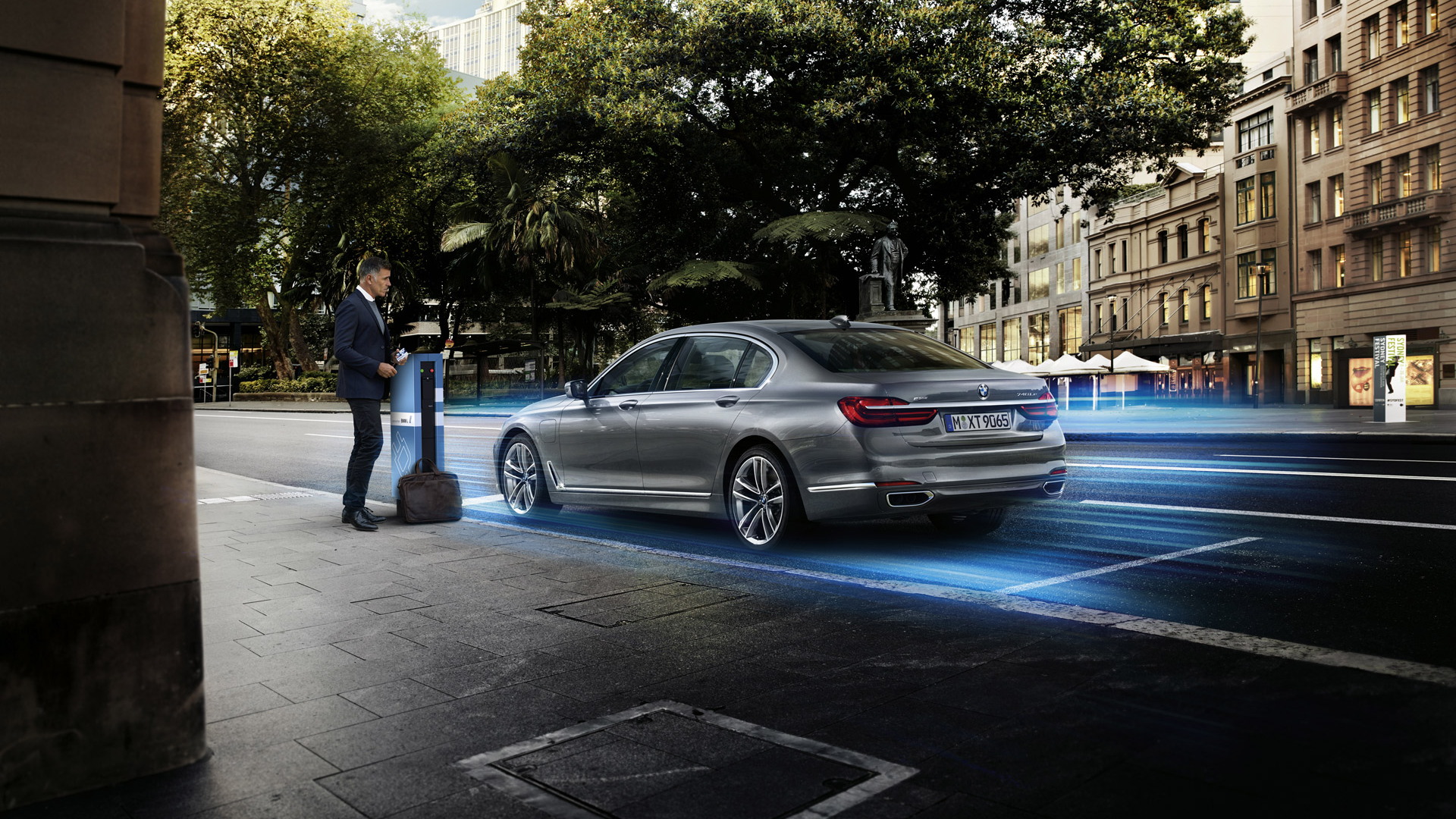 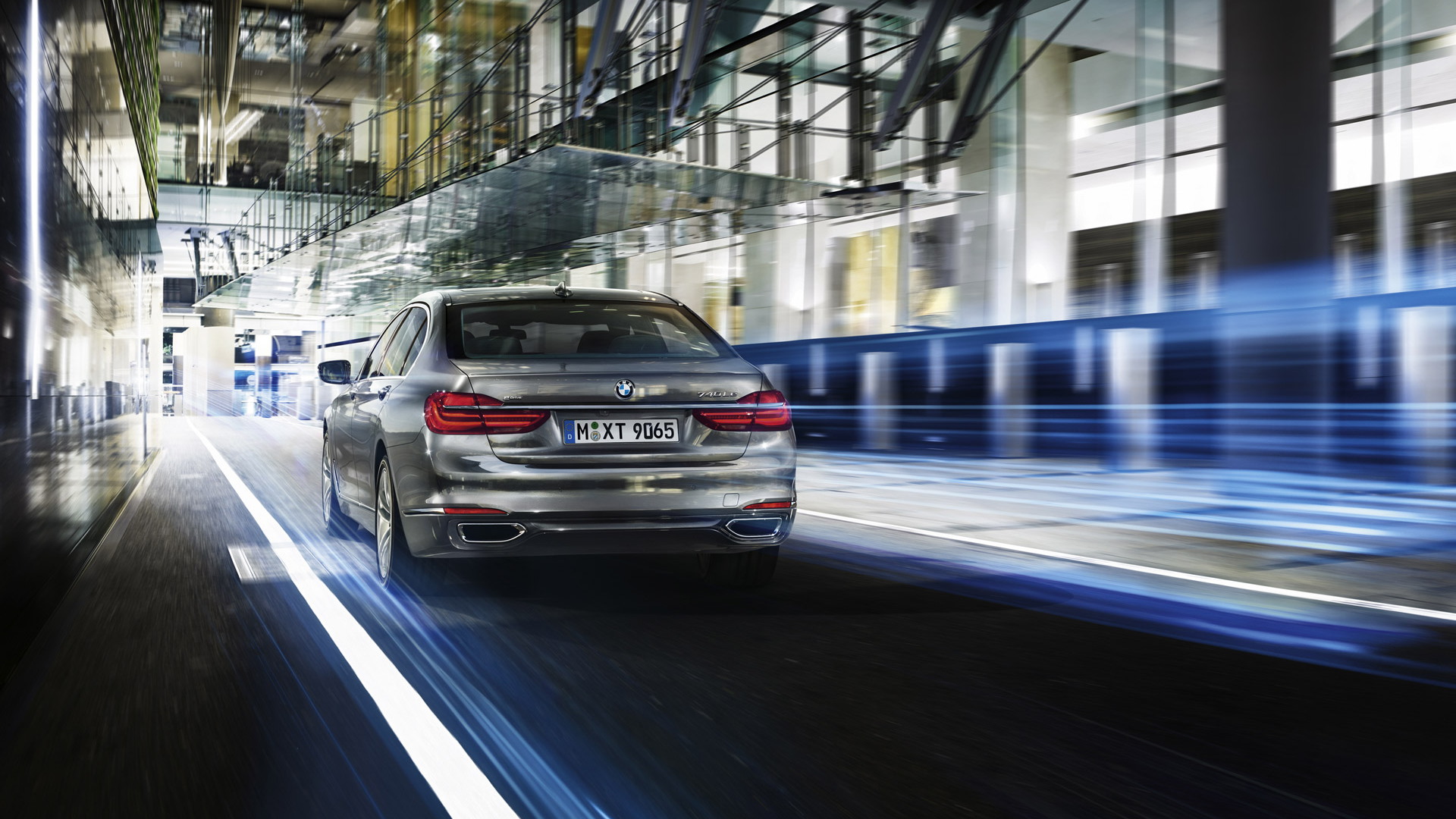 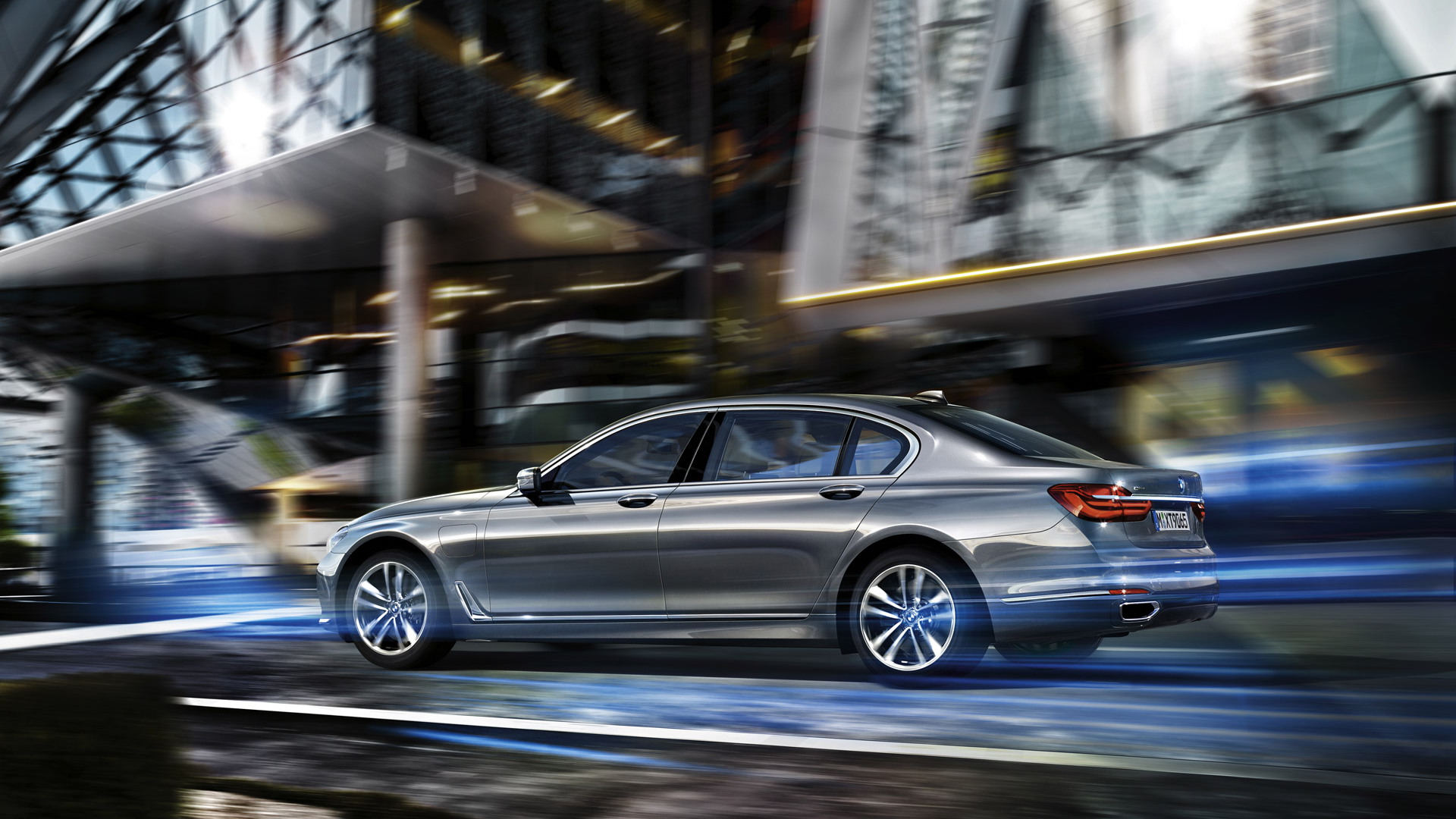 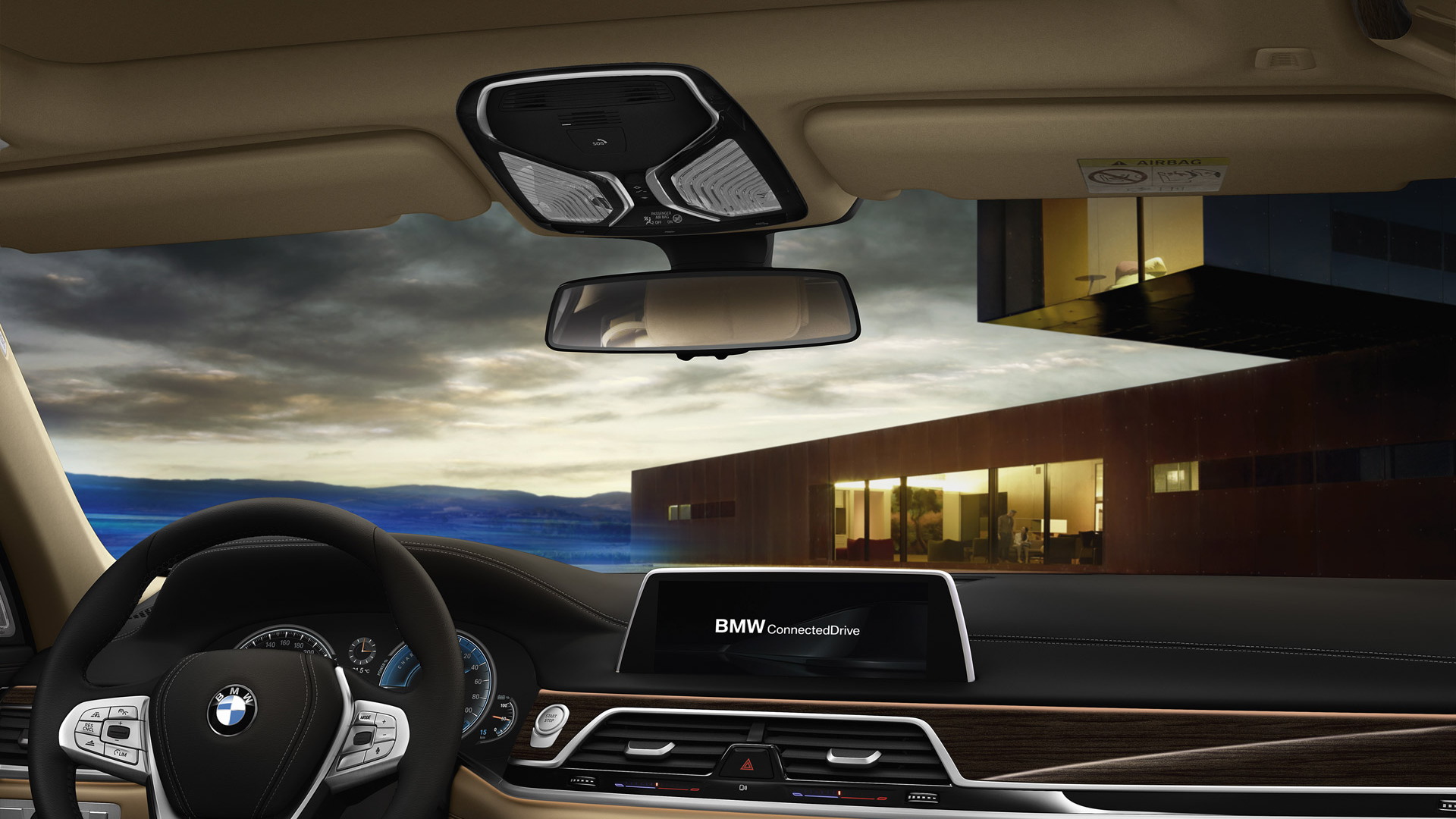 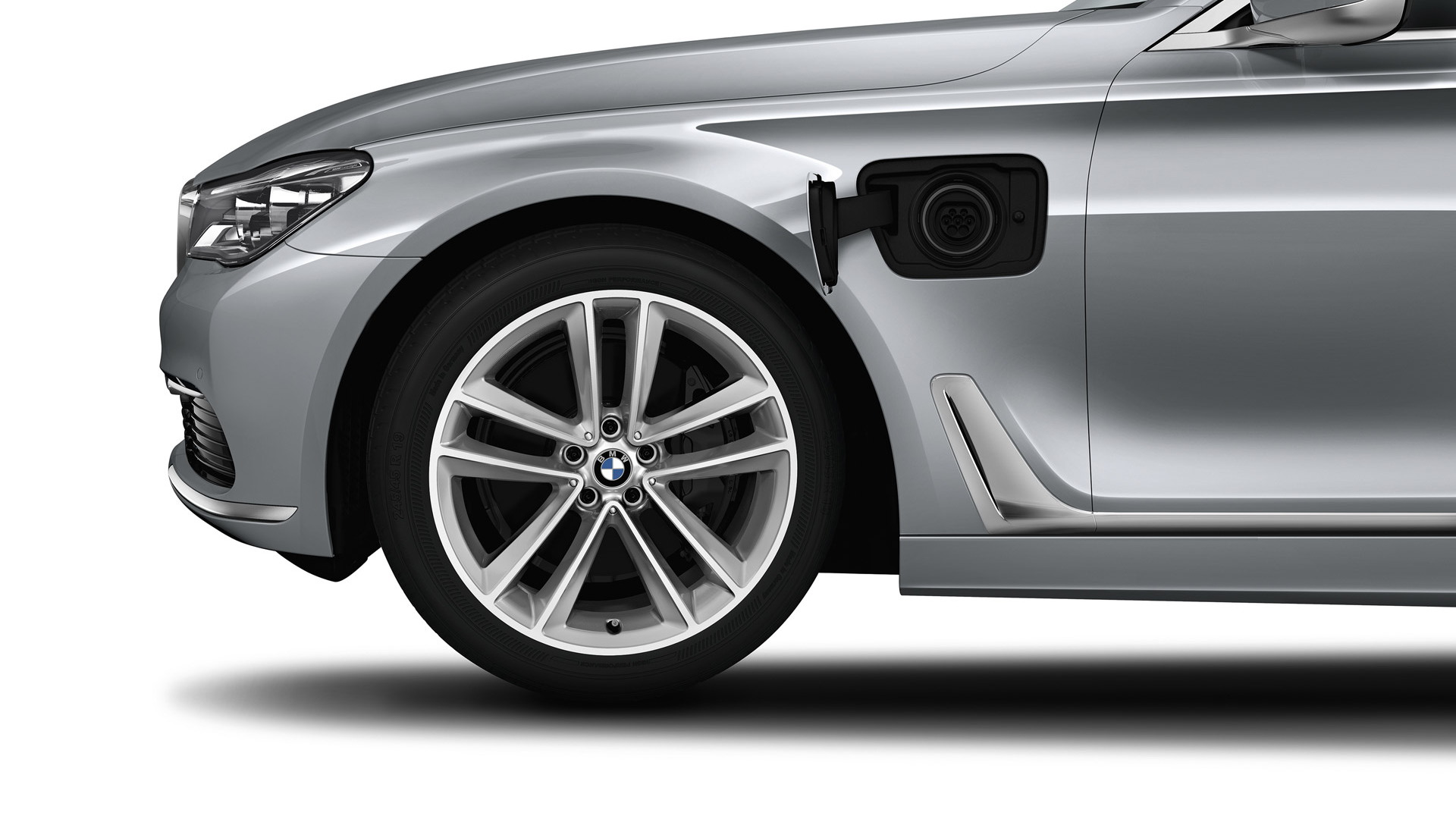 The 2016 BMW 7-Series has now been announced, and among the dizzying array of models and trim packages is a plug-in hybrid version.

That makes the awkwardly-named 2016 BMW 740e xDrive the fifth plug-in car from the Bavarian company.

The 740e xDrive shares its powertrain with the 2016 BMW X5 xDrive 40e, which was unveiled at the 2015 Shanghai Motor Show and goes on sale later this year.

That means the 7-Series plug-in hybrid gets a 2.0-liter turbocharged four-cylinder gasoline engine, with an electric motor integrated with an eight-speed automatic transmission.

Together, the two power sources drive all four wheels. BMW did not disclose power figures for the 740e xDrive, but the X5 xDrive 40e has a combined output of 309 horsepower and 331 pound-feet of torque.

The car's lithium-ion battery pack is mounted under the rear seat, which BMW says helps protect it from crash damage.

The pack stores enough energy for an electric-only range of 23 miles. Top speed is limited to 75 mph in electric mode.

To make the most of this range, the navigation system's route-guidance function can also be programmed to find routes that help maximize electric driving.

When it launches next year, the 740e xDrive will compete directly with the Mercedes-Benz S550e plug-in hybrid.

In addition to the plug-in hybrid option, the 2016 7-Series will be offered with a 3.0-liter turbocharged inline-six in 740i guise, and a 4.4-liter twin-turbocharged V-8 in 750i xDrive spec.

Regardless of the powertrain, though, all sixth-generation 7-Series models will benefit from weight savings owing to significant use of carbon fiber-reinforced plastic (CFRP).

The 'Carbon Core' passenger cell incorporates lessons learned from the i3 and i8 plug-in cars.

CHECK OUT: Next BMW 7-Series To Use 'Carbon Core' Based on i3 Electric Car Body

It uses a combination of CFRP, aluminum, and high-strength steel to cut weight by up to 190 pounds compared to the previous 7-Series, BMW says.

CFRP is incorporated into structural elements--such as the B-pillars--with steel backing, reducing the amount of metal needed and increasing rigidity as well.

In addition, the 2016 7-Series has an aluminum trunk lid and doors. Efforts were made to reduce the weight of the suspension, brakes, and the insulating material around the engine as well.

Besides helping to improve fuel economy, BMW is quick to note that these measures help lower the car's center of gravity--improving handling.

Pricing and full EPA fuel-economy data will be available closer to that date.