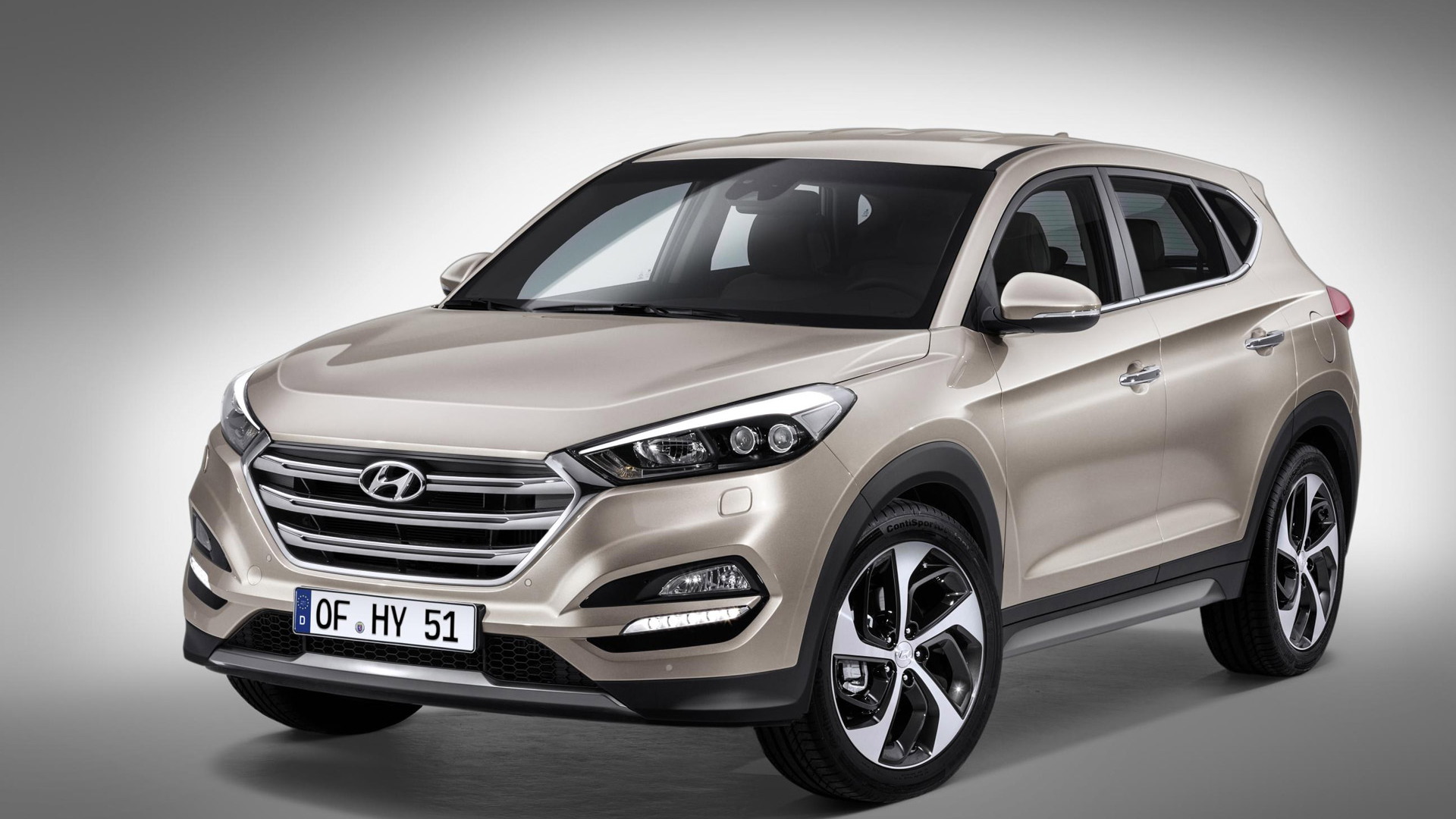 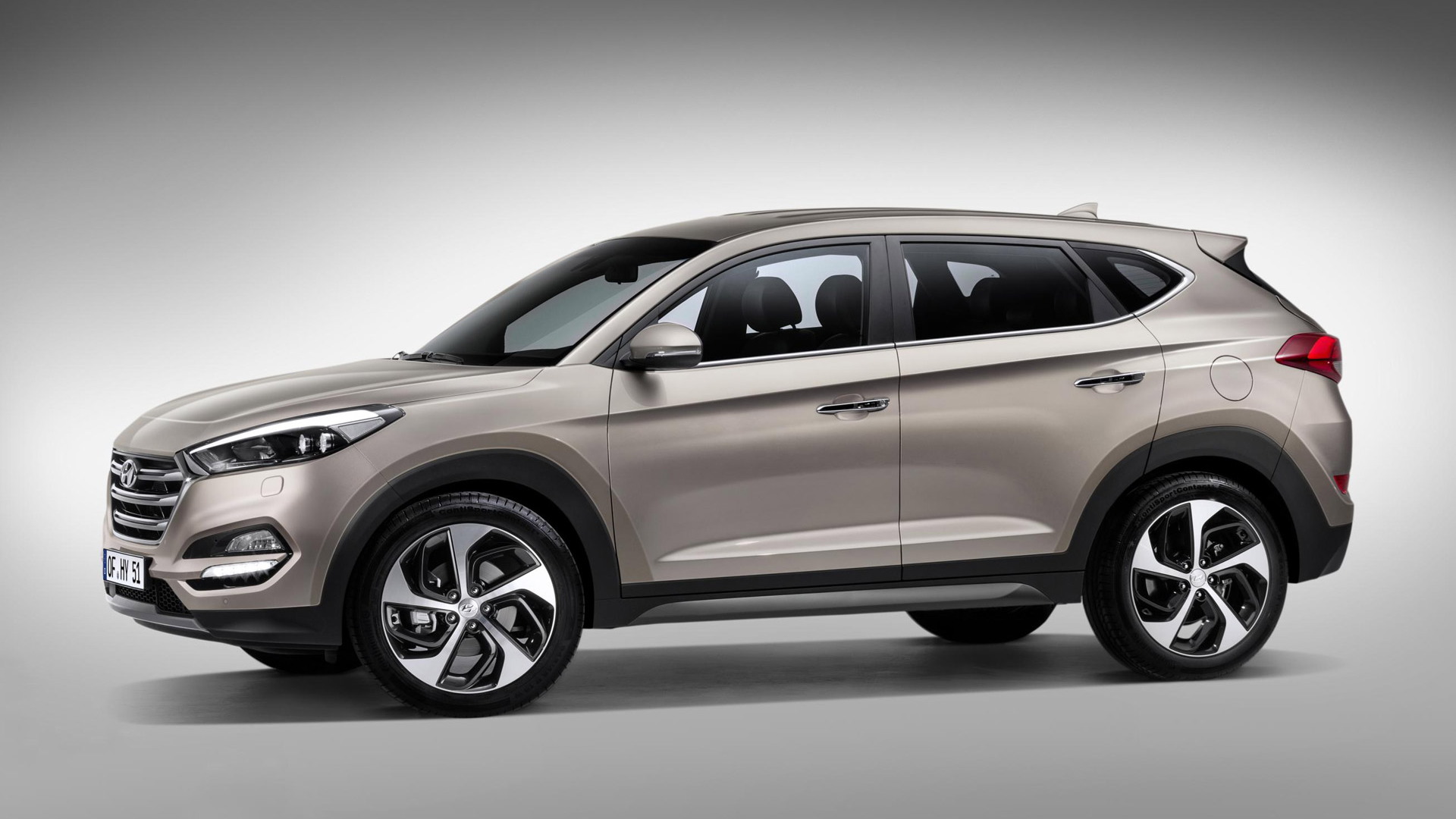 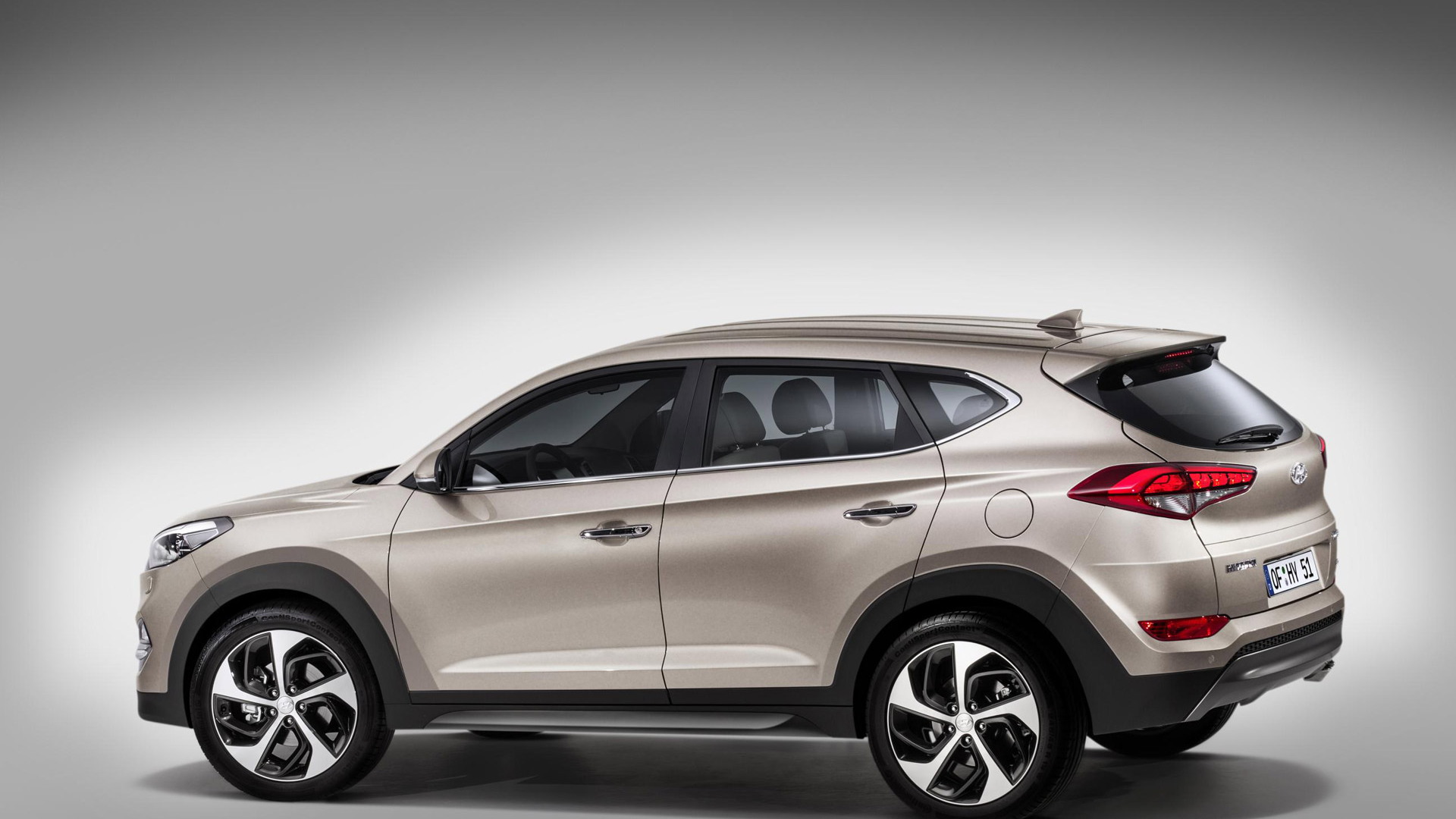 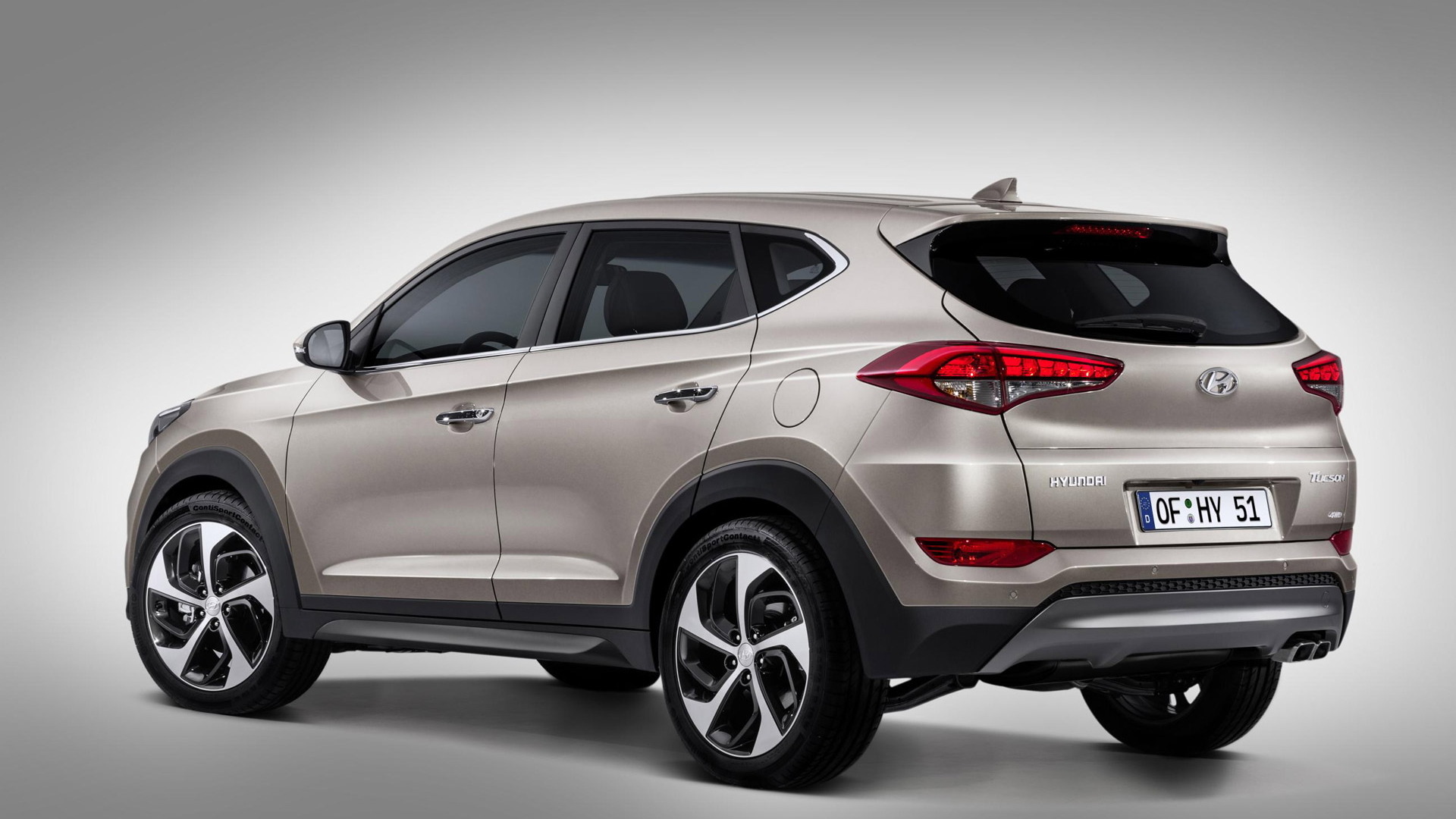 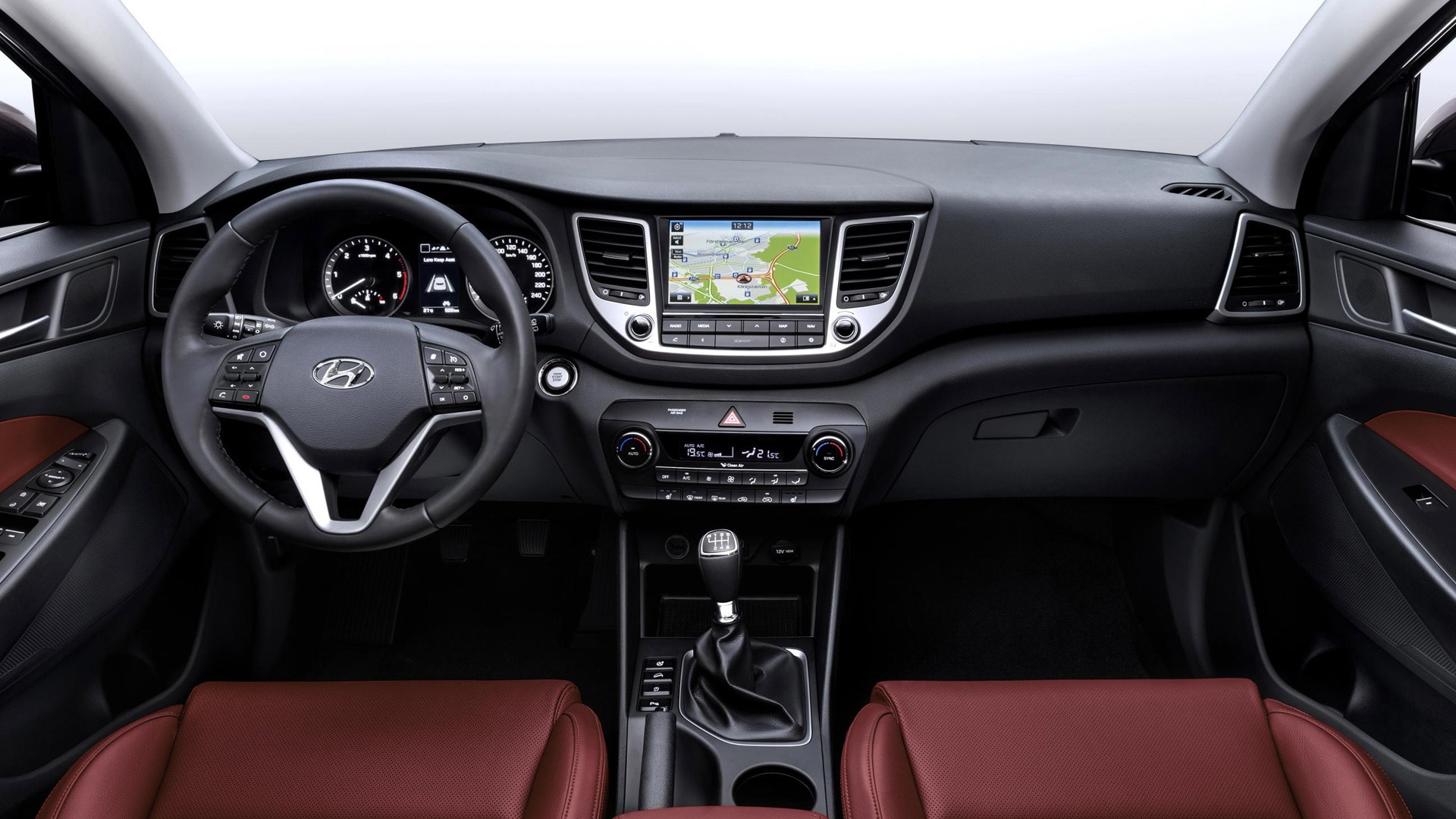 The new 2016 Hyundai Tucson will arrive later this year, but not all of its variants will be offered in the U.S.

At the Geneva Motor Show earlier this month, Hyundai showed off two hybrid models we likely won't see: a 48-volt mild hybrid and a plug-in hybrid, both of them fitted with diesel engines.

Hyundai has an aggressive program of rolling out green powertrain technologies, with next-generation hybrid and its first plug-in hybrid models of both the latest Hyundai Sonata.

That car's sibling under the skin, the Kia Optima, will also offer the same pair of hybrids.

Today, in fact, the Lexus NX 200h is the sole entry in that segment.

But the Hyundai Tucson 48V Hybrid shown in Geneva may point the way toward a lower-cost system that could be rolled out in other Hyundai and Kia products.

It's an evolution of the maker's previous starter-generator hybrid system, but adds a 48-volt lithium-ion battery, along with an inverter and a low-voltage DC-DC converter.

The generator, which replaces a conventional starter motor, charges the battery and can add supplemental torque to the engine's output as well as restarting the engine from a stop.

It is used with a 134-horsepower 2.0-liter turbodiesel engine paired to a six-speed manual gearbox.

The entire package is said to weigh just 44 pounds (20 kg) and cost just a quarter of the total of a full-hybrid system.

It's broadly similar to systems offered by General Motors, known as Belt-Alternator-Starter (BAS) in their first generation and now eAssist in their latest incarnation, though sales of eAssist-equipped vehicles have been underwhelming.

The second hybrid at Geneva was a Tucson Plug-In Hybrid, which uses an electric motor to power the rear axle and a conventional diesel engine and transmission up front.

This "through-the-road hybrid" system is very likely similar to the the one shown on the Kia Soul Trail'ster Concept at the Chicago Auto Show last month.

In its European version, the new Hyundai Tucson uses a 1.7-liter turbodiesel and a seven-speed dual-clutch transmission.

The Plug-In Hybrid adds a 10.7-kilowatt-hour lithium-ion battery pack and an 85-kW motor on the rear axle.

Thta gives it a stated electric range of more than 30 miles (50 km) on the gentle European test cycle.

The car can operate in electric-only, diesel-only, or combined modes, with a total combined output of the engine and motor at 135 kW (180 hp) and a substantial 350 lb-ft of torque.

Hyundai notes that those figures "could be increased significantly" in future generations of the system.

While Hyundai and Kia are reportedly assessing whether to offer a diesel engine option in some of their future products, the combination of diesel and hybrid remains unlikely for North America.

Thus far no maker has plans to sell a vehicle with both those systems--each of which adds substantial cost to the vehicle--given the low penetration of each technology thus far into the passenger-car market.

It's more likely, however, that the through-the-road plug-in hybrid system will be used to add all-wheel drive to selected Hyundai and Kia models, paired with a gasoline engine.

Details on the U.S. version of the 2016 Hyundai Tucson will be released at the New York Auto Show that kicks off two weeks from now.