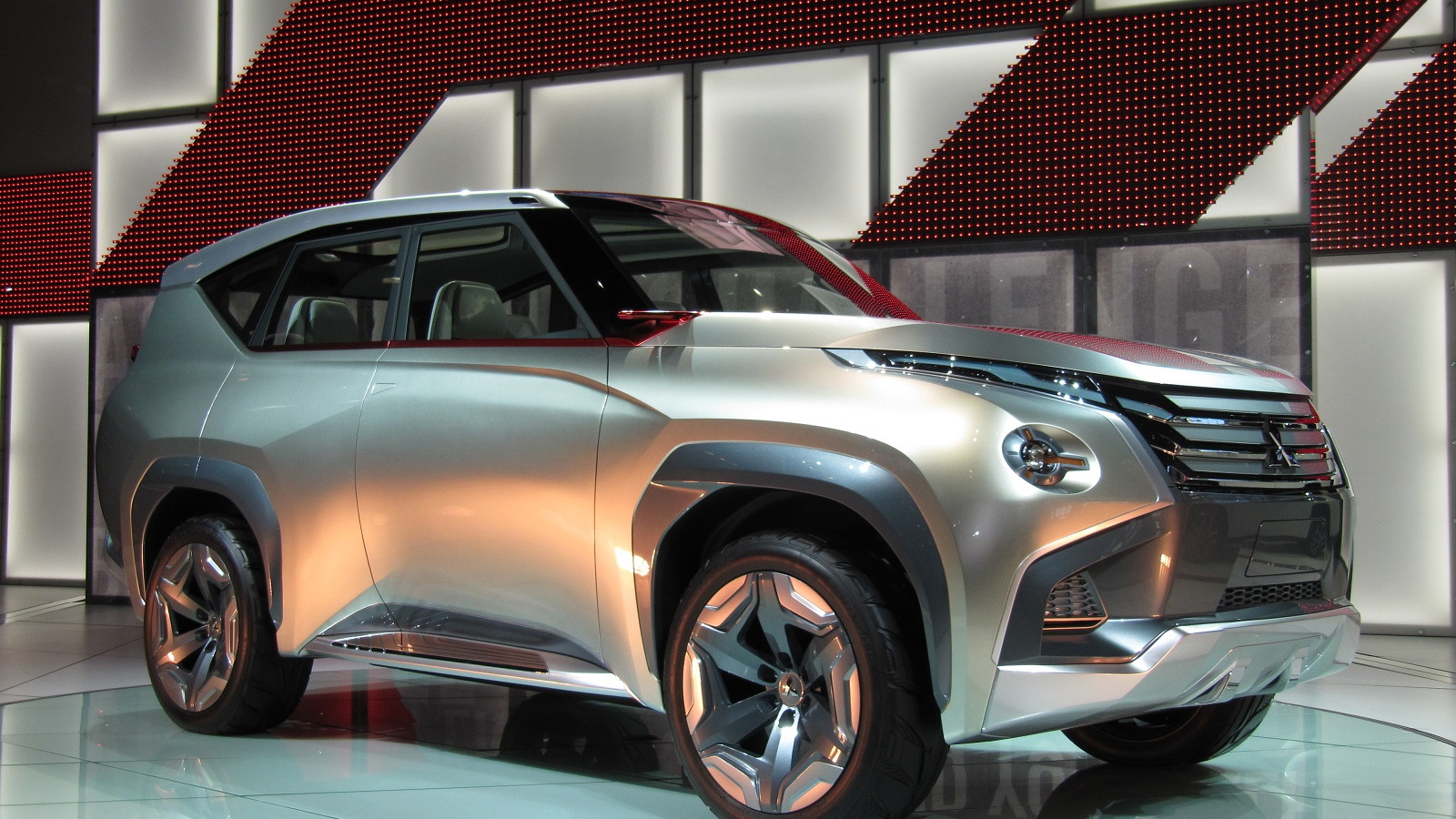 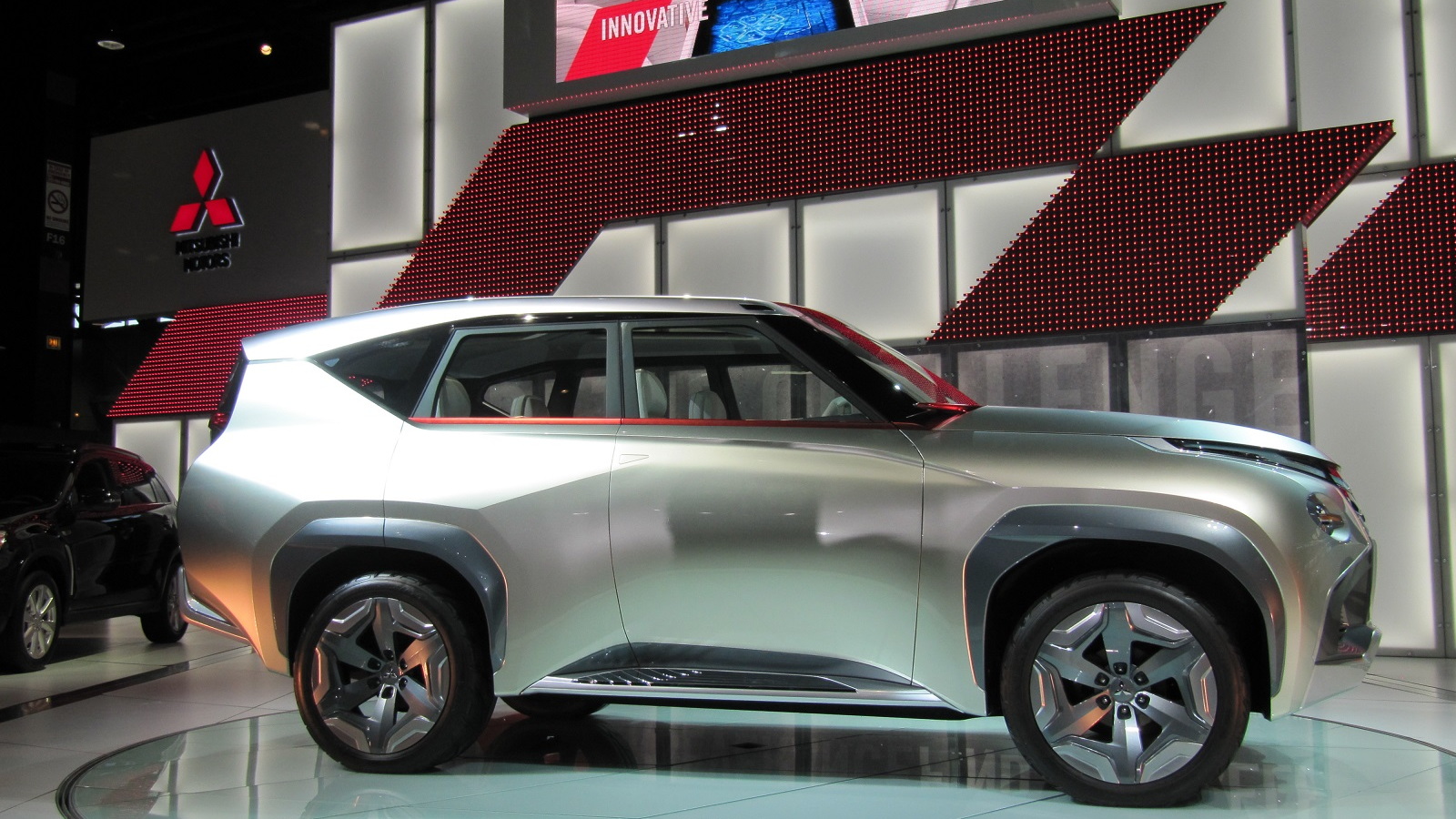 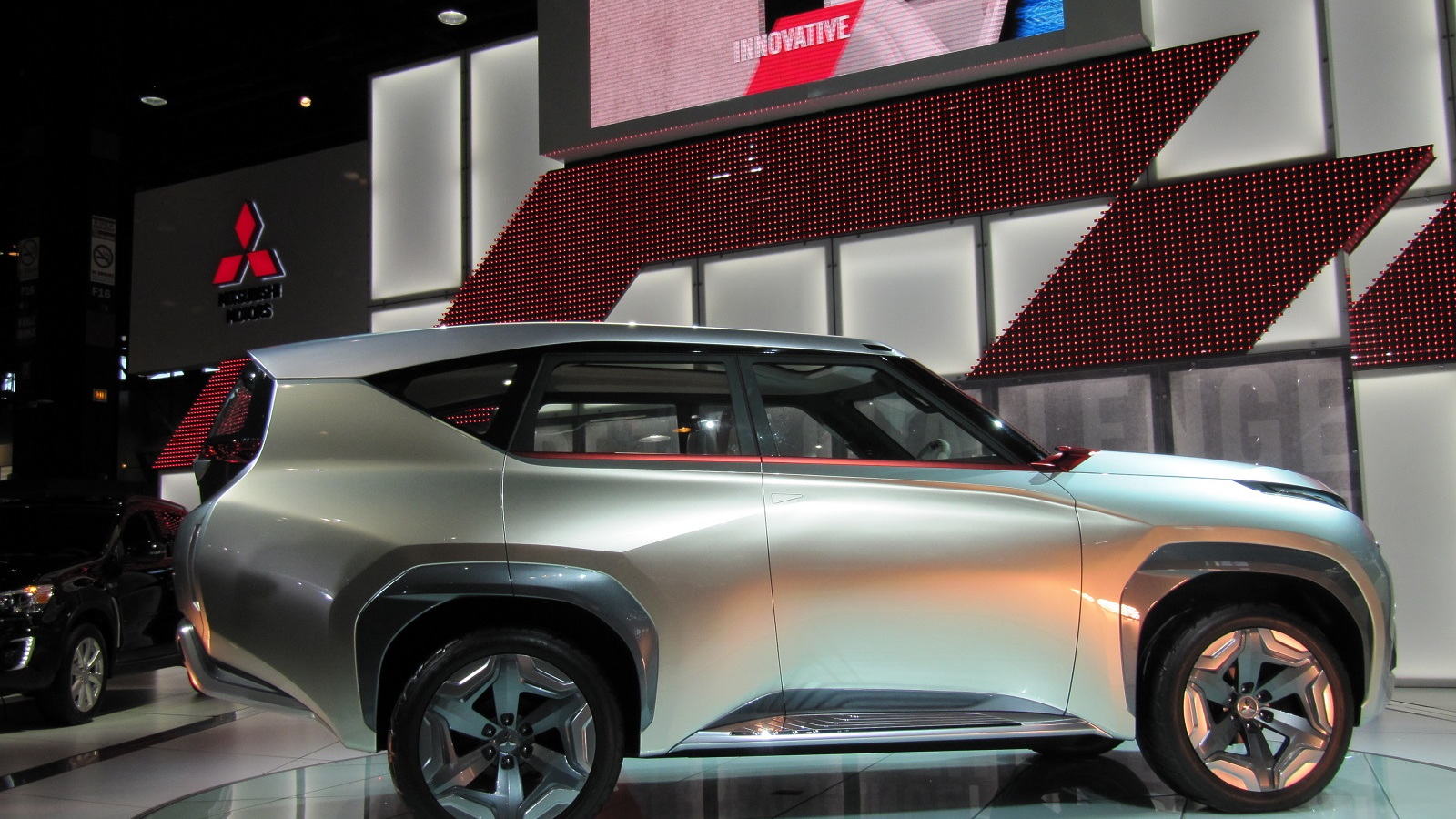 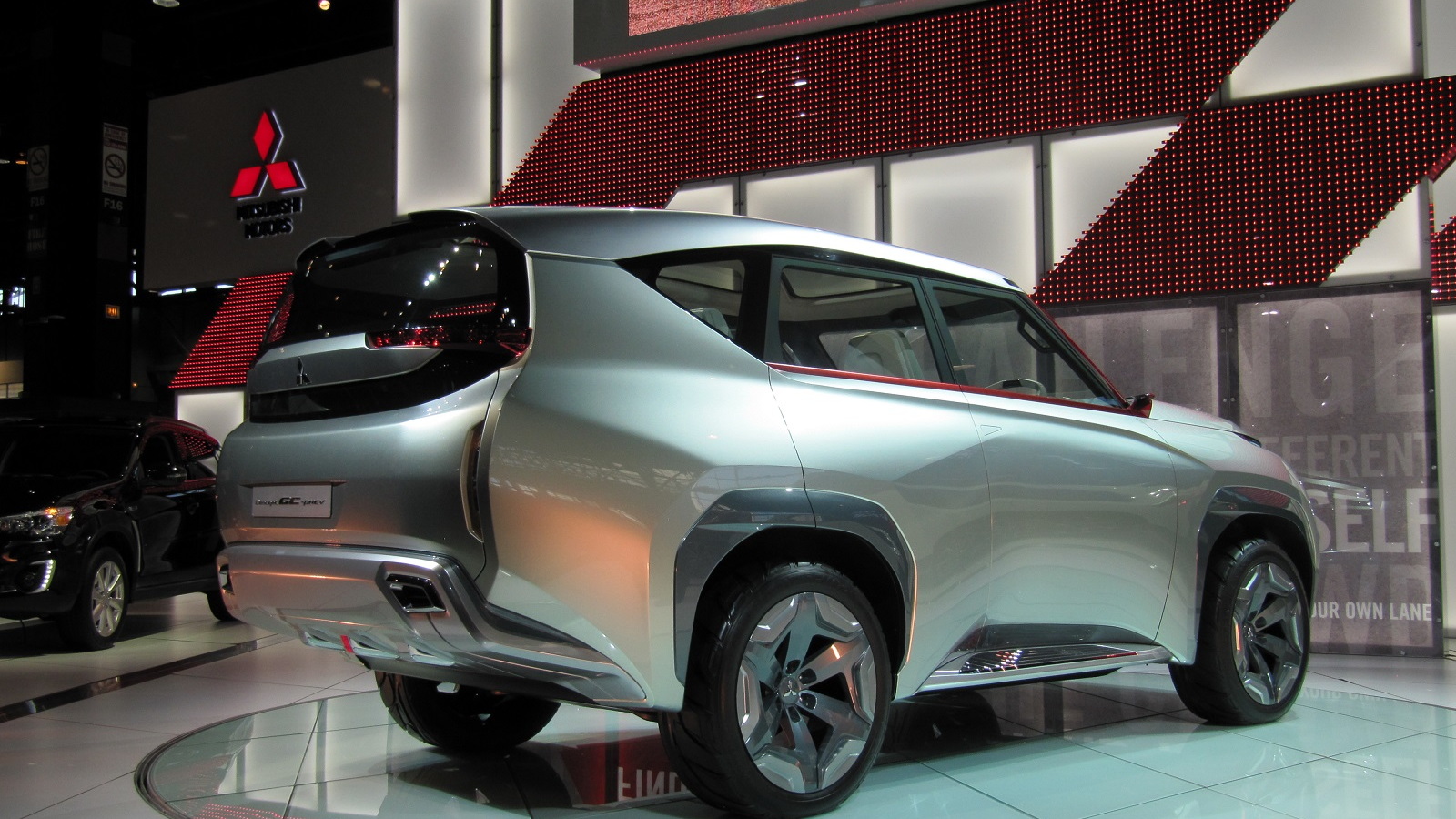 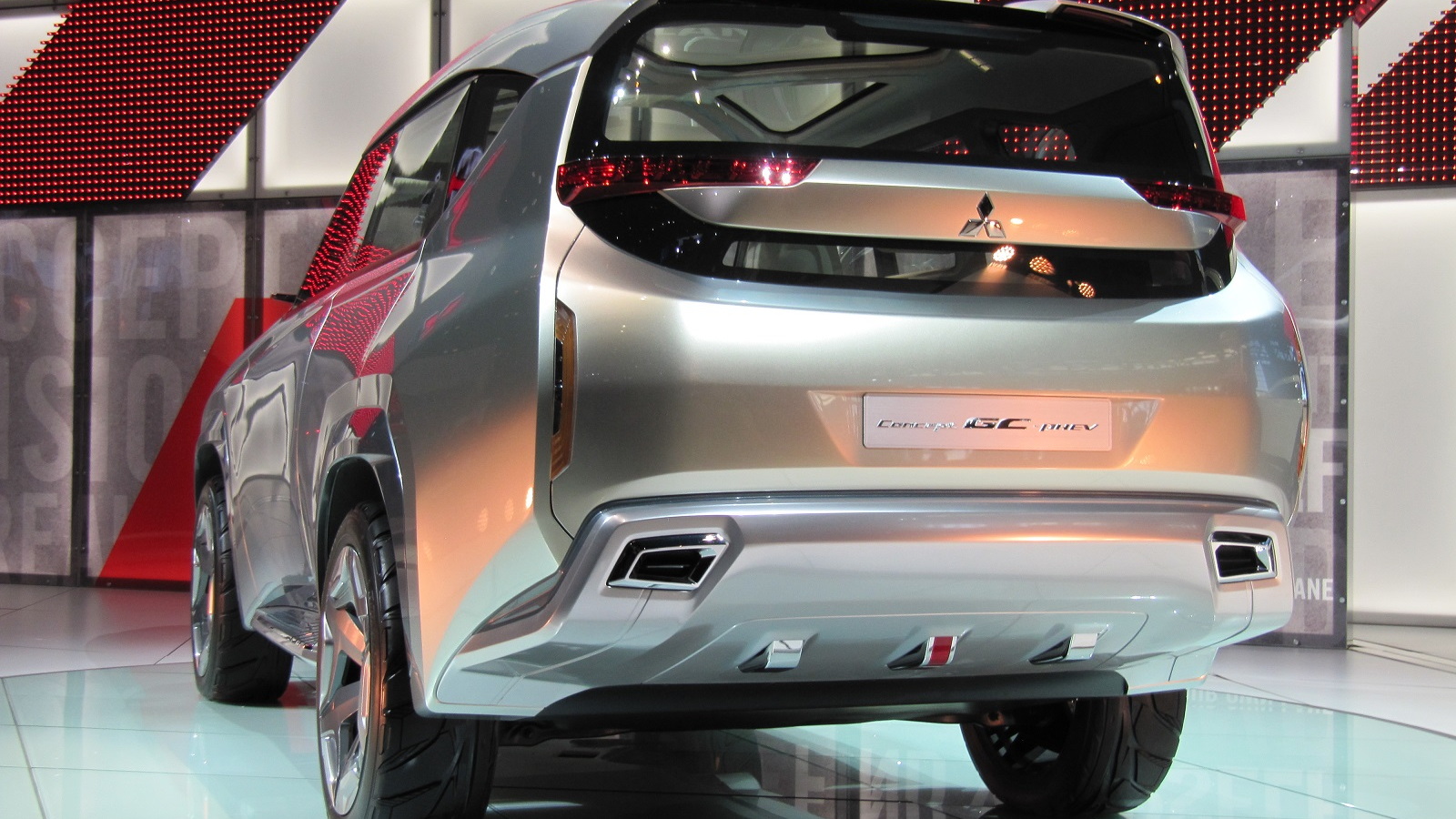 16
photos
At today's Chicago Auto Show, Mitsubishi showed off a new concept for a full-size SUV with a plug-in hybrid powertrain.

Called the Concept GC-PHEV, the large and angular design exercise had previously been seen at the 2013 Tokyo Motor Show last fall, but its appearance in Chicago represented its North American debut.

The big GC-PHEV follows on the heels of another Mitsubishi concept also shown 18 months ago in Tokyo, the XR-PHEV that appeared at last fall's Los Angeles Auto Show.

The Chicago vehicle--its name is short for Grand Cruiser Plug-In Hybrid--is a full-size sport-utility vehicle almost the size of the better-known Chevrolet Tahoe and Ford Expedition.

The company hasn't offered a large SUV since 2006, when it withdrew the Mitsubishi Montero.

Its largest utility vehicle these days is its Outlander mid-size crossover, new for 2013, which is expected to see a facelift for 2016 and then the introduction of the long-delayed Outlander Plug-In Hybrid model.

The Concept GC-PHEV features a large, bluff front and swept-back, slit-like headlights, with a beltline that jogs sharply upward at the rear and leads to a rear window with a distinct bubble shape.

The rear doors are hinged at the rear, eliminating the center pillar and opening into an interior designed for luxury, with a prominent center console and only four seats.

Mitsubishi quotes combined power output at 335 horsepower, and an electric range of more than 25 miles, although that's likely on the gentle Japanese test cycle--a U.S. number would likely be 25 or 30 percent lower.

Like other plug-in vehicles sold in Japan, it can deliver power out to a household if needed, at up to 1,500 watts.

Its Super All Wheel Control (S-AWC) full-time four-wheel-drive system allows power to be allocated among each wheel as needed.

While this may preview a vehicle to be launched in North America at some point in the future, the company's most immediate plug-in hybrid will be the Outlander version, more than a year hence.