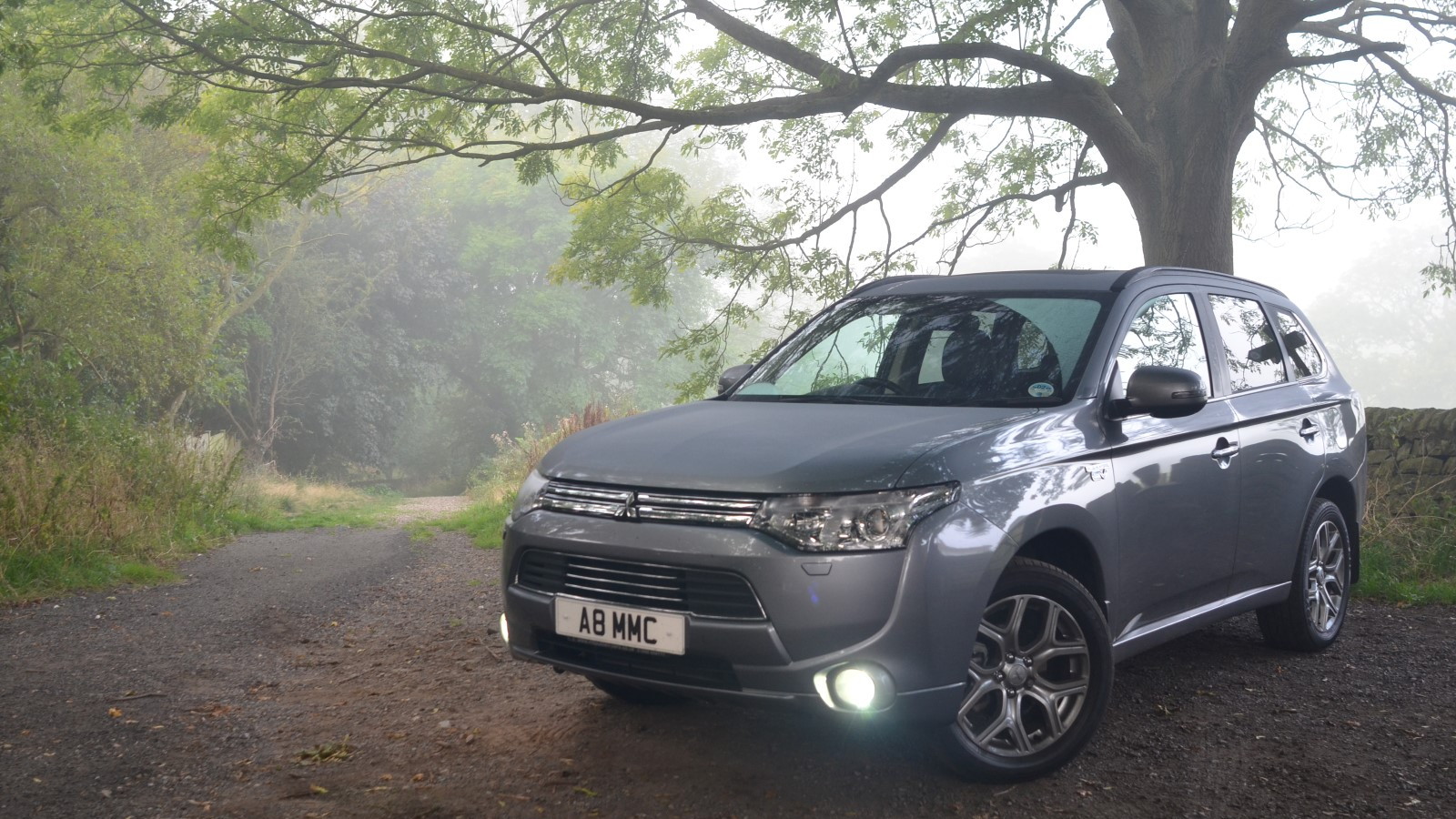 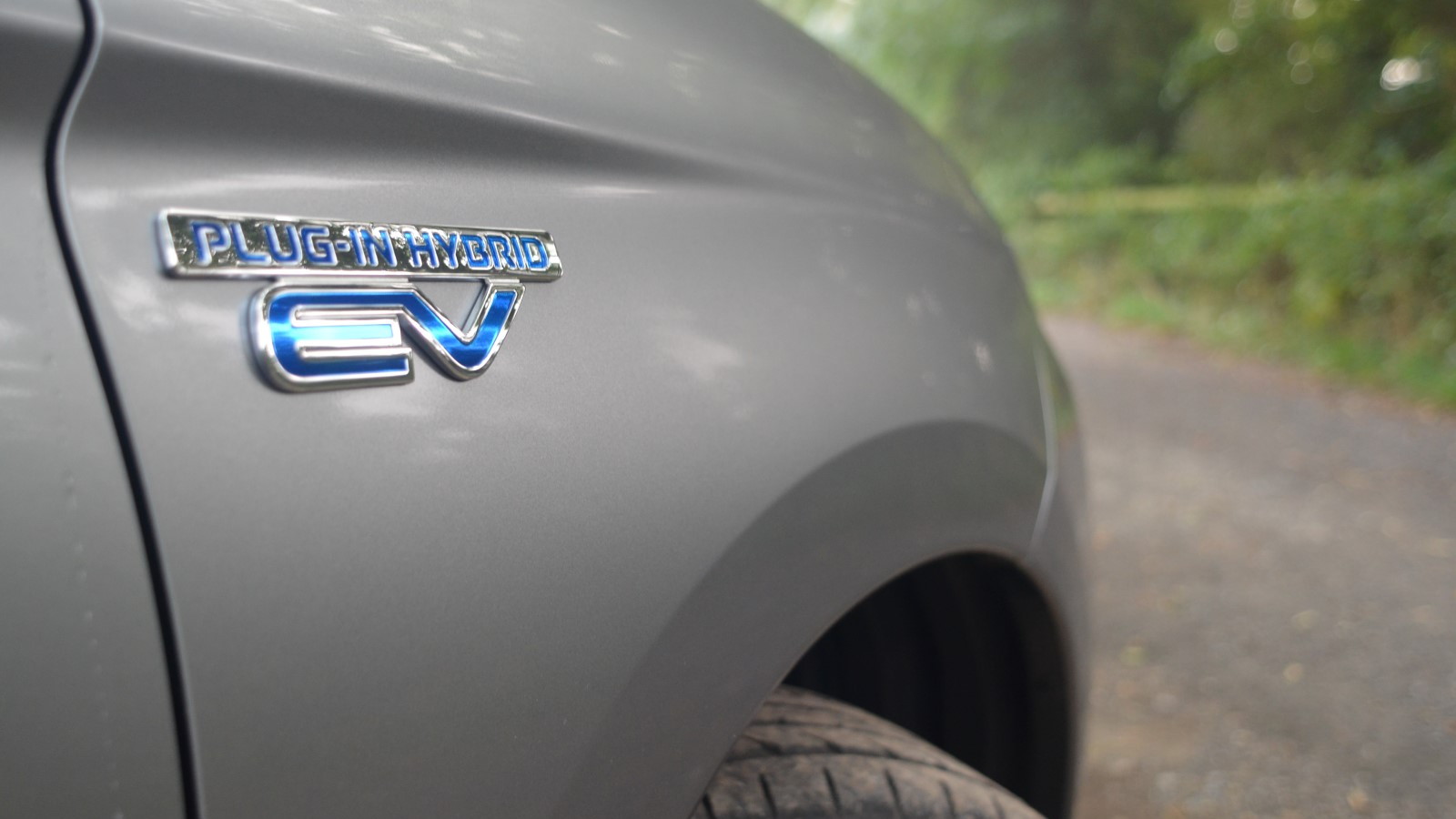 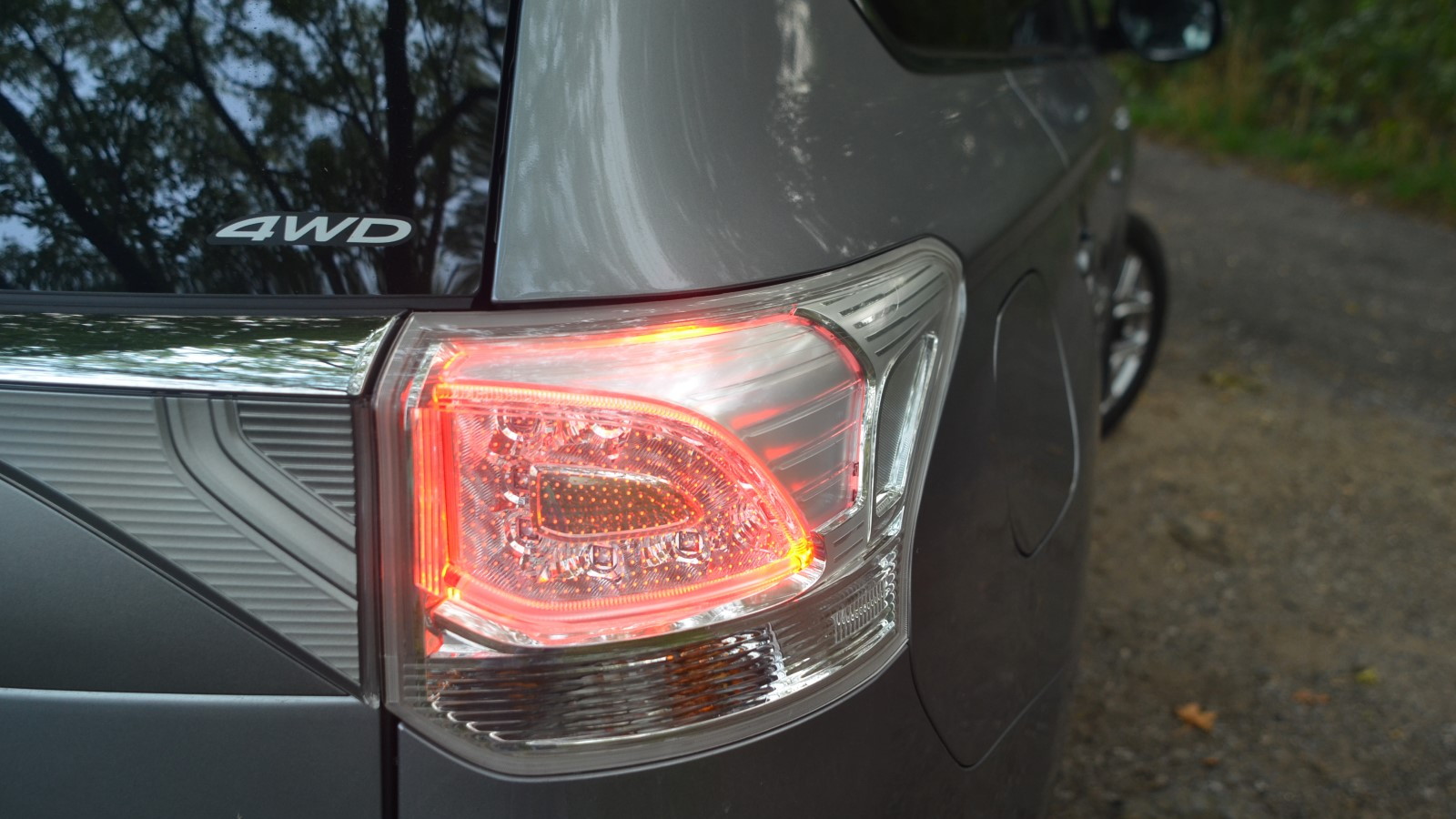 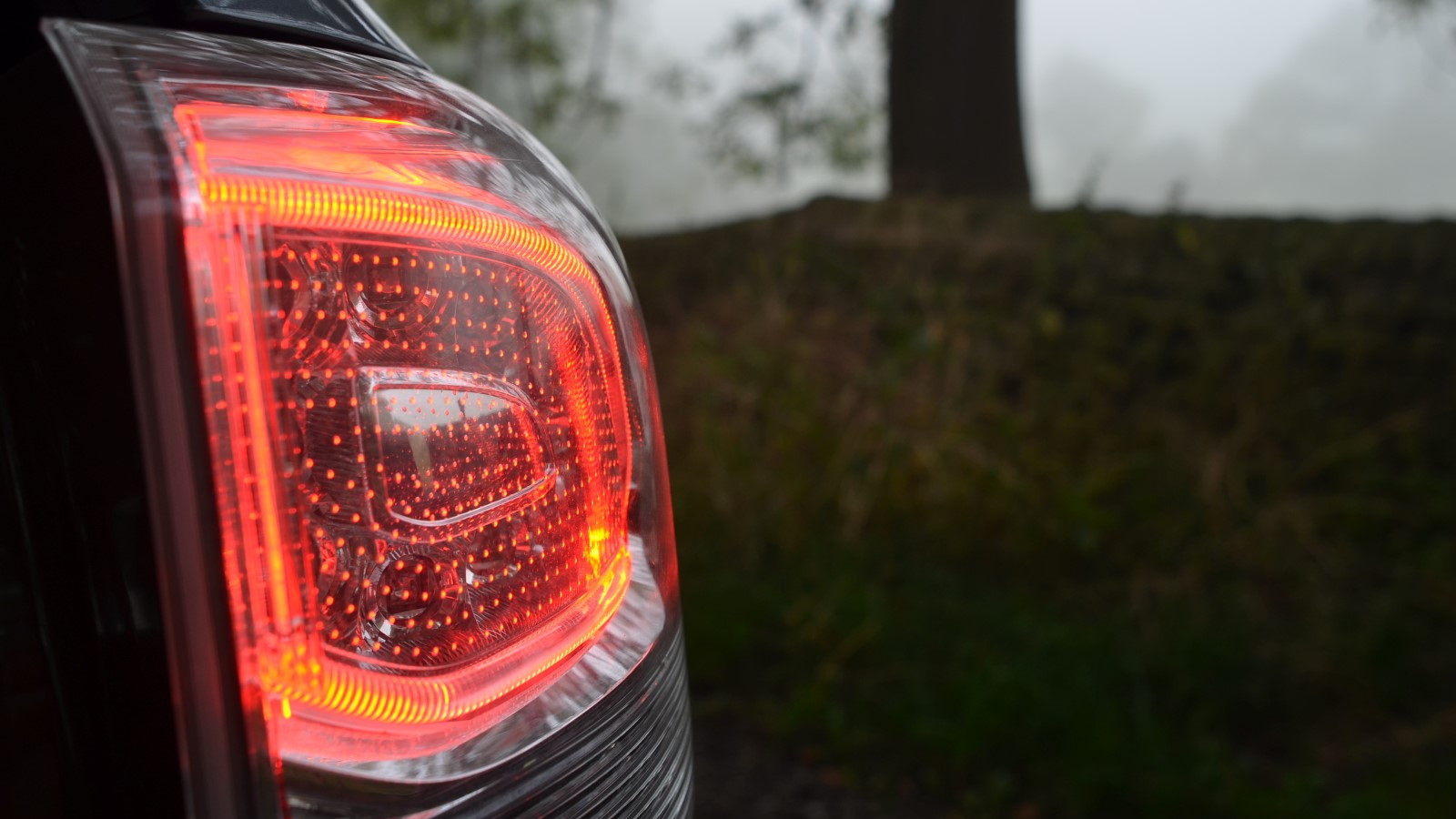 22
photos
The Mitsubishi Outlander Plug-In Hybrid isn't a "forbidden fruit", but it sure feels like one to American customers right now.

A series of delays has pushed its on-sale date to fall 2015, almost two years after it debuted in Japan and a full year after it went on sale in Europe.

Luckily, that European availability means we've been able to get behind the wheel for a week to test the Outlander's viability in day-to-day driving.

Mitsubishi designed the latest-generation Outlander to use plug-in power from the outset, so in terms of first impressions it has exactly the same impact as the regular car.

If we were being unkind, we'd say that's "not a lot", since the Outlander isn't the most striking of vehicles.

But in dark gray metallic paintwork with attractive brushed-finish alloy wheels and some subtle chrome detailing, the Outlander PHEV actually looks rather handsome.

It's a similar story inside, where this high-end model features leather seats and a sunroof to give the cabin a lift. The design is unremarkable but it's simple and clear enough to avoid causing confusion or offense.

Exterior changes for the plug-in model amount to some blue-colored "Plug-In Hybrid EV" badging and inside, there's just a splash of white technical-patterned plastic.

You'll also note the absence of a tachometer, replaced with a charge and assistance "swingometer", the unusually-shaped joystick-style drive selector, and some extra options for the central touchscreen display and the smaller display in the gauge cluster.

Those displays give you a good idea of what's going on under the Outlander's skin.

Under the hood is a 2.0-liter gasoline four-cylinder and a 60 kW (80 horsepower) electric motor. It's interesting to note that visually, the engine is almost apologetically hidden in the engine bay, while the electric components get a bright silver-colored cover.

At the rear wheels is another 60 kW electric motor. This gives the Outlander PHEV part-time all-wheel drive, but also a series of options as to what can power the car at any one time. The official 0-62mph time is 11 seconds.

A 12 kWh lithium-ion battery pack sits below the passenger compartment at the center of the car. This not only means trunk space is uncompromised next to gasoline (or diesel) models, but also results in a low center of gravity for better handling. Charging takes five hours from empty at 220-240V.

The car defaults to EV mode in normal driving, during which one or typically both of the motors power the vehicle along.

Call upon a little more power and the engine kicks in as a generator, in series hybrid mode. This will charge the battery if it gets low, or help maintain charge when extra power is required--climbing hills, passing vehicles and so-on.

Reach higher speeds or accelerate hard, and the car switches to parallel hybrid mode. The engine provides most of the power here with electric assistance. It can, occasionally, power the car on its own--if you're accelerating hard and there's not enough battery charge for extra assistance, for example.

Beyond these three modes, drivers also get a "save" mode to hold ten miles or so of electric range for entering urban centers, and a "charge" mode which draws some of the engine's power to recharge a depleted battery.

Further driving options are available by way of the "B" transmission position. In drive, clicking the joystick towards you enables heavier regenerative braking, the strength of which can be adjusted in five positions using paddles behind the steering wheel.

We experienced basically every different aspect of the car's driving modes and regenerative braking options during our time with the car.

In EV mode, the drive is much like you'd expect--quiet, ultra-smooth and torquey. If you require truly brisk acceleration the gasoline engine does kick in to assist, but usually kicks straight back out again once you back off the gas pedal.

It'll comfortably do 70mph on electric power alone, though battery life isn't huge at this speed.

When the engine does turn on, it's generally unintrusive--at highway speeds you don't really notice, and we never had low enough charge that it turned on at urban speeds where you might notice extra vibration or noise.

The engine did become objectionable on one occasion, however.

With a very low battery charge and a steep hill to ascend at 30-40 mph, the engine revs climbed in a typical CVT style moo for the duration of the hill. We accelerated harder just to reach the crest sooner to shut it up--but it's worth noting for those who live in hilly areas.

Most of the time, we maximized the car's ability to recharge by selecting the highest position "5" from the regenerative braking options.

The braking effect when backing off the pedal isn't as severe as some vehicles we've driven, but it still minimizes use of the friction brakes, which are only needed to bring the car to a complete halt. A creep function is built into the transmission.

Elsewhere, the Outlander PHEV drives much like an Outlander. Body movements feel a little better controlled than the regular car and steering response is better than we remember too--perhaps a benefit of the low center of gravity.

It's refined at speed with little tire or wind noise and essentially no engine noise, and the ride was pretty good at soaking up the bumps on the UK's cruddy tarmac.

The Outlander isn't perfect though. For one, the silence of electric drive made it very easy to hear all the rattles emanating from various parts of the car.

Rattling from the charging cables hidden under the trunk floor is expected, if still a nuisance. Rattles from the seatbelts against the hard B-pillars, or the hideously annoying buzz from the headliner right above the driver are even less welcome and not expected from such a new vehicle.

Mitsubishi's touchscreen infotainment system has a pleasing array of options, but it's also really quite slow.

You can be half way down your street before it's woken up, given all its tedious legal warnings and presented you with the map screen. A this point, you must stab at the unresponsive screen a few more times to bring up the energy flow screens.

And now, the all-important bit.

In European testing, Mitsubishi claims the Outlander PHEV will do 32.5 miles in EV mode.

On a full charge, ours showed a 27-28 mile range, which you'd use up at different rates depending on the terrain you encountered and the speeds you attained.

For some perspective, we took a 30 mile round-trip, a third of which employed the engine, and still had ten miles remaining range at the end of it. A real-world 25 miles on electric power alone isn't out of the question, more if you're doing low-speed city driving.

On that same journey, indicated gas mileage was over 80 mpg. Had we stretched the car's abilities and used up that last ten miles of remaining range, that figure would be higher.

Long journeys are not typically kind on plug-in hybrids but on a 300-mile jaunt we returned 31 mpg.

That doesn't sound spectacular, but it's only a few miles per gallon shy of what we achieved in a diesel model last year, and it's a great deal higher than we've ever managed in a conventional hybrid SUV like the Lexus RX 450h.

Plug-in hybrids still aren't natural long-distance vehicles, but buy one with realistic expectations and you'll be impressed by its energy efficiency.

Is America missing out by the Outlander PHEV's continuing absence? Yes, it probably is.

Nobody yet offers a plug-in crossover or SUV but the benefits of electric vehicle are as great here as they are with any other vehicle.

You'll be able to cover all your shorter journeys on cheaper, cleaner electric power, yet there's an engine with healthy performance up front there when you need it.

It's no less practical than any other Outlander, arguably better to drive and in the UK, is priced identically to diesel variants once the government's £5,000 ($8,000) plug-in car grant is taken into account.

For those who do occasionally need to make longer journeys--or simply need a plug-in car that offers more practicality and off-road ability than any other on the market right now--it's one of the best all-rounders we've driven.