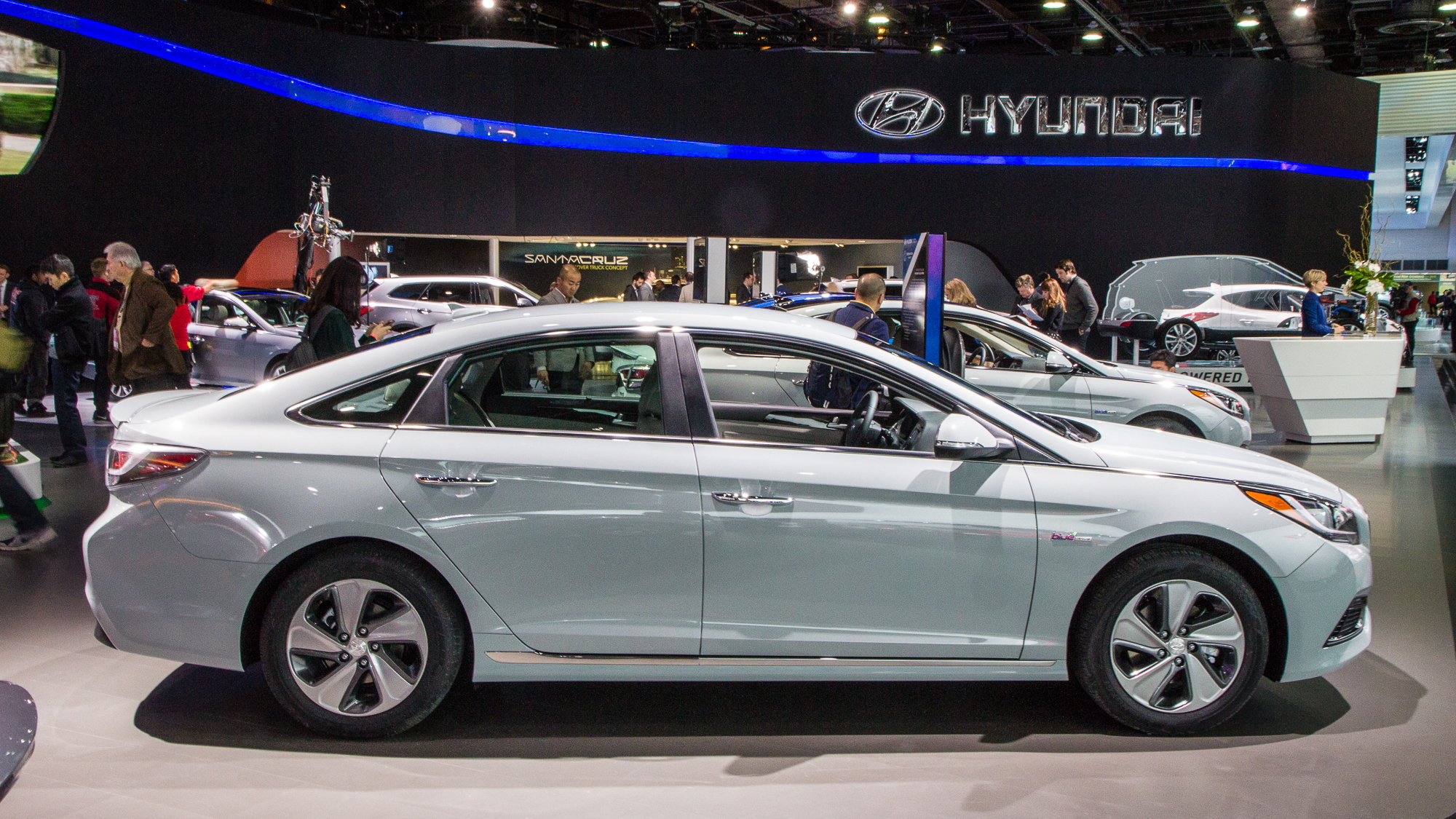 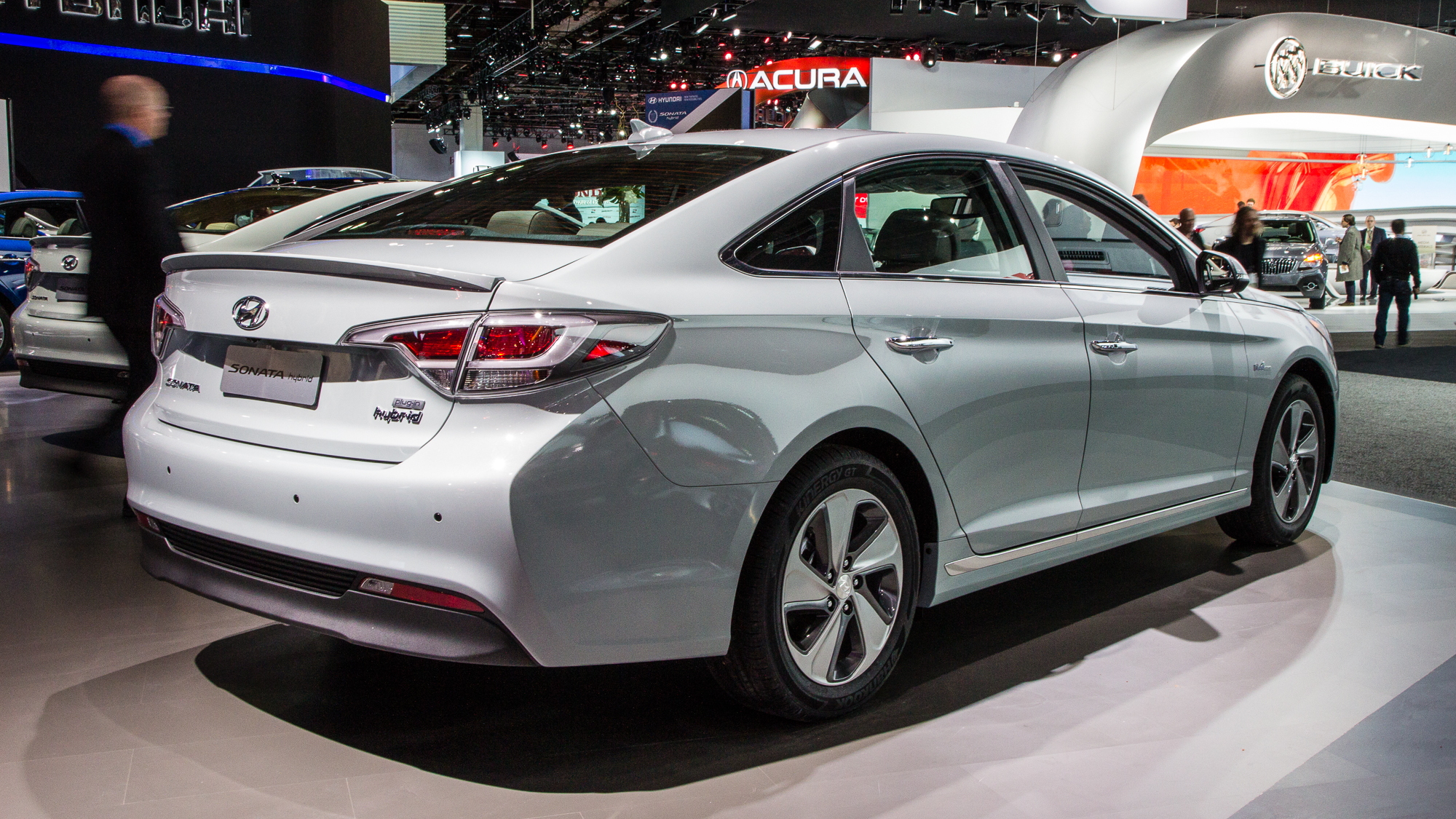 Unveiled in Korea last month, the 2016 Hyundai Sonata Hybrid made its North American debut at the 2015 Detroit Auto Show this week.

The hybrid gets the same body that debuted with the rest of the Sonata lineup for 2015, and is joined by a new Sonata Plug-In Hybrid.

The previous model's 2.4-liter Atkinson-cycle four-cylinder engine is replaced with a 2.0-liter direct-injected four, mated to an updated six-speed automatic with an integrated electric motor.

The gasoline engine produces 154 horsepower and 140 pound-feet of torque, while the electric motor is rated at 38 kilowatts (50 hp) and 151 lb-ft.

Hyundai rates the combined output of both power sources at 193 hp. (Just adding the figures for the gas engine and electric motor together isn't accurate because of their differing power curves).

The 2016 Sonata Hybrid also sports a revised 1.62-kilowatt-hour lithium-ion battery pack, which is now located under the floor to free up cargo space.

The 2016 Sonata Plug-In Hybrid features the same powertrain, but with a larger 9.8-kWh battery pack--which allows for an electric-only range of 22 miles.

The plug-in also has a more powerful electric motor that brings combined power output up to 202 hp.

It estimates recharging from a 240-volt Level 2 source to take two and a half hours, or about five hours from a standard 120-volt outlet.

Hyundai says the grille, front and rear bumpers, fenders, and lights were changed to reduce drag, other than the new 17-inch alloy wheels, it's hard to tell the difference.

Both hybrid models also get a new instrument cluster that display relevant information, including a charge-status indicator for the plug-in model.

The Sonata Plug-In Hybrid will also be offered with a Blue Link app that allows owners to monitor charging status or schedule a delayed charge to take advantage of off-peak electricity rates.

Pricing will be announced closer to the on-sale date, but the plug-in will be eligible for a $2,500 Federal tax credit.

For more new-car debuts from the 2015 Detroit Auto Show, check out our dedicated news page.