BMW and Tesla Motors seem like potential electric-car rivals, but over the past week there's been much talk of a possible collaboration between the two carmakers.

That's because Tesla CEO Elon Musk said his company was engaged in informal talks with BMW, and would be open to sharing things like battery and charging-station technology.

Now, BMW is speaking up, and it doesn't sound quite as enthusiastic.

The carmaker has no plans for cooperation with Tesla, officials told German business magazine Wirtschafts Woche, and isn't interested in buying Tesla shares either.

While Musk's comments about a possible collaboration made a splash last week, the unnamed BMW officials say these informal discussions don't have much significance.

Musk also expressed interest in BMW's use of carbon fiber-reinforced plastic for the body shells of the i3 electric car and i8 plug-in hybrid, and BMW does appreciate the comment.

[EDITOR'S UPDATE: After this article was published, Tesla Motors asked that we include the following statement from the company:

Not only did Elon not "talk up a partnership" with BMW, we actively sought to squash any such rumors the moment they surfaced more than a week ago. Elon respects BMW as a company and we have talked informally about many things, but at no point did he claim there was any partnership or serious discussions.]

DON'T MISS: How Audi, BMW & Mercedes Plan To Compete With Tesla--And Why

Selling the material isn't out of the question, the company said, but that applies to any interested carmaker, not just Tesla.

BMW also had no interest in getting involved in plans for a German battery factory Musk mentioned last week. 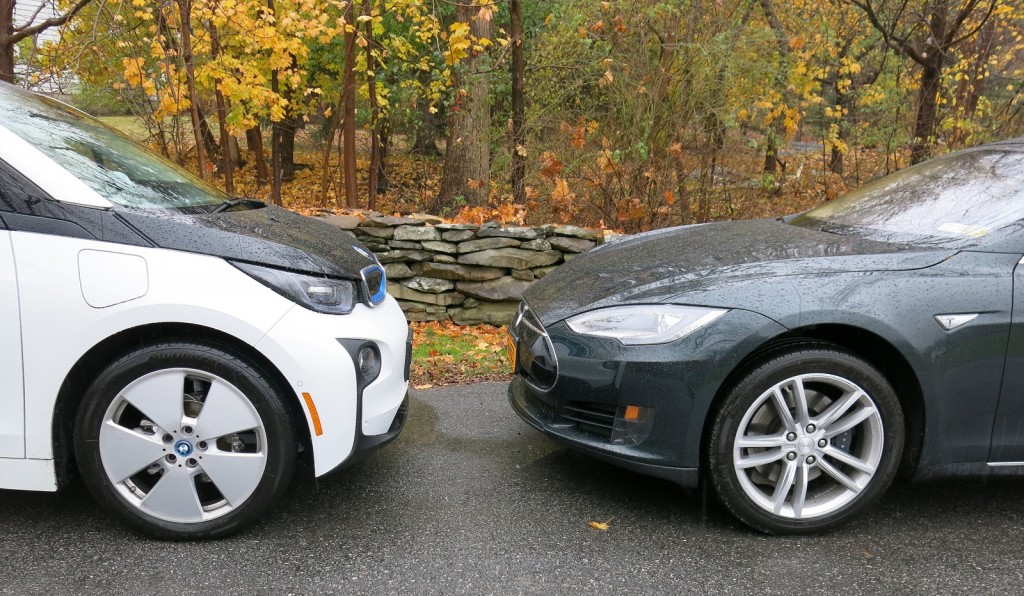 That plant--which Musk says could open in five or six years--would thus likely be a solely Tesla affair like the the massive Nevada "Gigafactory" now starting construction.

Going beyond simply quashing rumors of a partnership, BMW accused Musk of using the company for "PR purposes," claiming Tesla is looking to fill the void after the winding down of its relationships with Daimler and Toyota.

So with a partnership unlikely, BMW and Tesla seem set to resume a path toward electric-car rivalry.

Each automaker has taken a very different approach so far, but as both seek to grow sales of electric-cars, a direct face-off at some point in the near future looks increasingly probable.