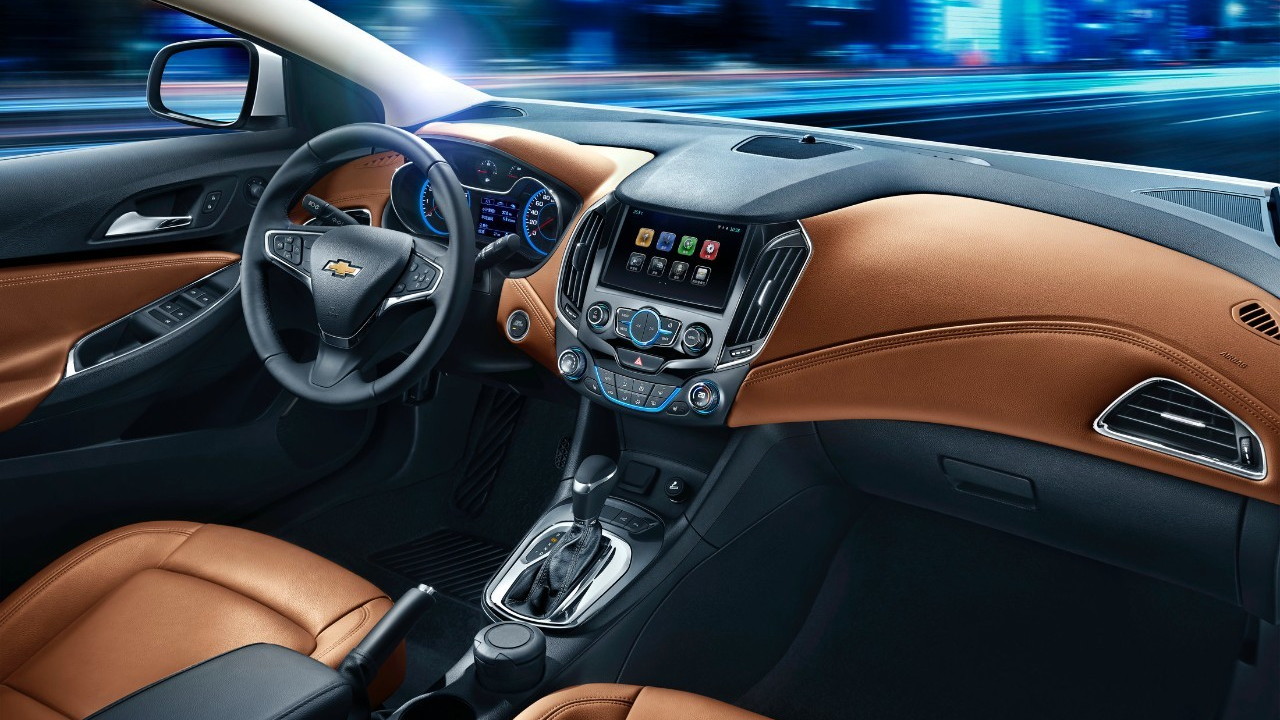 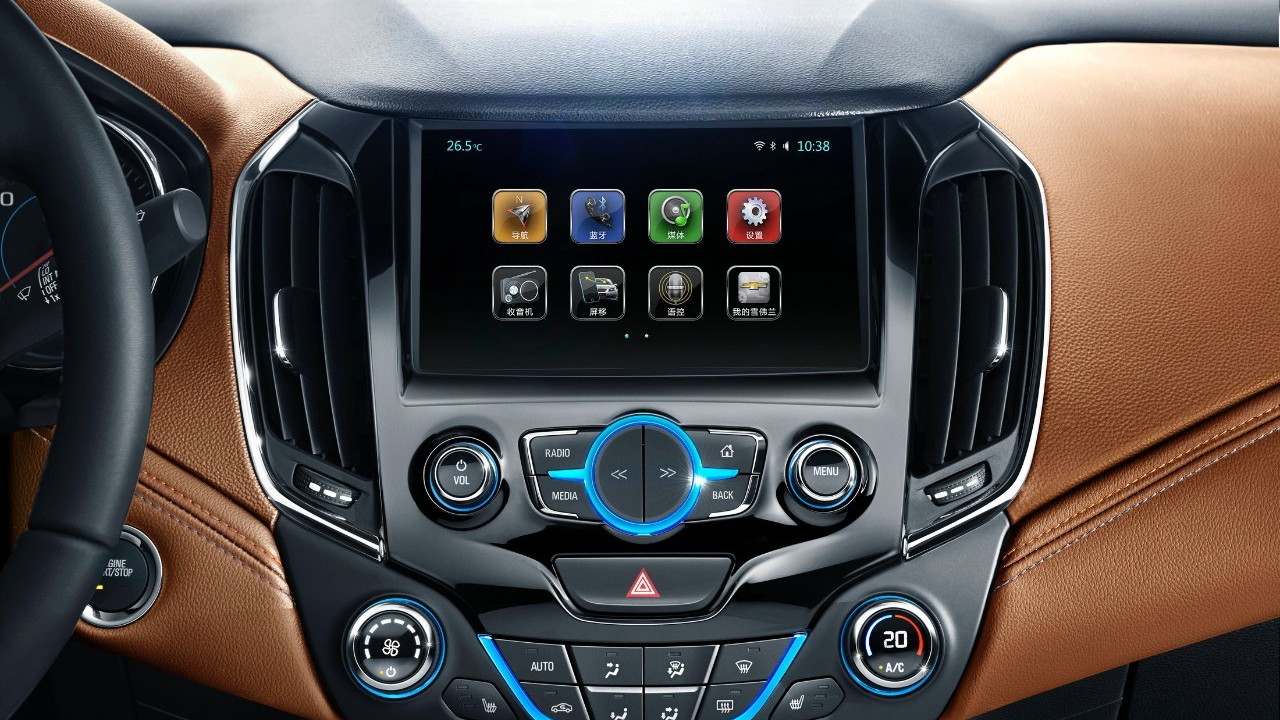 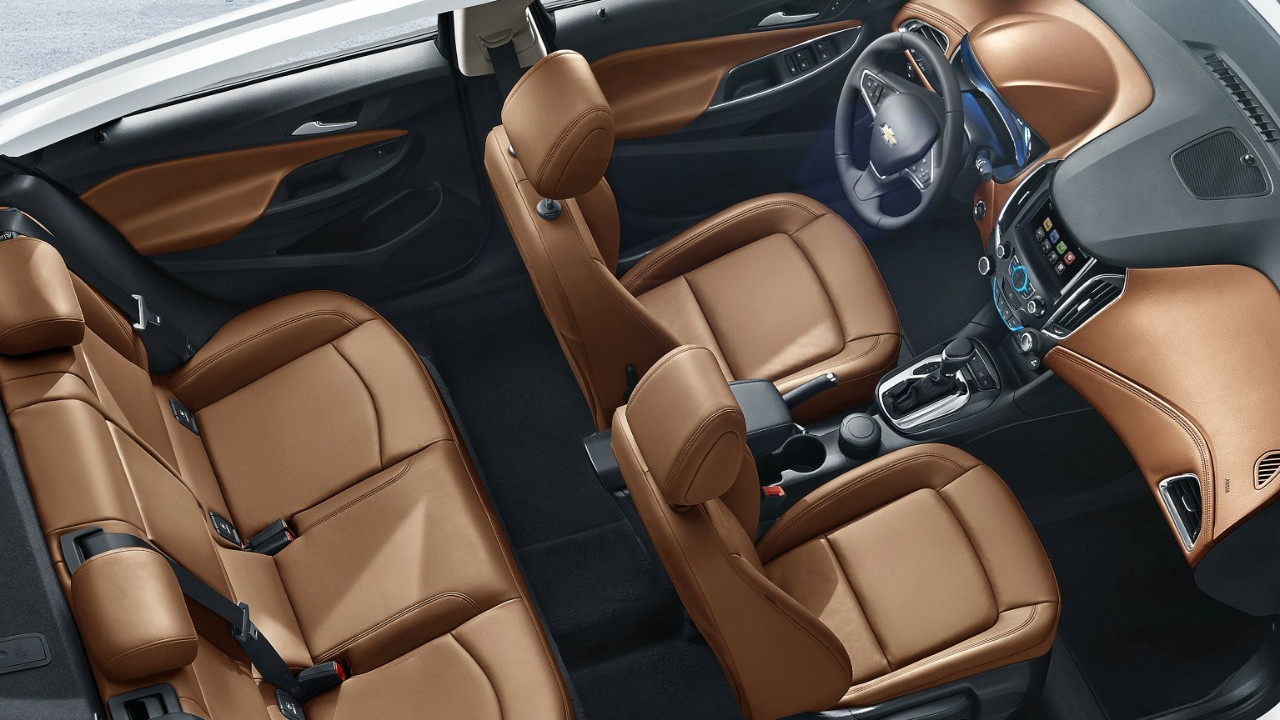 4
photos
While the current Chevrolet Cruze compact sedan continues with few changes for the 2015 model year, General Motors is busy rolling out its replacement in China.

What U.S. buyers will be offered as the 2016 Chevrolet Cruze is to go on sale in China later this year as a 2015 model, before arriving in U.S. showrooms next year.

The car itself was unveiled at the 2014 Beijing Auto Show in April, but now Chevy is offering a peak at the new Cruze's interior.

That interior appears to be even more upscale than the one in the current Cruze, with a "dual-cockpit" design inspired by vintage Corvettes and a prominently-placed 8-inch touch screen for Chevy's MyLink II infotainment system.

The more stylish interior is paired with a more streamlined exterior--inspired by the Chevrolet Tru 140S concept from 2012--and more efficient powertrain options.

The 2016 Cruze will be powered by a next-generation family of Ecotec engines, which will also replace three existing GM engine lines.

Engines offered with the Cruze in China will include two four-cylinder gasoline versions: a 113-horsepower 1.5-liter and a 148-hp turbocharged 1.4-liter.

Transmission choices for China will include a six-speed manual, six-speed automatic, and a new seven-speed dual-clutch unit.

Powertrain offerings for the U.S. won't be finalized until closer to the new Cruze's arrival here next year. EPA fuel-economy ratings will also have to wait until then, although Chevy says it expects improvements of 14 to 21 percent.

Aside from the new Ecotec engines, the Cruze diesel is likely to return as well--and perhaps the efficiency-focused Eco model as well.

The 2016 Chevy Cruze will be built at the same assembly plant in Lordstown, Ohio, that now builds the current Cruze. That car will soldier on for one more year with a few new convenience options and minor styling updates.