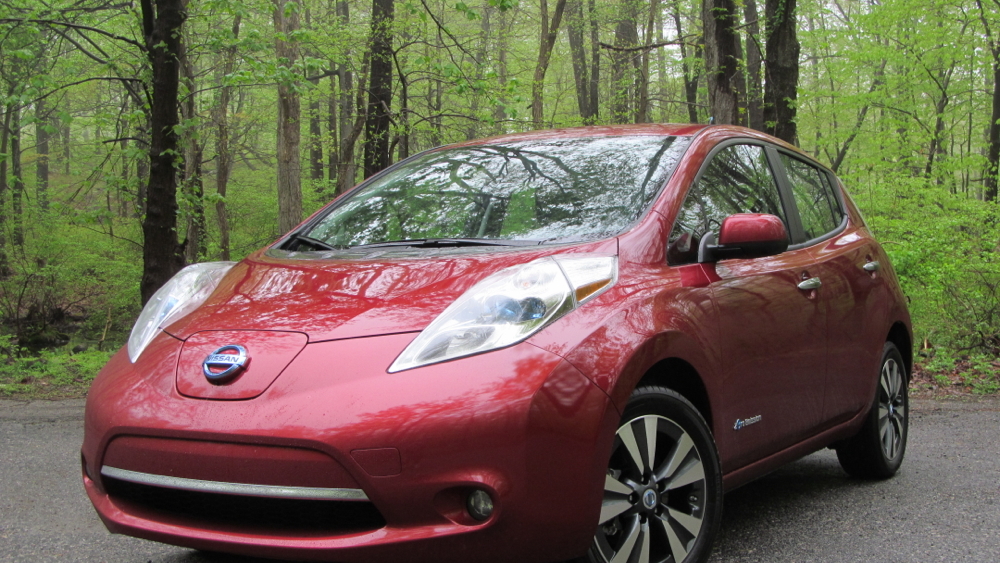 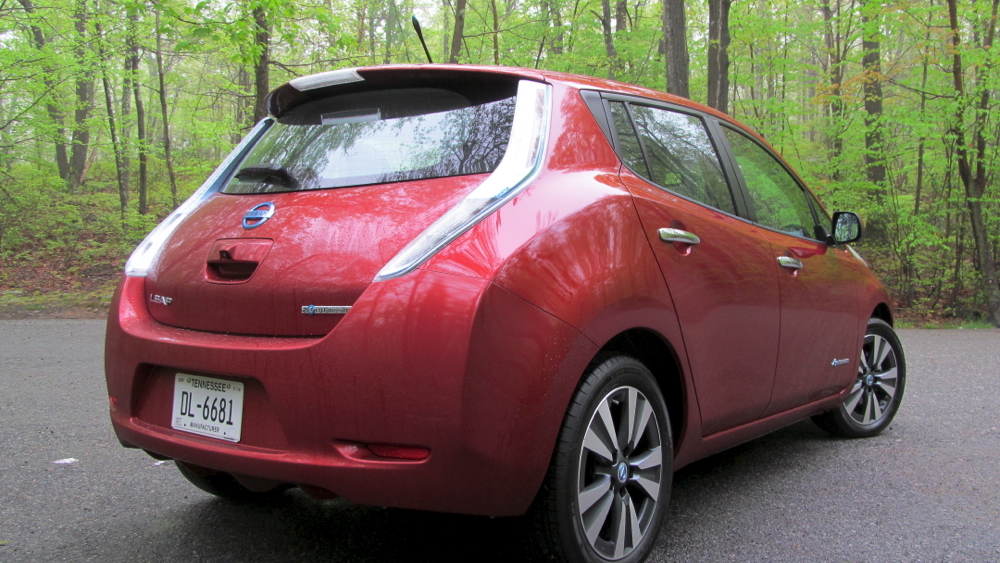 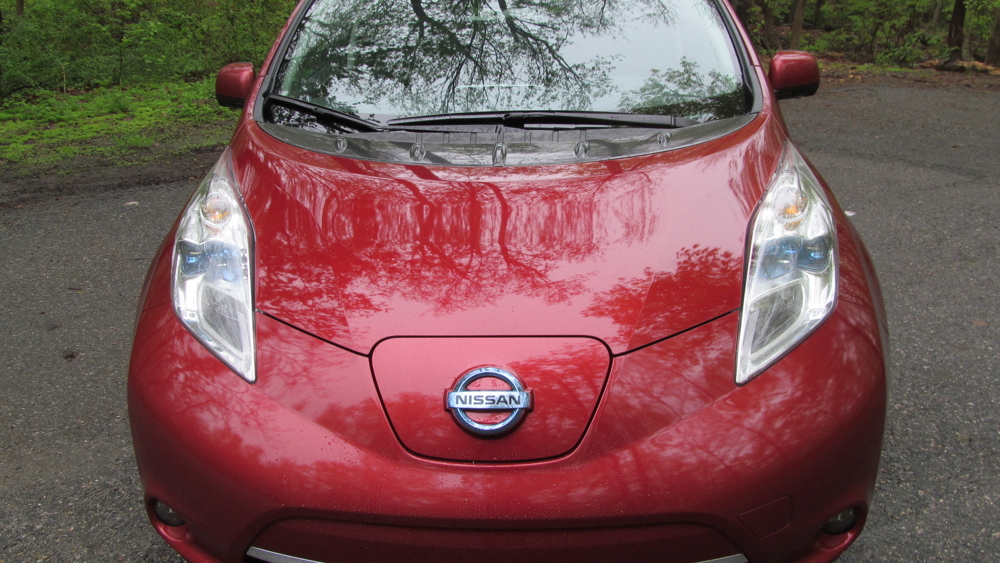 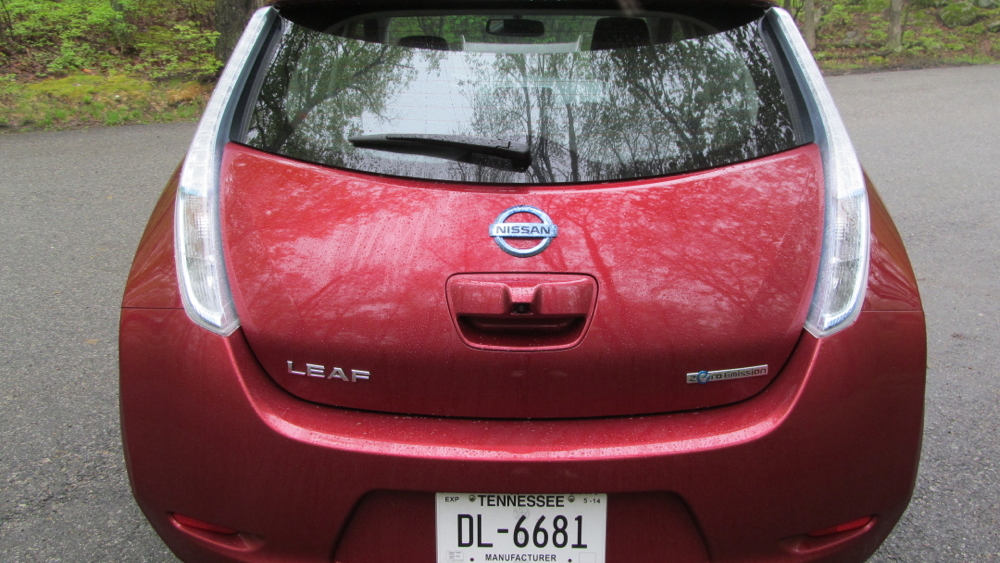 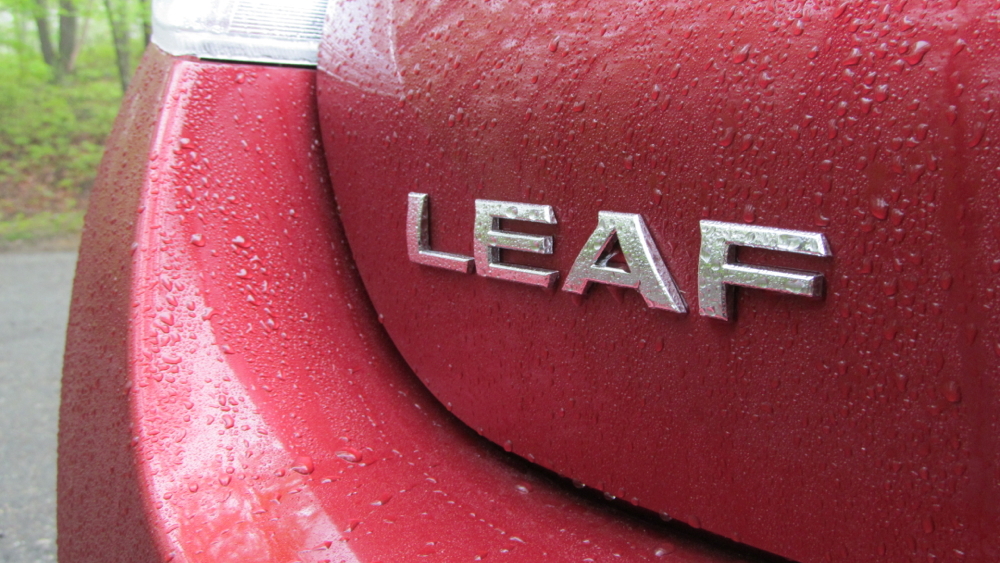 If variety is the spice of life, it’s also the spice of the car industry, where the weirdest and most extreme models in any given segment often attract the most attention.

However, there’s always a benchmark vehicle to compare them to.

In the case of electric cars, the Nissan Leaf is that de facto standard.

The Leaf is the highest-volume battery-electric car in the world. As of last month, Nissan had sold more than 110,000 units globally since late 2010--and counting.

This reporter--a novice who hadn't driven a Leaf in its three and a half years on the market--got a chance to sample what so many electric-car drivers experience during a short test drive at New York’s Bear Mountain State Park.

And the high-end Leaf SL test car pointed out that driving a car powered entirely by electricity is quite a different experience in some ways, but unexpectedly normal in many others.

Hop into the Leaf and it feels exactly like any other car, unless you’re in the driver’s seat.

Unlike many of the volume and compliance cars in its price range, the Leaf was built specifically as an electric car, and that’s most apparent in the layout of its instrument cluster.

The two-tier setup emphasizes a central screen that displays range and other information, with the speed readout on top.

Despite presenting a lot of information to the driver, the display is relatively easy to read on the move.

Although the driver only has one forward speed to engage, the mouse-like plastic shifter seemed a bit gimmicky, and didn’t appear very durable.

These were really the only areas of the Leaf where Nissan seemed to draw attention to its electric powertrain. But then again, the car's entire design is tied closely to that powertrain.

The rest of the interior was unremarkable. The black-leather seats and piano-black trim were typical of a car with our Leaf SL’s base price of $35,870 (including destination).

It’s natural to expect a vehicle designed from the start for electric power to be radically different from internal-combustion cars--but for the most part, the Leaf isn’t.

That anonymous character is also apparent in the way the Leaf drives.

Once underway, the silent powertrain is the only thing that distinguishes the Leaf driving experience from that of a non-electric vehicle.

The Leaf handled the curving (and, on our test day, slightly damp) New York roads without drama.

Meanwhile, the electric motor’s output of 80 kilowatts (107 horsepower) was more than adequate for hill climbing and parkway merging.

Overall, the Leaf felt solid, and drove like any other car of comparable size and power.

While by no means sporty, there were no obvious faults in the powertrain or chassis to note either.

The Leaf’s only real limitation compared to an internal-combustion five-door hatchback is its range, which the EPA rates at 84 miles for the 2014 model.

There was no real opportunity to test that range limit on our short introductory drive, which started with a nearly-full battery pack and lasted only several miles.

Charging wasn’t required either, but it’s worth noting that our test vehicle comes standard with a 6.6-kW onboard charger, rather than the 3.3-kW charger that’s standard on the base Leaf S.

The charger itself is also located in the nose of the car under the hood, rather than across the rear load bay as it was in 2011 and 2012 Leaf models. The result is a decent-sized cargo area.

With plants in the U.S., U.K., and Japan now churning out Leafs, Nissan has made a more tangible commitment to building electric cars in high volumes than any other manufacturer.

From behind the wheel, it’s apparent why there is enough demand to justify production on that scale.

The most striking thing about the Leaf is that there is very little striking about it. It’s a ruthlessly average car, competent and inoffensive.

This may be bad news for road testers looking to say something memorable--but it's good news for customers, many of whom simply want a car that will fulfill their needs with minimal fuss.

And in the case of the Leaf and any other car running on grid electricity, the per-mile cost can be one-fifth to one-half that of running on gasoline (depending on your local electricity cost).