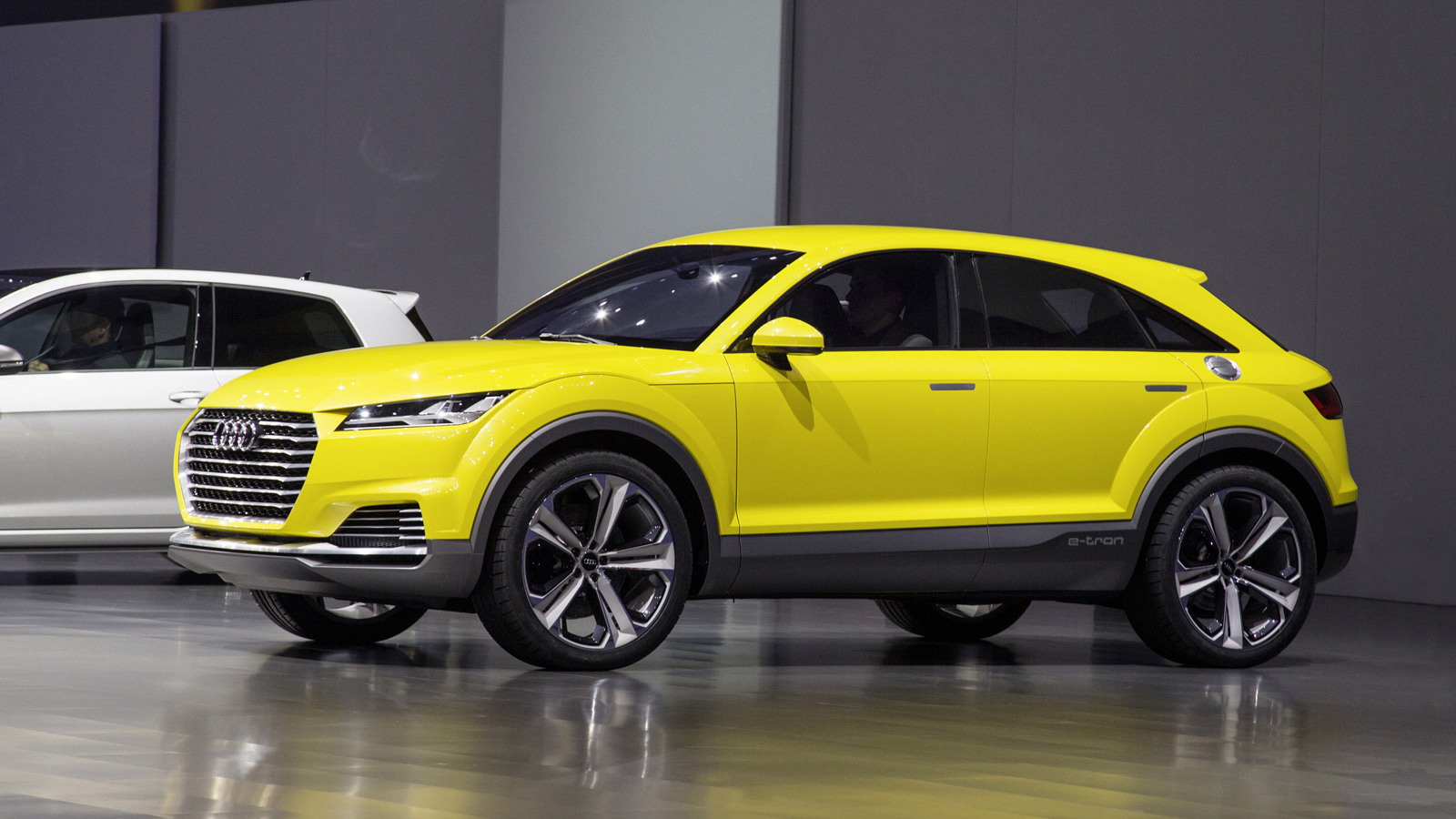 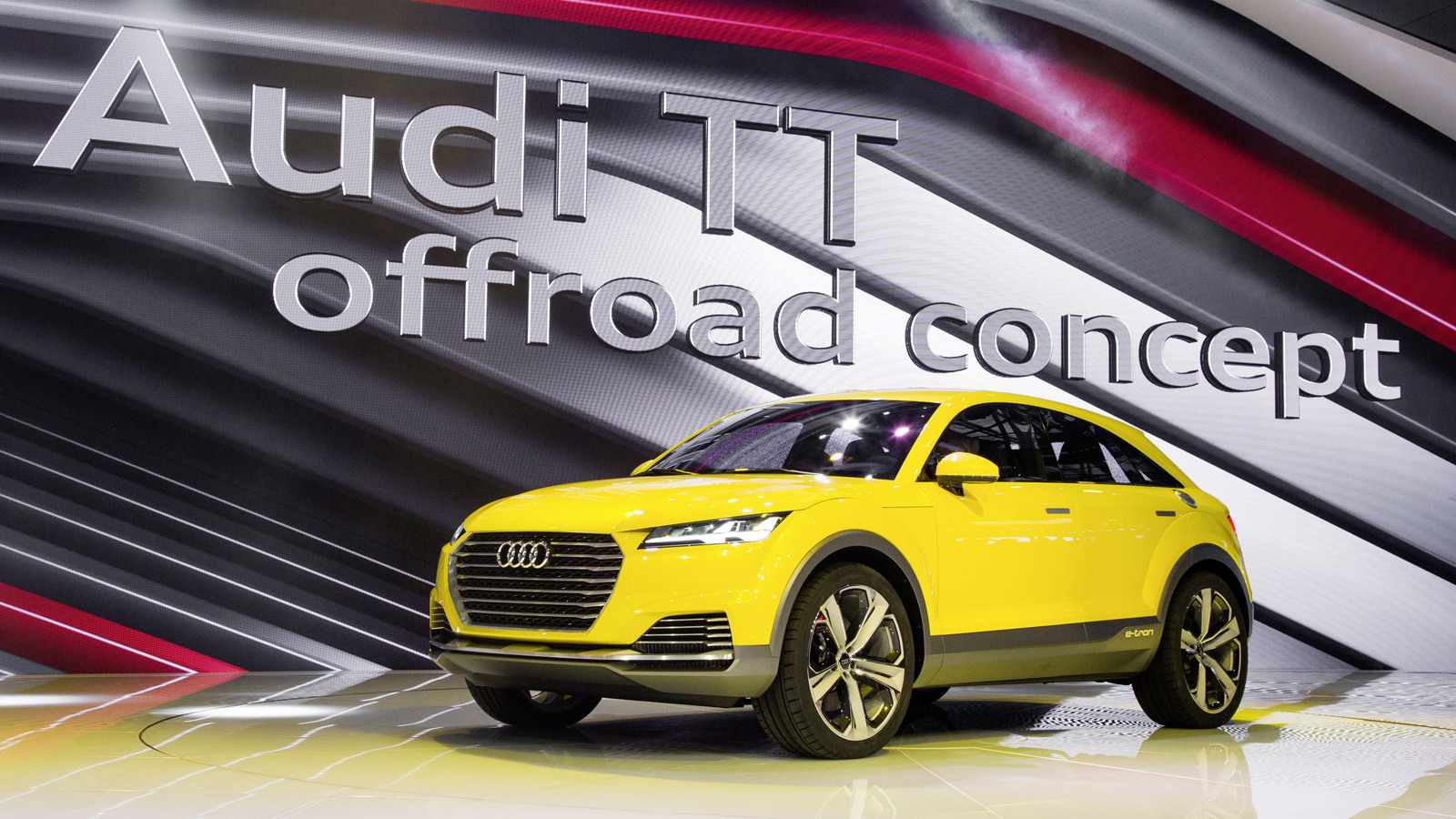 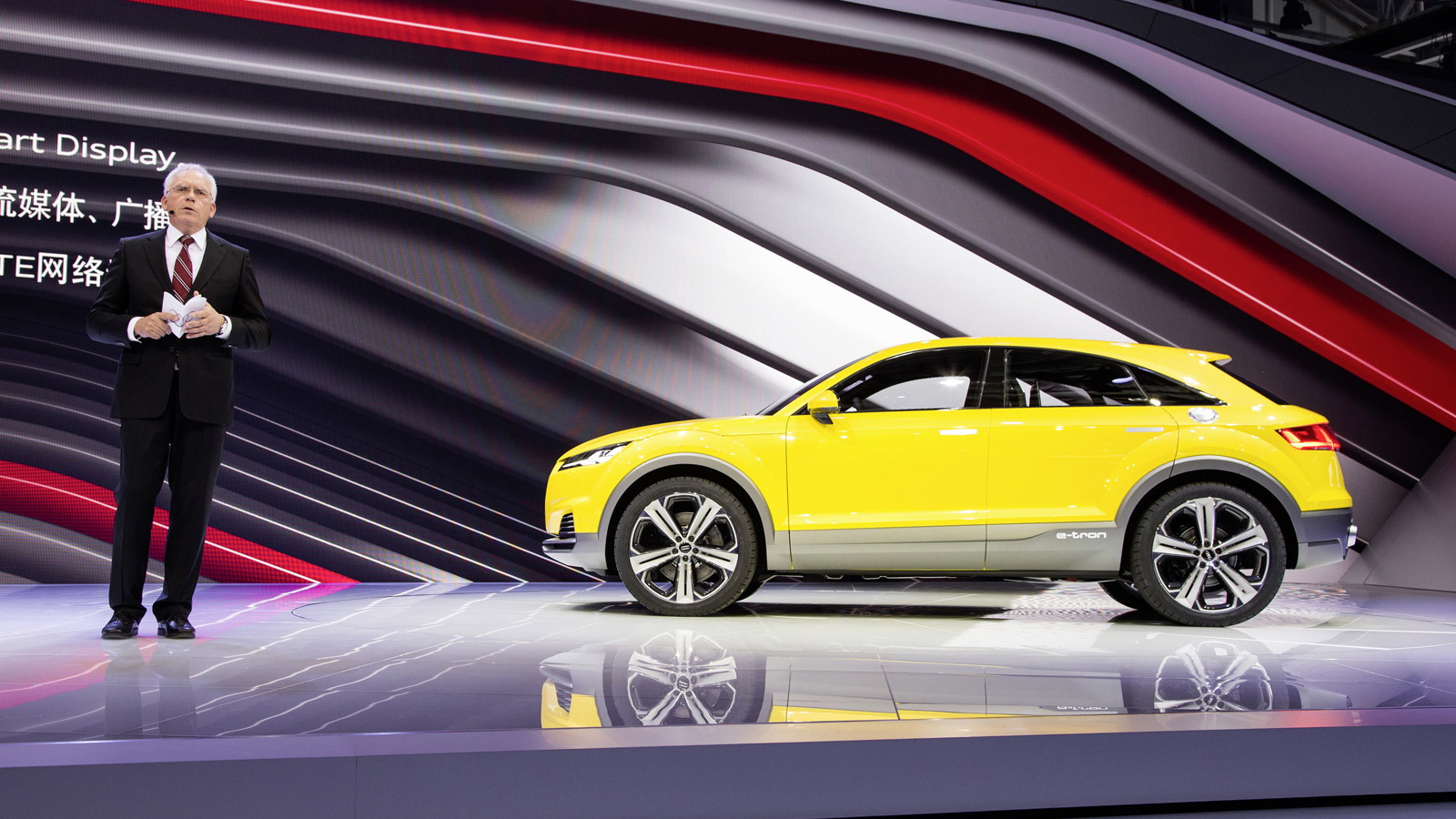 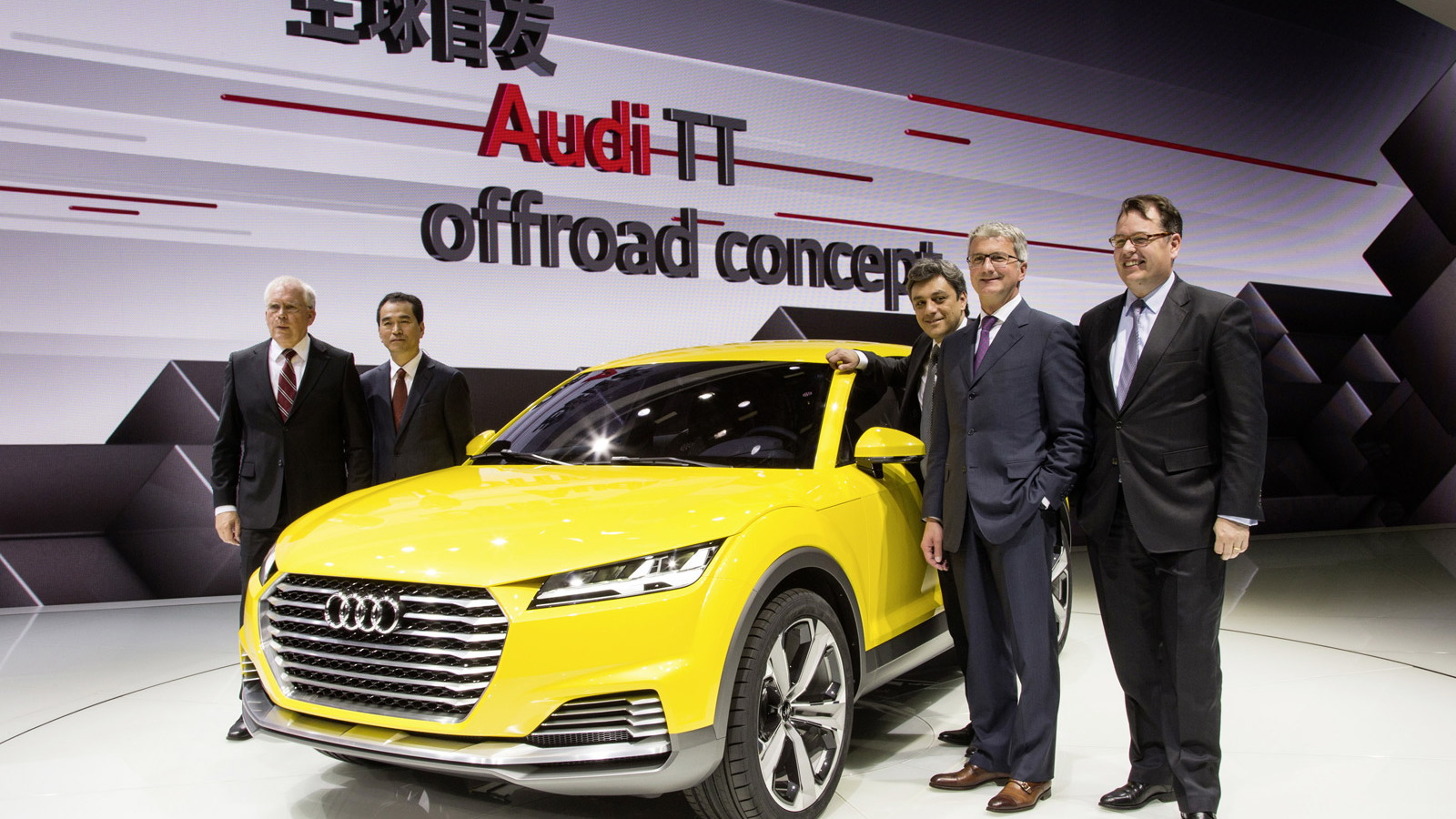 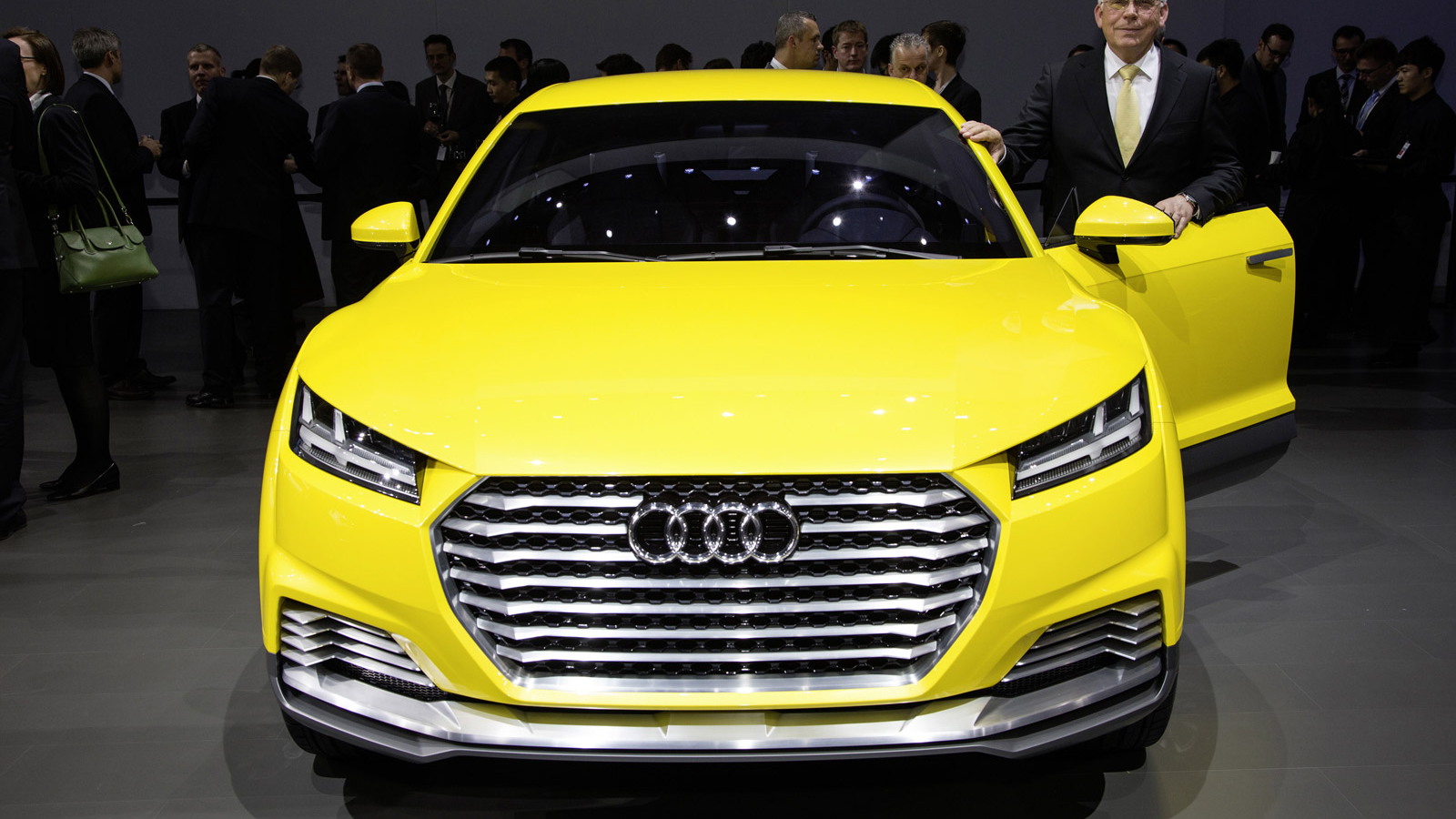 22
photos
Audi's TT may not be as distinctive as it once was, but still appeals to style-conscious consumers.

Its popularity has led the company to suggest further TT-based models could be on the way--and the TT Offroad Concept shown at the Beijing Auto Show hints as a possible direction for the brand.

It also hints at Audi's continued focus on plug-in hybrid drivetrains, with a powerful all-wheel drive setup seen recently in other Audi concepts.

Recently, Audi's Ulrich Hackenberg told reporters that the company is looking for ways to capitalize on the TT's strong brand and iconic status.

That means moving it beyond the regular coupe, convertible and sports offerings and introducing spin-off variants to appeal to a wider audience.

The last two generations of TT have been previewed with shooting brake concepts, making such a vehicle a likely candidate--but a more practical, family-biased model like the Offroad Concept is also an option.

The concept's front and rear-end details are very similar to those of the recently-launched TT coupe, but the car's stance and layout are more like that of Audi's existing Q-badged crossovers.

e-tron badging on the car's flanks--used on all Audi's plug-in and pure electric production vehicles and concepts--hints at the powertrain within.

Inside, the TT cues return--the Offroad retains the TT's dashboard, with its jet-like vents and 12.3-inch TFT instrument cluster, but the vehicle's more conventional shape means four individual seats are fitted--with greater leg and headroom than the TT coupe.

Between the two is an electric motor, and another electric motor sits at the rear axle for part-time all-wheel drive capabilities--as well as all-electric running.

As ever, we'd point out that these are calculated in European testing conditions, which often return figures 20 percent higher than those of EPA tests.

There are no current production plans, but given the brand's relentless niche-filling (and its adaptable VW Group MQB platform) we wouldn't be surprised to see one running around the roads in a few years--perhaps badged Q4, as was hinted at in earlier sketches.