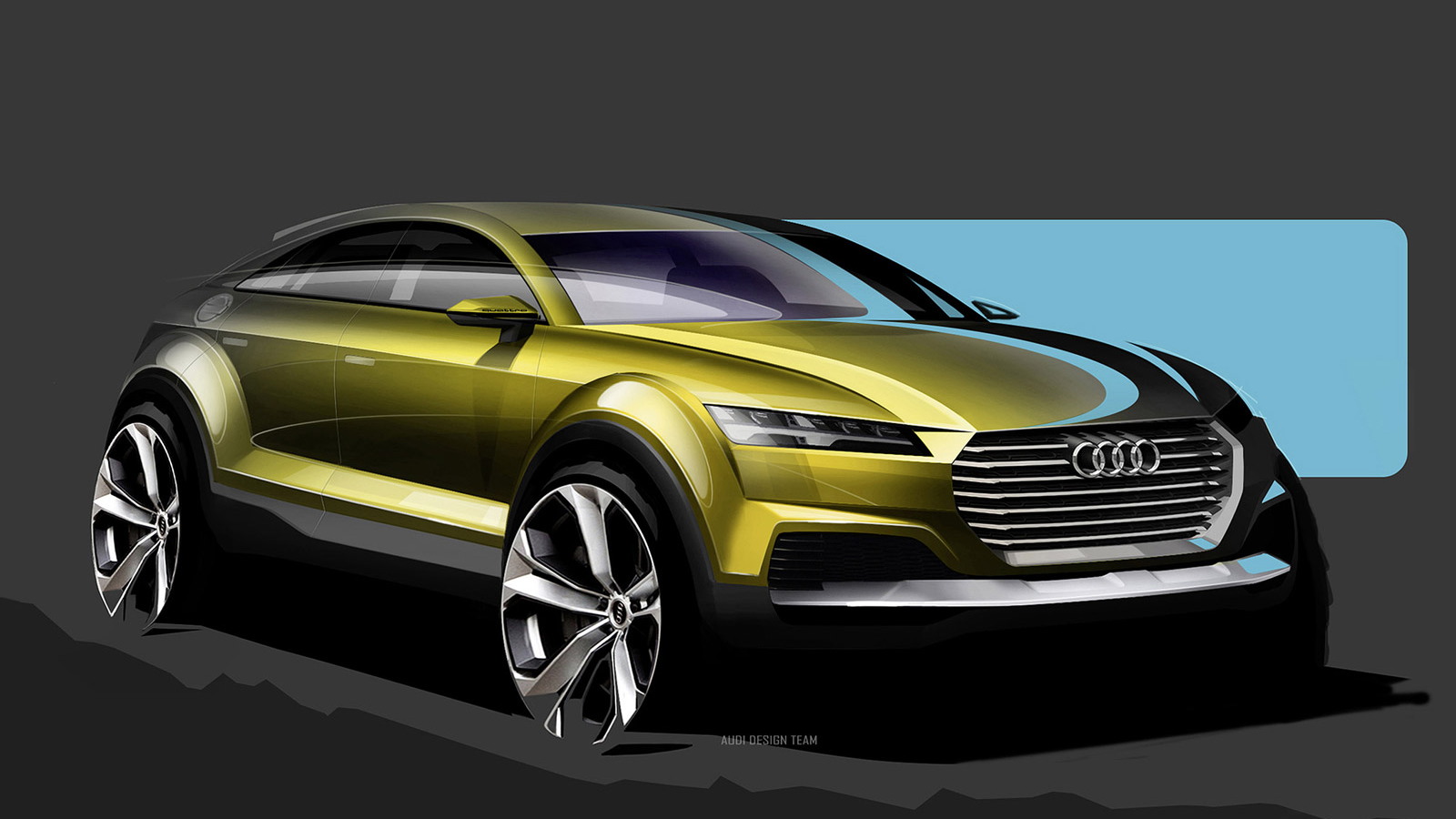 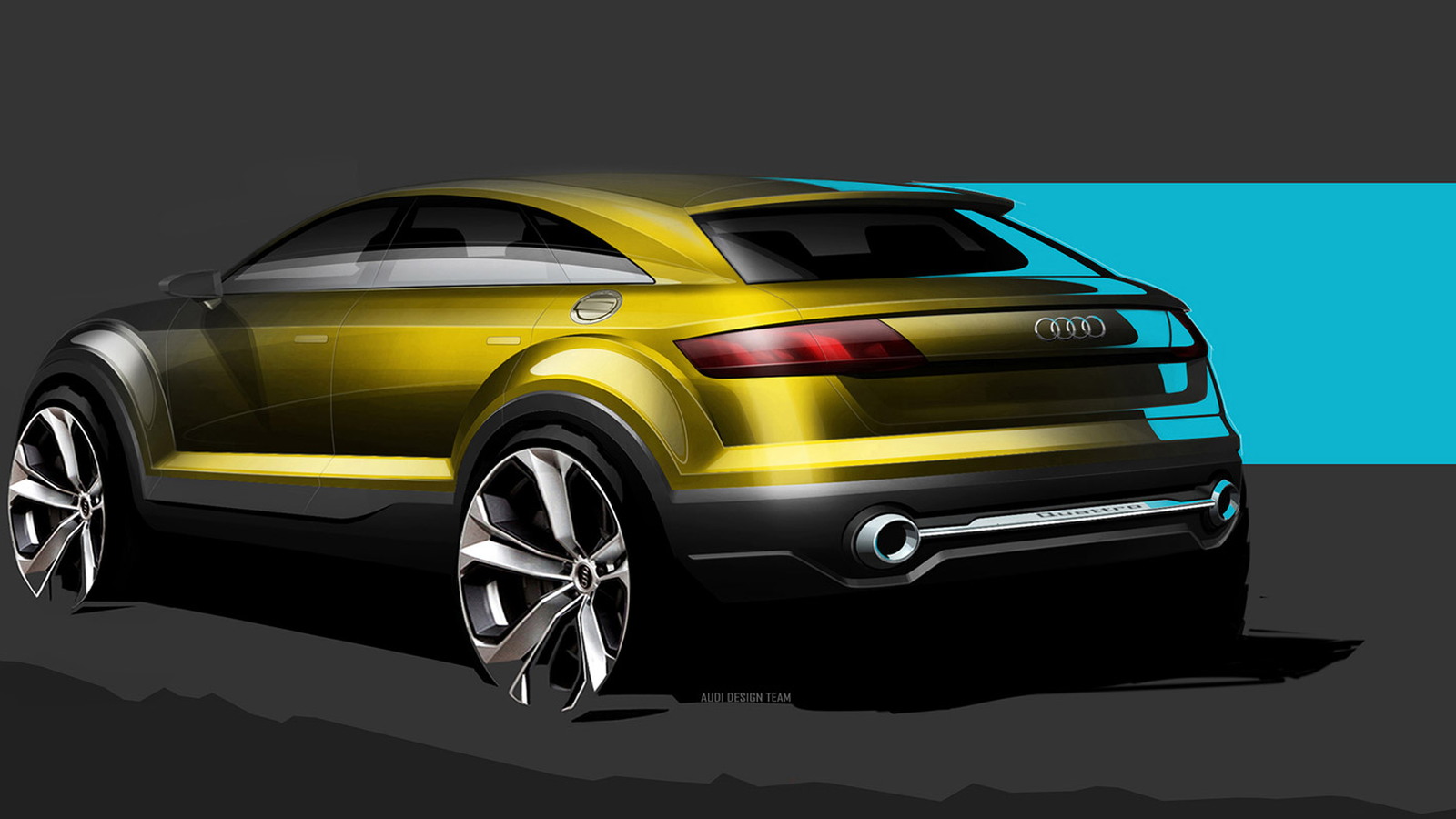 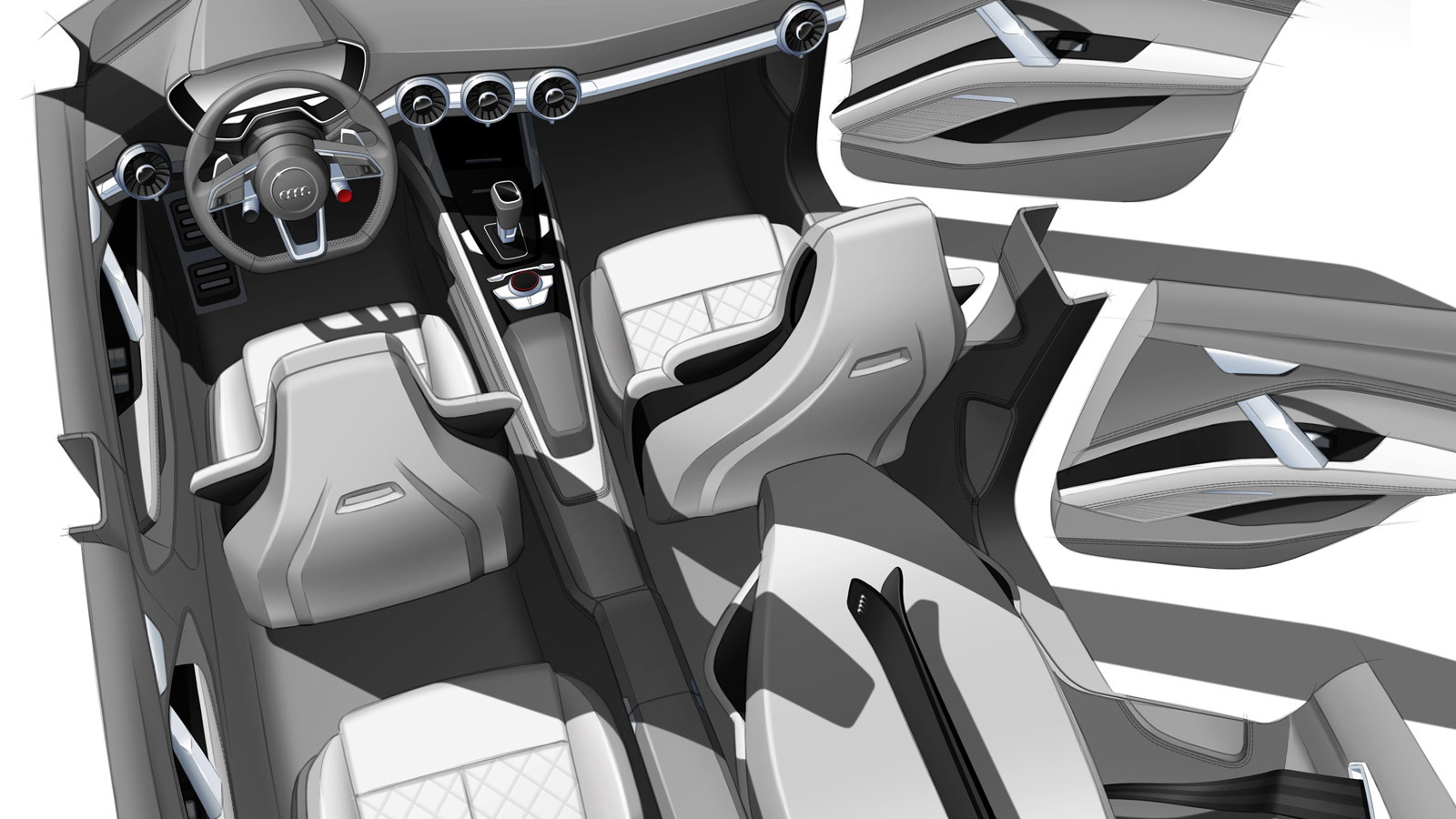 3
photos
The market for crossover vehicles grows with every passing year, so it's surprising that few automakers have offered the vehicles with hybrid or plug-in powertrains up until now.

One that could is Audi's Q4 crossover, should a production version of the Beijing-bound concept appear in the next few years.

Audi isn't one to shy away from a niche and the Q4, appearing at the Beijing Auto Show later this month, is designed to capitalize on the latest trend for sporty coupe-inspired crossovers.

While Audi has only released sketches so far, many of its styling features echo the recently-launched third-generation Audi TT. In terms of size, its 14.4-foot length and 6-foot width are similar to the Audi Q3--a small crossover not sold in the U.S.

Inside, the Audi TT similarities continue. The dashboard design is very like that of the new TT, with a simple form, TFT-screen instrument cluster and minimalist design.

Unlike the TT though, the Q4 is a four-seat vehicle (the TT is a 2+2 at best), the rear two folding to increase the car's luggage capacity.

Under the hood, the Q4 Concept is the latest Audi to feature a plug-in hybrid drivetrain.

This comprises a 2.0-liter four-cylinder gasoline engine mounted transversely, an electric motor integrated with the car's dual-clutch transmission, and an extra electric motor on the rear axle for all-wheel drive capabilities.

Power and torque figures--and fuel consumption or all-electric range numbers--have not yet been revealed.

However, the drivetrain sounds very similar to that of the Audi Allroad Shooting Brake concept revealed at Detroit--a car that developed over 400 horsepower, 479 pounds-feet of torque and up to 31 miles on its 8.8 kWh lithium-ion battery.