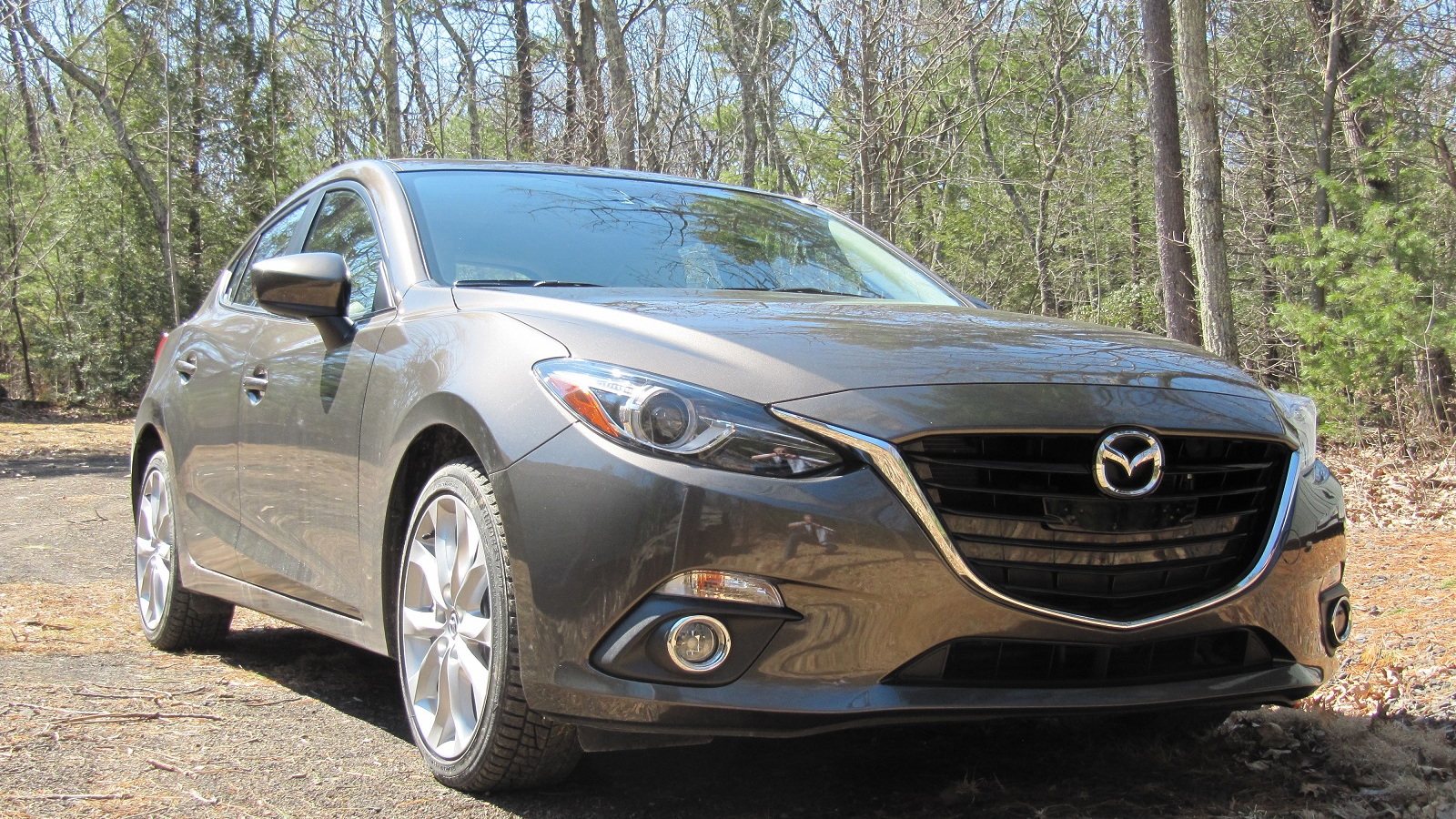 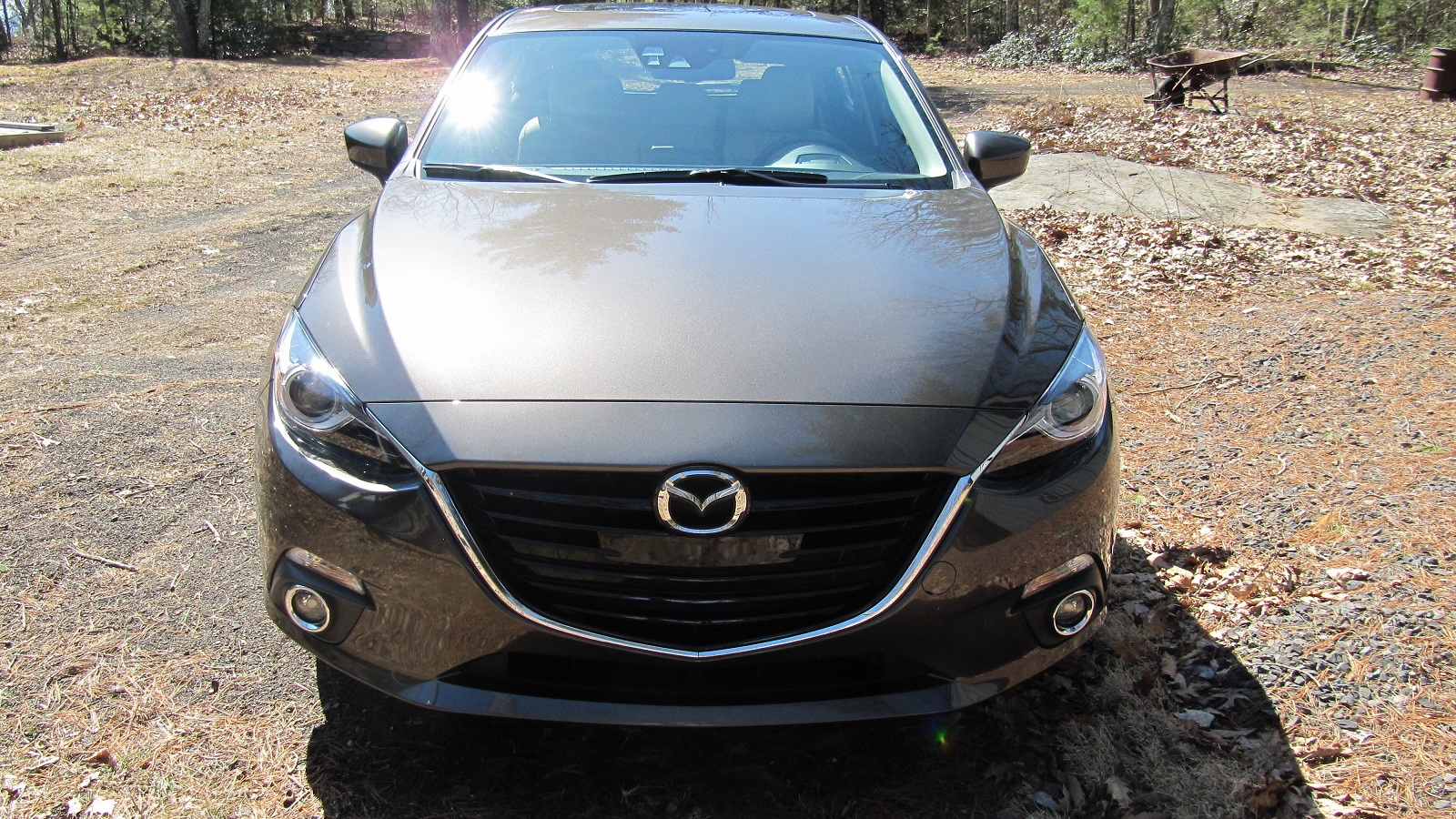 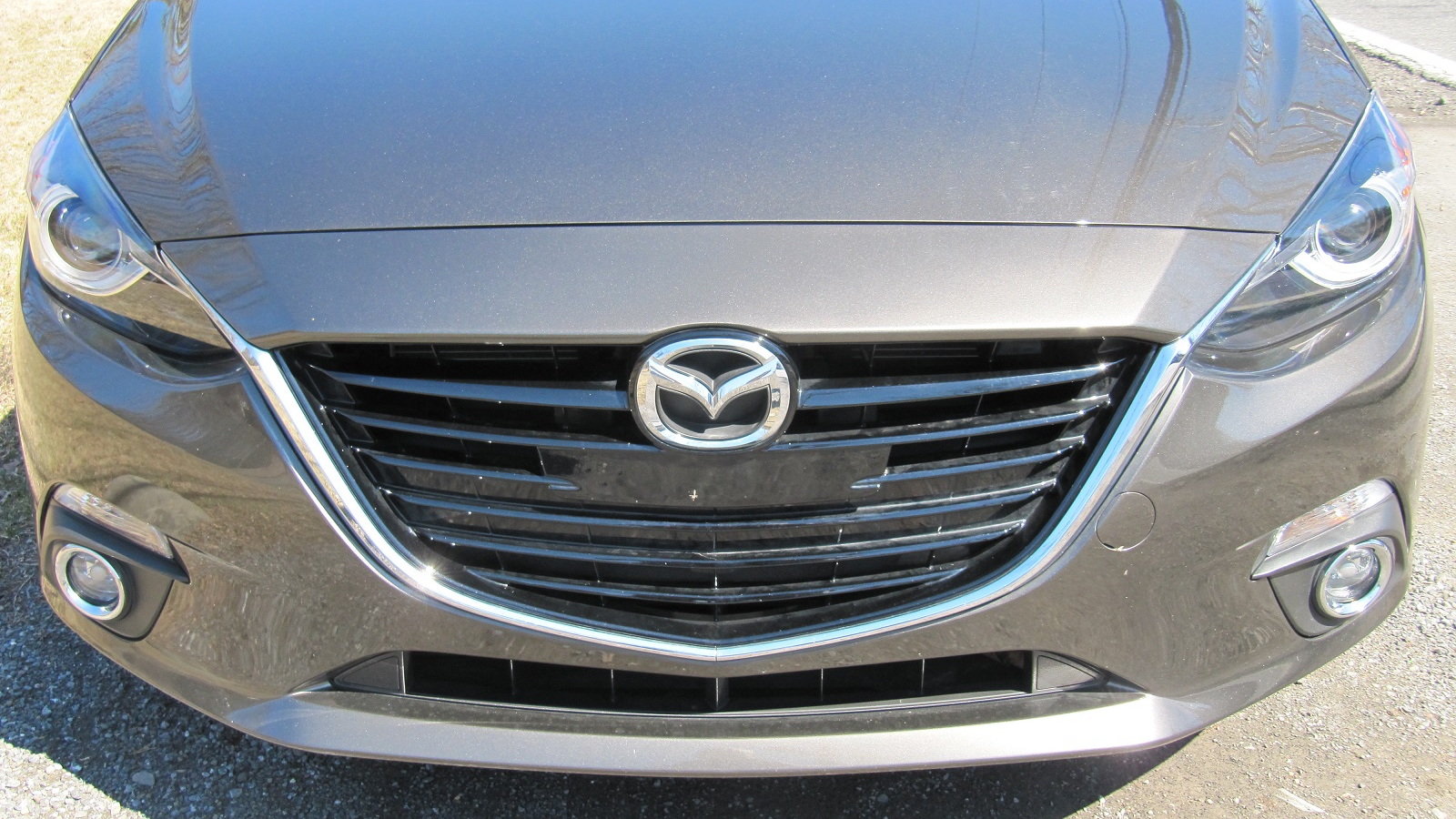 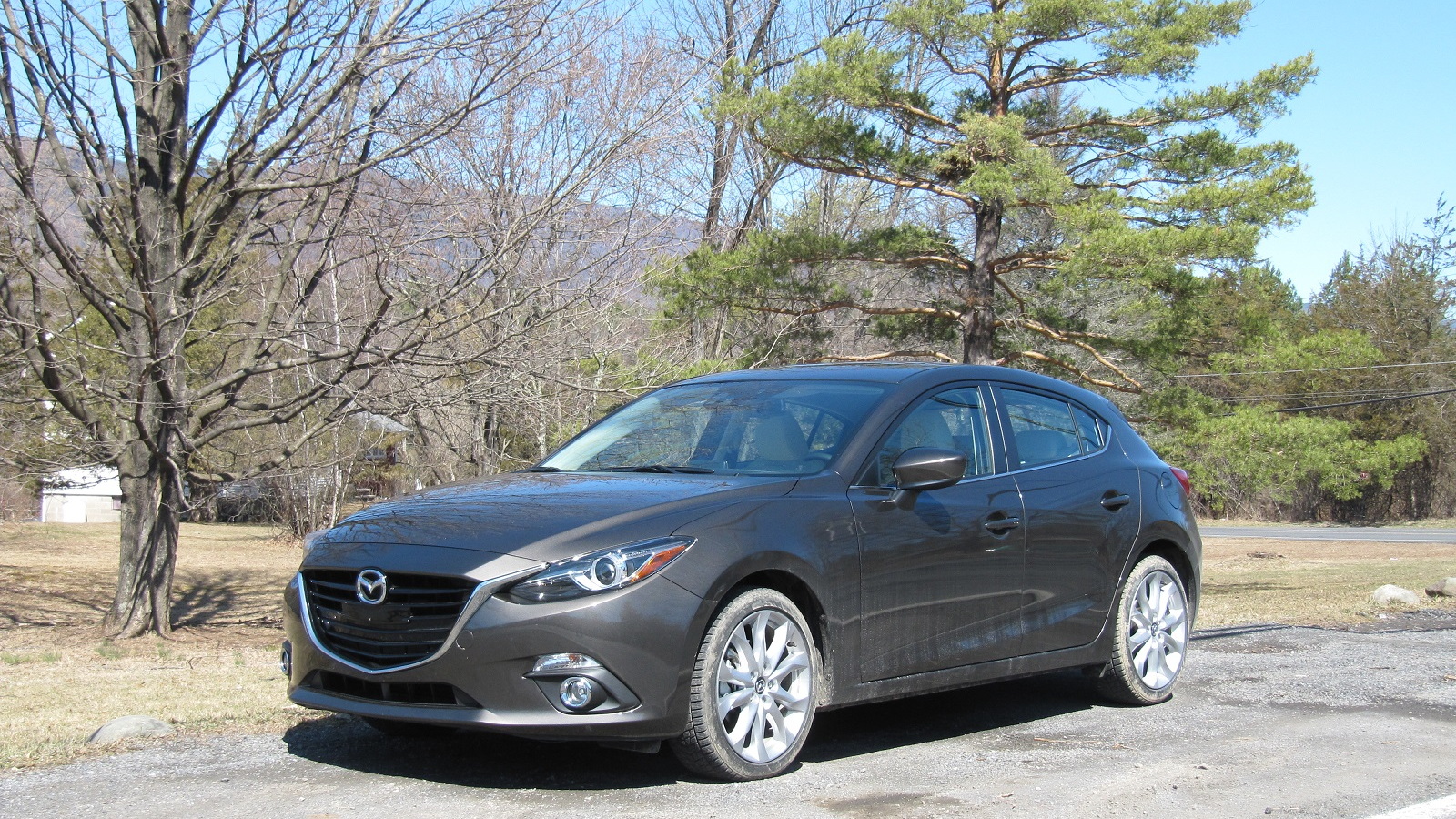 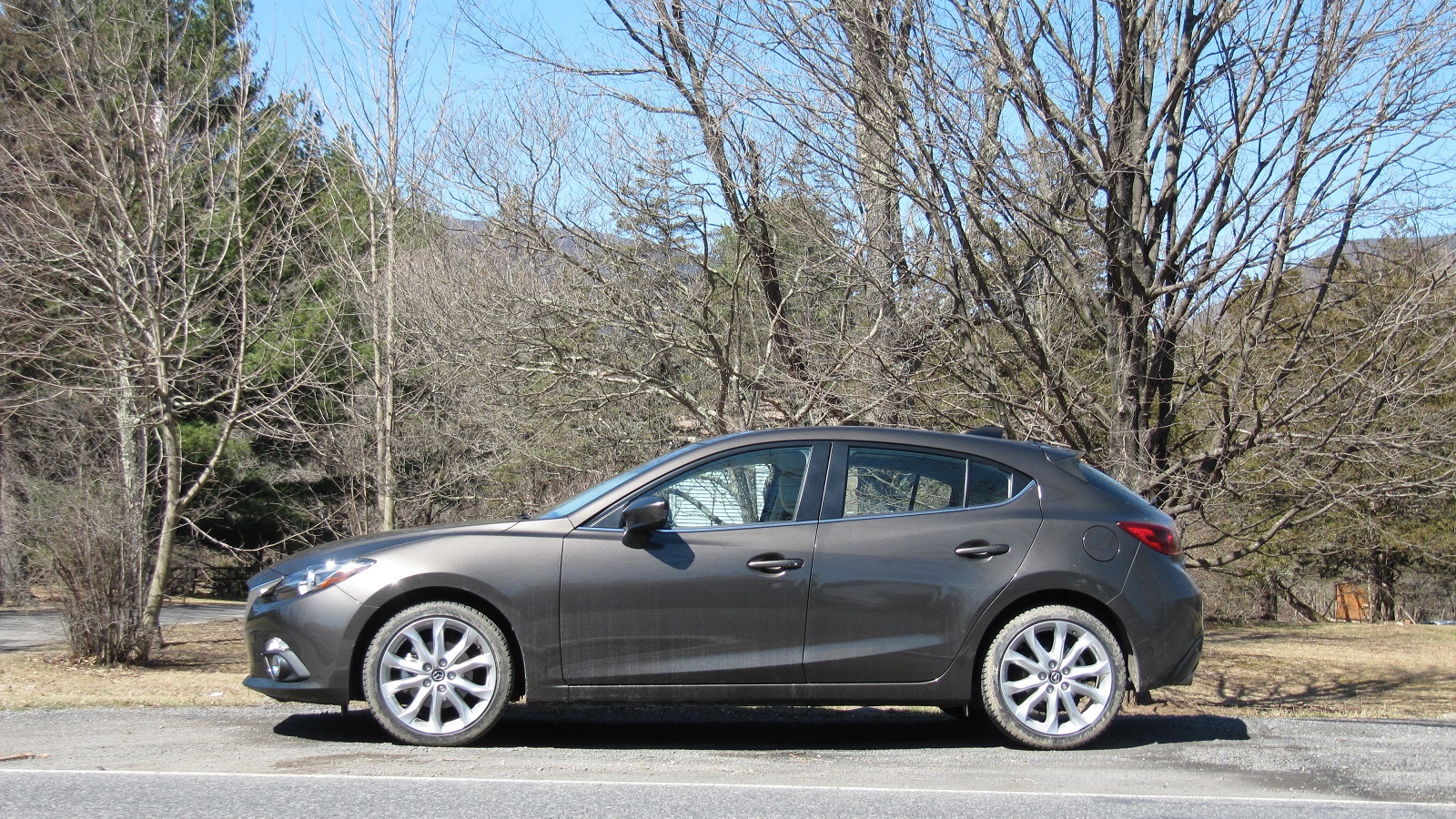 Auto writers tend to like Mazdas; they generally perform and handle well, and are far more fun to drive than the anodyne Fords, Hondas, and Toyotas that outsell them in the compact and mid-size categories.

So we were looking forward to our weekend test drive of the all-new Mazda 3 five-door, the latest iteration of the company's compact hatchback.

We'd driven a 2014 Mazda 3 briefly last November, but not for long enough to draw any conclusions about fuel economy.

Sadly--unlike our experience with an earlier 2012 Mazda 3 updated with the SkyActive powertrain, and the 2013 Mazda CX-5 that was the first vehicle designed around that powertrain--our Mazda 3 test car didn't even match its EPA ratings.

The version we tested, a 2014 Mazda 3 S Grand Touring five-door, comes with the larger of two engines, a 184-horsepower 2.5-liter four-cylinder that produces 185 lb-ft of torque. It was fitted with the six-speed automatic transmission designed specifically to work with the SkyActiv engines.

We registered only 30.9 mpg on the car's trip computer over 277 miles of our usual test cycle, which is roughly two-thirds highway and one-third city and suburban stop-and-go. That's a cycle on which, frankly, we'd have expected the car to do better than its combined rating.

Part of the difference may have been due to 10 or 15 miles experimenting with the Mazda 3's "Sport" mode, which turns a decent but unremarkable performer into a more eager, hot-hatch-like street fighter (although nowhere near the MazdaSpeed 3 hot-rod models of the past).

In Normal mode, the Mazda 3's engine stays well below 2000 rpm under most circumstances, even under modest acceleration. That's good for gas mileage, but doesn't exactly make the car leap ahead as you might expect from the "Zoom Zoom" brand.

But it's clearly lousy for gas mileage--we watched our cumulative 150-mile average drop in successive tenths over just 10 miles of roaring around country roads in Sport mode--and it highlights the penalty of using the performance from more powerful engines.

The car's styling is definitely distinctive, with a rising window line and a roof line that drops down. It took us awhile, but we finally figured out that from the rear it reminded us of an Infiniti EX, and from the side a bit like a Lexus CT--both premium vehicles, so points to Mazda for that.

The roofline, however, clearly helps reduce aerodynamic drag but makes for lousy rear visibility. The rear window is shallow, like that of the Lexus CT, though not overly blocked by the rear-seat headrests, but the pillars create huge blind spots.

Our car had a rear-vision camera (although it had more fish-eye distortion than we're used to) and it was necessary for any kind of reversing at all.

The Mazda is visually low and the front seating position is lower than in other, more upright compacts. That legs-out position is sportier, but it's a good thing the footwells are deep, because the Mazda 3 doesn't have the biggest rear seat in the world.

We found that two 6-foot adults could sit behind each other, but those who are tall of torso may find their hair touching the headliner in the rear. And drivers who prefer their seat backs sharply angled back will cut into rear legroom too.

As for handling, the Mazda 3 corners flat, but the electric power steering is more numb than we recall from other Mazdas--or perhaps the general level of EPS systems from other makers is getting better?

Either way, the handling is solid and sure-footed, but not quite as involving as we'd hoped.

On the other hand, the car sticks to the road even under the hardest cornering, with a little understeer around curves under maximum power and predictable tuck-in on those same curves once the driver lifts off.

Other notes from our weekend with the compact Mazda:

But our top-of-the-line test car, a 2014 Mazda 3 S Grand Touring five-door with the more powerful 2.5-liter engine and a six-speed automatic transmission, carried a base price of $26,495.

On top of that were only a handful of options, the priciest being the $1,600 GT Technology Package, which included active grille shutters and the i-Eloop regenerate engine braking system.