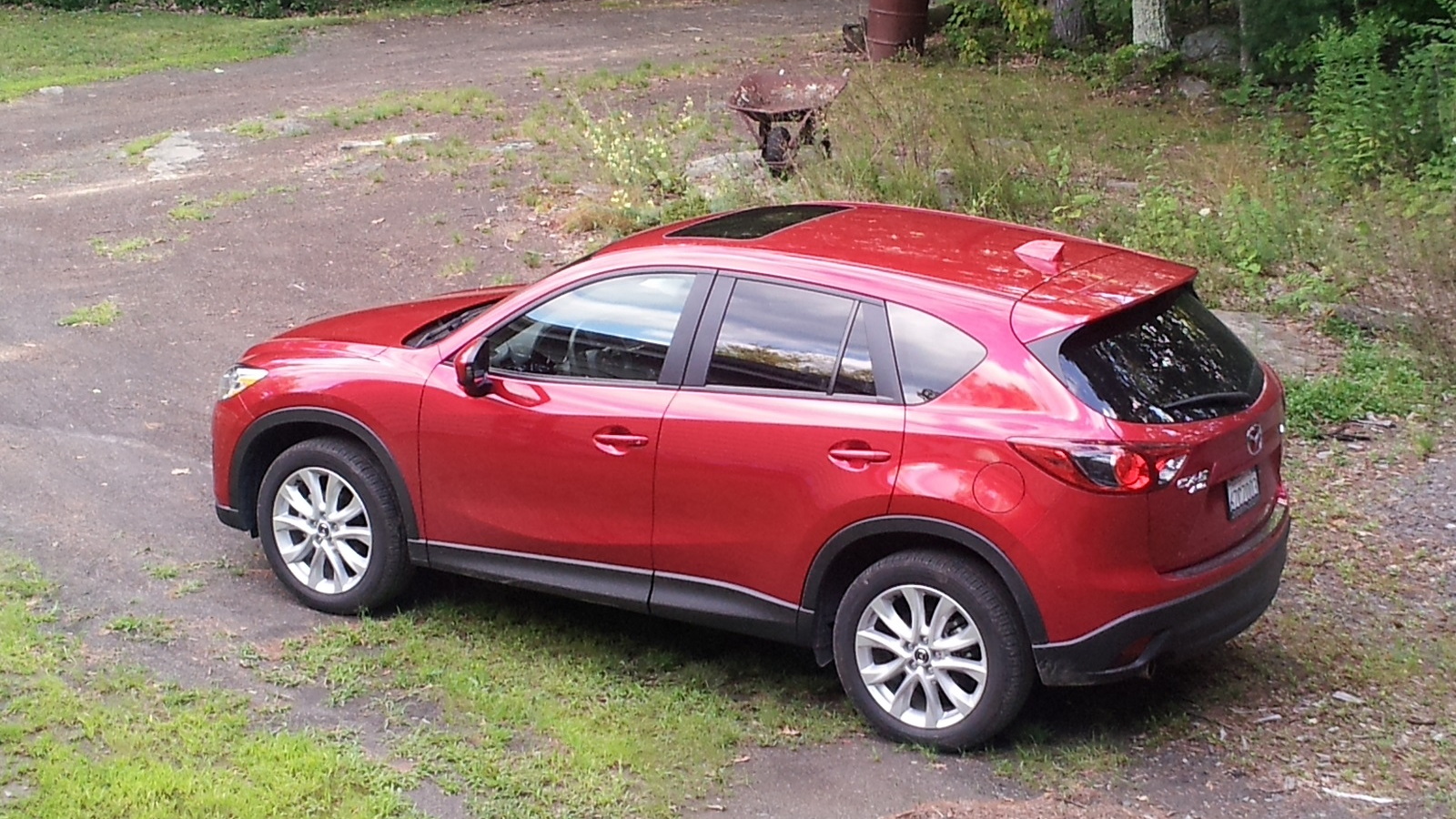 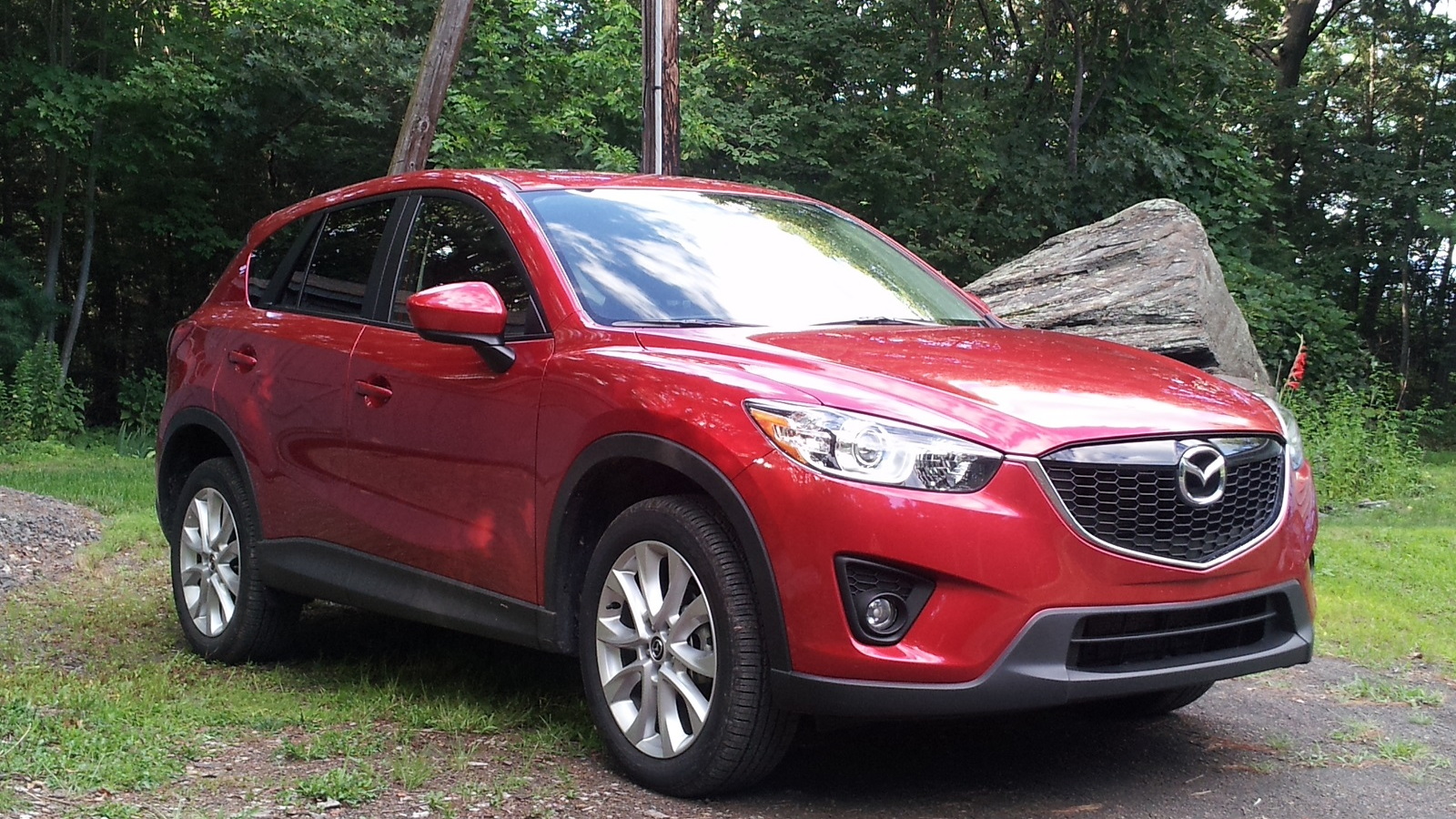 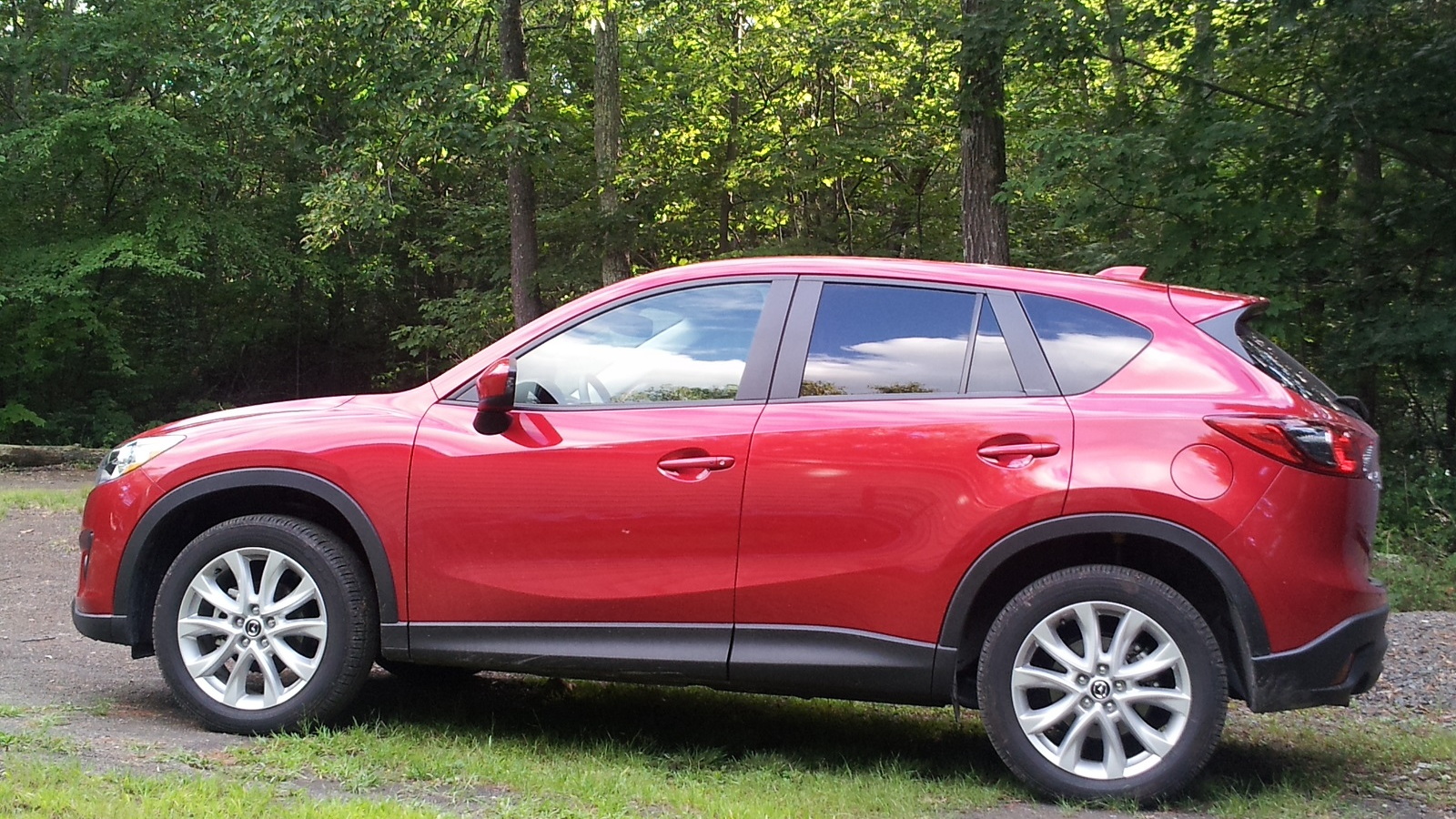 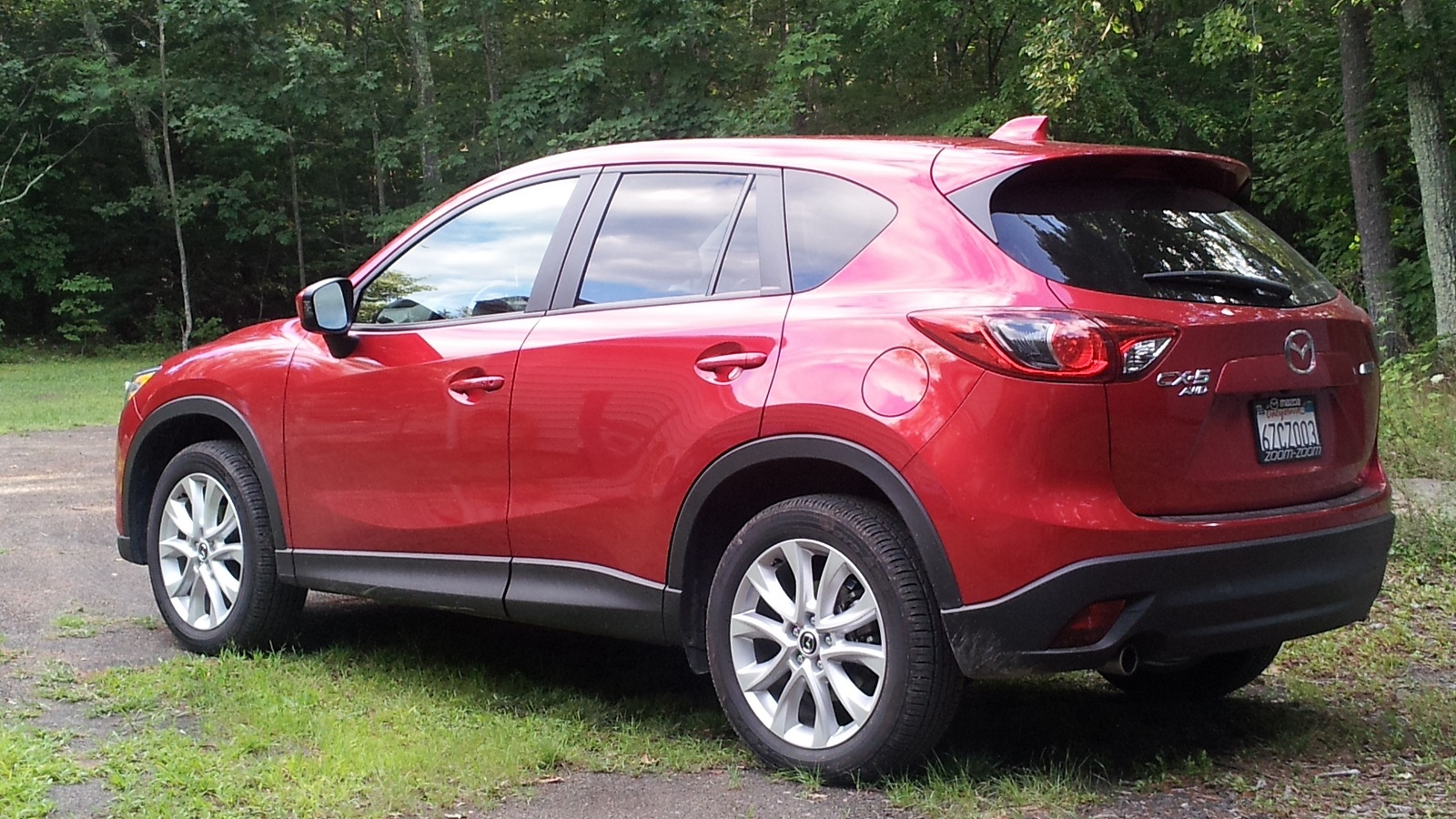 While hybrids are one way to get good gas mileage in a variety of cars, another way is to wring every last drop of efficiency out of new and highly-efficient gasoline engines and transmissions.

That's the path Mazda's taken, and it seems to be working.

It was rated at 28 mpg for that engine/transmission combination and all-wheel drive, but we averaged an astounding 33.1 miles per gallon--while noting that the 2.0-liter engine had very little margin of power in reserve. 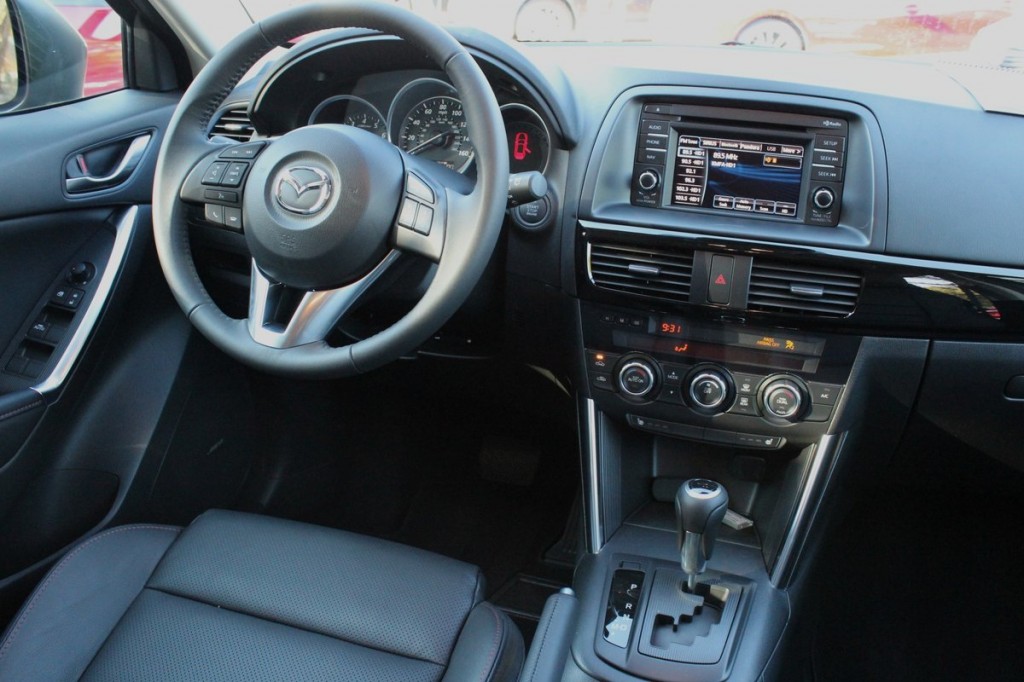 So we were eager to drive the slightly more powerful 2.5-liter SkyActiv version of the same vehicle, which we did last August.

It may not sound like much of a boost, but it's enough to provide the margin of power that the 2.0-liter was missing, reducing the anxiety of hard acceleration into fast-moving traffic.

It, too, impressed us, achieving a real-world 29.7 mpg over pretty much the exact same test cycle as the earlier CX-5--282 miles comprising two-thirds highway, one-third city and suburban stop-and-go.

The Mazda's efficiency contrasts to the approach taken by Ford, which uses direct-injected and turocharged EcoBoost engines of 1.6 and 2.0 liters in its comparable Ford Escape compact crossover. 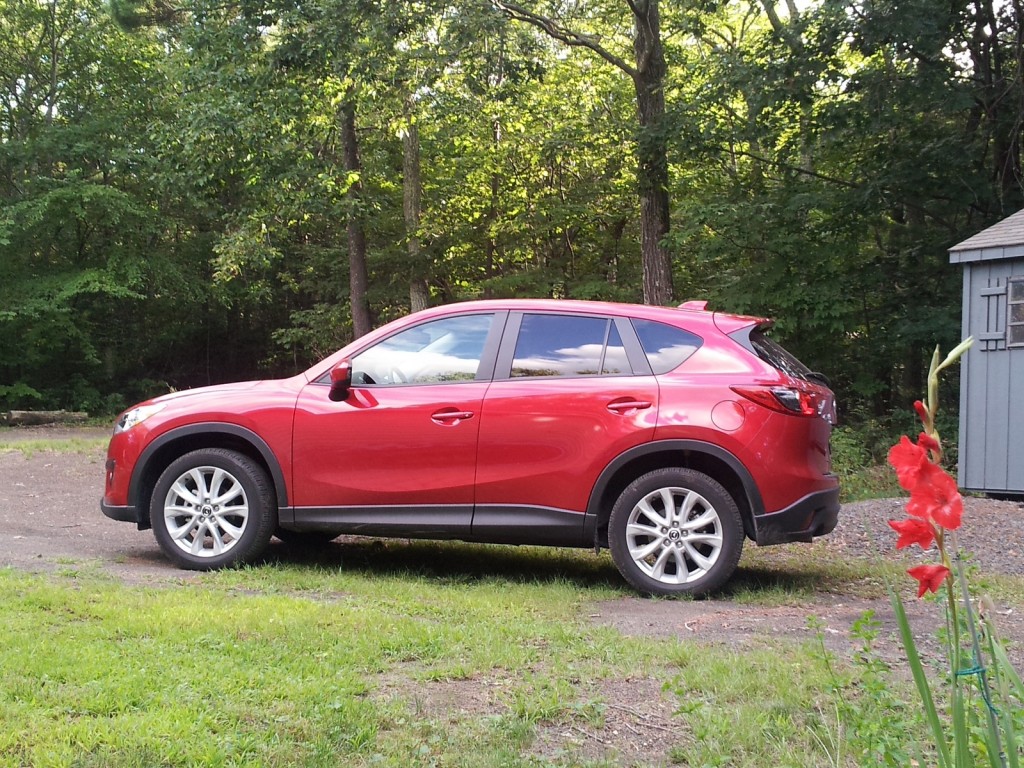 We've now tested both those vehicles as well, and they didn't do quite so well.

The more powerful 2013 Ford Escape with the 2.0-liter EcoBoost engine and all-wheel drive that we tested in Spring 2012 barely equaled its combined 24-mpg EPA rating, getting a real-world indicated gas mileage of 23.9 mpg.

But a 2014 Ford Escape SE with the 1.6-liter EcoBoost engine and only front-wheel drive managed only 24.8 mpg on an EPA-rated 26 mpg combined.

Aside from the gas mileage, this year's CX-5 remains largely unchanged from the first-year 2013 model.

It is still one of the best-handling compact crossovers, with engaging driving and good cornering, a seating height midway between a passenger car and the tallest of the crossovers, and oodles of usable space for people and cargo.

On top of that were $300 for the very nice Soul Red paint, $200 for a retractable cargo cover--something we think every crossover should include as standard--and $100 for a rear bumper guard.

Adding in the mandatory $795 delivery fee, the window sticker bottom line came to $31,890.