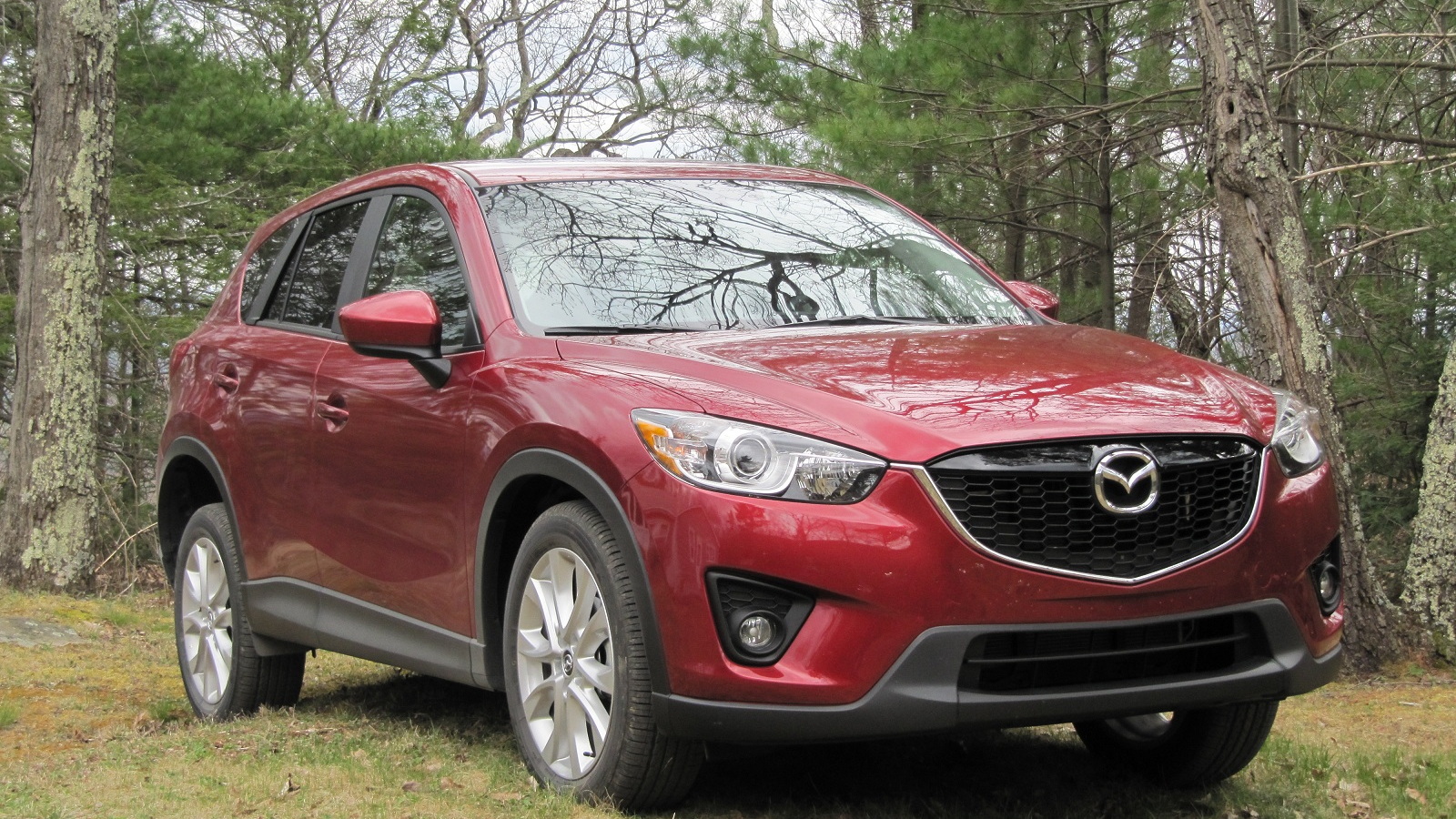 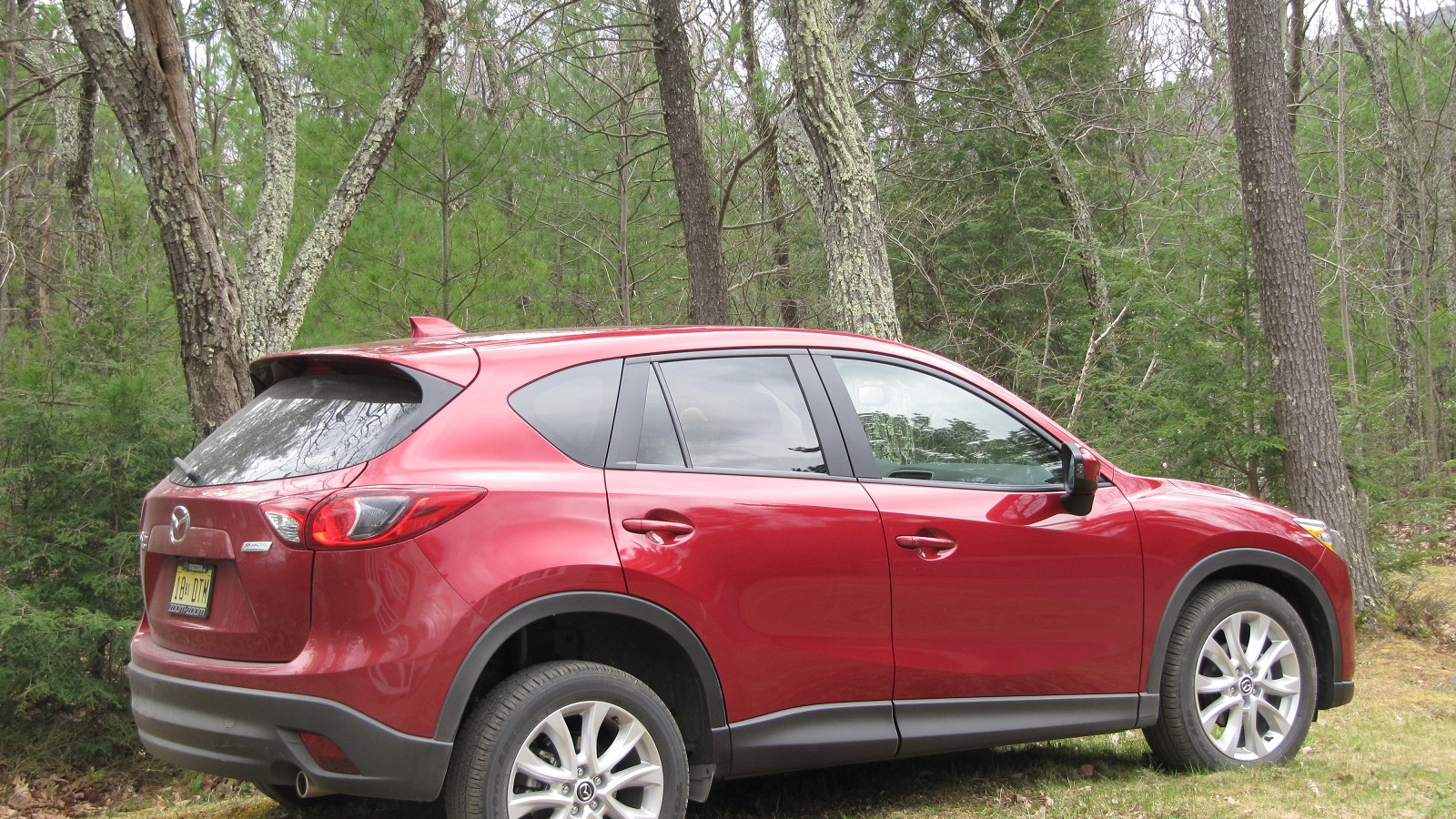 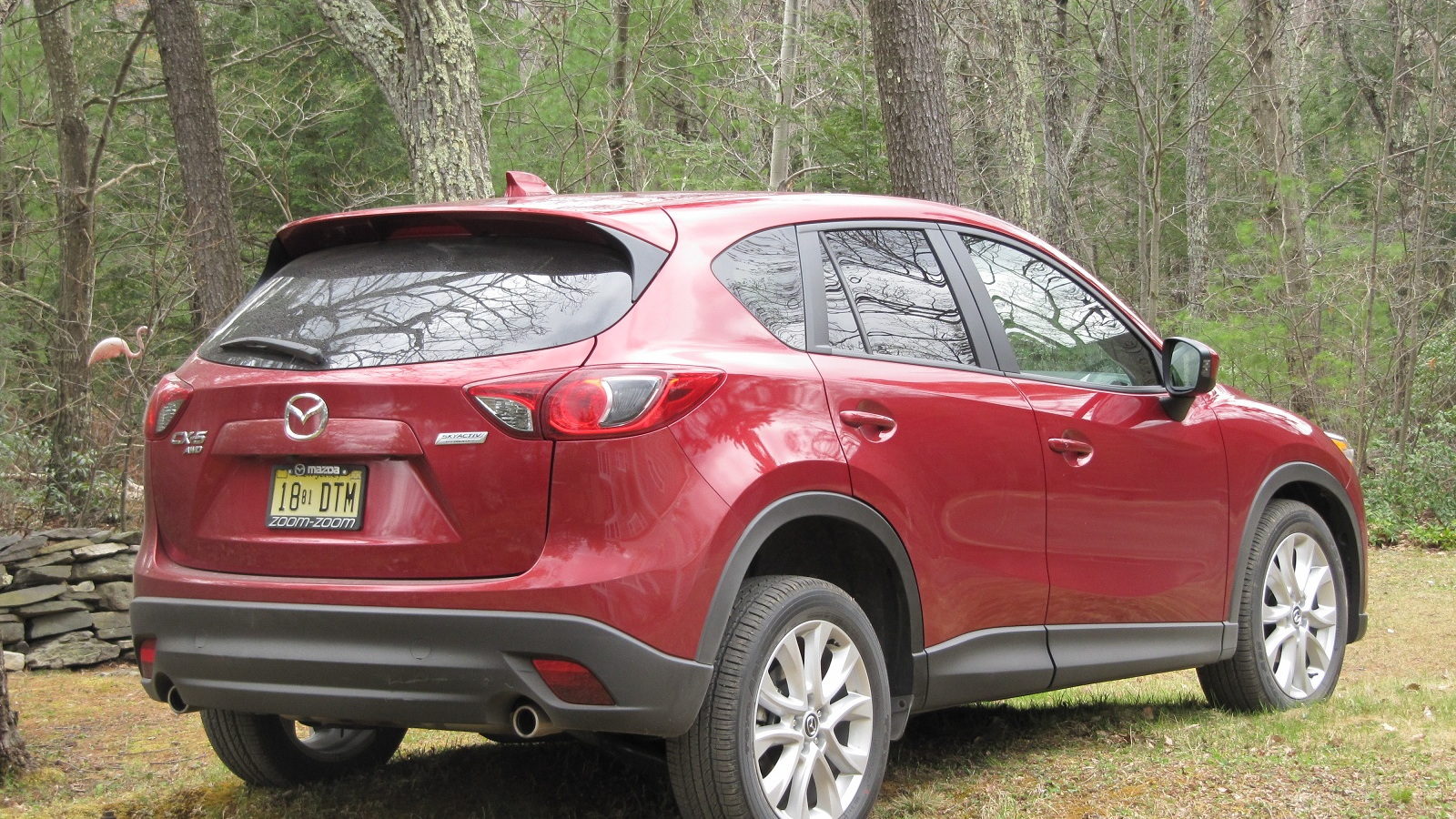 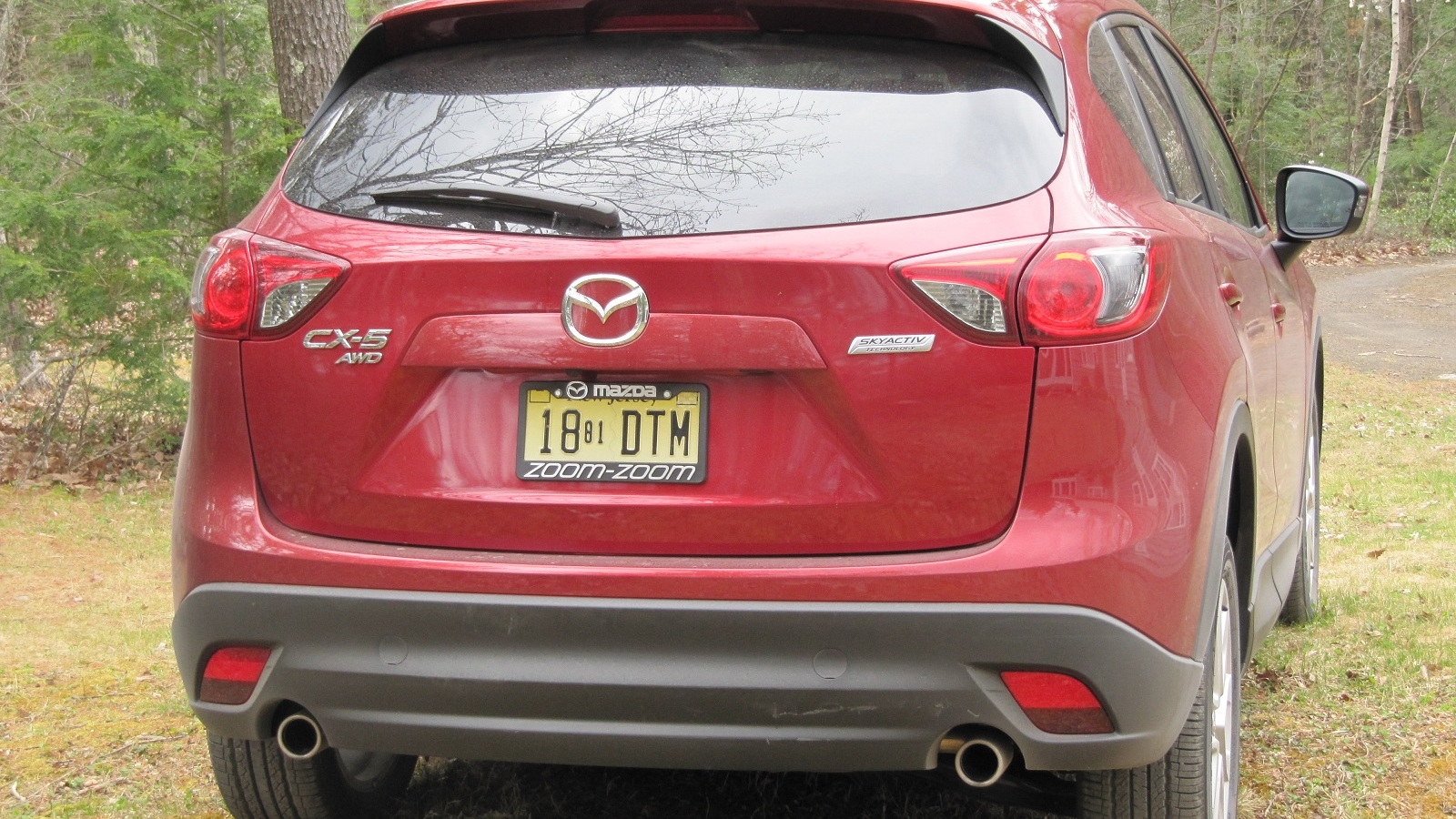 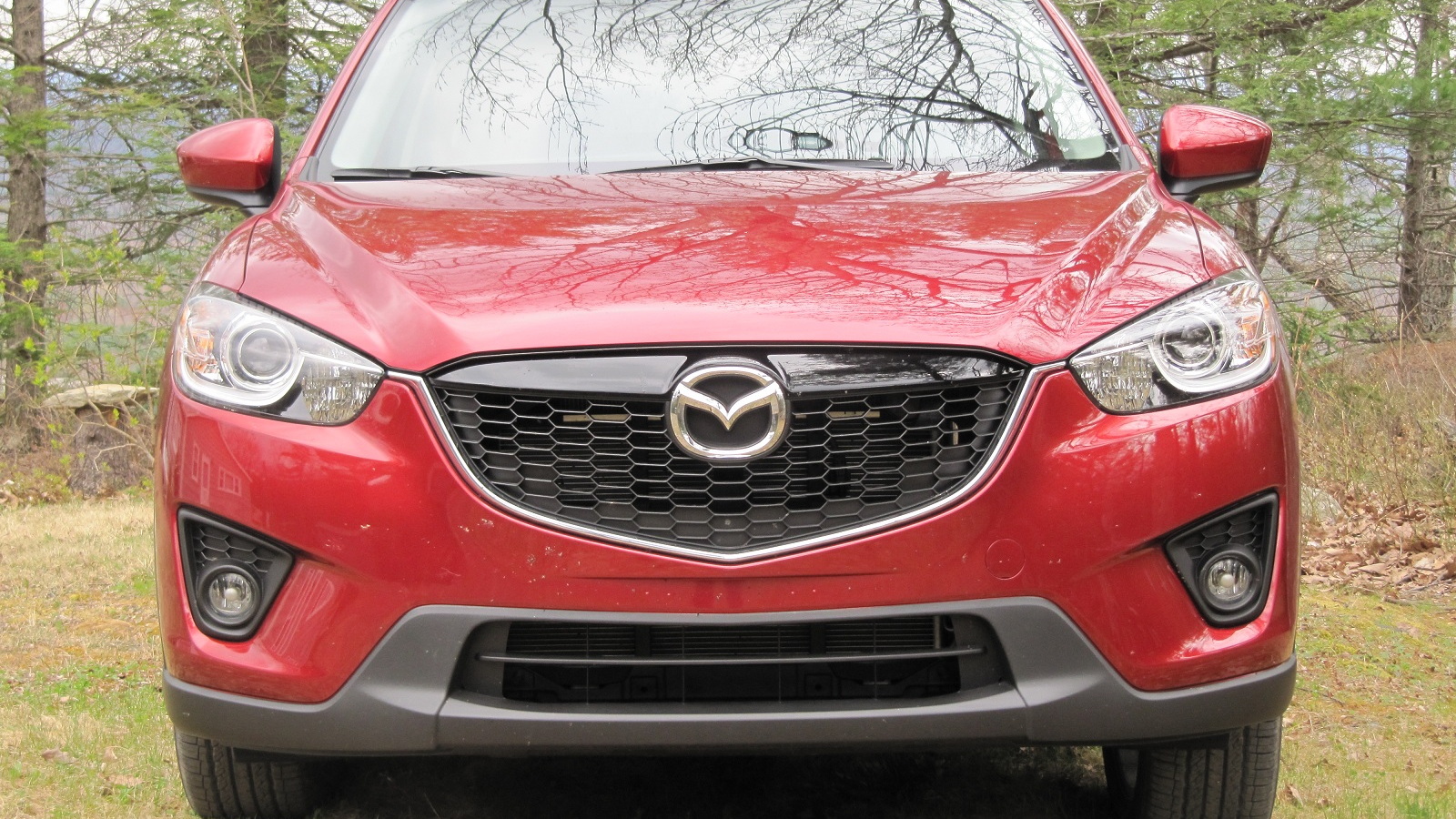 The trend is clear: To get higher gas mileage, almost all new cars will have smaller, more efficient engines.

Mazda says its new line of SkyActiv engines and transmissions, though, takes the carmaker to new heights of fuel efficiency.

We recently tested two different Mazdas fitted with its SkyActiv-G 2.0-liter four-cylinder engine and six-speed automatic transmission, and we can report: They get vastly better gas mileage than we expected.

Five weeks ago, we had a 2013 Mazda CX-5 compact crossover. This was a vehicle we liked when it was launched, and though we discovered a few more quibbles over a long weekend, we remain fans of its looks, handling, and packaging.

The CX-5 is the first vehicle Mazda has designed from scratch around its SkyActiv powertrain, and there's sufficient space behind the transverse engine for the lengthy and complex intertwined exhaust manifold and outflow pipes.

Last weekend's car was a 2012 Mazda Mazda3 Grand Touring SkyActiv-G compact four-door sedan. This is a mid-cycle update that swaps in the 2.0-liter SkyActiv four and six-speed automatic to replace the previous 2.0-liter four--a totally different engine--that was paired with an old five-speed automatic.

So how'd each car do on gas mileage? Quite well, thank you.

Over our usual driving cycle route of roughly 260 miles, which is about two-thirds highway and one-third local, the CX-5 averaged an astounding 33.1 miles per gallon.

Not only does that beat the CX-5's EPA combined rating of 28 mpg for the automatic version with all-wheel drive, but it's higher than any other compact crossover we've driven--including the late lamented Ford Escape Hybrid.

And the Mazda3 delivered 38.1 mpg over almost exactly the same test route. (The photo below was taken just before a long spell of Manhattan traffic knocked a couple of tenths off our cumulative average.)

That too is higher than its EPA combined rating of 33 mpg, and a very good figure for a compact sedan. The previous figure for the old engine and transmission was a combined 28 mpg.

For example, our 2012 Hyundai Elantra returned 34.1 mpg and the 2011 Chevrolet Cruze Eco we tested gave us 34.4 mpg, although with the six-speed manual transmission, which most owners won't order.

A few notes on driving style: We use cruise control when possible if traveling on uncrowded freeways (we won't say at what speeds, ahem). Otherwise, both Mazdas were driven fairly "normally" with occasional bursts of speed, hard cornering, and general performance driving.

At the CX-5 launch last fall, one Mazda executive had said that the company thought its buyers' real-world results would be notably better than the EPA combined ratings.

Based on two cars over the same test route--albeit in hardly a scientific study--we suspect they're right.

Any owners of Mazda3s (with the new SkyActiv-G engine) or CX-5 drivers out there to give us real-world feedback?