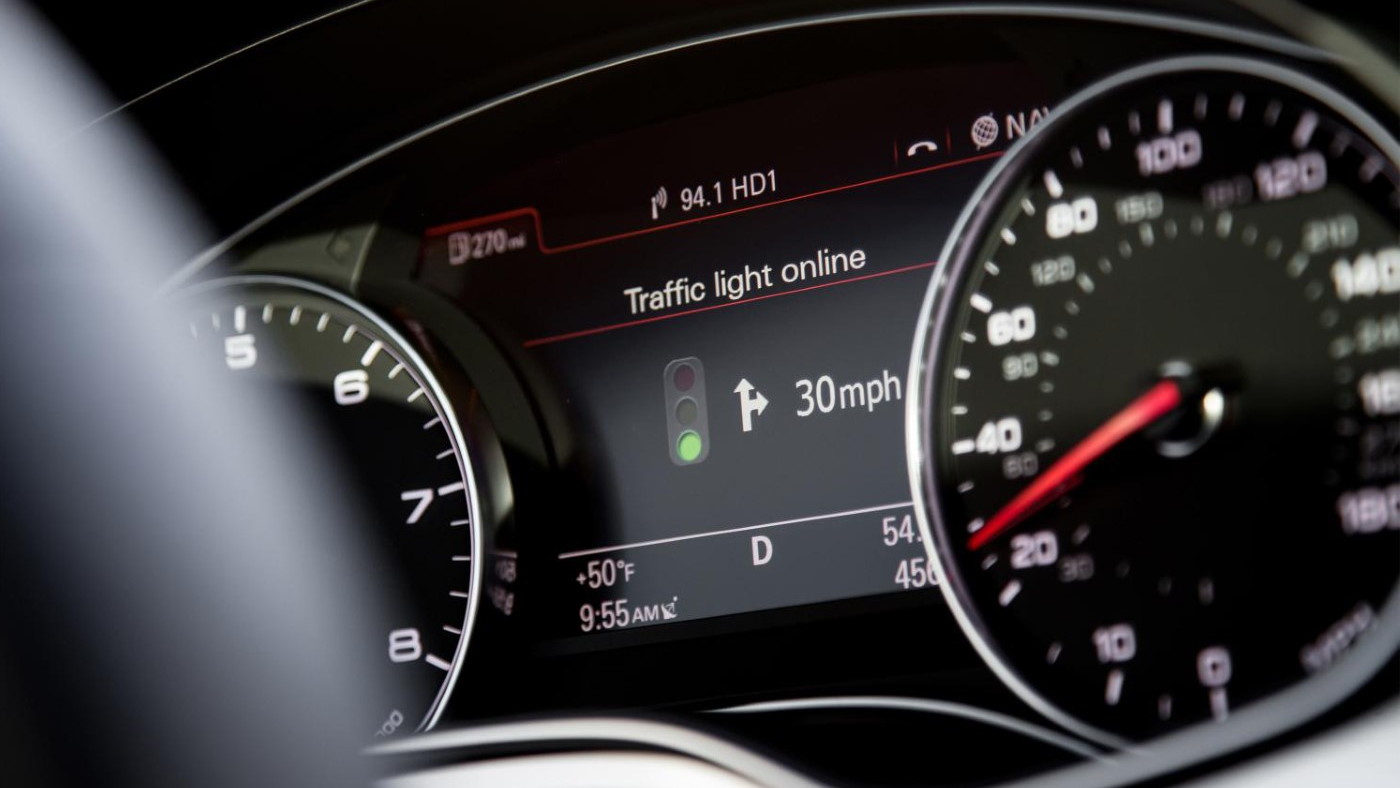 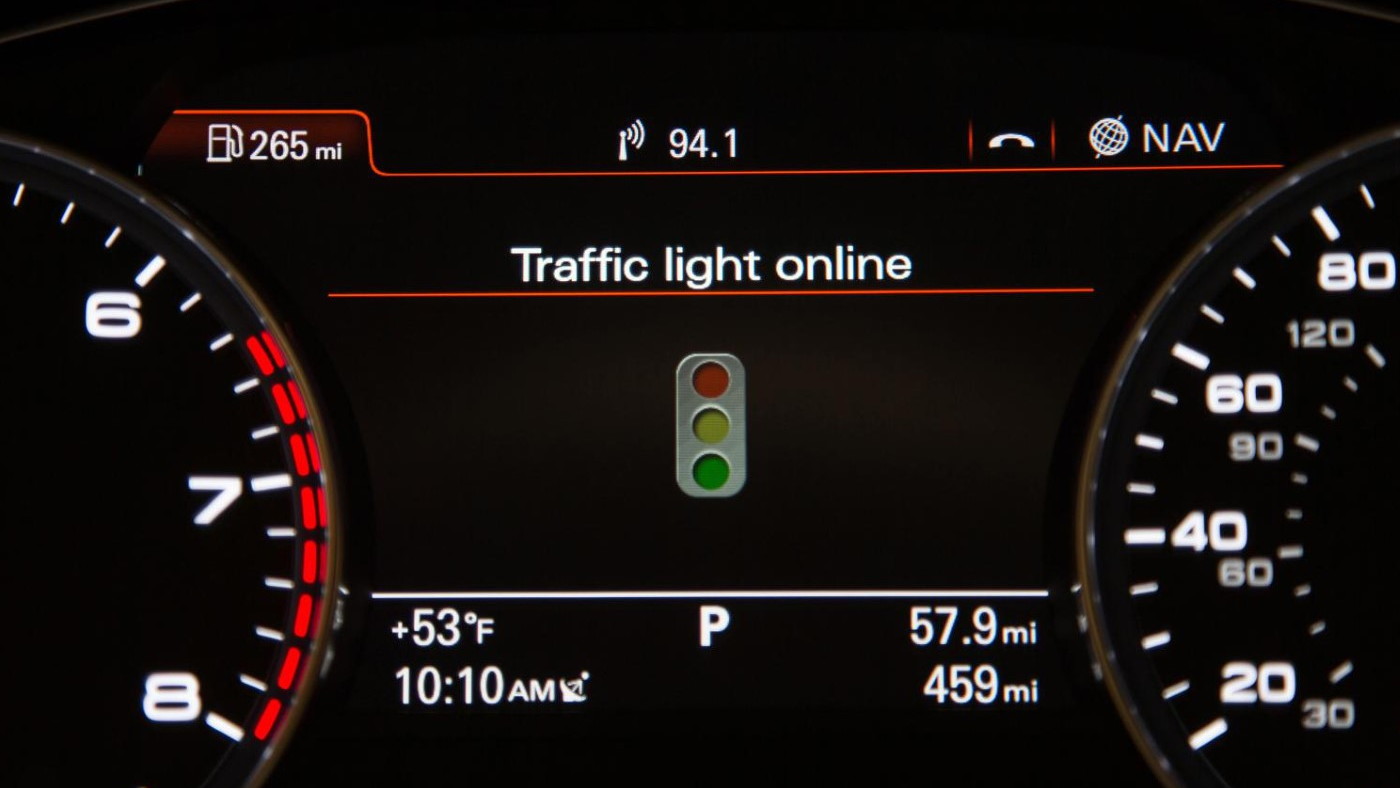 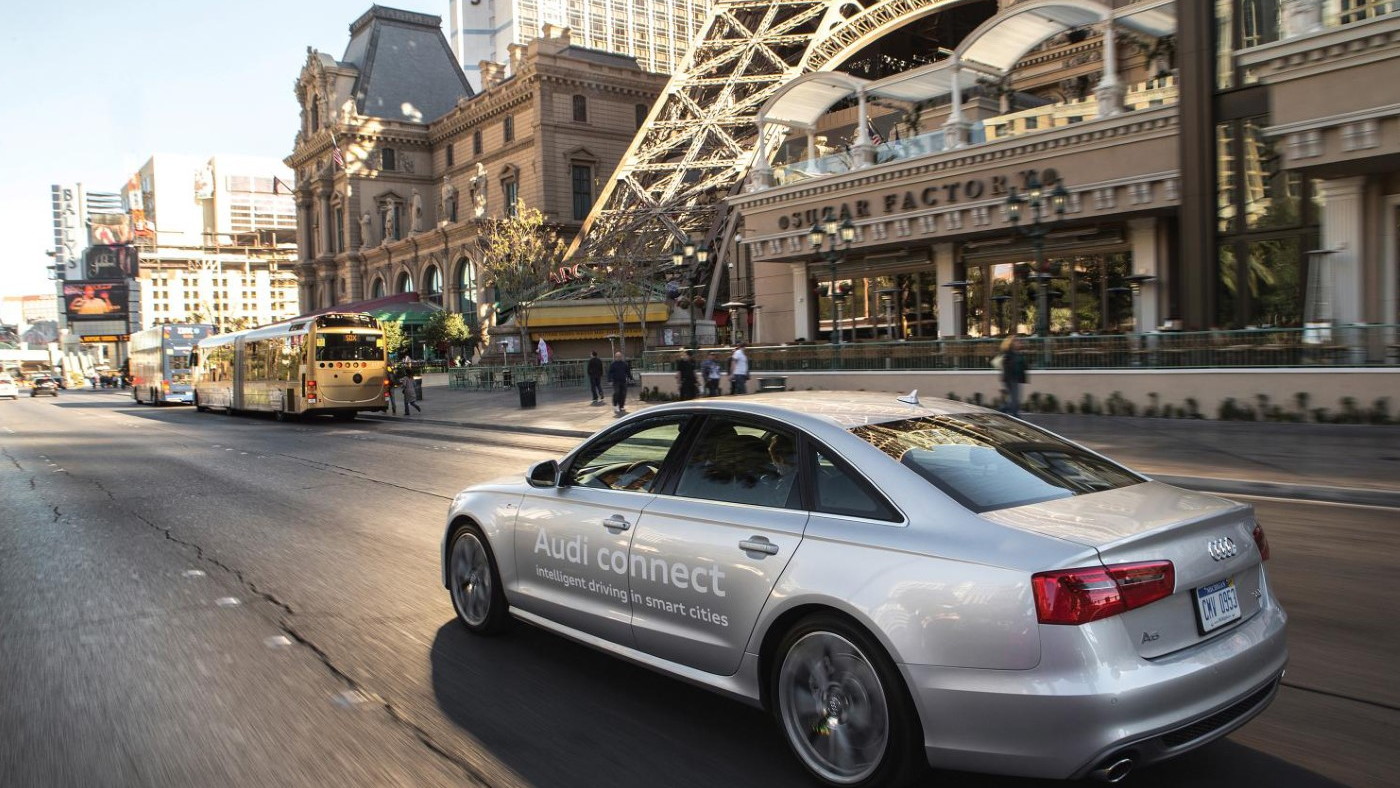 3
photos
Taking the average passenger car and making it more efficient is the combination of dozens of factors from engine technology to aerodynamics to more extreme measures like hybridization.

But some factors you just can't control, like traffic, weather and the changing of traffic signals.

Audi thinks it can at least mitigate the latter with its latest technology though, with its traffic light recognition system.

Essentially, it relies on in-car internet to connect to the traffic systems in a town or city, at which point it can relay information to the driver on the cycle of the traffic lights ahead.

The idea is that if a light is changing ahead, the car already knows about it--and can suggest actions to the driver based on what the light will do next.

If you're approaching a light that's set to turn red before you reach it, for example, a message pops up in the instrument cluster suggesting you begin to slow down, rather than having to brake at the last minute when the lights change.

Likewise, if you're already sitting at a light, the car knows when it'll change green. It can even be integrated with the car's stop-start system, which can re-start the car five seconds before the light is due to turn green, so you're ready to go when it does.

Audi suggests the technology can save a driver time, but potentially save huge quantities of fuel too if widely applied, as the typical city rush from red light to red light would be reduced.

We actually got a chance to test the system last year, driving Audi's A1 e-tron prototype around the streets of Berlin.

Approaching lights, a central display let us know when one was about to turn red, giving us time to decelerate before it did. And at the light, a little timer revealed how long the cycle had to go.

It's as important in electric vehicles as it is fossil-fueled ones, where maintaining momentum and not wasting energy can have a huge effect on a car's battery range.

Audi continues to test the technology in Berlin, as well as the Italian city of Verona, where 60 sets of traffic lights covering the center of the city are involved.

The automaker says the technology is essentially compatible with every car Audi produces right now, and a U.S. launch is apparently "the subject of intense analysis". For internet-equipped cars, it could be the next low-hanging fruit for improving real-world city mileage.