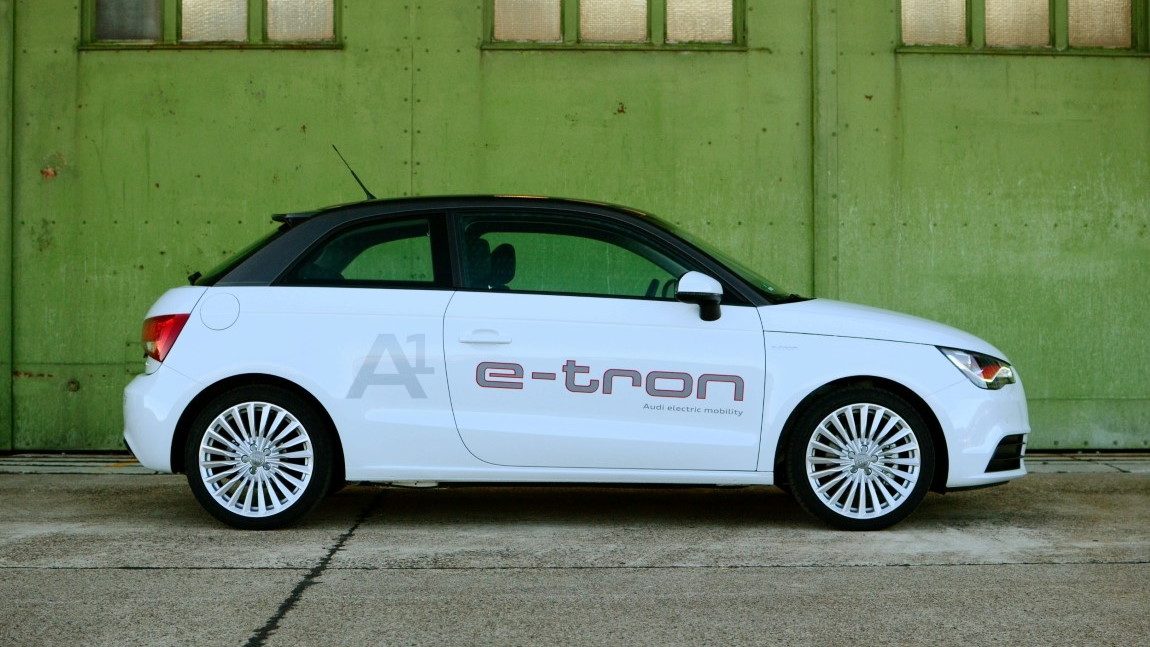 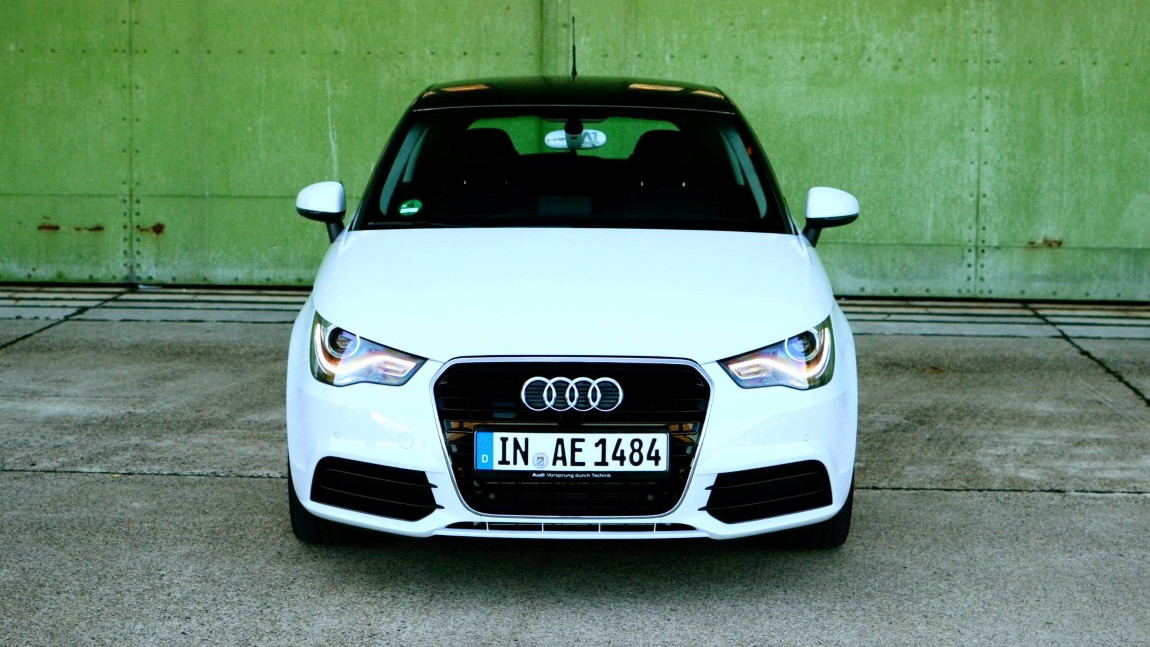 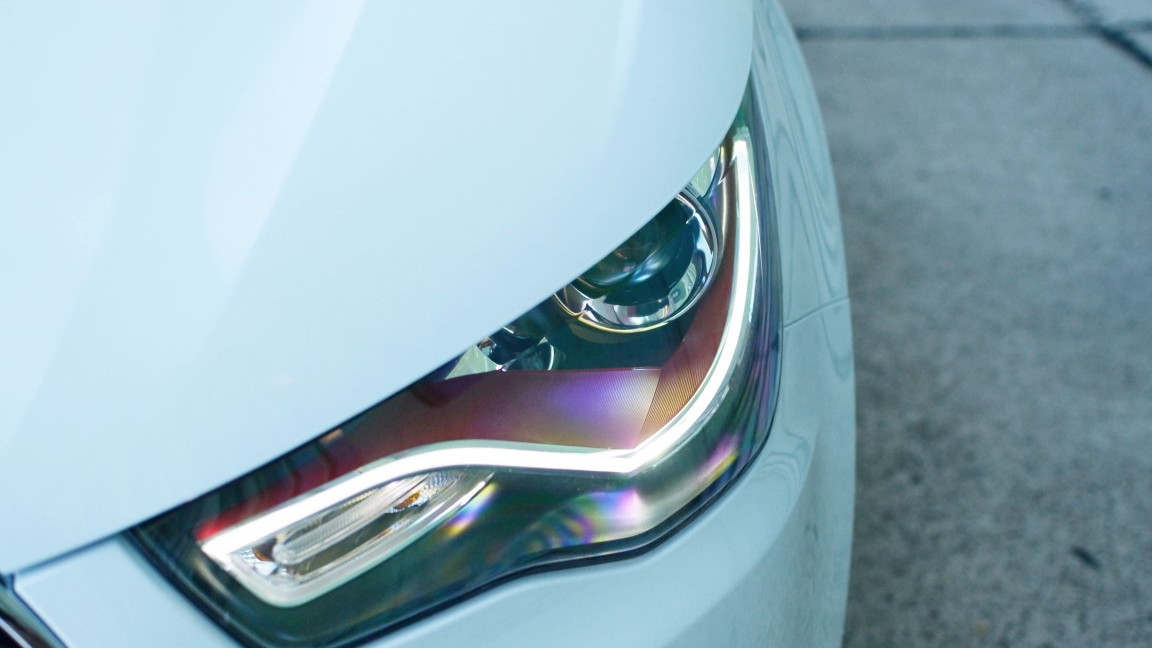 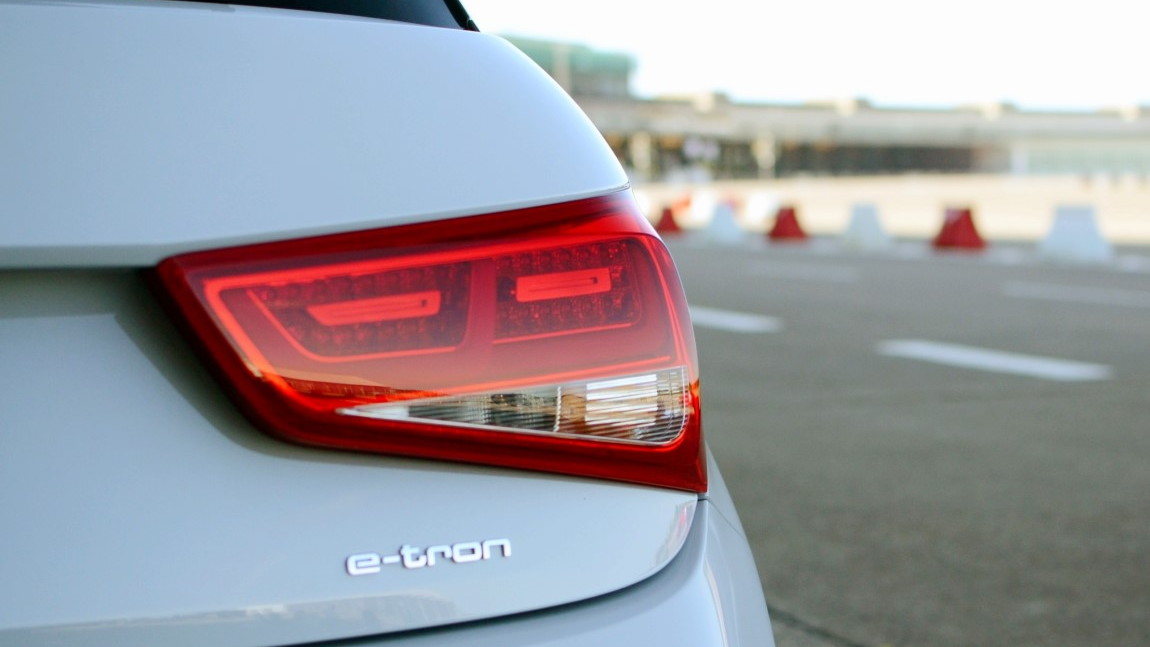 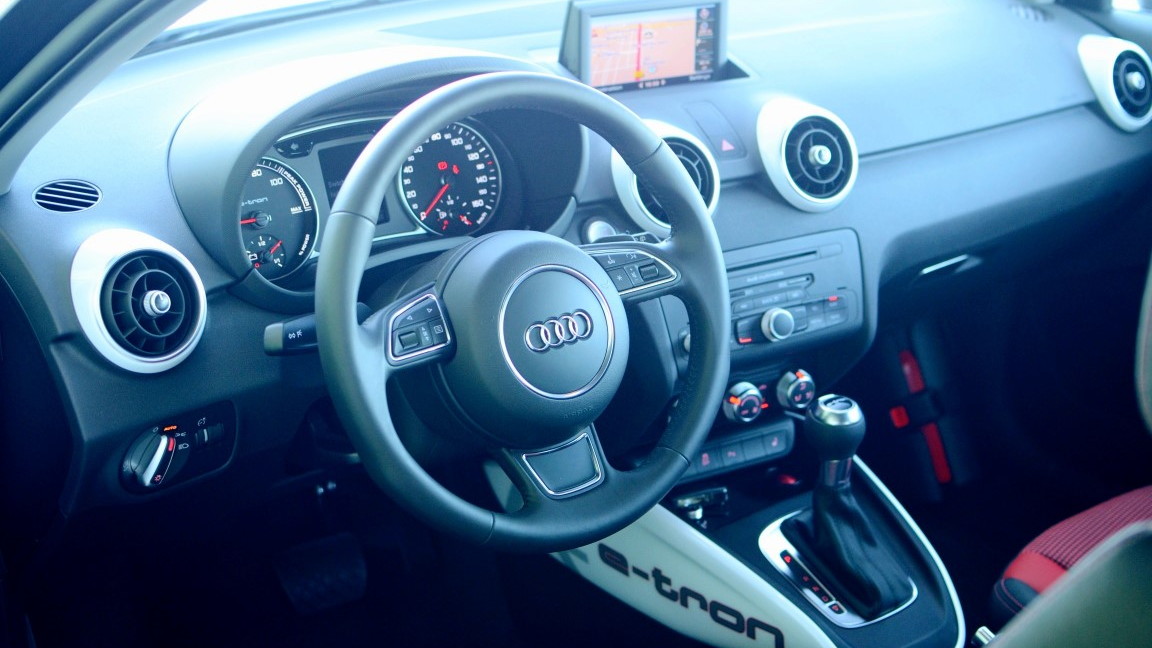 7
photos
The Audi A1 e-tron was almost a sideshow to our day at the company's future lab tron-experience at Berlin's spectacular and disused Tempelhof Airport.

Drives squeezed in over lunch or at the end of the day reflect the A1 e-tron's unfortunate status: Stillborn prototype, rather than fully-fledged production model.

And after driving it around Berlin's crowded streets, we think that's a shame.

The Audi A1 is a subcompact car sold in Europe, based on a similar platform to that of the equally Europe-only Volkswagen Polo.

It's sold in both three-door and five-door 'Sportback' hatchback variants, and usually comes with a range of four-cylinder gasoline and diesel engines.

The e-tron is rather different.

The theory is that the Wankel's compact size makes it ideal for a small car like the A1; its small capacity and constant engine speed reduces the fuel consumption rotary units are usually known for; and as a rotary it's far, far smoother--and therefore less intrusive--than a regular piston engine.

We did try and take a peek at the rotary unit beneath the trunk floor, but a chunky (and firmly screwed-down) metal cover thwarted our efforts.

We were able to test that smoothness for the briefest of moments as we switched on the e-tron, the faintest of hums emanating from the rear of the car for ten seconds or so.

The car's conventional-looking shifter allows you to utilize rotary power from the start if needs be, for those hypothetical zero-emissions cities that may require you to hold the battery's 31-mile charge for entering city limits.

With the lever in 'D', it's just like any other electric car: Near-silent.

The instant torque and compact body makes it a breeze to drive in traffic too. Allied with quick steering, it encourages you to dart for gaps you'd think twice about in a combustion equivalent.

0-62 mph acceleration is quoted as 10.2 seconds, but as with most electric vehicles, it feels a little quicker on the road--mainly as its lower-speed acceleration is unhindered by gearchages.

Paddles behind the steering wheel let you pick your level of braking generation in four levels, from none at all to quite strong regeneration. It's in the strongest setting the A1 e-tron's unfinished prototype status is betrayed. The transition from acceleration to deceleration happens with a jerk, and not for the want smoother driving--even the most delicate of motions on the accelerator pedal results in learner-like lurching as the regen kicks in.

This is reduced in the lesser settings, but even then, smooth driving wasn't easy. And stepping away from the mark is a little sudden too.

Talking with the traffic

One of the A1 e-tron's cleverest features is its ability to talk with the city around it.

A form of technology that'll no doubt be appearing across production cars in the coming years, the e-tron knows just what the next traffic signal is about to do, and displays it on the small instrument screen in front of you.

Thus, if you approach a green light but the car knows you won't make it through before it turns red, it alerts you--allowing you to slow down early to save some energy.

Likewise, when sitting at a red light it displays just how long the light has to go, so you can sit back and relax until the final few seconds.

It's a real shame that Audi hasn't continued with the e-tron as any more than a test vehicle found in fleets across Germany.

The rotary range-extending engine is an endearing concept, as interesting from an engineering standpoint as it is practical for its smooth, quiet characteristics.

As a package it's a nice little car to drive, even if the rotary car's development was cut down in its prime and means the car isn't quite as smooth to drive as other electric cars we've tested.

Previously, cost was cited as the reason for the A1 e-tron being canned. At around $50,000 per vehicle, it simply wouldn't have been a viable car for Audi to produce.

However, speaking with Audi at the event it was also suggested that internal disagreements led to the project being canned. What those disagreements might have been we can't be sure, but they've killed a promising little range-extended electric vehicle.

More promisingly, it's unlikely Audi has simply discarded what it's learned from the A1 e-tron, and just like the R8 e-tron supercar, those technologies will be heading towards genuine production electric vehicles like the A3 e-tron.

Audi provided airfare, lodging, meals and refreshments to enable us to bring you this first-person drive report