Tesla Motors continues to rack up achievements, it seems.

The company has built more than 30,000 of its sleek Model S electric sport sedans, it's expanding into Europe and China, and it continues to get buzz and set stock-price records.

In other words, the brand is HOT.

So perhaps it was inevitable that a "lifestyle" would emerge--or be yanked into existence--around the notion of luxury all-electric transportation. 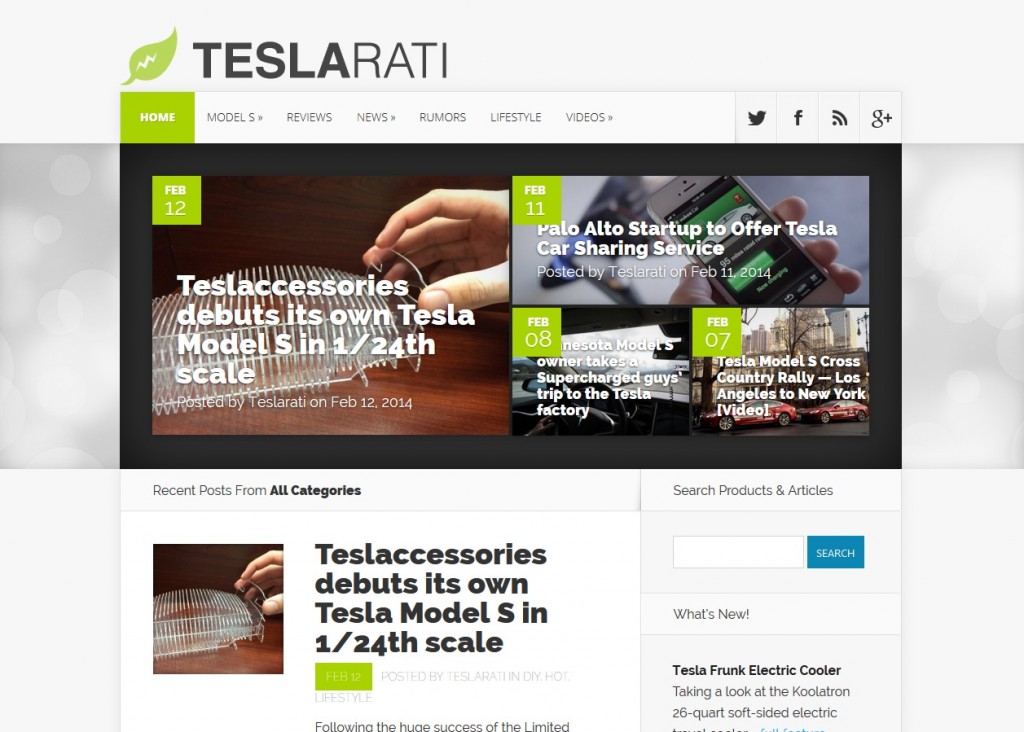 We're a bit baffled by the website for Teslarati, which bills itself as"the #1 source for Tesla lifestyle news, product reviews, aftermarket upgrades, and accessories for the Tesla Model S, Model X and Roadster."

Which is ambitious, since the Tesla Model X hasn't actually gone into production yet--and won't for several more months at a minimum.

Teslarati bills itself as a publication "created exclusively for and about the Tesla community."

We suspect that both the company's Tesla Motors forum and the independent Tesla Motors Club forum might view that as competition--unless they take the view, "the more, the merrier."

The site says it features "content around Tesla Motors, interesting Tesla aftermarket accessories and upgrades, gear, and clean technology that exemplify the spirit of what the Teslarati brand represents."

The site has published one article a day for several months now, seemingly a mix of syndicated and original content.


But we're intrigued--if baffled--by this notion of a "Tesla lifestyle," so we'd like to hear what you think.

What would the Tesla Lifestyle be to you?