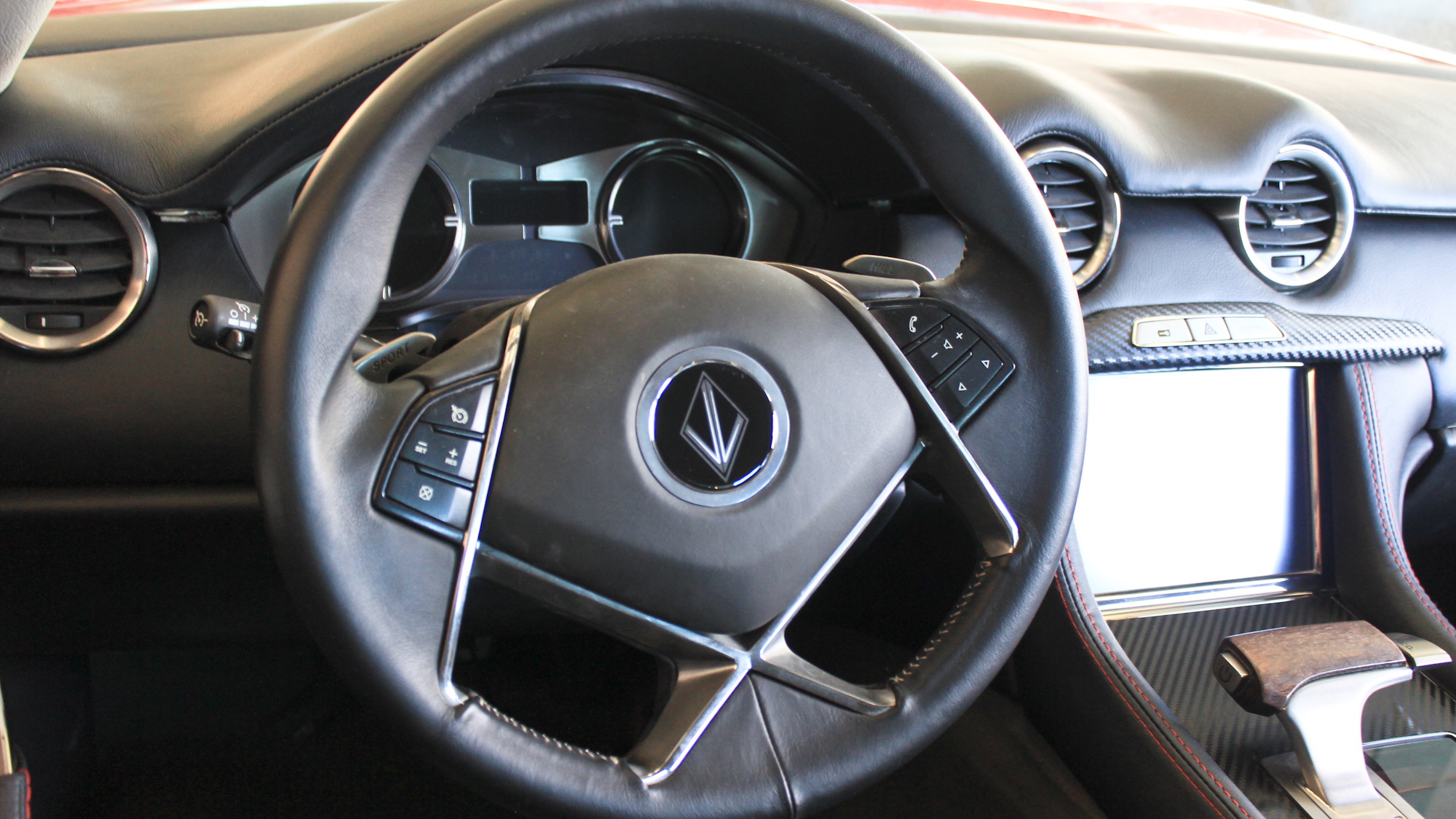 Engine swaps are one thing; complete powertrain replacements are another.

But if your business is yanking range-extended electric running gear out of a stunning-looking car from a now-bankrupt company, and replacing it with Corvette power, there are two ways you can go.

You can wait for the limited universe of Fisker Karma owners--about 2,000 or so--to need new powertrains, or you can buy unfinished bodies from the company itself and sell them as brand-new Destinos.

Detroit-based VL Industries is pursuing both approaches. But the uncertainty around the ultimate fate of Fisker Automotive requires the company, as an executive told us, "to stay friends with everyone" in the process.

Last Friday, a bankruptcy-court judge in Delaware ordered that the bankrupt Fisker be auctioned off, rather than approving the prearranged sale to Hybrid Technology Holdings that Fisker itself pushed for.

MORE: Who's Still Buying Brand-New Fisker Karmas, And Why?

That decision followed after a last-minute bid by Chinese auto-parts conglomerate Wanxiang, which now owns A123 Systems, Fisker's supplier of lithium-ion battery packs for the Karma.

Hybrid Tech then raised its bid to $55 million, from $25 million, indicating that perhaps the remains of the company are worth more than first thought.

At this week's Detroit Auto Show, VL unveiled a concept for a possible second VL Destino model, a two-door hardtop convertible with a retractable folding top, which it presented as the Destino Red Concept.

VL cofounder and marketing executive Gabe Villarreal confirmed to Green Car Reports that the vehicle shown in Detroit was the actual concept shown in 2009 as the Fisker Karma S--later dubbed the Sunset--with new panels to give it the Destino look.

Whether that car will ever go into production, however--and which entity may end up owning the rights to the design of that Karma derivative--remains slightly less clear.

Any plans for production are, as The New York Times noted, "a long way down the road." Instead, the Destino Red served its purpose of attracting media to VL's press conference, late on the second of the show's two media days.

Meanwhile, Villarreal said, VL Automotive is working hard to stay on good terms with all parties--from remaining employees at the bankrupt Fisker to representatives from Hybrid Tech, Wanxiang, and any other entity that may choose to bid for Fisker in the upcoming auction.

In removing the lithium-ion battery pack, twin rear electric motors, and associated power electronics and wiring, VL lightens the Karma by more than 1,000 pounds from its original 5,300-pound curb weight.

That requires retuning the suspension, replacing the wheels and tires with versions rated for speeds higher than the Karma's 135-mph limit, and numerous other modifications.

VL says it replaces about 60 percent of the car's exterior. The company not only substitutes a redesigned front fascia that eliminates the Karma's distinctive "mustache" twin grilles, but also a new roof without the photovoltaic solar panels fitted to the Karma.

The new engine is a 636-horsepower supercharged 6.2-liter V-8 similar to those used in Chevrolet Corvette sports cars, paired with a six-speed automatic transmission.

Perhaps the most intriguing line from VL's press conference was delivered, predictably, by the inimitable Bob Lutz. The former GM product czar and industry personage is an investor in VL--and its most reliable way to get media attention.

He said, according to the Detroit News, that VL would also offer a similar conversion for Tesla Model S electric sedans.

We suspect VL may have fewer takers for that offer.