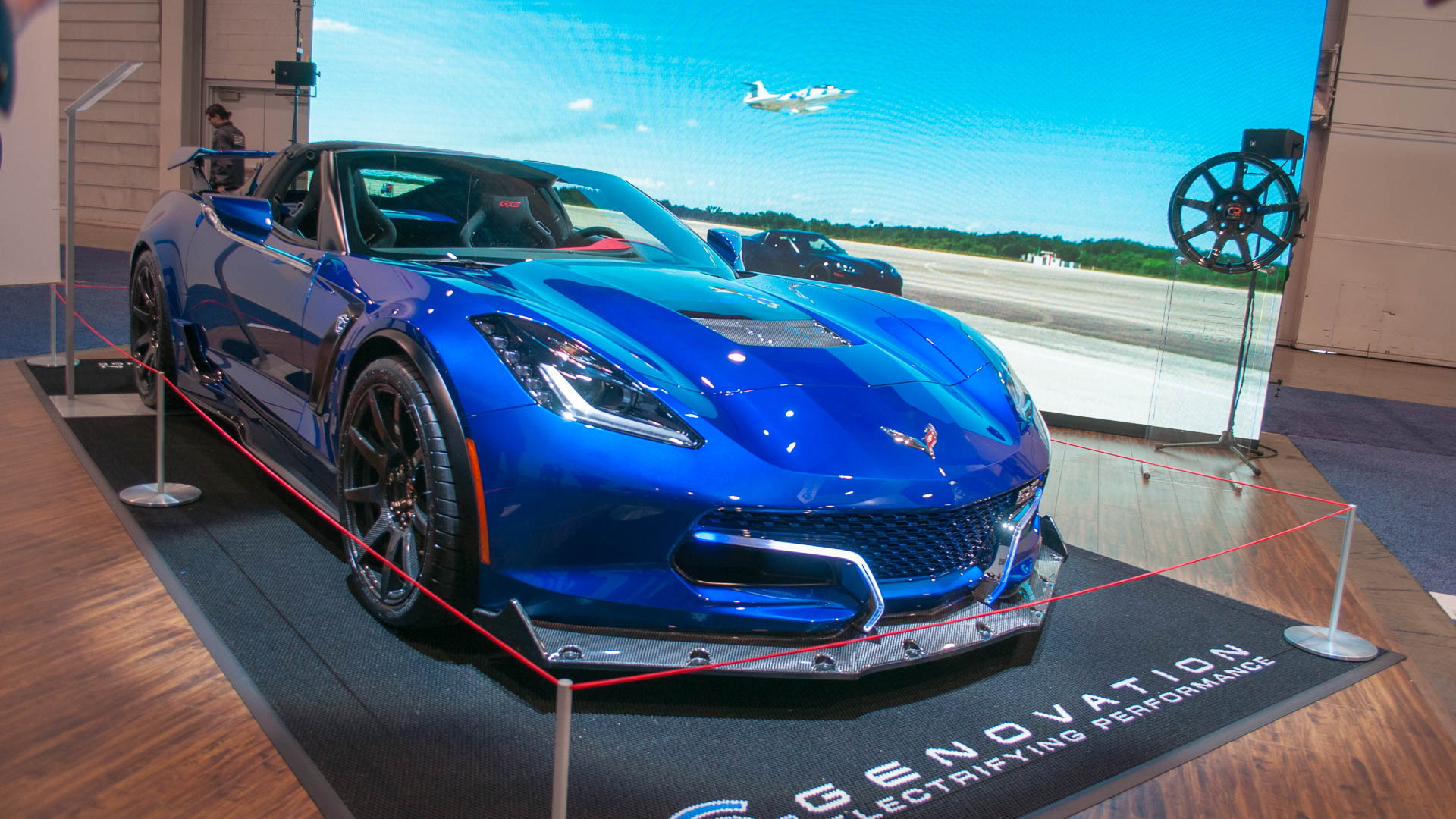 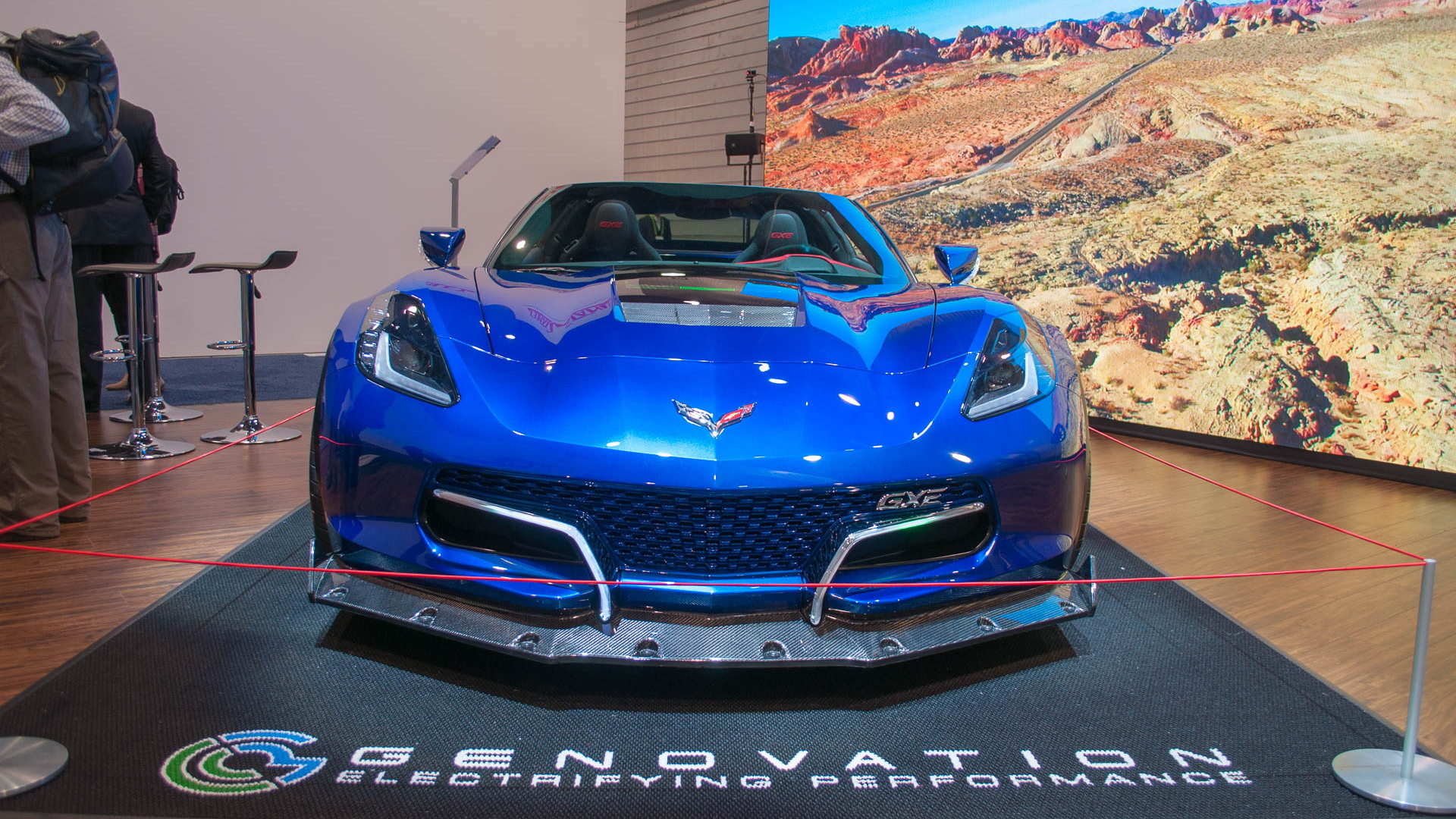 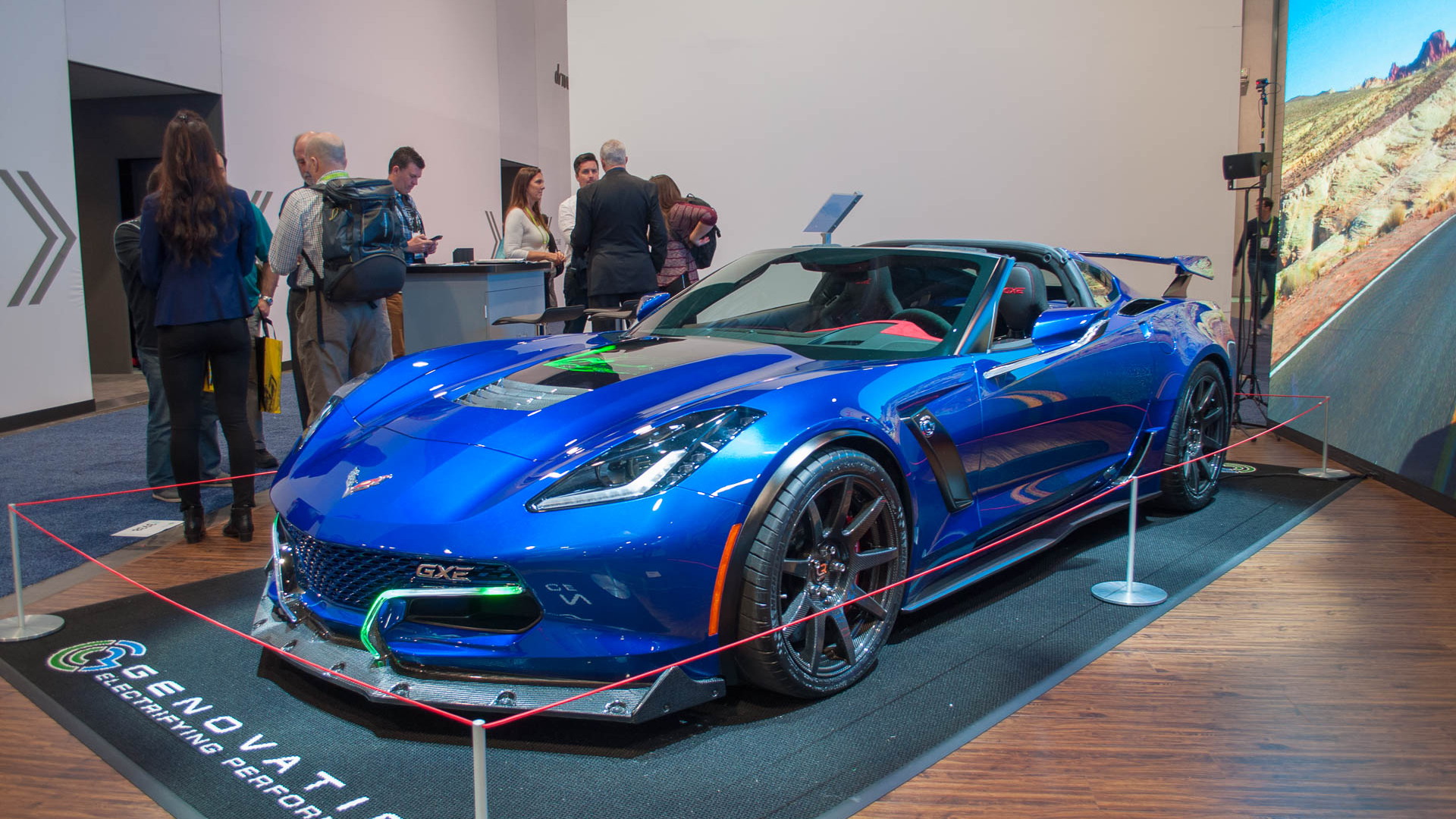 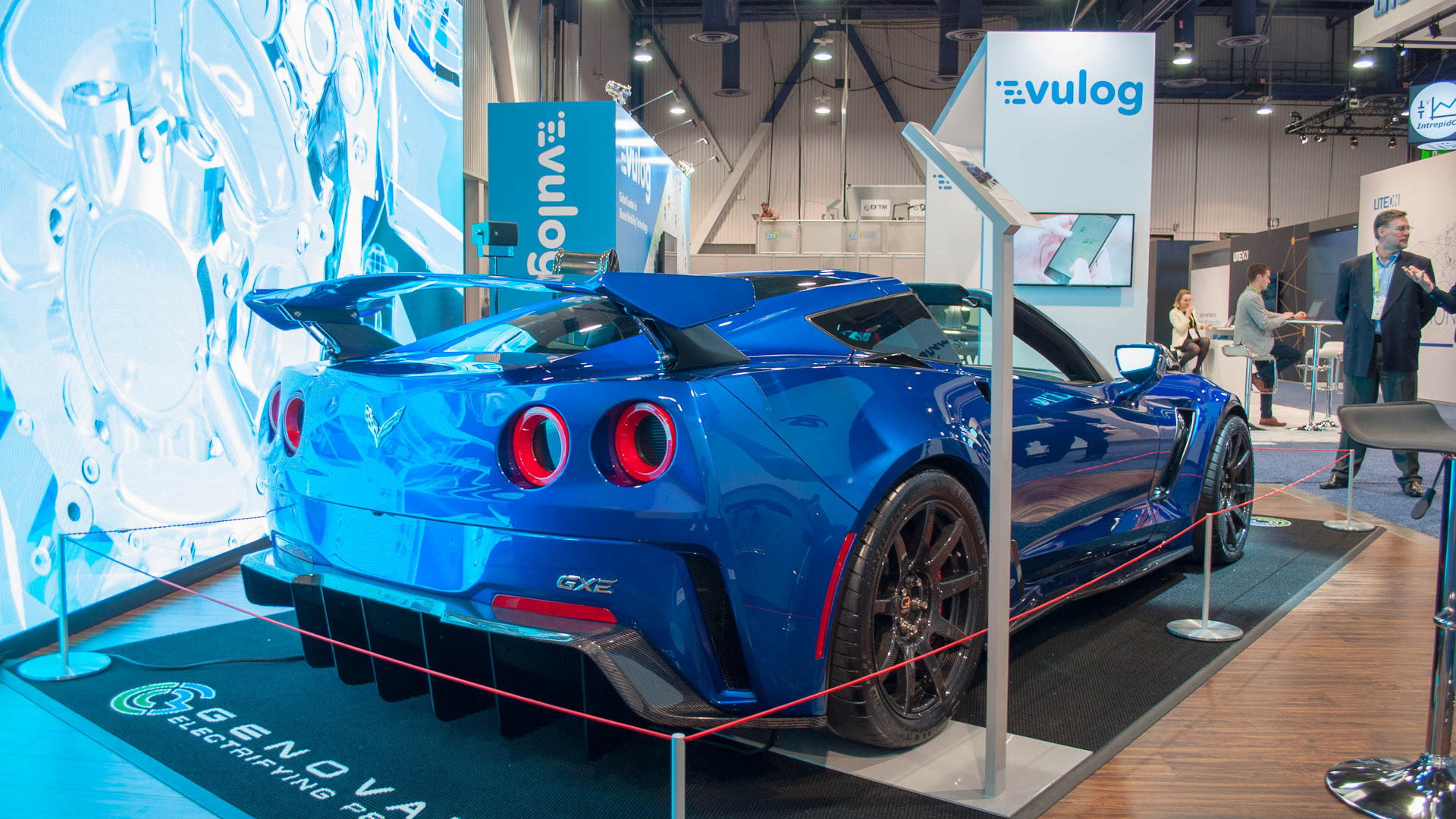 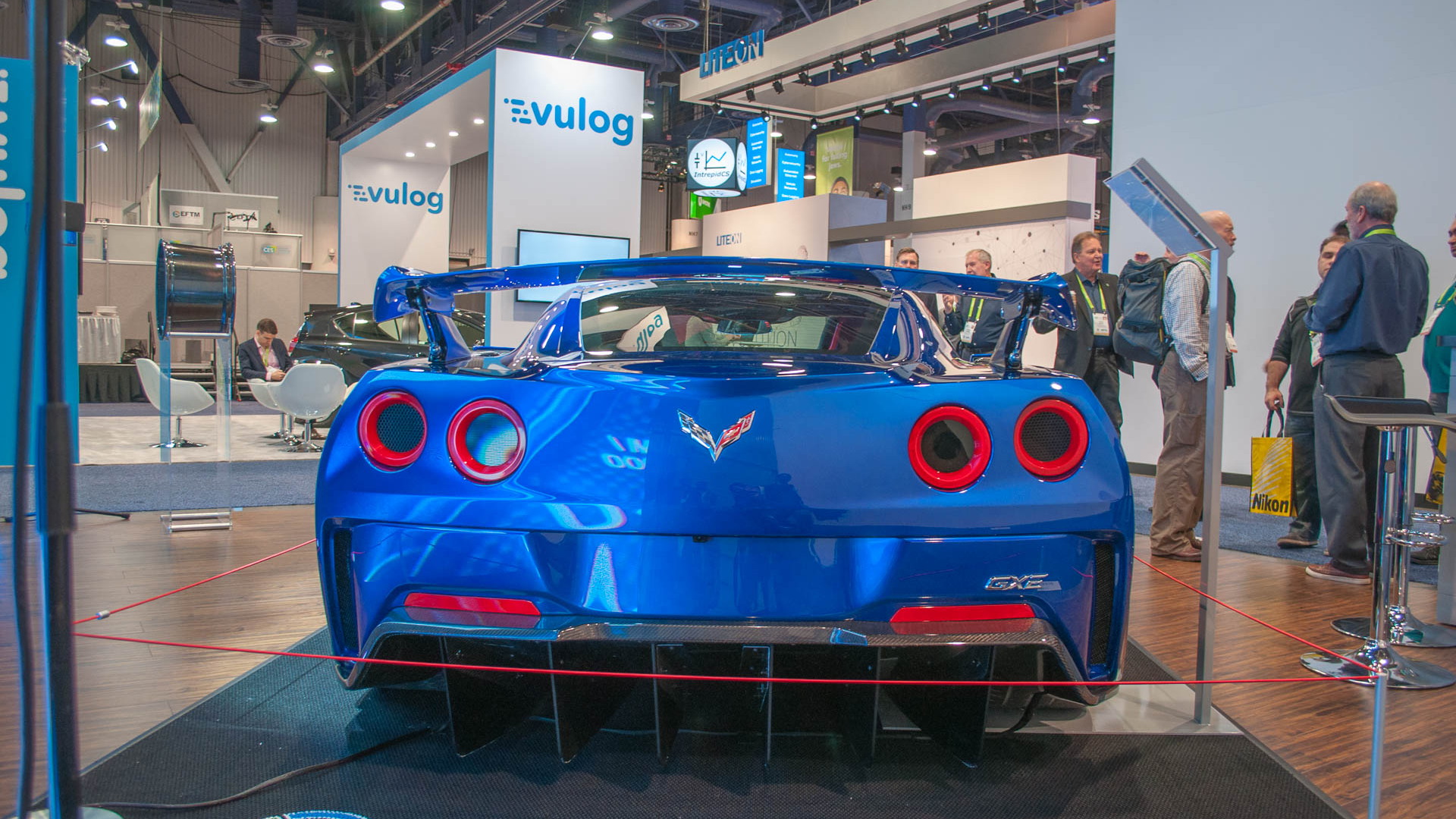 The idea of an all-electric Corvette is either either a wonderful marriage of American history and electric performance or complete sacrilege.

Love it or hate it, it's now a reality.

A company called Genovation rolled out the creation, the Genovation Extreme Electric (GXE), at the 2018 Consumer Electronics Expo in Las Vegas this week.

DON'T MISS: Well, Why NOT a (750-Horsepower) Chevrolet Corvette Hybrid?

The GXE is the first production car from the company, headquartered in Rockville, Maryland.

It's based on the frame and body of a Chevrolet Corvette Grand Sport, from the current generation known as C7.

The company fills that empty shell with all the whiz-bang electric motivation a track assassin working in silence could ever want.

Genovation's car receives a different front bumper and round taillights to set it apart from a typical Corvette, but beneath the skin lies 597 kilowatts (800 horsepower) of muted power produced by a pair of electric motors, fore and aft.

Surprisingly, the GXE's front-and-rear motors don't correspond to all-wheel drive; both are connected to a common driveshaft that powers the rear wheels.

Instead, the company says, the fore/aft placement provides for perfect 50:50 weight distribution.

But the truly peculiar aspect of the GXE has nothing to do with its electric motors, but its transmission. While all GXE models will come with an automatic transmission as standard, Genovation is offering a 7-speed manual to those who want it.

An earlier prototype built by the Maryland company produced some staggering results: Using an older C6 Corvette, was able to snap off a top speed of 209 mph and a standing-mile speed of 190.4 mph earlier this year.

The company says its production car should be good for a top speed north of 220 mph with the ability to sprint from 0 to 60 mph in 3.0 seconds.

A 61.6-kilowatt-hour battery pack powers those motors, which Genovation claims should provide a range of 175 miles—if you're gentle.

Genovation plans to sell 75 copies of the GXE for a staggering amount of coin—$750,000, plus the cost of the Corvette—with deliveries beginning in 2019.

Still, if you want that level of mouth-watering electric performance, the only other option is the Rimac Concept_One, a Croatian supercar that sells for an even higher $1 million.

Genovation plans to use the proceeds of its GXE sales to fund the development of a future all-electric sportscar called G2, which the company claims will be more affordable.