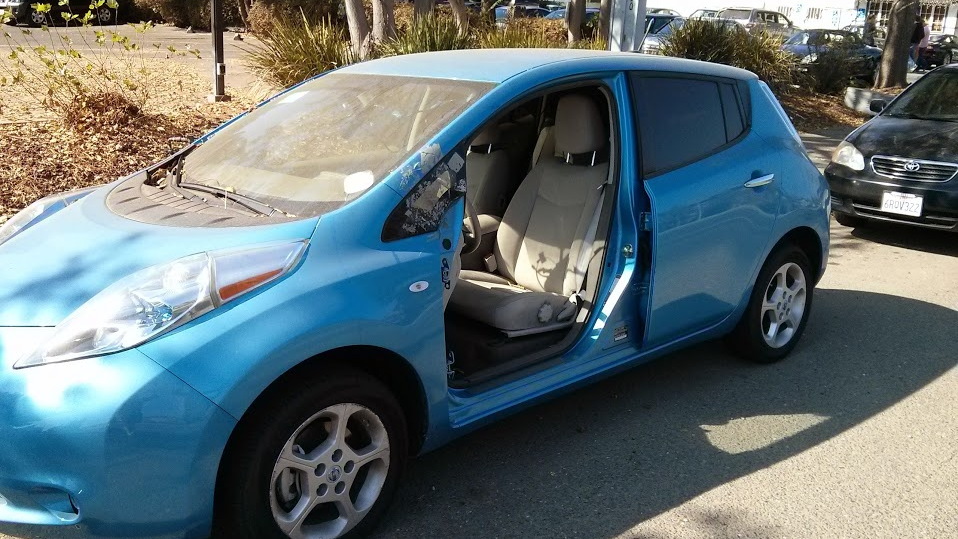 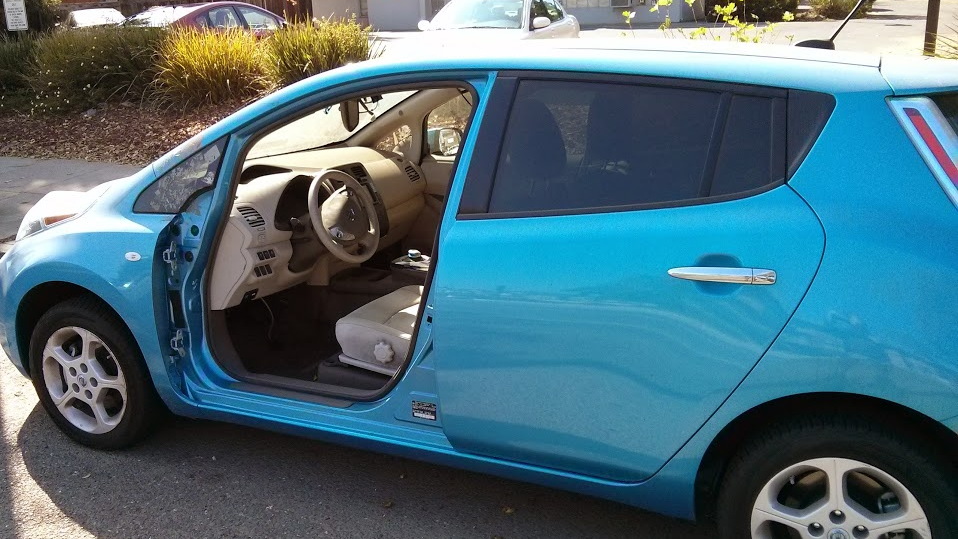 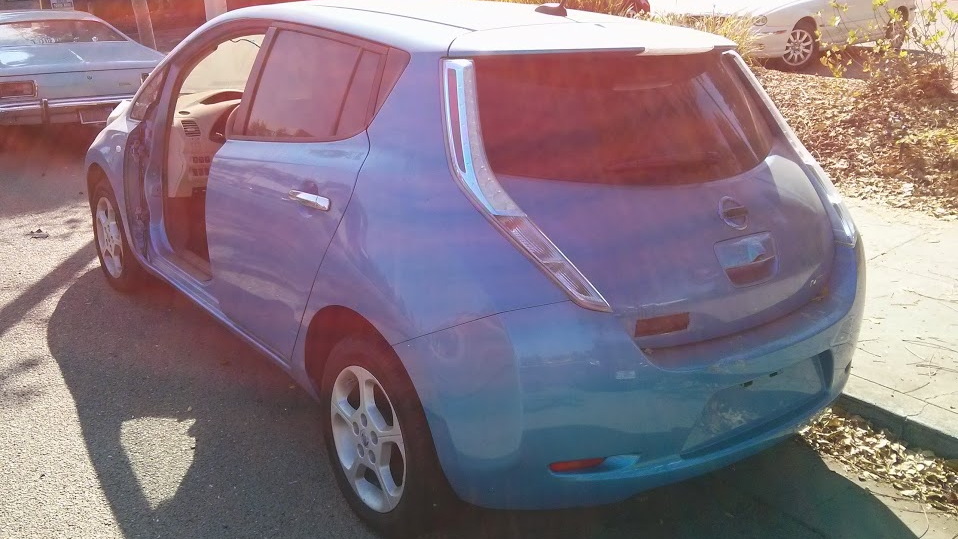 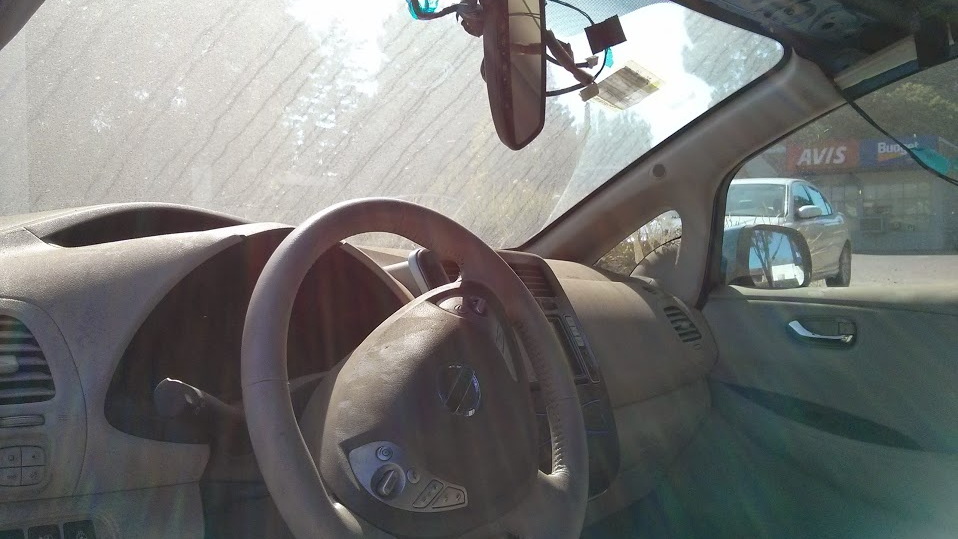 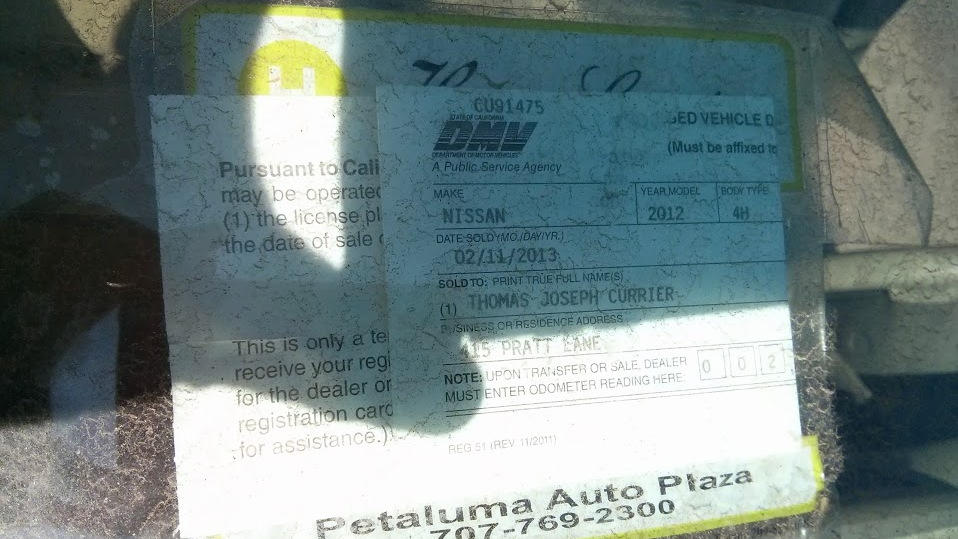 Most people in the U.S. have probably never seen a Nissan Leaf electric car.

But Silicon Valley is different--it's crammed with plug-in electric cars, especially Teslas--and now it's got its own electric-car mystery.

It's easy to spot: It's missing its driver's door.

[UPDATE: Through a combination of crowd-sourcing and private contacts, we tracked down the owner of the hapless Leaf. Tom Currier, a Stanford student who has 'stopped out' to work on a startup company, confirmed that the grimy, doorless Leaf is his.

He writes: "My friends and I had removed all four doors for the summer (thus turning the Leaf into a high-speed golf cart), and then decided to put the doors back on in the fall. The driver-side door still needs some repair (we took it apart out of curiosity), so it hasn't been reattached yet."

And there you have it. Oh, those crazy Stanford students.]

The car is located just south of Charleston Road, where McLaren and Volvo dealerships and a Tesla Store are located.

The car may have been there as long as six months, Wahlman says, certainly more than three months.

He wonders whether this car is the same one that was a familiar site in and around Palo Alto. That one had no doors at all. None.

Wahlman said it seemed to be occupied by one or more college students--perhaps from nearby Stanford University--whenever he saw it.

And, he said, he saw it literally hundreds of times from early 2012 through the start of this year that he saw it on the street.

So in the Silicon Valley spirit of crowdsourcing answers to problems, we're throwing this one out to our readers.

Does anyone know why the doorless Leaf shown in the photos has been sitting on the street for several months?

Is it the same car as the blue Leaf with no doors at all?

What happened to the door(s) and why were they removed in the first place?