You see and hear it all the time, sometimes from people who really ought to know better.

It's the notion that electric cars are going to improve incredibly, amazingly, unimaginably fast ... "because of Moore's Law."

If you see or hear that statement, folks, you should view the entire report with deep skepticism.

Because citing Moore's Law in the context of electric-car progress just isn't relevant.

The major factor that constrains the development of mass-produced, modestly priced electric cars today is the cost of the lithium-ion batteries that store their energy.

Battery costs are expected to fall at about 7 percent a year--which means that by 2020, perhaps sooner, we'll be in some interesting places.

That's great progress. But it's nowhere near the rate specified by Moore's Law. 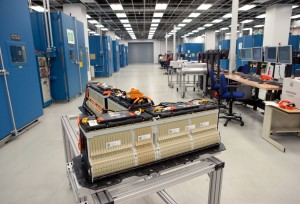 If you recall, that formulation--proposed by Intel cofounder Gordon Moore in 1965--suggests that the number of transistors in an integrated circuit doubles every 18 to 24 months.

And the capabilities of many electronic products rise correspondingly, including the processing power of microprocessors, the memory capacity of storage devices, and the number of pixels in image sensors used for cameras and smartphones.

But battery cost reduction does not follow Moore's law, because the fundamental technology of lithium-ion cells is not based on transistors.

Over the six-year model life of a car, state-of-the-art microprocessors get more powerful by a factor of eight.

Over that same six years, using the 7-percent annual rate, battery costs fall by about 35 percent.

So when you hear someone cite Moore's Law in the context of electric-car batteries ... let that set off your warning sensors.