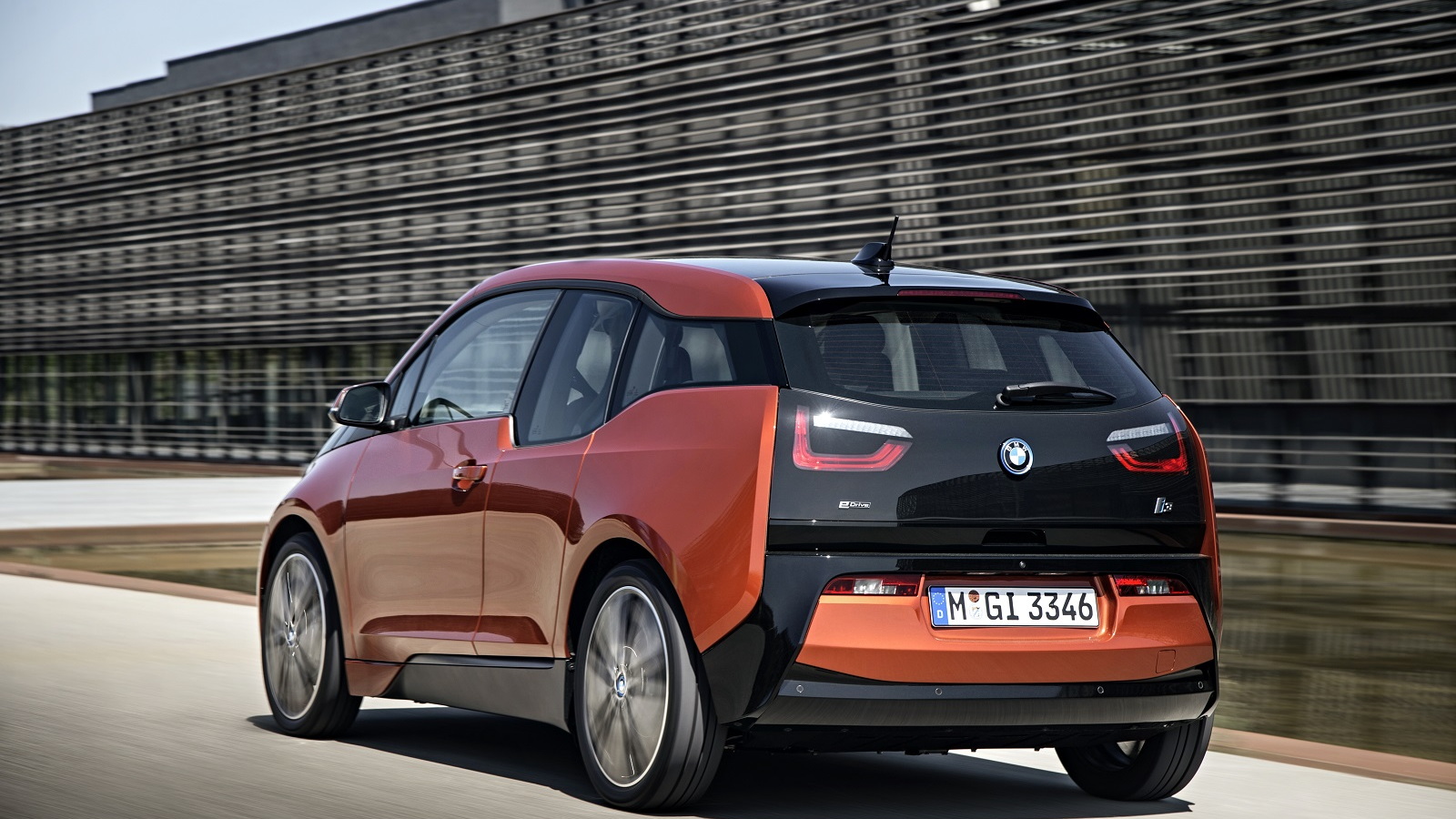 It's a choice that normally means selecting between entirely different cars, but when the 2014 BMW i3 debuts in the U.S. next Spring customers will be able to choose both options in the same car.

The range-extended option marks out the i3 as a competitor for Chevrolet's Volt, but unlike GM's product, the i3 'REx' will require you to make a few compromises on range and performance.

That's because the 650cc maxi scooter-sourced, twin-cylinder gasoline range extender (quite a mouthful, so let's hope you don't have to explain it to people too often) is really a last resort, rather than a genuine aid to longer-distance driving.

BMW seems to have admitted as much by allowing drivers a free loaner whenever they need to tackle a longer distance, but the clues are in the i3 range-extended model's specification too.

It's a portly old thing for a start. Given BMW's efforts with carbon fiber reinforced plastic and aluminum to reduce the i3's weight to 2,700 lbs, some of that is undone by adding the 330 lb range-extending engine.

The weight is right over the rear tires too, which is great for traction on poor surfaces (as any old VW Bug ad would tell you) but less outstanding for the car's front to rear weight balance, near 50-50 on the regular i3.

The extra bulk does nothing for performance or all-electric range, either.

BMW's official statistics give the regular i3 a sprightly 0-62 mph time of 7.2 seconds, but the i3 REx adds a further seven tenths to that sprint. Other acceleration metrics are also slower, while all-electric range drops by 10 percent.

Range-extended owners are unlikely to be affected by this too much of course, since overall range increases by 86 miles once the engine kicks in--but it does highlight the effects of the extra weight.

Other differences between the two are more subtle, but may also contribute to the reduced electric range. The first is air resistance--the REx has a drag coefficient of 0.30 to the standard car's 0.29. The next is rolling resistance, as the REx actually features marginally wider rear tires--175/65 R19, to 155/70 R19. Both use the same 155/70 R19 front tires.

Finally, though not unexpectedly, the REx'll cost ya'--at $45,200, the it's $3,850 more than the battery-only i3. You can add BMW's $925 delivery fee to both of these, and both prices are before applicable federal and state incentives.

BMW still expects as much as 80 percent of i3 buyers to choose the confidence-building range-extender, but those able to get away with the electric-only model will get the more efficient car.