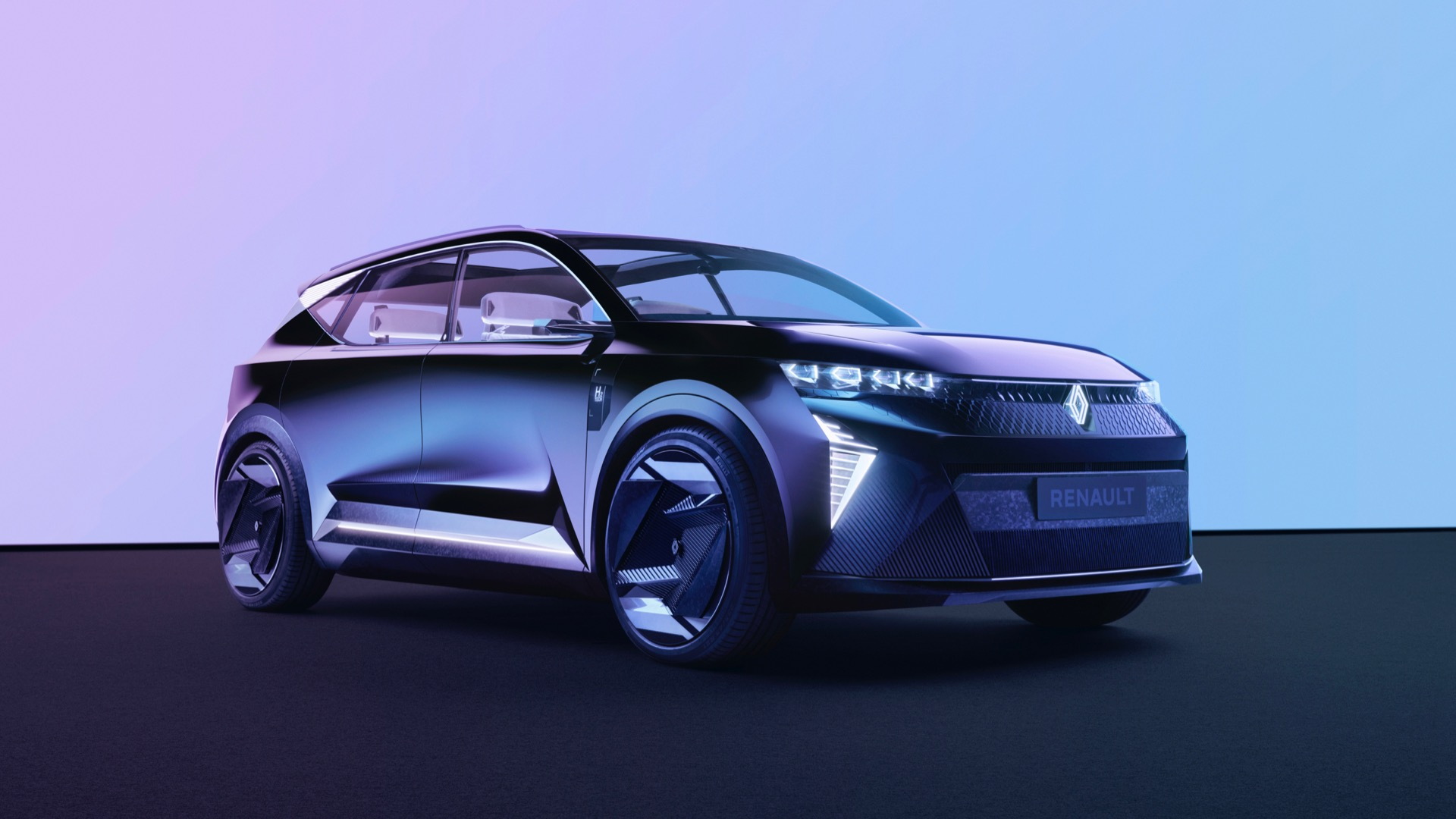 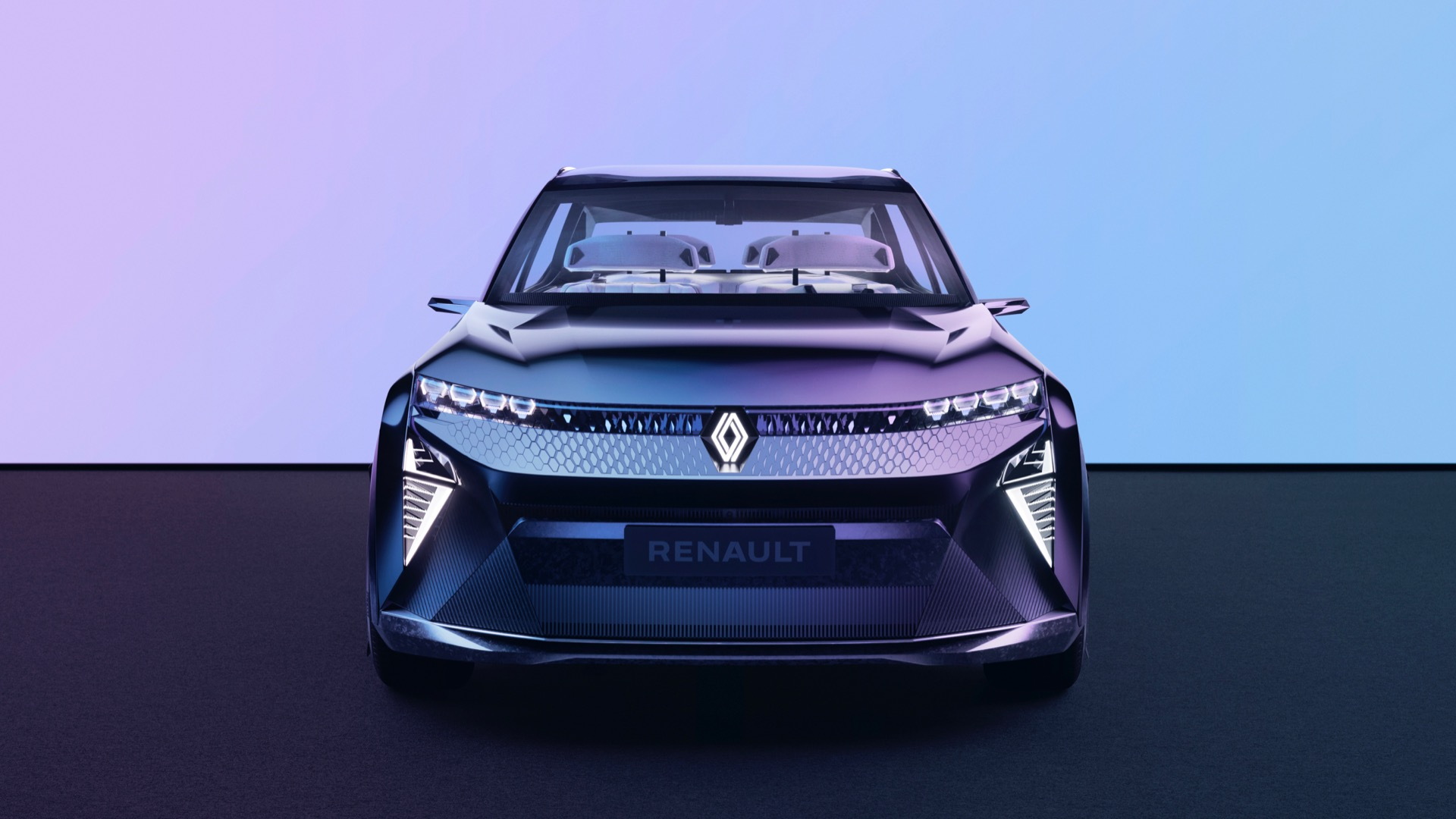 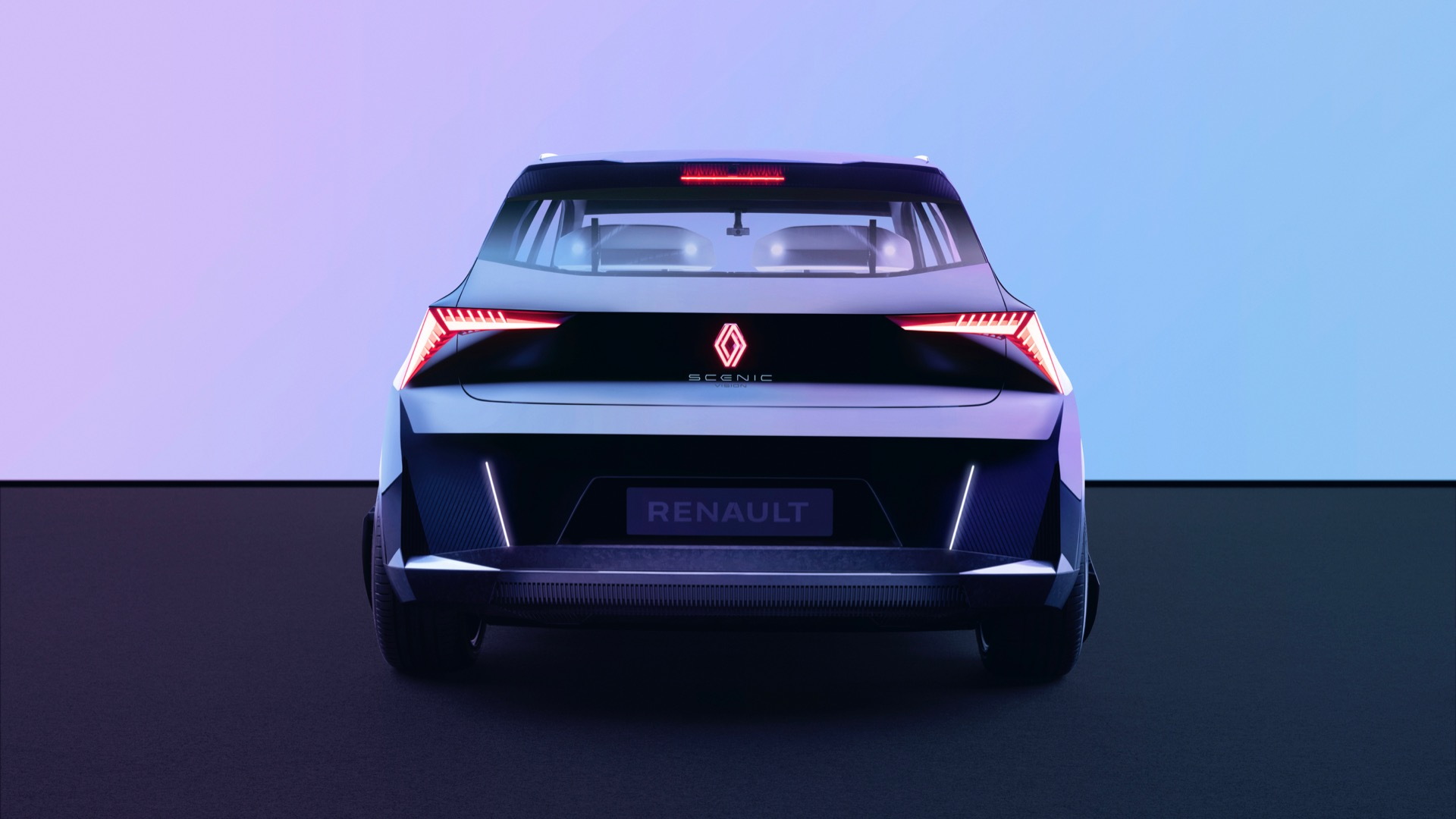 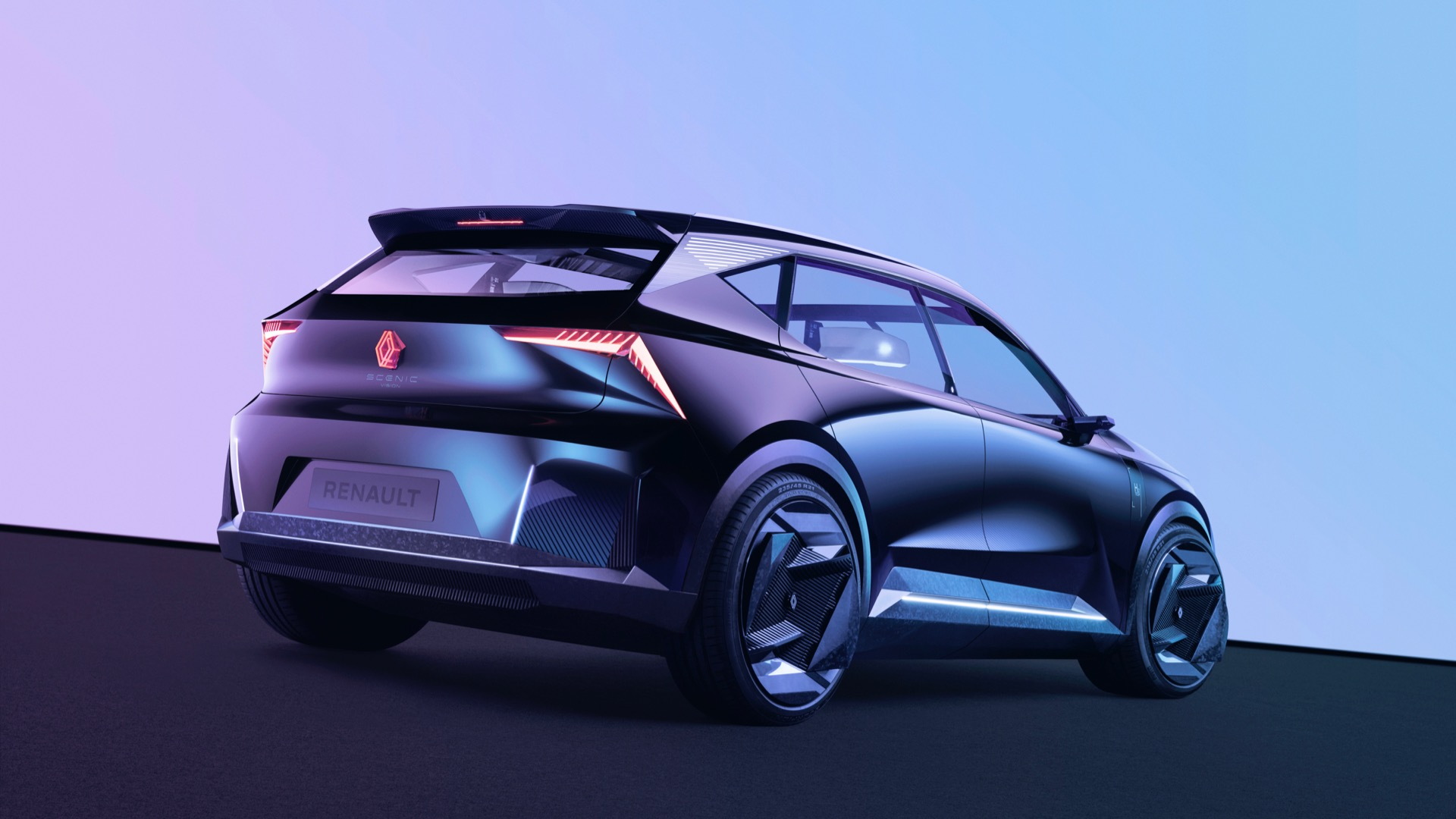 Renault has imagined one of its staple models as an EV with a hydrogen fuel-cell range extender. It previews a production model scheduled to launch in Europe in 2024.

The Renault Scénic Vision concept borrows the name of the European-market Scénic compact minivan that first appeared in the 1990s. But instead of the current production model's internal-combustion engine, the concept has a 160-kw (214-hp) electric motor from the Renault Mégane E-Tech hatchback, another electric version of a popular Euro-market model first seen in concept form two years ago.

The 40-kwh battery pack is also a production item, Renault claims. It will be manufactured at the automaker's ElectriCity factory in Northern France beginning in 2024. Renault kept the pack size down to 40-kwh because the Scénic Vision also has a 16-kw fuel cell. Once a network of hydrogen stations is in place, it will be possible to drive 497 miles on a tank, Renault claims. The automaker sees this as a way to make long trips more convenient.

The Scénic Vision can be used as a conventional EV for daily trips, relying solely on battery power, the automaker claims. On long trips, the quick hydrogen refueling process (about five minutes, Renault reckons) has a clear advantage over even the most powerful DC fast chargers. Assuming Renault's promised network of hydrogen stations materializes, that is.

Renault also emphasized sustainability. The Scénic Vision is 95% recyclable, and that includes the battery pack, according to the automaker. Overall, Renault claims the concept's carbon footprint is 75% less than that of a conventional car.

In the concept, the hydrogen tank is located at the front, the battery pack and fuel cell are under the floor, and the motor is at the rear. Renault said the concept has an "all-new platform," but said the production version will use the CMF-EV platform, as shared with Nissan and Infiniti and used in the upcoming Ariya. The brands aim to have 15 models based on this platform by 2030, and Renault expects to be all-electric by that time.

In Europe, Renault's EV strategy will focus on affordability, as well as retro styling. Among the automaker's planned EVs is a modern interpretation of the Renault 5, a humble economy car that became a hot hatch legend among car enthusiasts.