Light weight helps too, and a small engine that sips as little gas as possible. The best example of modern times would be the first-generation Honda Insight--under 2,000 lbs at the curb, a tiny 1.0-liter 3-cylinder engine, a 0.25 coefficient of drag, and a small frontal area.

These ideas are nothing new, of course, and to prove it, we've found a rather special record vehicle from 1981.

Based on the Citroen 2CV--to France what the Beetle was to Germany and the Mini to England--it swaps the flimsy steel bodywork of the regular production car for an incredibly sleek, aerodynamic shell. This was probably easier than it sounds, as like the Volkswagen Beetle, the 2CV used a separate chassis to which the body was bolted. 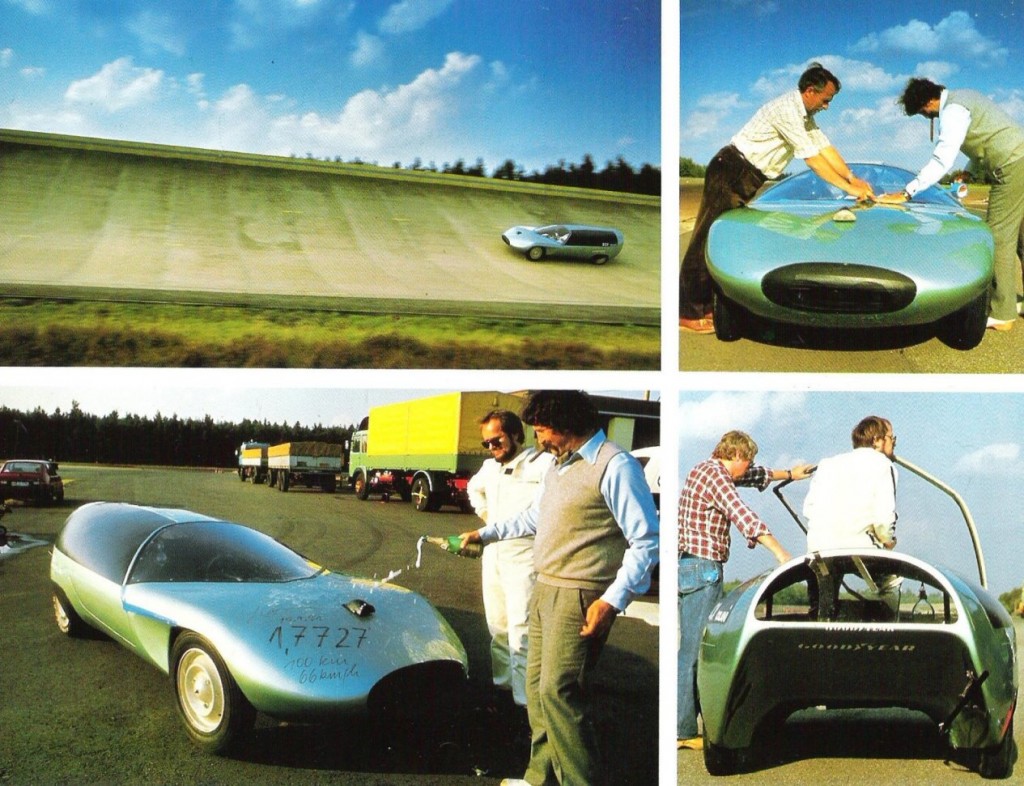 No coefficient of drag data is available, but the net result of the streamlined body was a world economy record back in 1981--1.7 liters of gas per 100 kilometers. In real money, that's an incredible 138 miles per gallon.

And while the shape couldn't really be considered practical for road use, it's illustrative of just how important good aerodynamics are to fuel efficiency.