Tomorrow at 5 pm Eastern, Tesla will hold what may be its most eagerly awaited conference call to date.

The Silicon Valley startup automaker will discuss its first-quarter financial results--which will give the first clue to its financial viability as an operating automaker.

But Tesla Motors [NSDQ:TSLA] will have raked in revenue not only from selling electric cars, but also by selling those cars' zero-emission vehicle credits to other automakers.

Now, as the Los Angeles Times reports, we learn that one analyst estimates Tesla could take in as much as $35,000 more from each Model S by selling its ZEV credits.

This is hardly new; the company has been doing so at least since 2009, when it sold ZEV credits to Honda and one other unnamed automaker.

Thilo Koslowski, an auto-industry analyst at Gartner Group, told the LA Times that the company might take in as much as $250 million this year from selling the credits.

How much per car?

Nonetheless, as the article notes, Tesla's ability to garner additional revenue beyond the sales price of its cars "highlights just how far California regulators have gone to promote the electric car."

More properly, that should be "promote zero-emission vehicles," since hydrogen fuel-cell vehicles also qualify for the same credits.

California's ZEV sales requirement has produced the phenomenon of so-called compliance cars, which will be built and sold by five automakers in just enough volume to keep themselves within the law and avoid fines.

On balance, most of them are quite good electric cars.

And they give those companies experience with developing all-electric vehicles that they'll need in the latter half of this decade, as carmakers must start to sell higher volumes of plug-in cars to meet increasingly stringent national fuel efficiency standards. 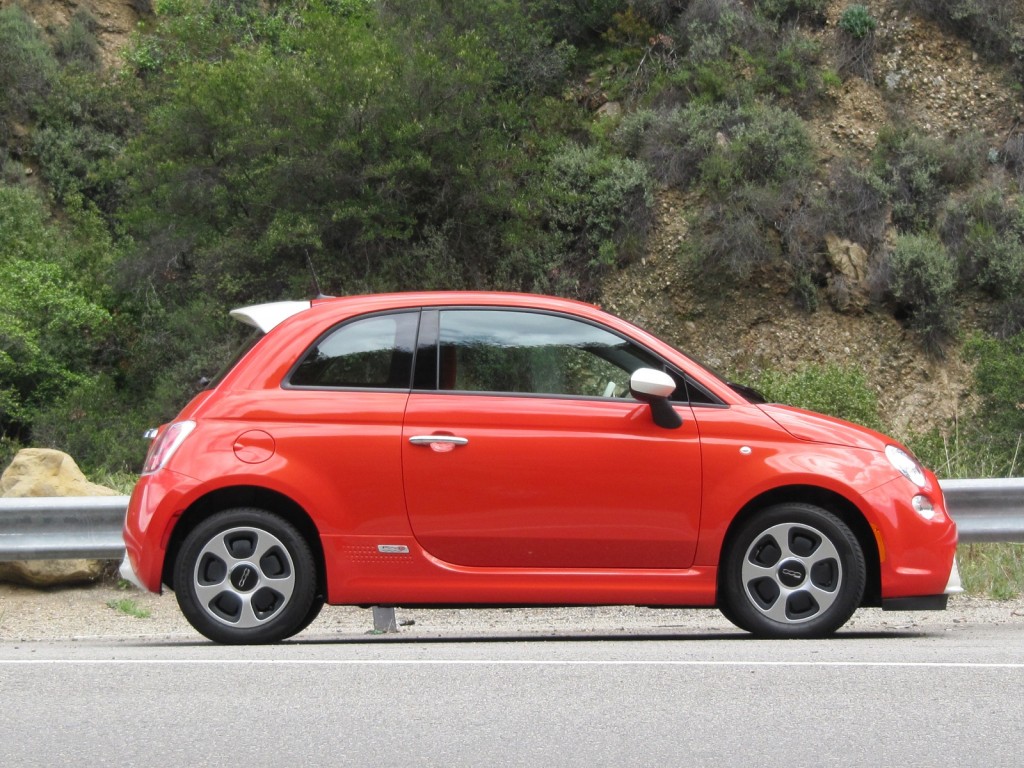 But to the degree that it's cheaper for an automaker to buy ZEV credits from Tesla than to sell more of its own electric cars at a loss, they may well do so as a matter of financial expediency.

Chrysler-Fiat CEO Sergio Marchionne, for instance, has famously and repeatedly griped that his company will lose $10,000 on every electric Fiat 500 it must sell in the state.

His vehicle engineers, meanwhile, are remarkably proud of the 2013 Fiat 500e--which we found to be surprising good--and its marketers speak vaguely of plans to roll it out beyond California.

Tomorrow evening, financial analysts will be poring over Tesla's financials to tease out information on how much money the company really makes on its core business: building and selling electric cars.

Years from now, we may be able to look back and decide whether that incremental revenue was crucial to Tesla's fate (whatever it turns out to be) and its first-quarter profit.

Over the long term, analysts expect the value of ZEV credits to vary, but say it will likely fall over the long term as the cost of building plug-in electric cars continues to fall.

But let's be clear about one thing.

Over the long term, if Tesla Motors can't design, develop, build, and sell electric cars in sufficient volumes to make enough profit to fund its future operations, then all the ZEV credits in the world are irrelevant.

Which isn't to say, mind you, that they don't look very attractive to Tesla's CFO on the eve of its first quarter operating as a profitable automaker.