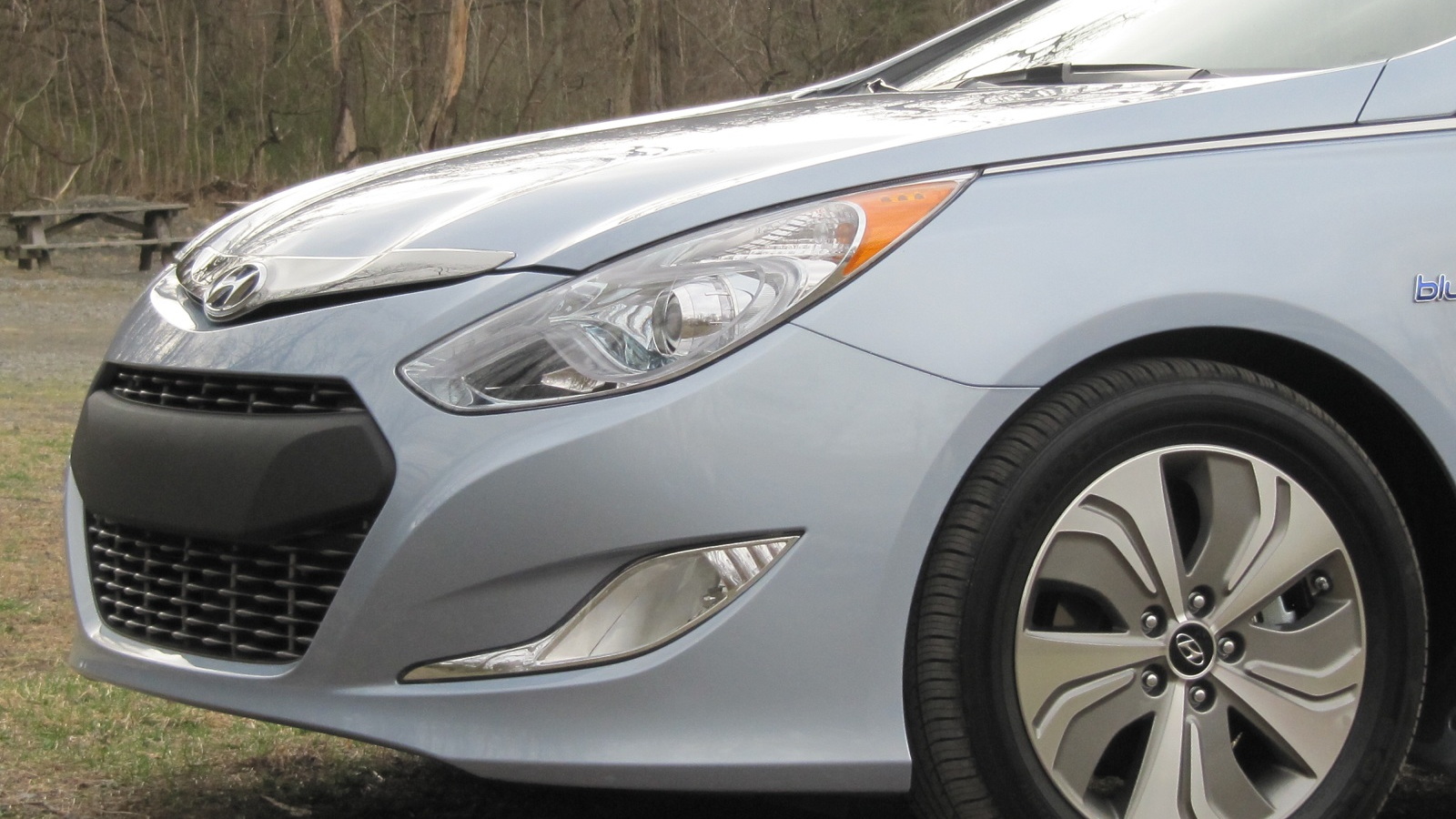 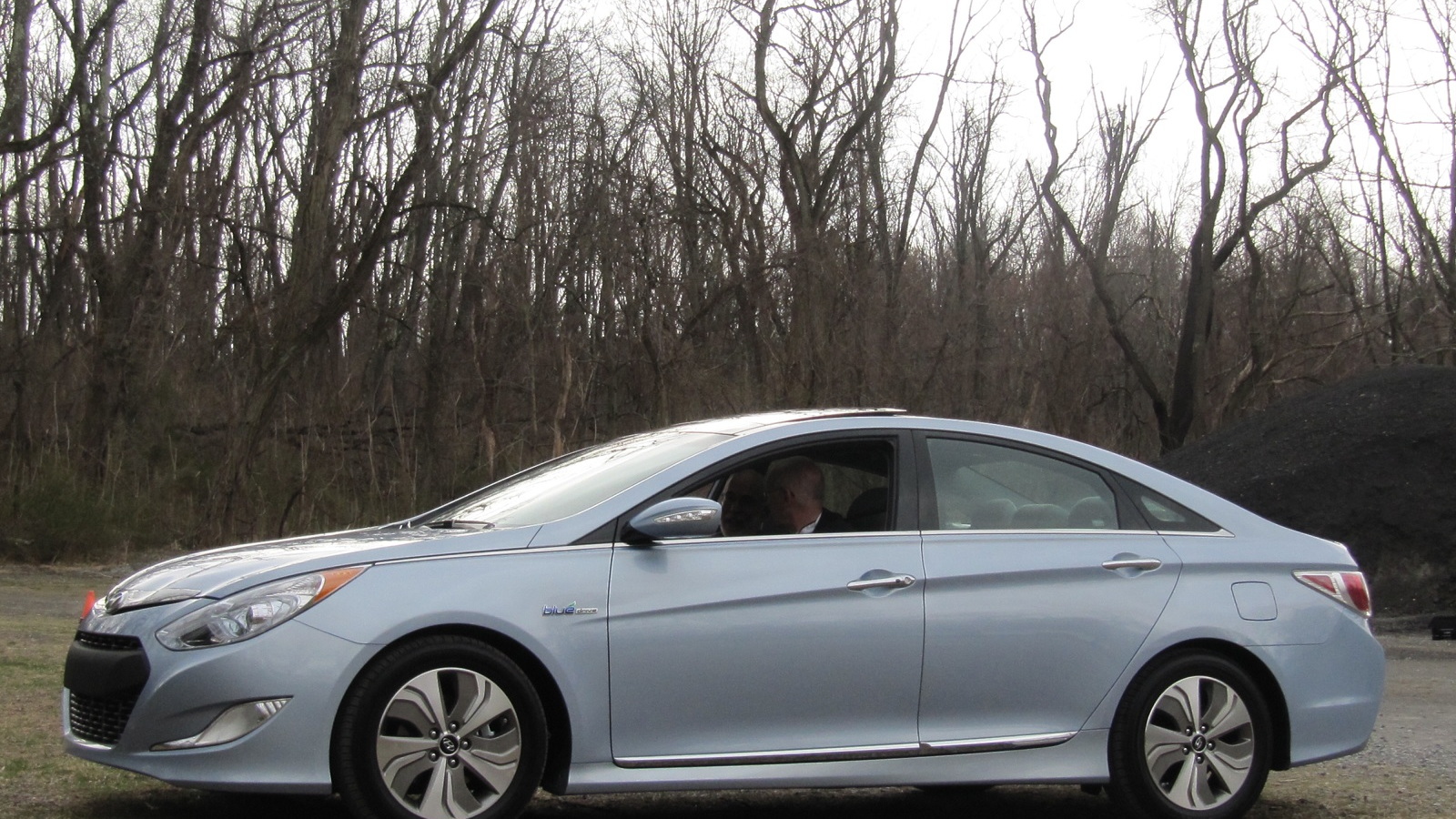 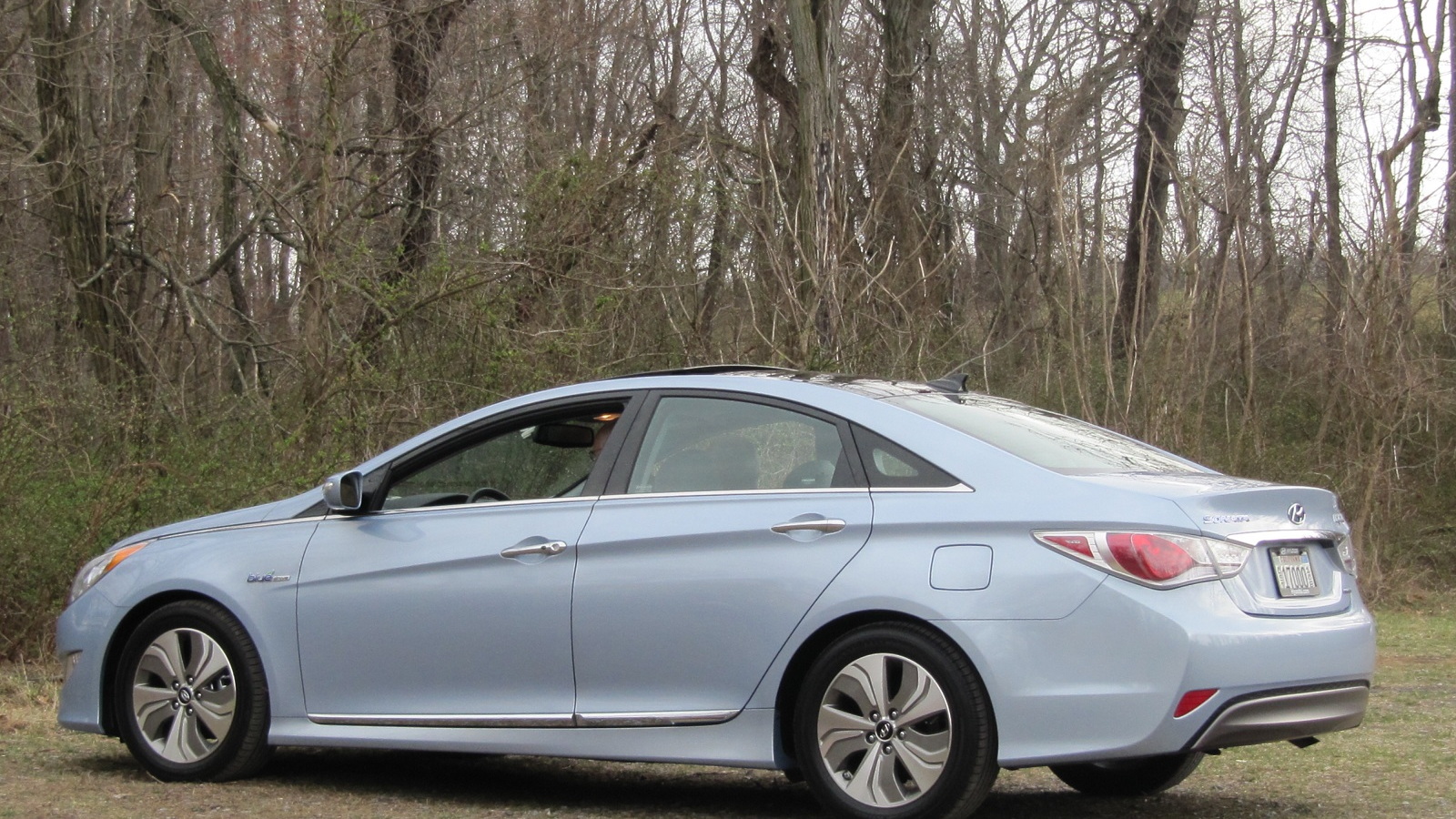 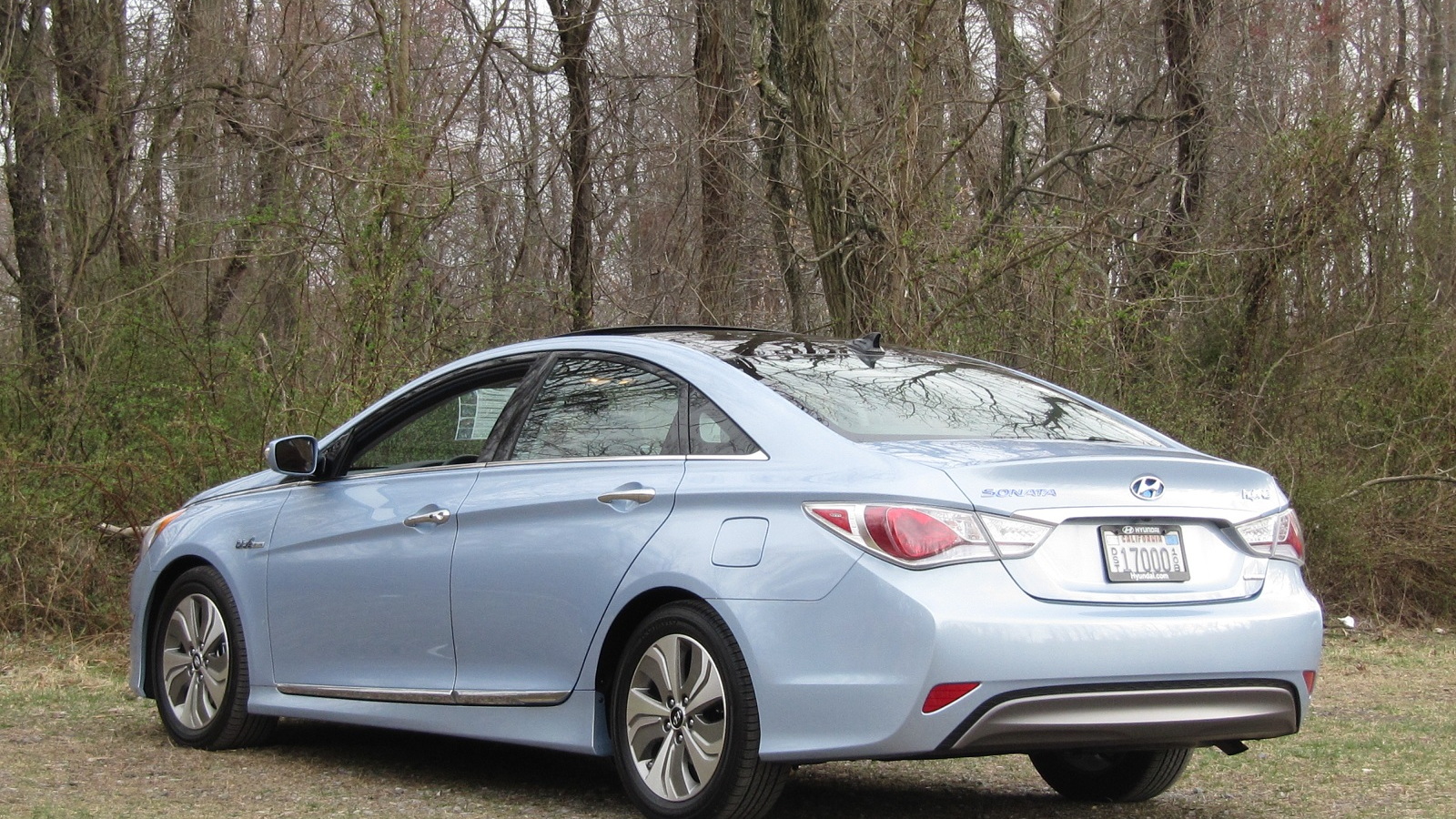 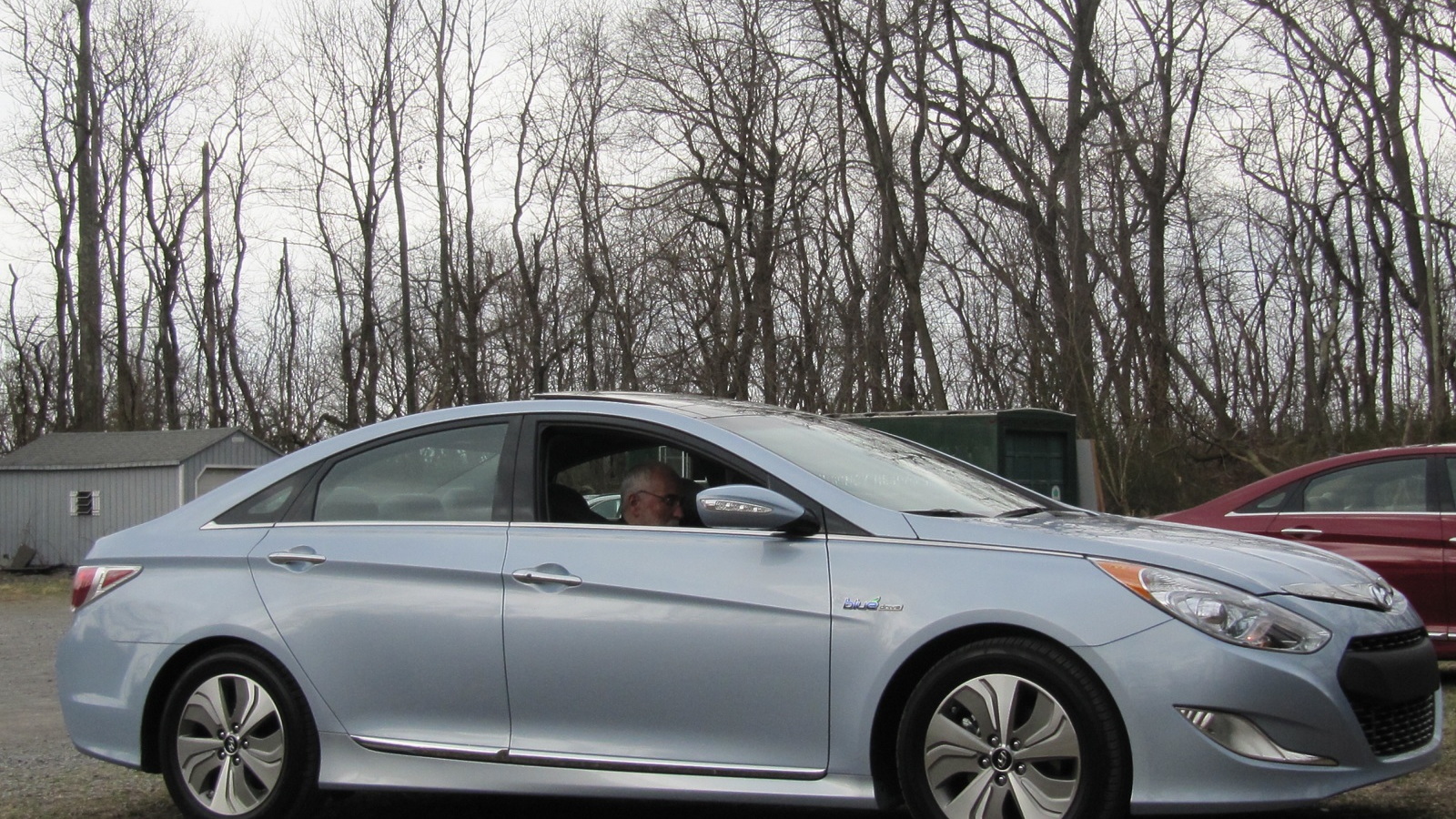 When we first drove the Hyundai Sonata Hybrid in the fall of 2010, it was a pre-production car and--frankly--it wasn't very smooth.

The 2011 Sonata Hybrid production car was better, but far from the standards of the best hybrids.

Now the Korean carmaker has taken another crack at the car, with numerous updates and modifications to the 2013 Hyundai Sonata Hybrid.

And after a 60-mile drive out of New York City and up into the rolling hills of tony Westchester County, we can report that the first hybrid from the aggressive Asian carmaker is definitely a better car.

Its drivetrain is smoother, the transitions among power modes are less discernible, and overall it's closer to the leaders among mid-size hybrid sedans: the Toyota Camry Hybrid and Ford Fusion Hybrid.

Unlike the hybrid Camry and Fusion, as well as the upcoming 2014 Honda Accord Hybrid, the 2013 Sonata Hybrid uses just a single electric motor-generator.

Its power has been boosted--to a peak output of 35 kilowatts (47 horsepower) from 30 kW (40 hp)--but the layout remains the same: the motor-generator sits between a 2.4-liter four-cylinder engine and a modified version of Hyundai's six-speed automatic transmission.

This gives the Sonata Hybrid the slighly unusual driving characteristic of shifting gears, even if it's running only on the electric motor.

It doesn't happen often, but we experienced it a couple of times during our drive. Perhaps we've driven too many cars with electric propulsion (if there is such a thing), but it feels odd to have an electric car shift gears.

In any case, Hyundai says that the updates to the 2013 Sonata Hybrid include:

The 2013 Hyundai Sonata Hybrid is rated by the EPA at 38 mpg combined for the standard model and 37 mpg for the Hybrid Limited model.

That compares to a 36-mpg combined rating for the 2011 and 2012 models after the EPA figures for several Hyundai and Kia models of those model years were adjusted downward, to compensate for what were termed errors in testing procedures on the part of the carmaker.

After its contretemps with the EPA, Hyundai seems quite confident in its fuel-efficiency figures for the 2013 Sonata Hybrid.

That may be a sly dig at the 2013 Ford Fusion Hybrid, which in real-world use rarely comes close to its 47-mpg EPA rating.

And how did we do on mileage?

Over almost 60 miles of driving, we achieved 34.2 mpg on the first leg--which rose a few hundred feet in elevation up to the halfway point--and 36.5 mpg on the way back.

Another driver in an identical car achieved 33.9 mpg over the first leg, though his hypermiling cohort achieved well over 40 mpg on the return route.

Those numbers fall well within the 10- to 15-percent margin we usually allow for real-world gas mileage versus EPA efficiency ratings.

And the car was definitely smoother to drive than the previous generations.

It spent a great deal of time in electric mode under light load at speeds of 40 to 70 mph, because Hyundai has tuned it that way--based on data showing average U.S. drivers spending a slightly majority of their driving miles at highway speeds.

The handoffs among the engine and the electric motor were far smother--we only noticed them a couple of times--and the only oddity was the transmission shifts in electric mode, as noted above.

This is still a heavy car that's hardly lithe on the roads, but the electric power steering is adequate and the ride is comfortable.

Unlike some other makes, Hyundai doesn't report hybrid sales month by month.

But Hyundai U.S. CEO John Krafcik told Ward's Auto that during 2012, the company sold a total of 18,030 Sonata Hybrids--or about the same number of Prius models Toyota sells each month.

We suspect the new car, which is less unpleasant to drive, could well improve on that number as more U.S. buyers become aware that Hyundai offers a mid-size hybrid sedan.

The highest trim level is the Sonata Hybrid Limited with the Panoramic Sunroof Package, which adds a glass sunroof that tilts and slides. It starts at $32,345.

Hyundai continues to offer a Lifetime Battery Warranty on the Sonata Hybrid, a program pioneered for the 2012 model year.