Media days at the New York International Auto Show start a week from today, and there's a big slate of green cars coming this year.

This year's show will offer everything from vehicles heading into production that you'll find in showrooms in a few months to concepts that have little chance of being built in their current form.

In addition to the cars below, we suspect we may also see one or more of the following vehicles show up at the New York event:

As we learn more about those, and any other cars we haven't included as yet, we'll add them to our list.

Meanwhile, here are the cars we know will be revealed at next week's New York Auto Show. 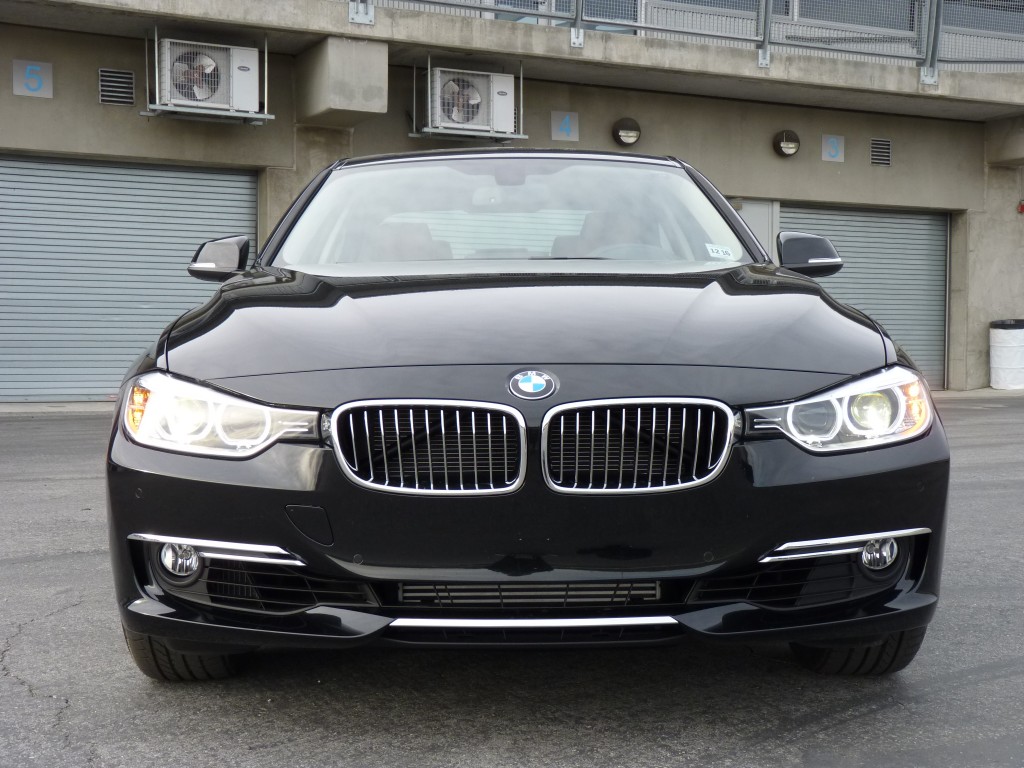 BMW, along with Audi and Mercedes-Benz, is making a renewed push into clean diesel powerplants for its luxury vehicles. While they're more expensive than gasoline engines of equivalent power, they deliver some truly impressive fuel-efficiency numbers--especially in highway usage.

The last generation of BMW 3-Series offered with a diesel used a straight six, but now BMW is fitting its 2.0-liter turbodiesel engine, which puts out 180 horsepower and 280 lb-ft of torque.

Combined with a new eight-speed automatic transmission--yes, twice as many gears as cylinders--it delivers 0-to-60-mph acceleration of 7.2 seconds.

More importantly, BMW says it'll be rated at highway fuel economy of more than 40 mpg. And rumor has it the BMW 3-Series wagon will get the diesel as well, offering the first competition to the Volkswagen Jetta TDI SportWagen. 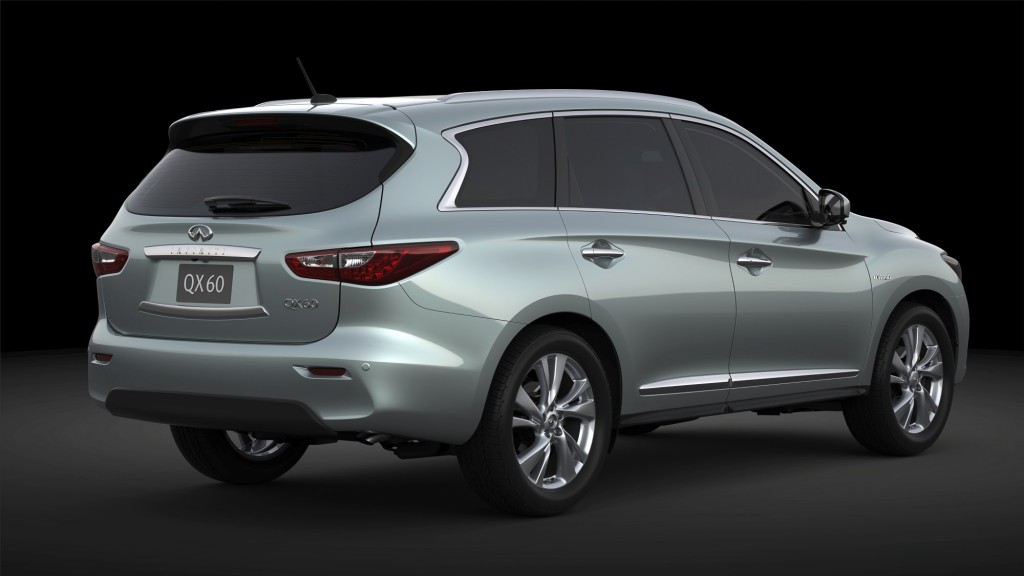 If you hadn't been aware, Infiniti has renamed all its models--giving them names beginning with the letter Q. (Don't get us started.)

The QX60 for 2014 is last year's JX seven-seat luxury crossover, and the hybrid version replaces its 3.5-liter V-6 with a supercharged 2.5-liter four mated to a 25-kilowatt (34-hp) electric motor and Nissan's continuously varible transmission. Total combined power is 250 hp.

We drove a prototype JX Hybrid in Japan last fall, and question whether its on-the-road behavior will compare well to the Lexus RX 450h hybrid crossover it competes against. The hybrid JX used its electric motor largely for supplemental power, with virtually no electric-only acceleration.

Infiniti expects a 25-percent improvement in EPA gas-mileage ratings, so we'll see at the show exactly how beneficial the hybrid system is to the large crossover's fuel efficiency. 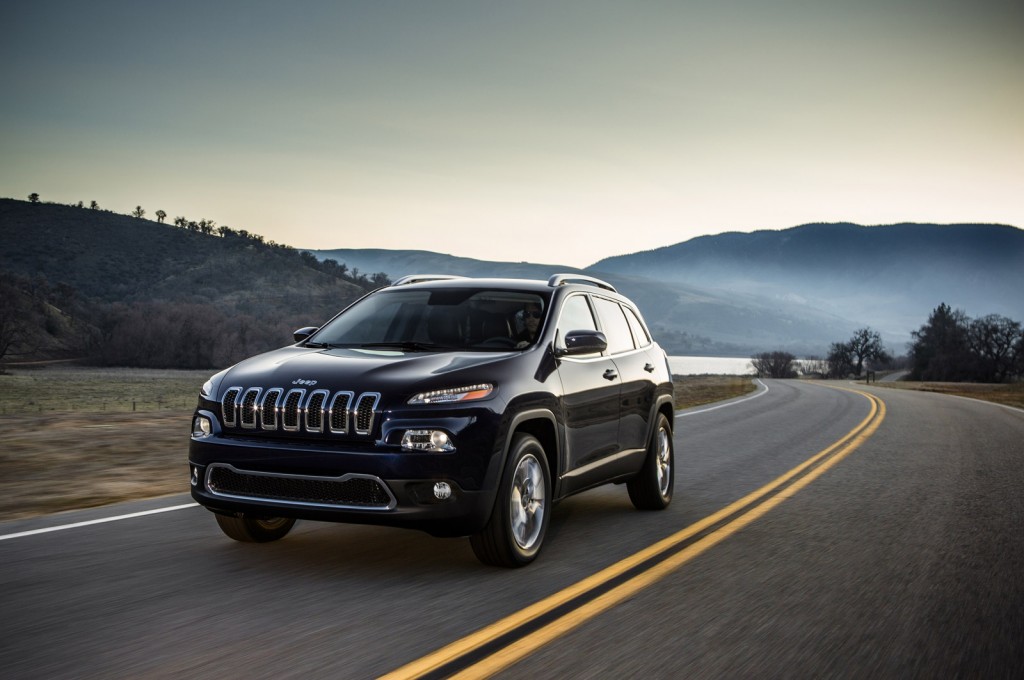 This new mid-size crossover utility vehicle is a radical departure from the well-loved Cherokee sold from 1985 through 2001.

That vehicle was clearly based on a truck; the new 2014 Cherokee, which replaces the old Jeep Liberty, is based on an all-wheel drive version of the same Fiat-based underpinnings used for the Dodge Dart compact sedan.

Engines will likely include a 2.4-liter four and a 3.2-liter V-6, with a variety of transmissions and at least one all-wheel drive system that's Trail Rated. Chrysler released a video showing the Cherokee off-road yesterday, to underscore its tough Jeep credentials.

The goal, of course, is not only refinement and on-road capability, but far superior fuel efficiency. Chrysler says the 2014 Jeep Cherokee will get up to 45 percent better fuel efficiency ratings than the Liberty it replaces. 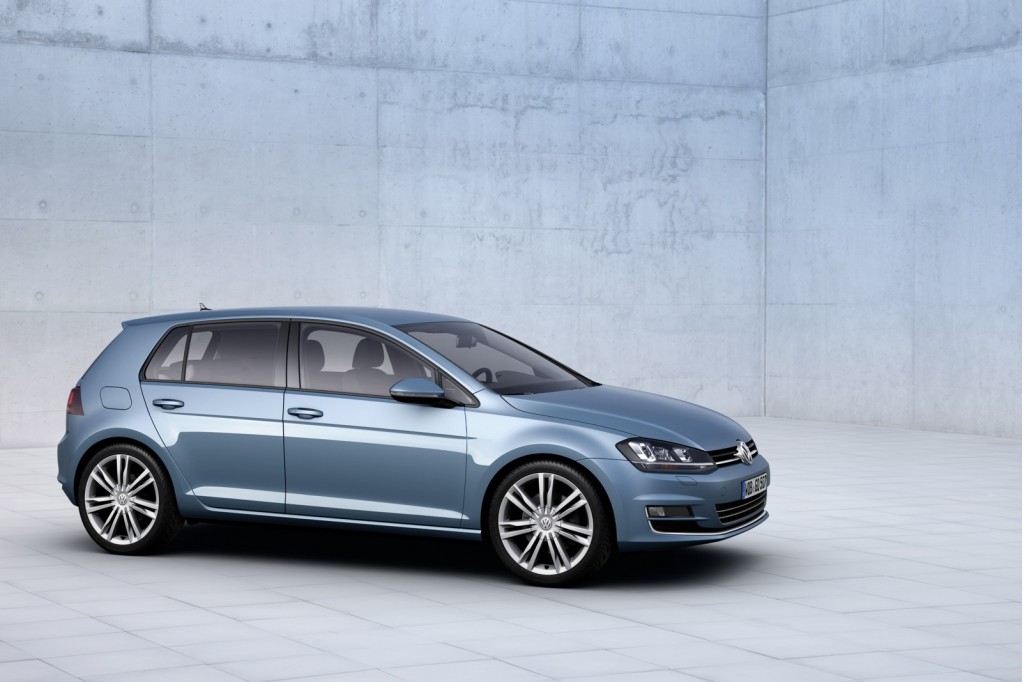 We won't see it until sometime in the first half of 2014, but Volkswagen is showing a U.S. version of its lighter, more spacious, and more fuel-efficient seventh-generation Golf hatchback at this year's New York Auto Show.

The latest Golf (along with the sporty GTI model) is already on sale in Germany, with a wide array of diesel and gasoline engines and various transmissions.

But the U.S. version will be built in Puebla, Mexico, alongside the Jetta sedan that's already built there--the two cars have historically shared underpinnings--and that line needs to be brought up to speed and quality standards before the cars can be put on sale.

The 2015 Volkswagen Golf TDI will get an all-new EA288 turbodiesel to replace the aging 140-hp, 2.0-liter four-cylinder used in today's Golf TDI models.

That engine will be fitted with the diesel-exhaust fluid system that injects urea, to pass U.S. emissions standards with a greater margin of comfort than today's Golf with its older TDI turbodiesel engine. 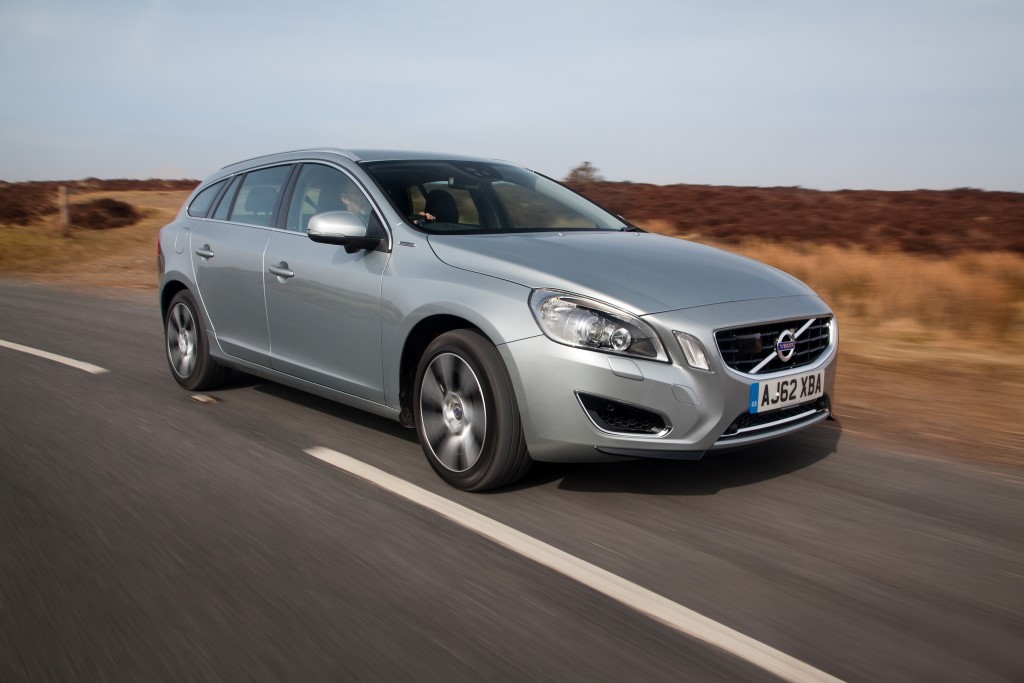 This one's tricky, since it's a production car in Europe, even though we won't see it here in the United States.

The V60 Plug-In Hybrid, which started production earlier this year, pairs a standard Volvo diesel powertrain at the front with an electric motor on the rear axle, powered by a lithium-ion battery pack.

That makes it what we call a "through-the-road hybrid," rather than the more familiar type of hybrid that uses both an engine and one or more electric motors combined into a single powertrain.

That wagon is rumored to be coming to the U.S. after dealers complained that Volvo was no longer selling traditional wagons, for which it was renowned, but only crossovers.

U.S. buyers are more likely to get a gasoline-engined version, and the vehicle will be the next generation of Volvo XC60 crossover utility vehicle. The company showed an XC60 Plug-In Hybrid prototype at last year's Detroit Auto Show. 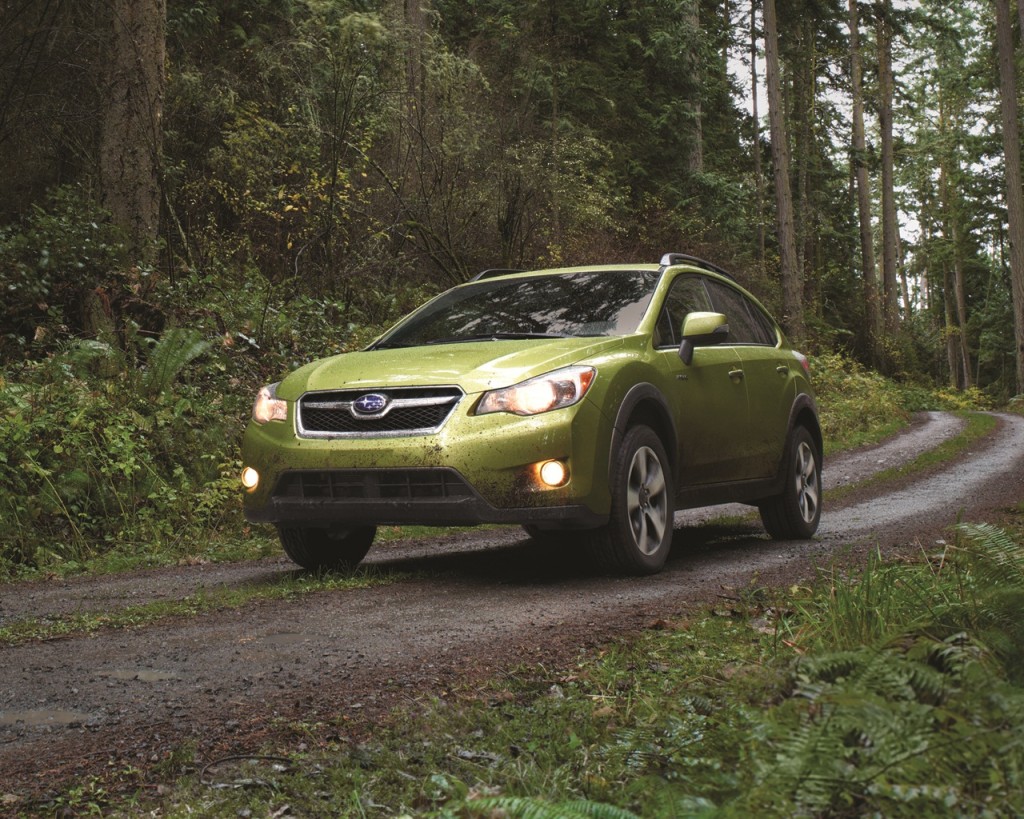 One of the brands whose audience is most likely to buy hybrids, Subaru is finally coming out with their first production hybrid vehicle, a version of their new XV Crosstrek compact crossover all-wheel drive hatchback.

Its mild hybrid system uses the standard 2.0-liter flat-four engine and the LinearTronic continuously variable transmission (CVT), with a thin electric motor in between them.

No figures yet on fuel efficiency, but we know that the system offers only a small amount of all-electric running at very low speeds. We'll learn more when the car is introduced.

Thus far, we haven't heard of any concepts that make the cut as "green," although we'll be sure to fill you in on any that crop up as we get closer to the event.

And in a way, we think that's a good thing. It means there are more actual production cars being shown that will give you additional green options to buy over the next year.

For all our coverage of green cars and concepts, before and during the New York show, be sure to bookmark our dedicated New York Auto Show page.