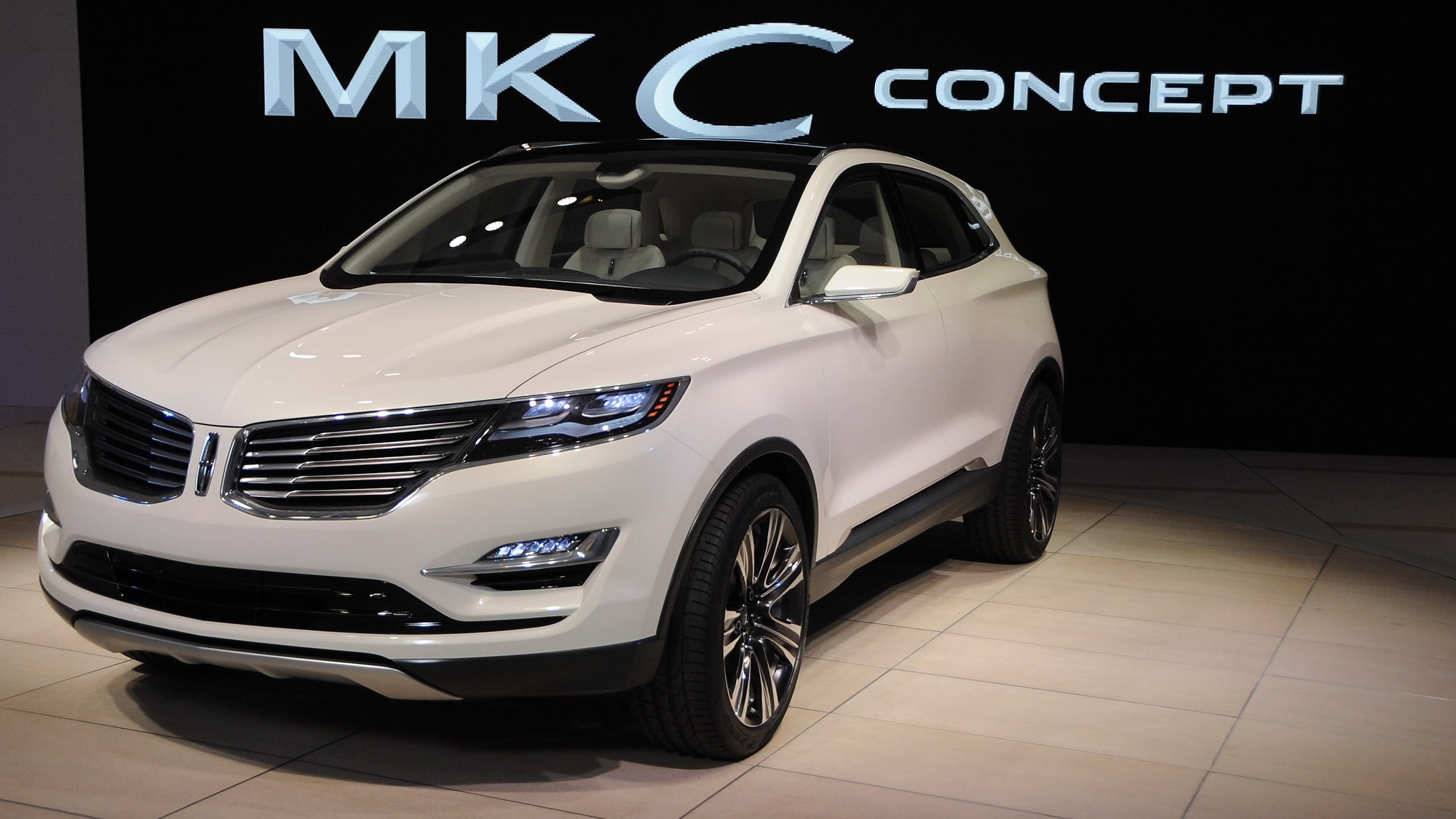 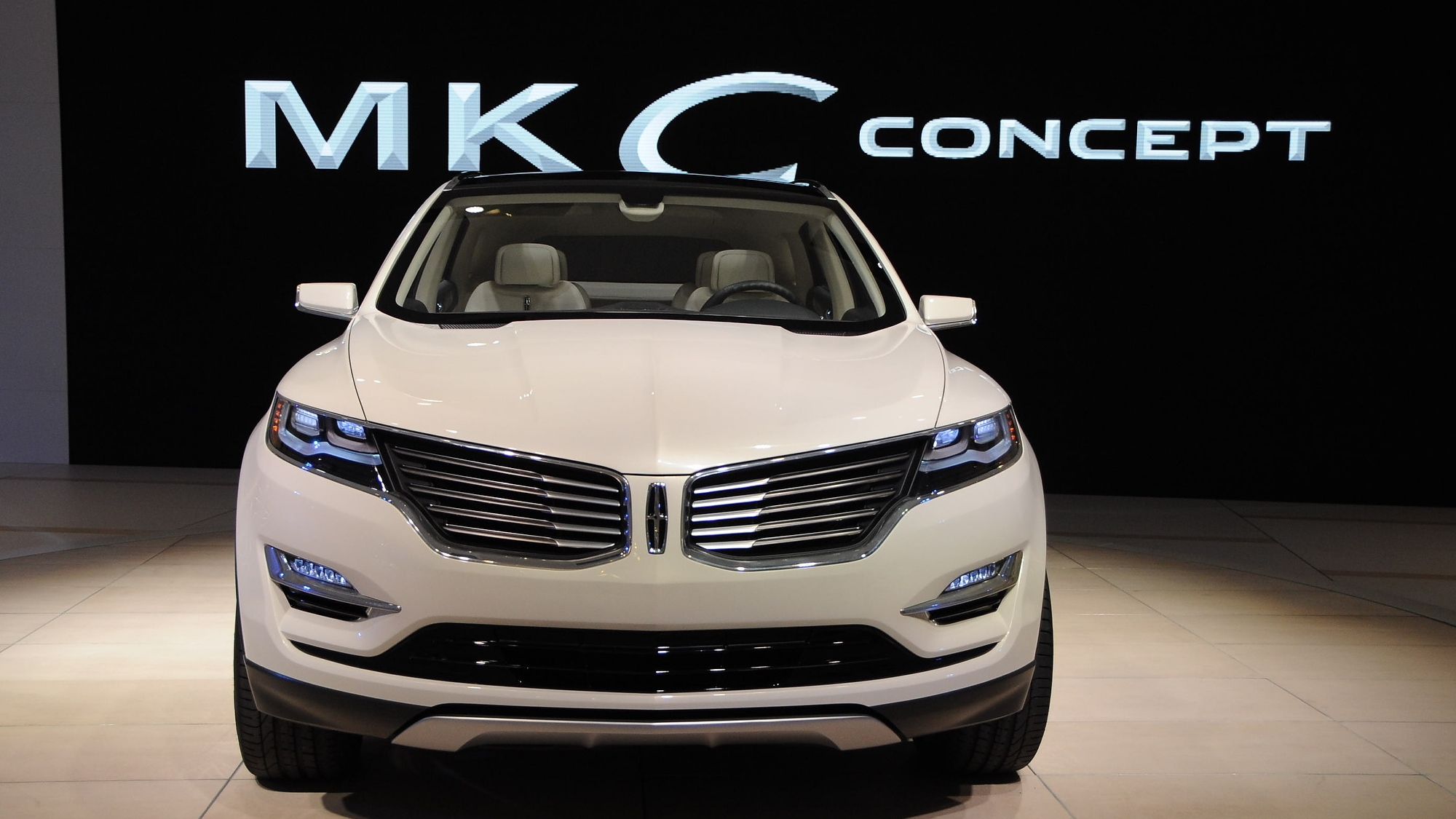 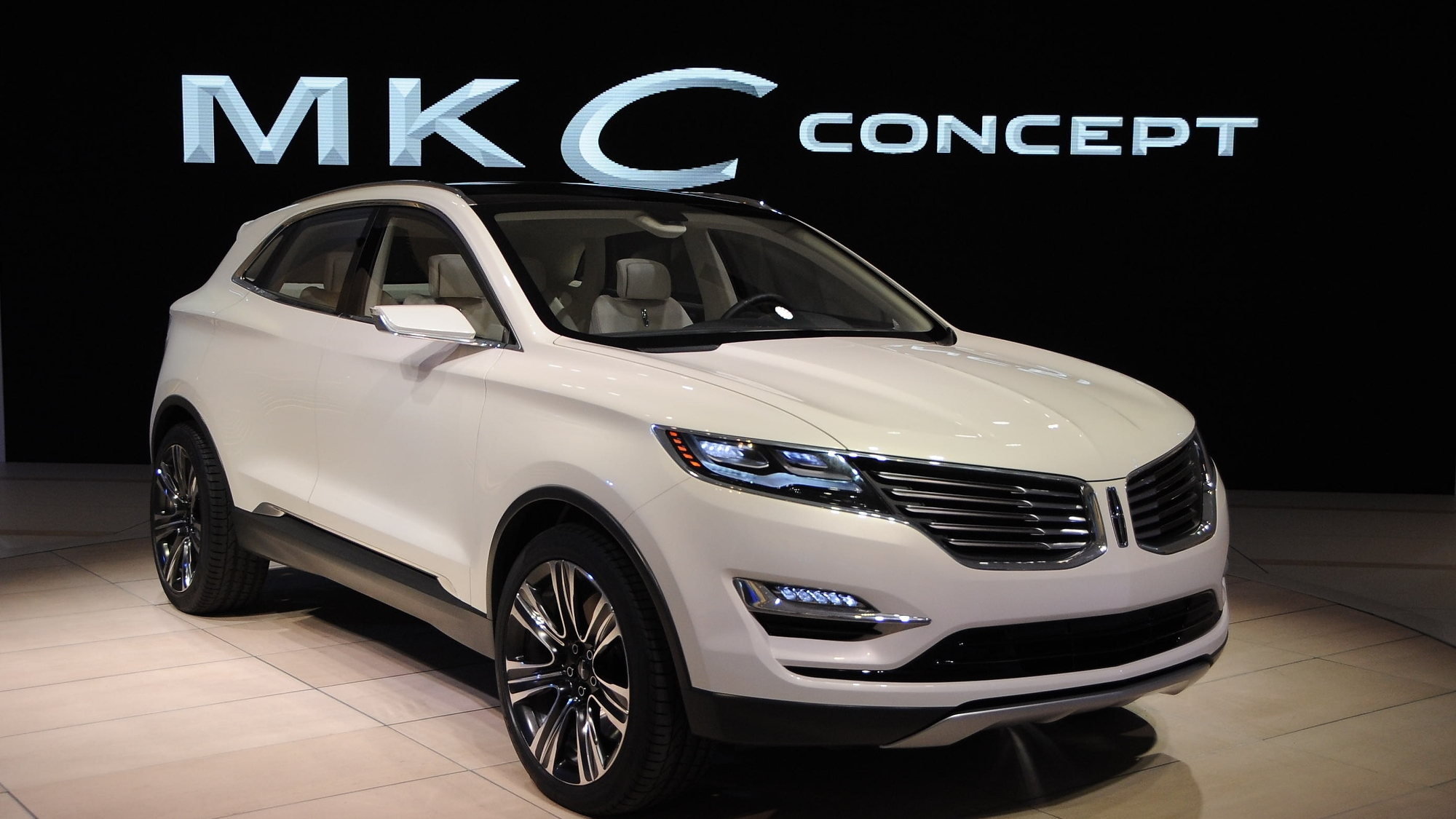 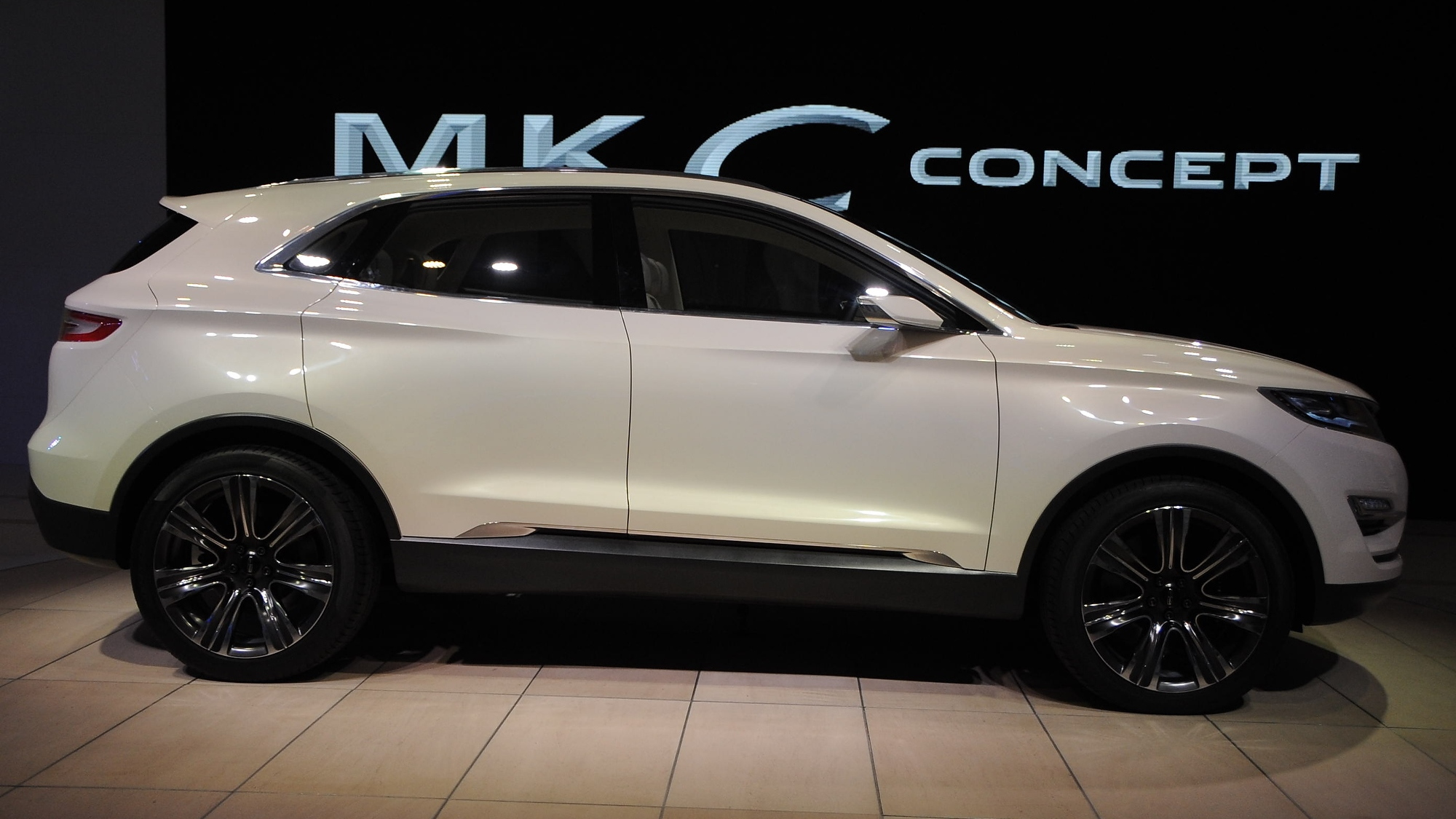 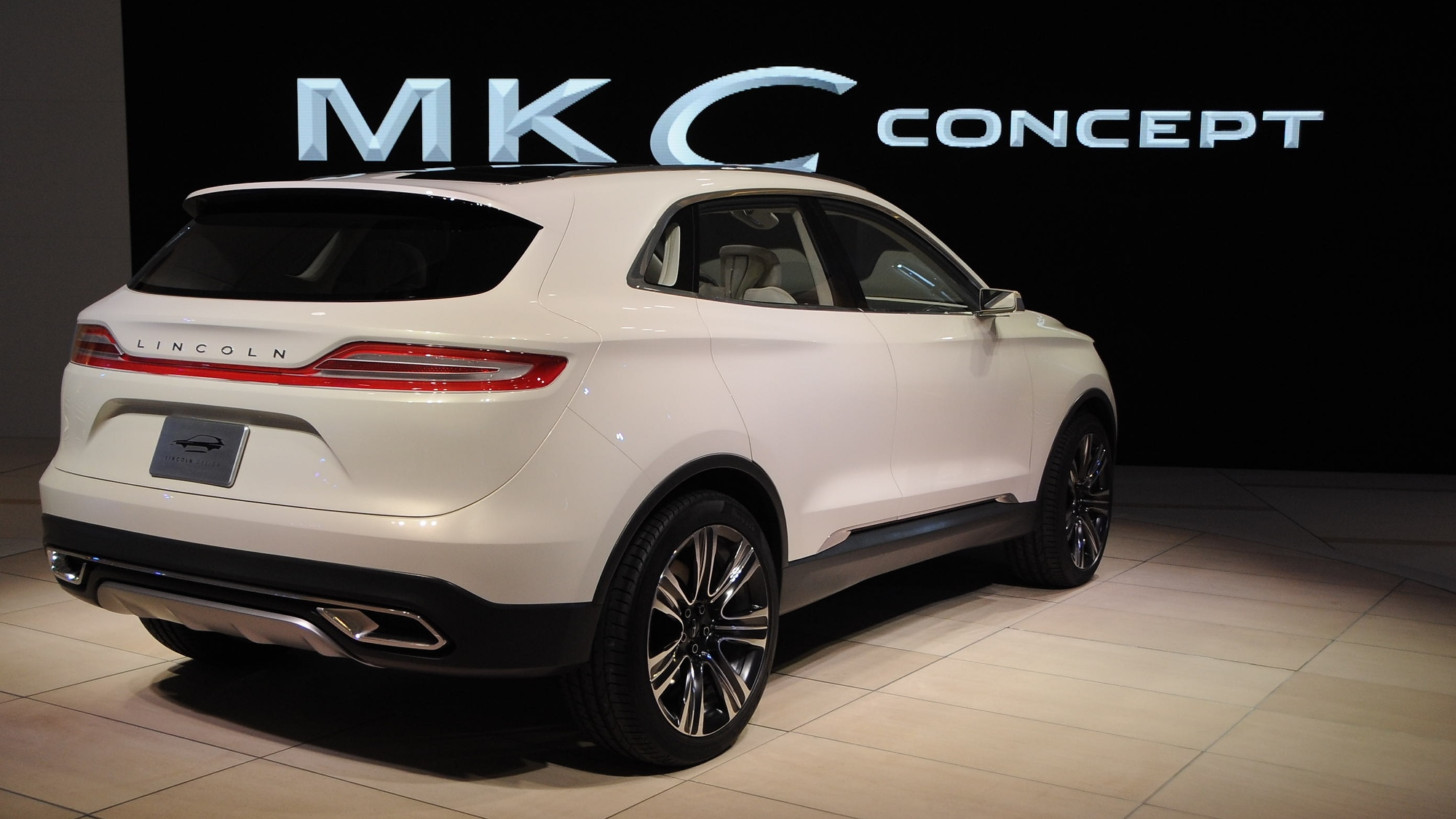 Luxury brands have been expanding into smaller vehicles for a while now, and the Lincoln MKC Concept unveiled at the Detroit Auto Show continues that trend.

The smallest member so far of Ford's struggling lxuury brand has been the MKZ mid-size sedan, but the compact crossover concept shows the brand will go smaller.

While it's built on the underpinnings of the 2013 Ford Escape, the MKC shares no body panels with that popular crossover.

Instead, it layers on the luxury and shows off the usual Lincoln styling cues and the brand's signature all-glass roof.

Inside, it replaces Ford's practical dashboard with high design and elegant materials.

The MKC Concept has the predictable touchscreen for minor controls--though we seriously doubt it's a match for the excellent graphics and instantaneous response of the 17-inch screen in the Tesla Model S--and pushbuttons for gear selection, to replace a plebian lever on the console.

As for fuel efficiency, Ford gave essentially no detail on the powertrains that might be used in the production version of the Lincoln MKC.

It may be limited to the larger of two EcoBoost engines fitted to the Ford Escape--the 240-horsepower 2.0-liter four, which returns 25 mpg combined--and there's some speculation that a hybrid version will also be offered.

If there were an MKC Hybrid, it would use the same powertrain already on sale in the 2013 Ford C-Max Hybrid and 2013 Ford Fusion Hybrid.

Here's hoping that the fuel-efficiency ratings of any future Lincoln MKC Hybrid reflect real-world gas mileage better than the 47-mpg ratings of those two Fords.

We're sure to have more news about the production version of the Lincoln MKC crossover later this year.

Meanwhile, enjoy these photos taken right on the floor of the 2013 Detroit Auto Show.

For all the news on concept cars and new production vehicles, check our Detroit Auto Show page for the very latest updates.