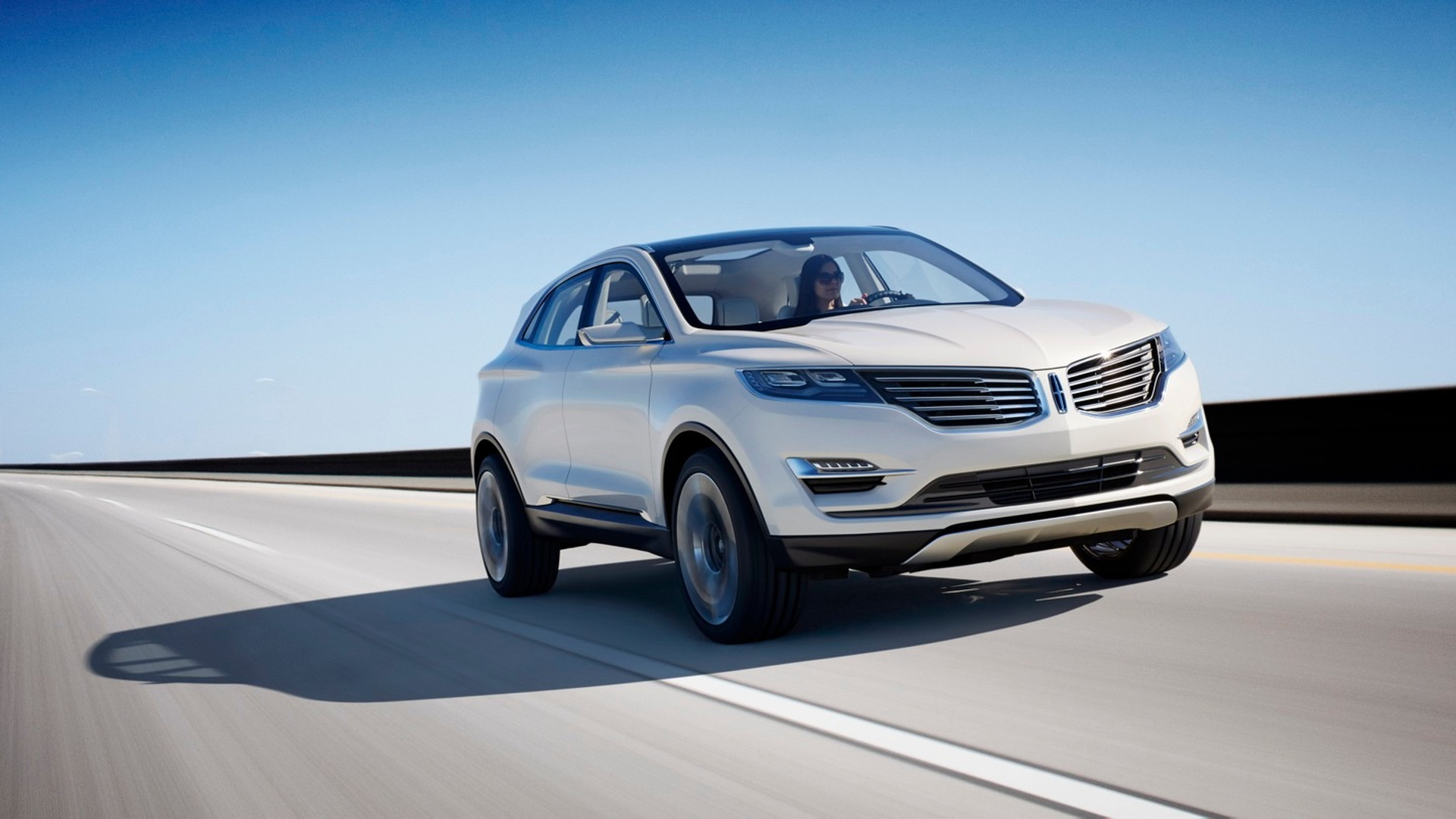 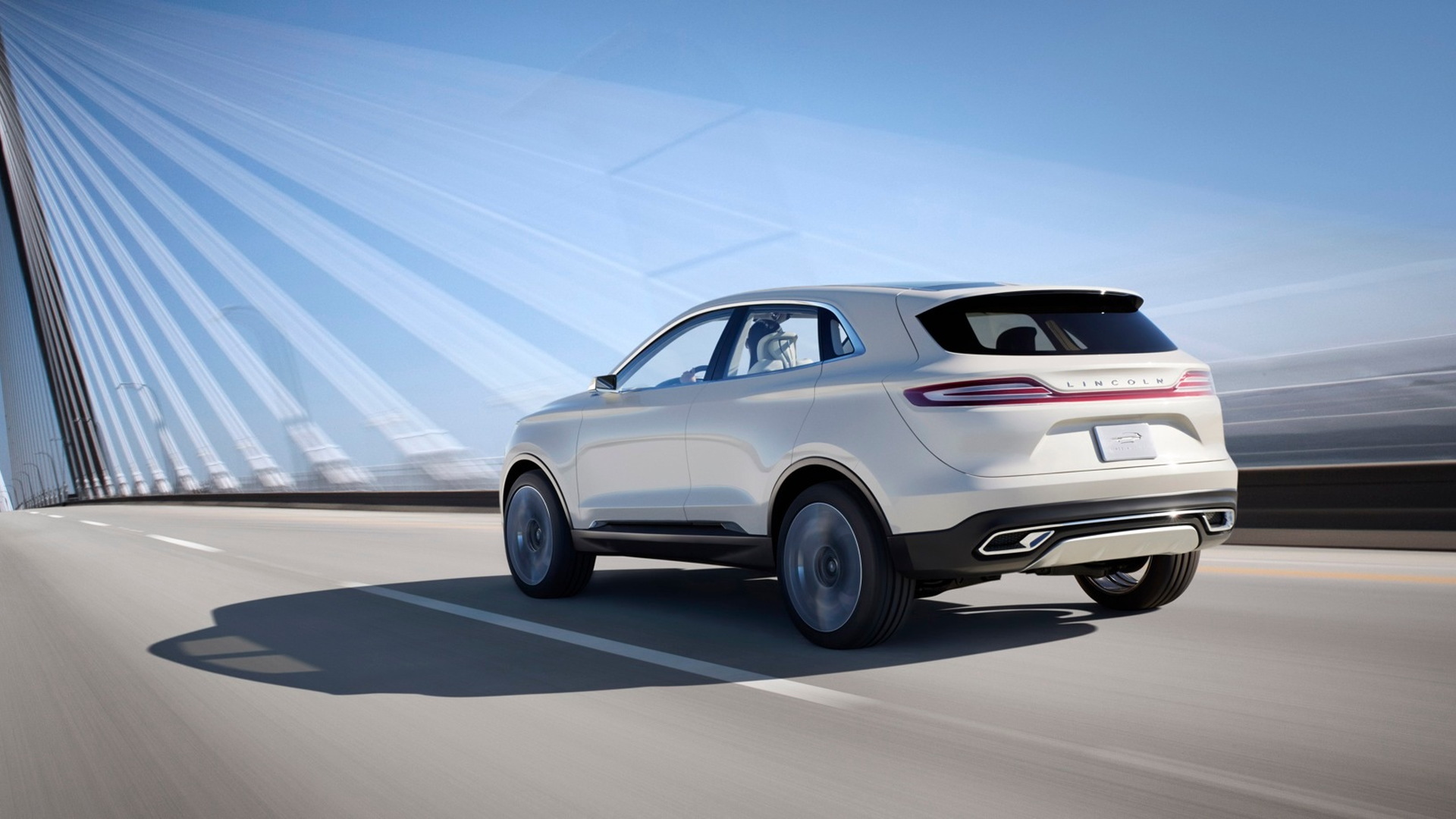 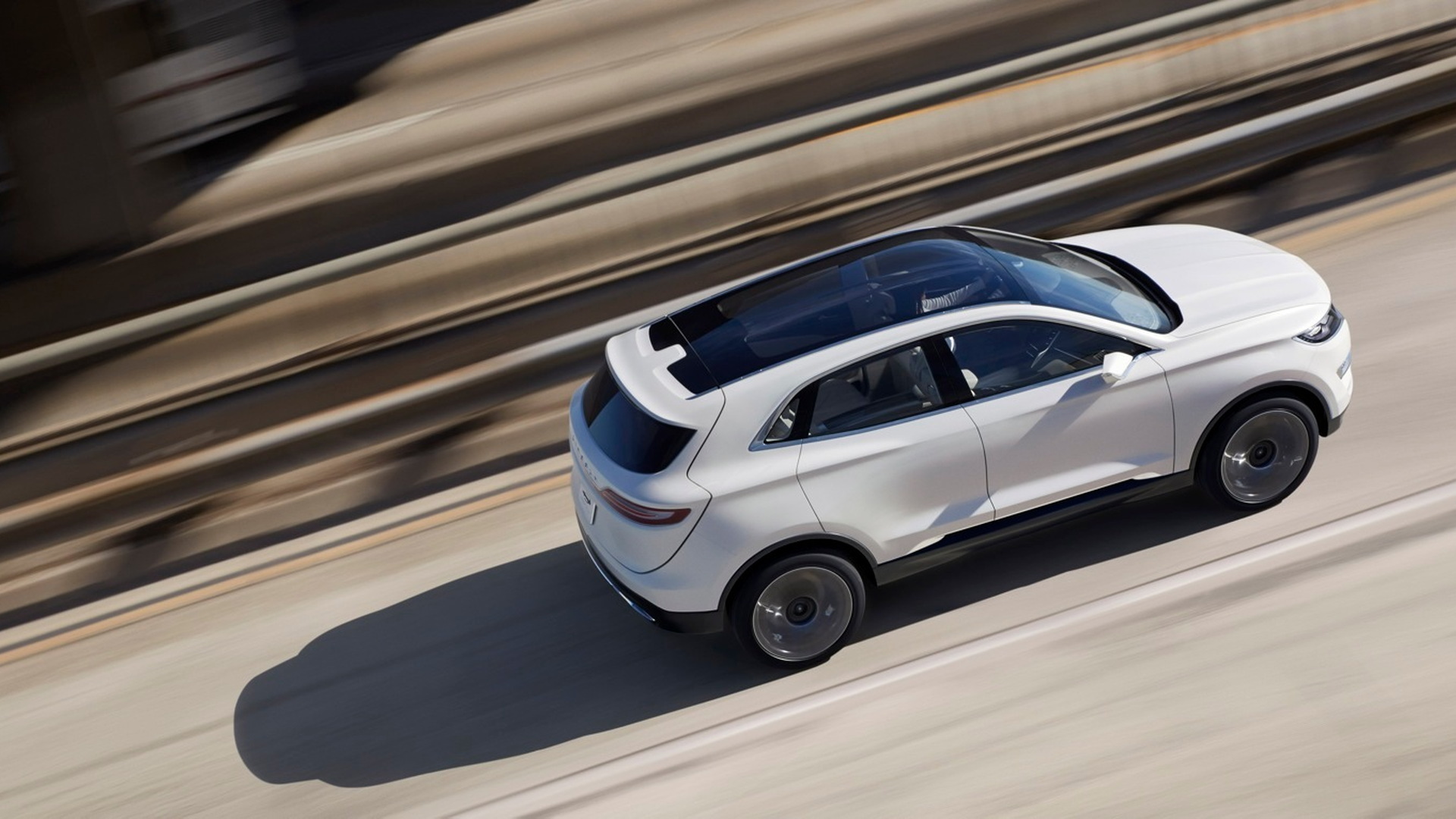 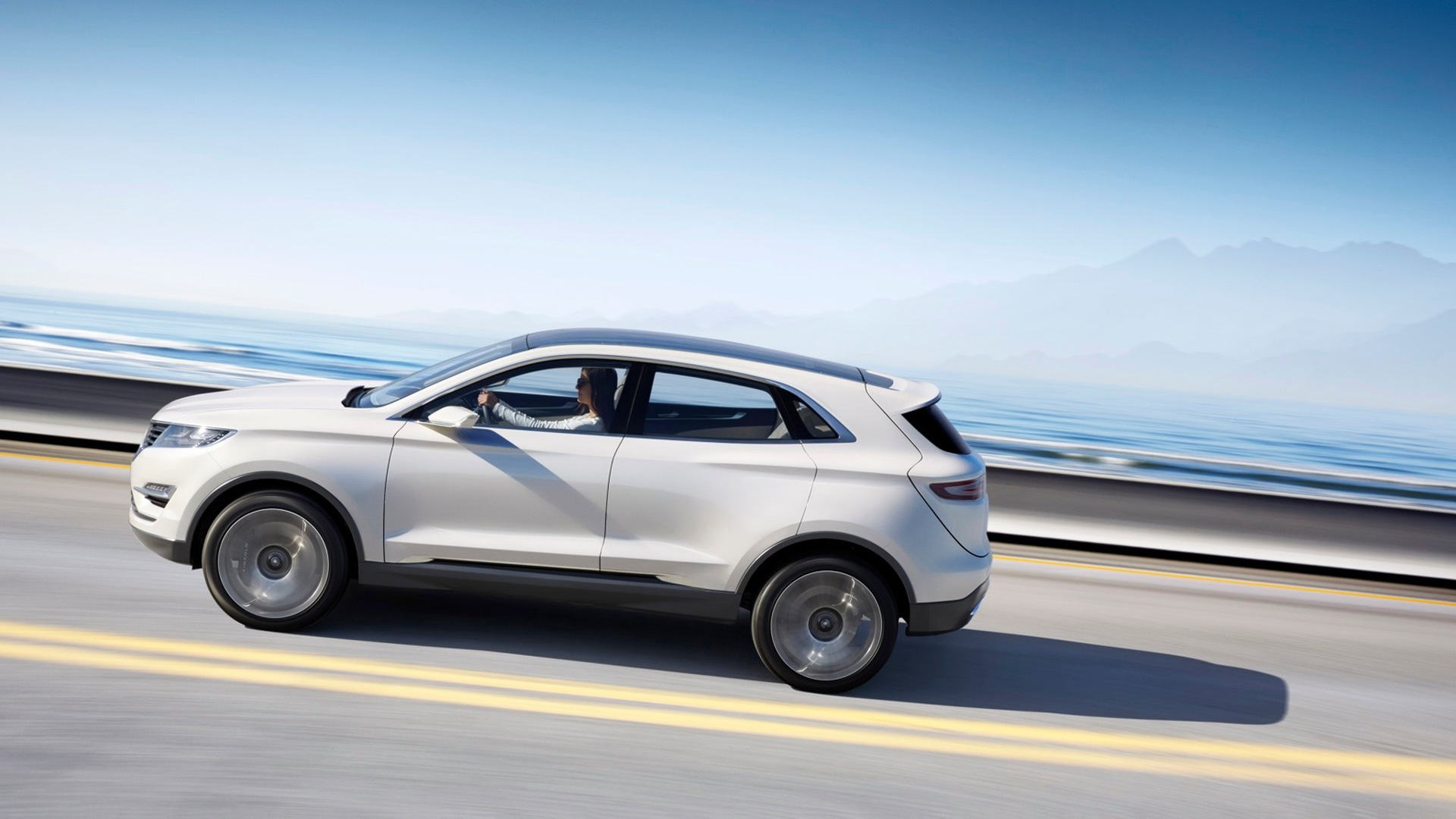 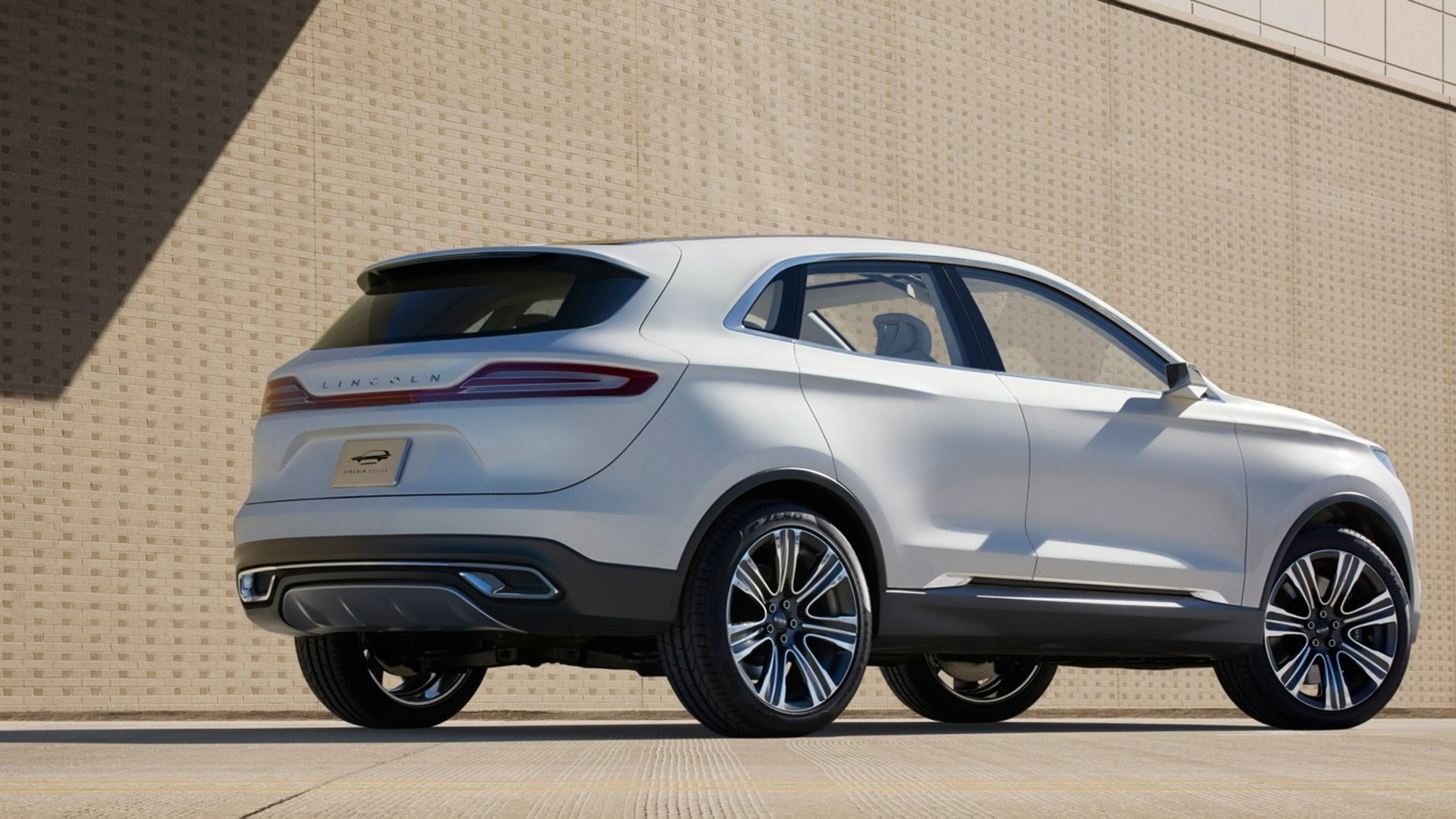 20
photos
Some may bemoan the lack of a hybrid version of Ford's Escape crossover, but a range of efficient Ecoboost turbocharged engines still makes it a reasonably green pick among its peers.

For those wanting a little more class, you may soon have that option. Lincoln has launched the MKC concept at the 2013 Detroit Auto Show, taking the Escape just a little more upmarket.

On looks alone, Lincoln is on to a winner.

It's probably the only crossover so far to match the visual drama of Range Rover's Evoque, with a sporty stance and neat detailing. The concept rides on 20-inch alloy wheels and features Lincoln's winged grille and narrow tail-lights.

Much of the car's styling echoes other recent Lincoln models and concepts, and here it comes together in a crisp, modern, cohesive whole--not something that can necessarily be said of the Escape.

The interior looks near-production ready, with light cream leather seats and a panoramic glass roof. Notable by its absence is a conventional shift lever. Instead, gear selection is handled by push-button controls, and a touchscreen handles many of the car's other functions.

It's under the skin the MKC is expected to be most similar to the Escape, though Lincoln hasn't yet provided any definitive details. Likely powerplants include the Escape's 1.6 and 2.0-liter, four-cylinder turbocharged Ecoboost units.

In the Escape, the smaller engine is capable of 26 mpg combined (in front-wheel drive form), with up to 33 mpg possible in highway driving. The 2.0 is just a little behind, at 30 highway and 25 mpg combined.

According to our sister site, The Car Connection, it's feasible that a hybrid model might appear, based on the drivetrain used in the Ford C-Max Hybrid.

While production hasn't yet been confirmed, it's likely the MKC will appear at a Lincoln dealer near you next year.

Keep your eyes peeled on our dedicated Detroit Auto Show page for more information on the MKC, plus other vehicles unveiled at the show.