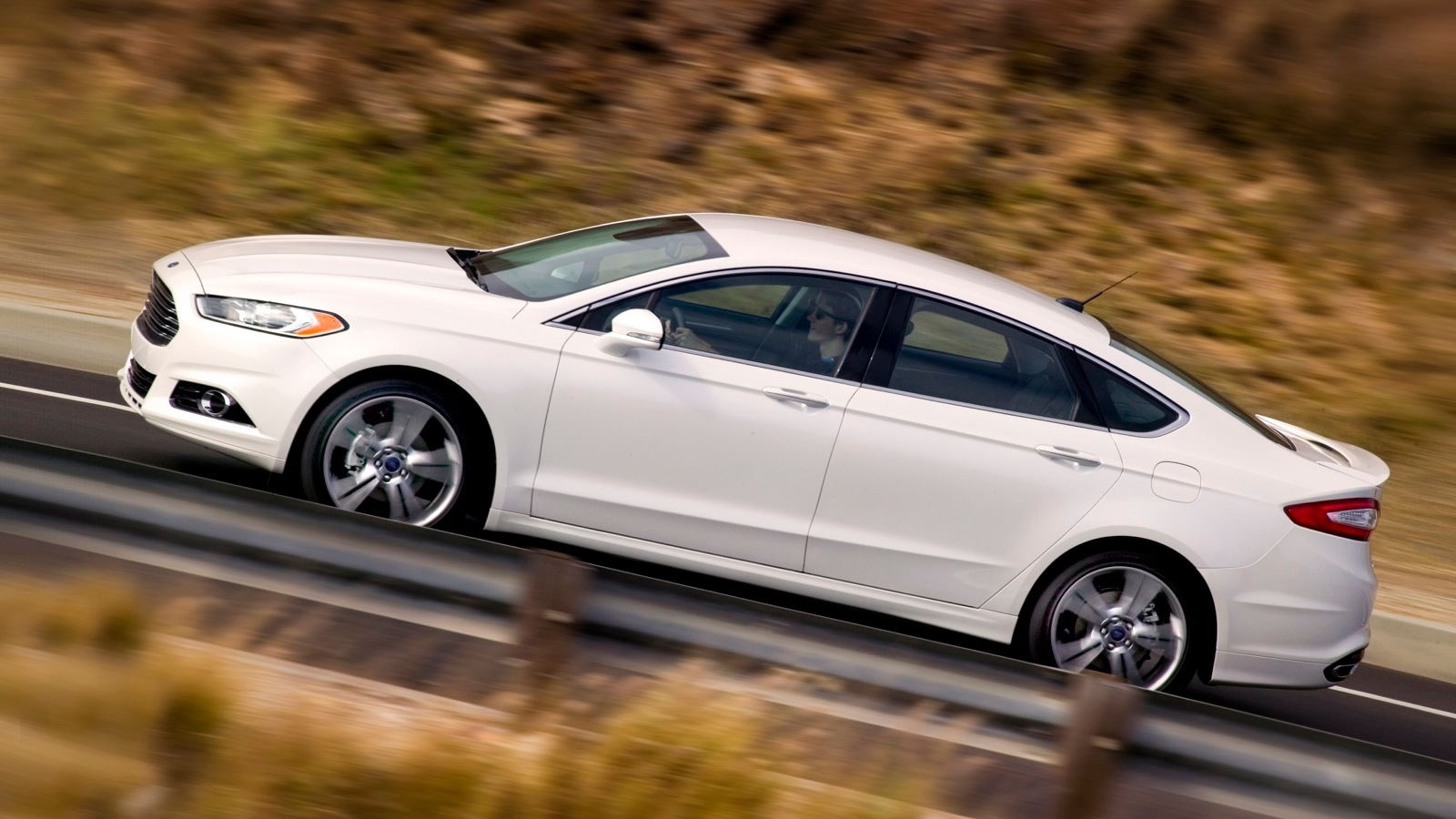 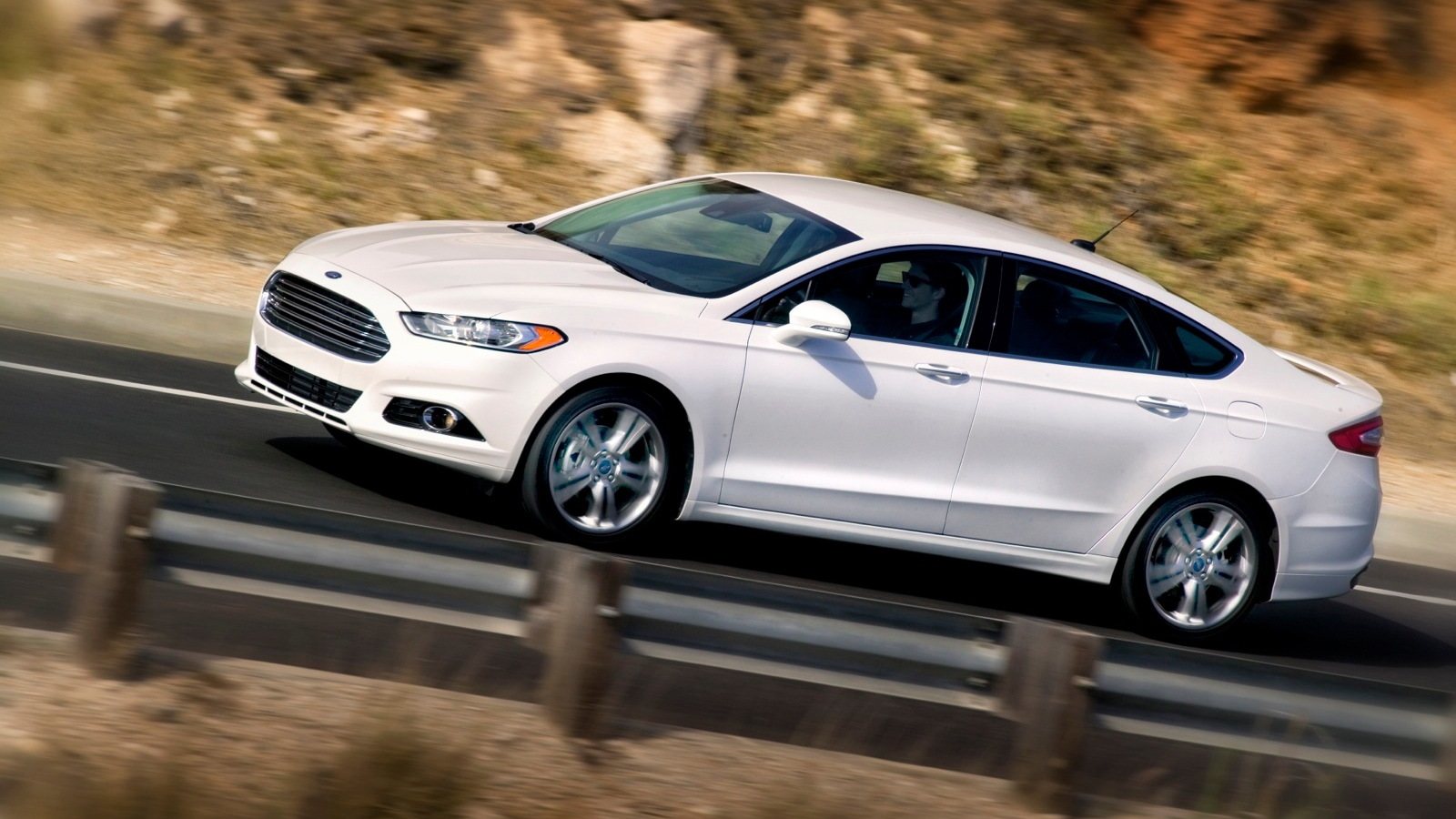 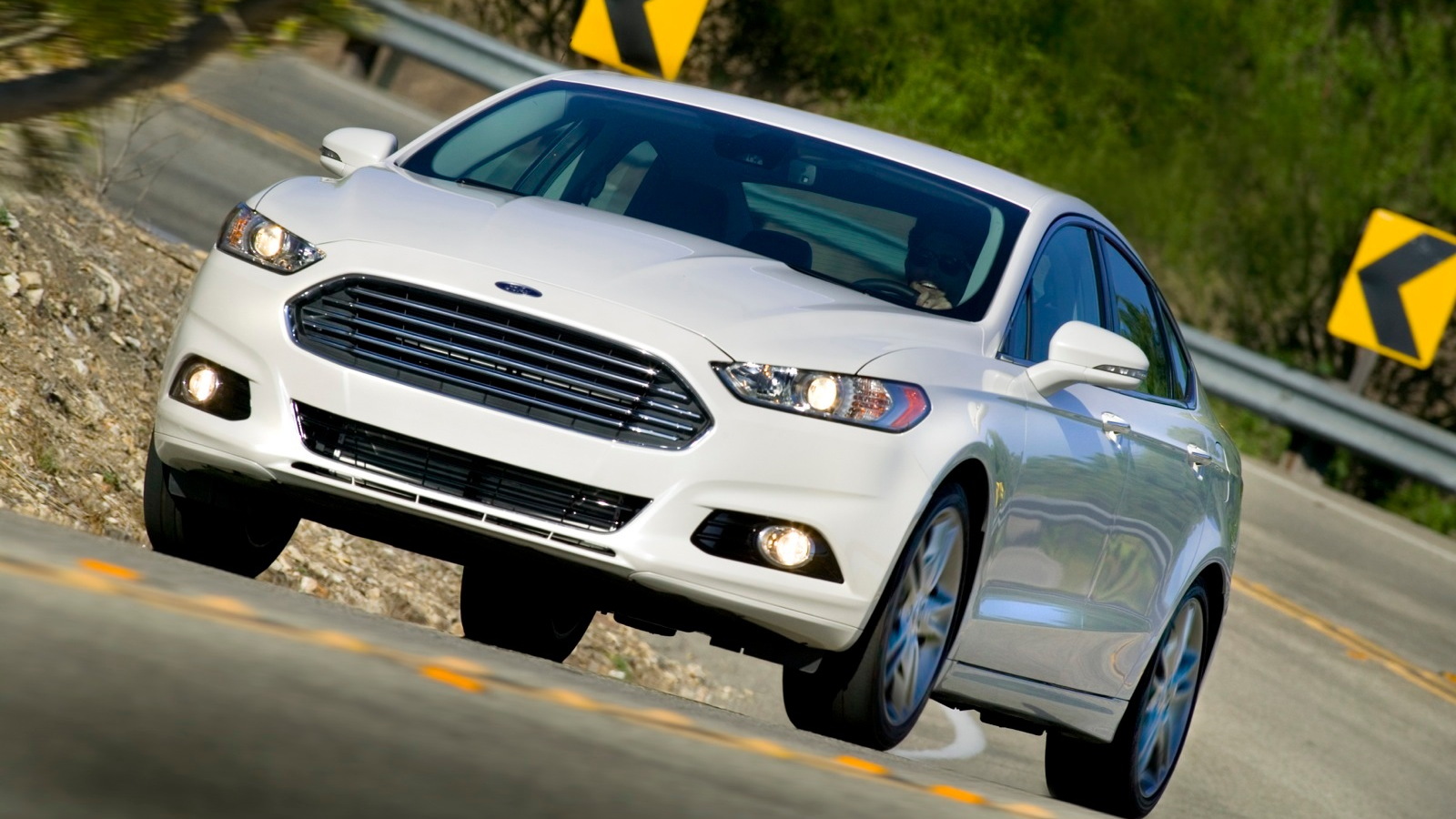 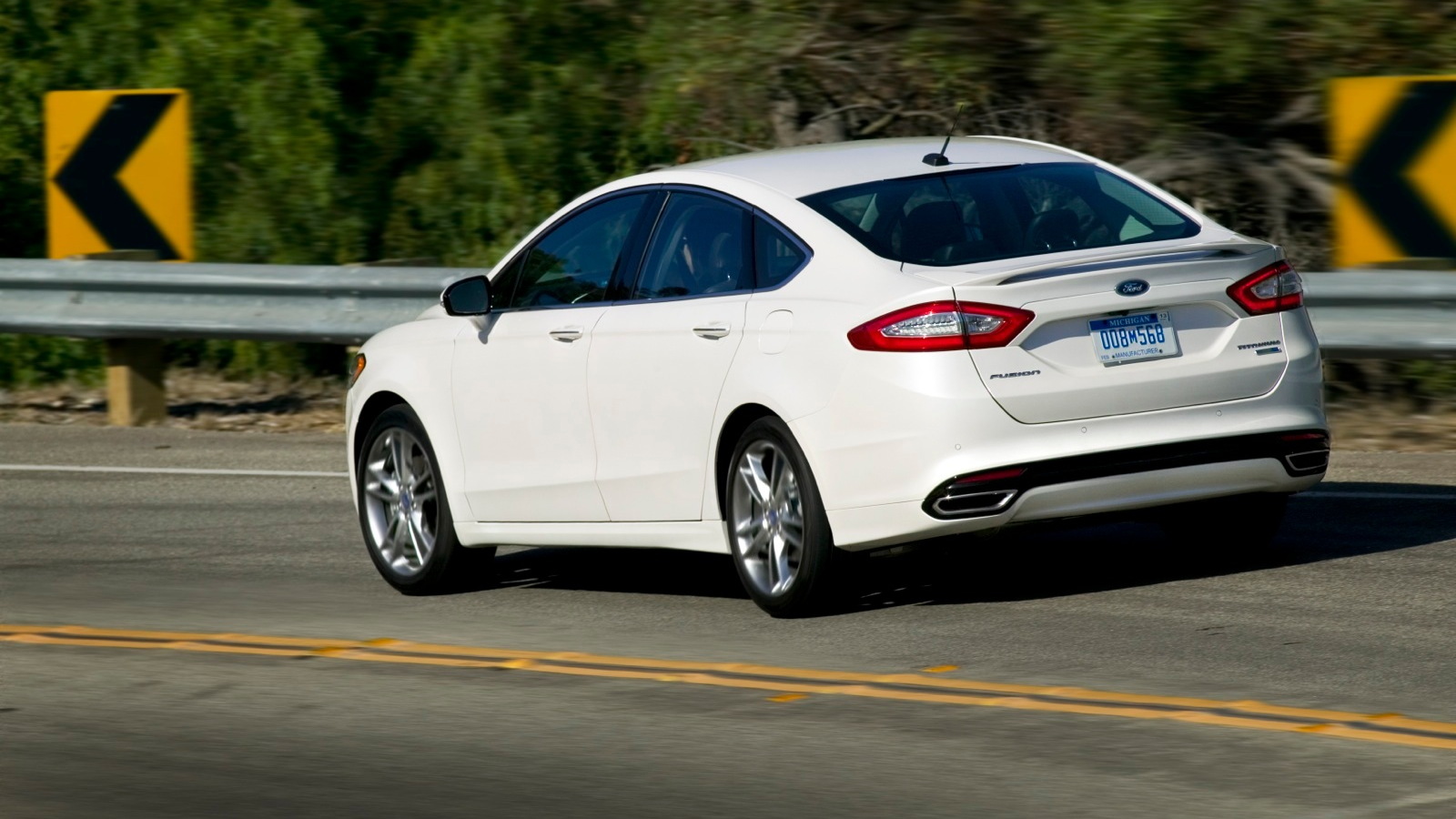 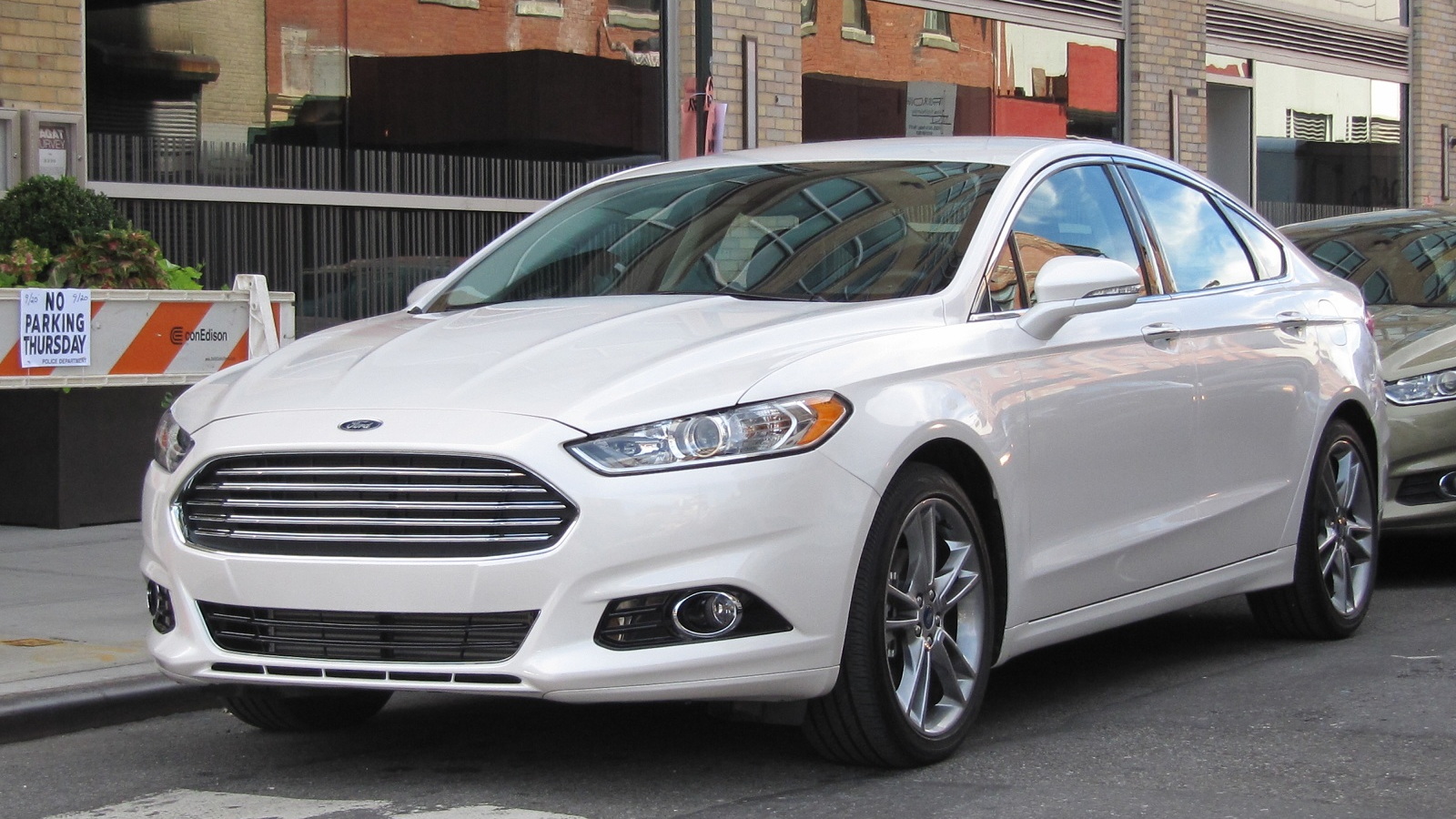 The new 2013 Ford Fusion is stunning on the street; it may well be the best-looking mid-size sedan on the market.

And it comes with no fewer than five different powertrains, all of them as or more fuel efficient as those in the previous Fusion sedan.

The first Fusion in 2005 started to re-establish Ford's presence in mid-size sedans, and sales accelerated with the heavily revised 2010 models.

Now, for 2013, the Fusion is substantially the same car as the Ford Mondeo sold in Europe--which means it has spirited handling and European road feel.

The 175-horsepower, 2.5-liter four base engine is only for entry-level models and is being downplayed by the company and its dealers. It is rated at 26 mpg combined with a six-speed automatic transmission.

But the bulk of Fusions sold are likely to use one of the two EcoBoost engines.

The 175-hp, 1.6-liter EcoBoost four may be the volume engine, with its EPA combined rating of 29 mpg when fitted with a six-speed manual gearbox (or 28 mpg with the six-speed automatic).

The 2013 Fusion with the six-speed manual is also, in our opinion, by far the most fun Fusion to drive.

To date, however, Ford has already had four recalls on that engine, which some buyers may find mildly worrisome for such new technology.

Drivers who want all-wheel drive in their 2013 Fusion--a rare option in this class of sedan--can get it only with the most powerful engine, the 240-hp, 2.0-liter EcoBoost four.

The new Fusion no longer offers a V-6 option, but Ford says the power and torque of the 2.0-liter four match those of its previous 3.5-liter V-6.

It earns a 26-mpg combined rating from the EPA in front-wheel drive form and 25 mpg as an all-wheel drive model.

As for the two hybrid Fusions, they share the same powertrain as that used in the Ford C-Max dedicated hybrid hatchback, also a nominee for our 2013 Best Car To Buy award.

That's a 141-horsepower, 2.0-liter four-cylinder engine and a hybrid system containing two motor-generators, with a lithium-ion battery pack in the trunk. The engine and electric drive motor together put out a maximum of 188 hp.

The 2013 Fusion Hybrid is rated at 47 mpg combined, though like the C-Max, we're waiting to see how owners' real-world ratings come in.

The Fusion Energi has a larger battery pack that can be plugged in to recharge it from the electric grid, giving it an EPA-rated electric range of up to 21 miles.

(We suspect that, like the C-Max Energi, the electric range may be more like 15 or 16 miles in real-world use--depending on speed, acceleration, and many other variables--but we haven't tested a plug-in hybrid Fusion yet.)

Taken together, the stylishness, interior quality, accommodations, features and options, and range of powertrains make the 2013 Ford Fusion line a standout this year.

It earns our nomination as one of the Best Car To Buy candidates for 2013.

Watch for details on our other Green Car Reports 2013 Best Car To Buy nominees over the rest of this week.