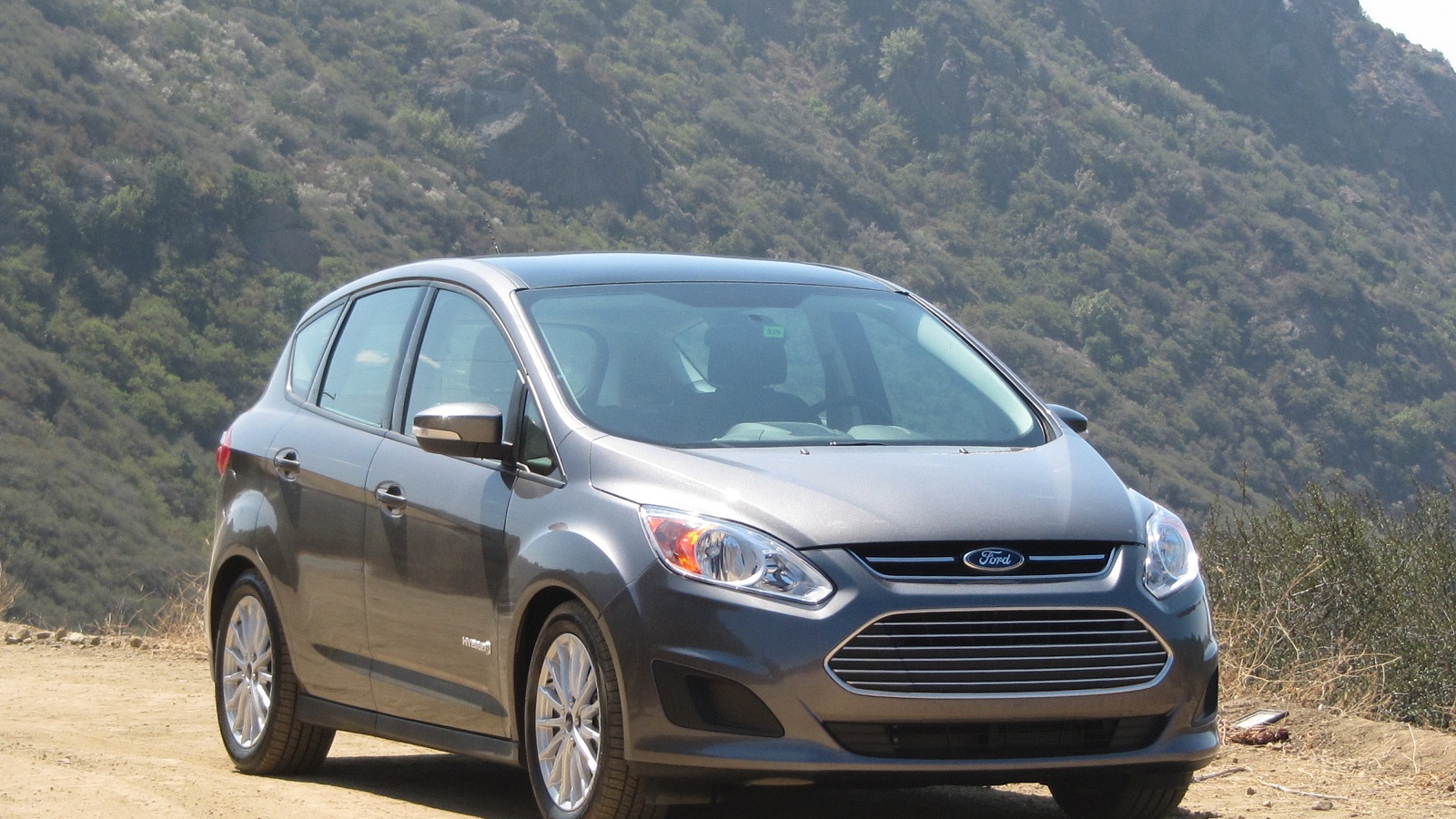 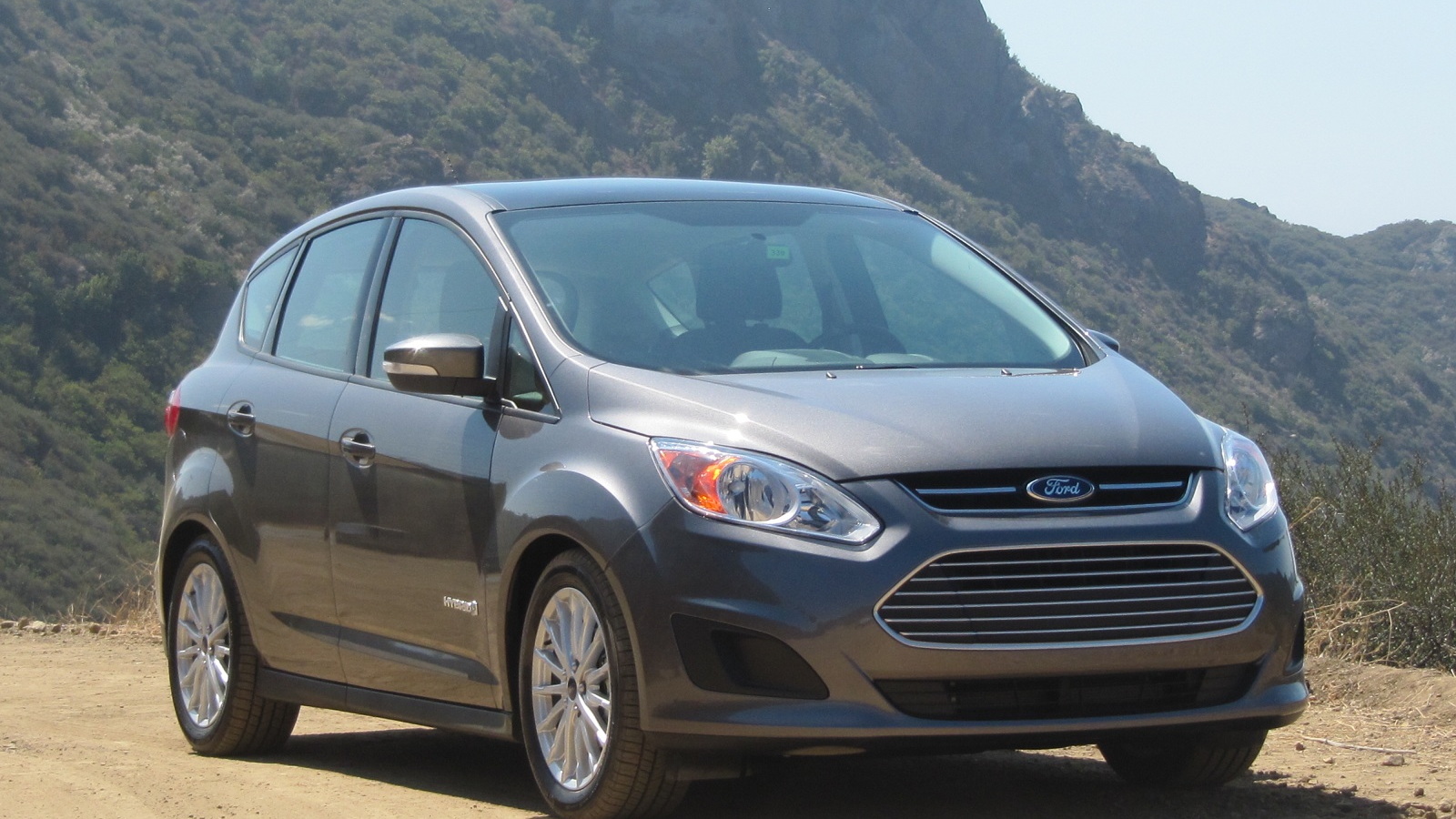 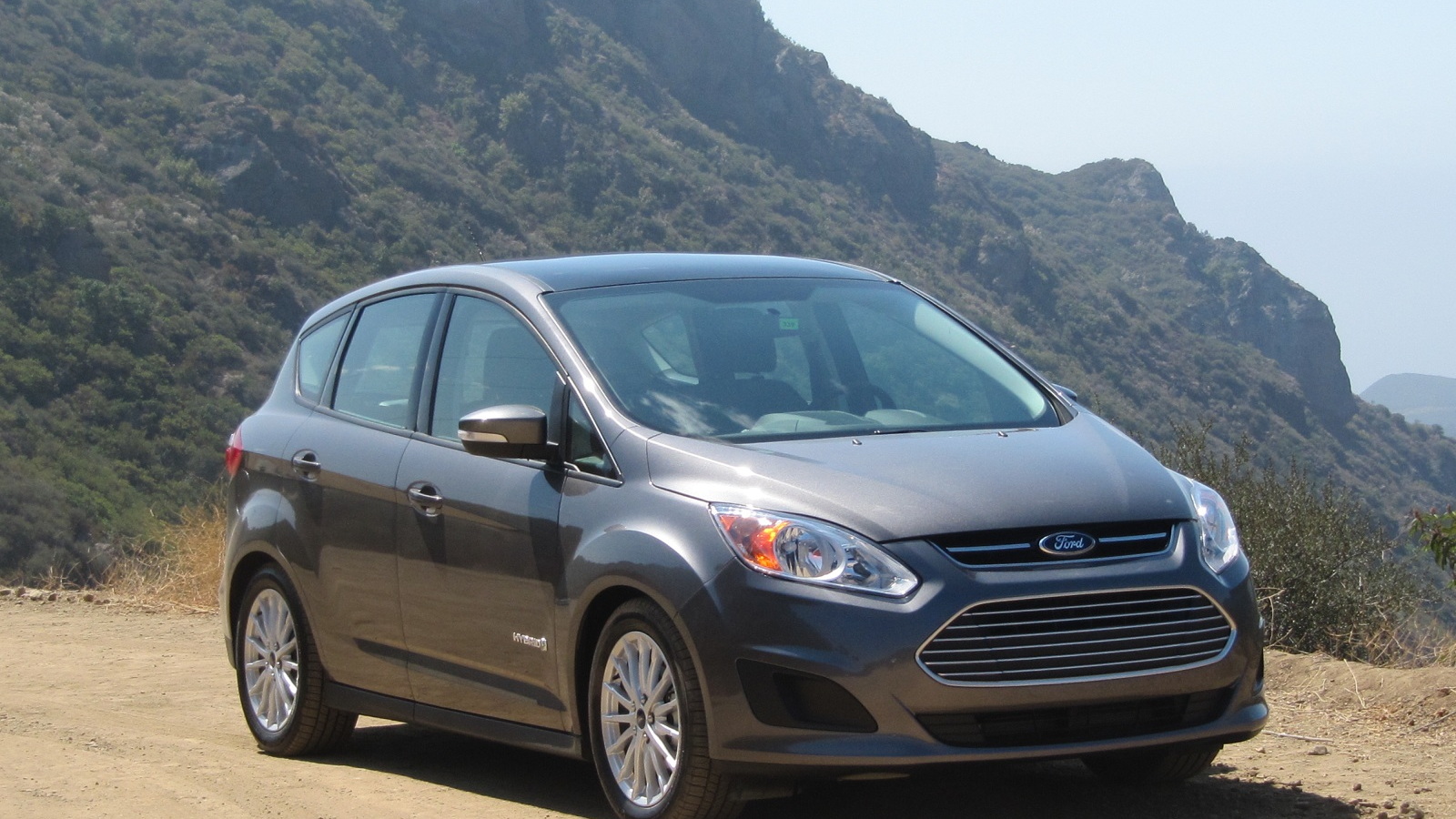 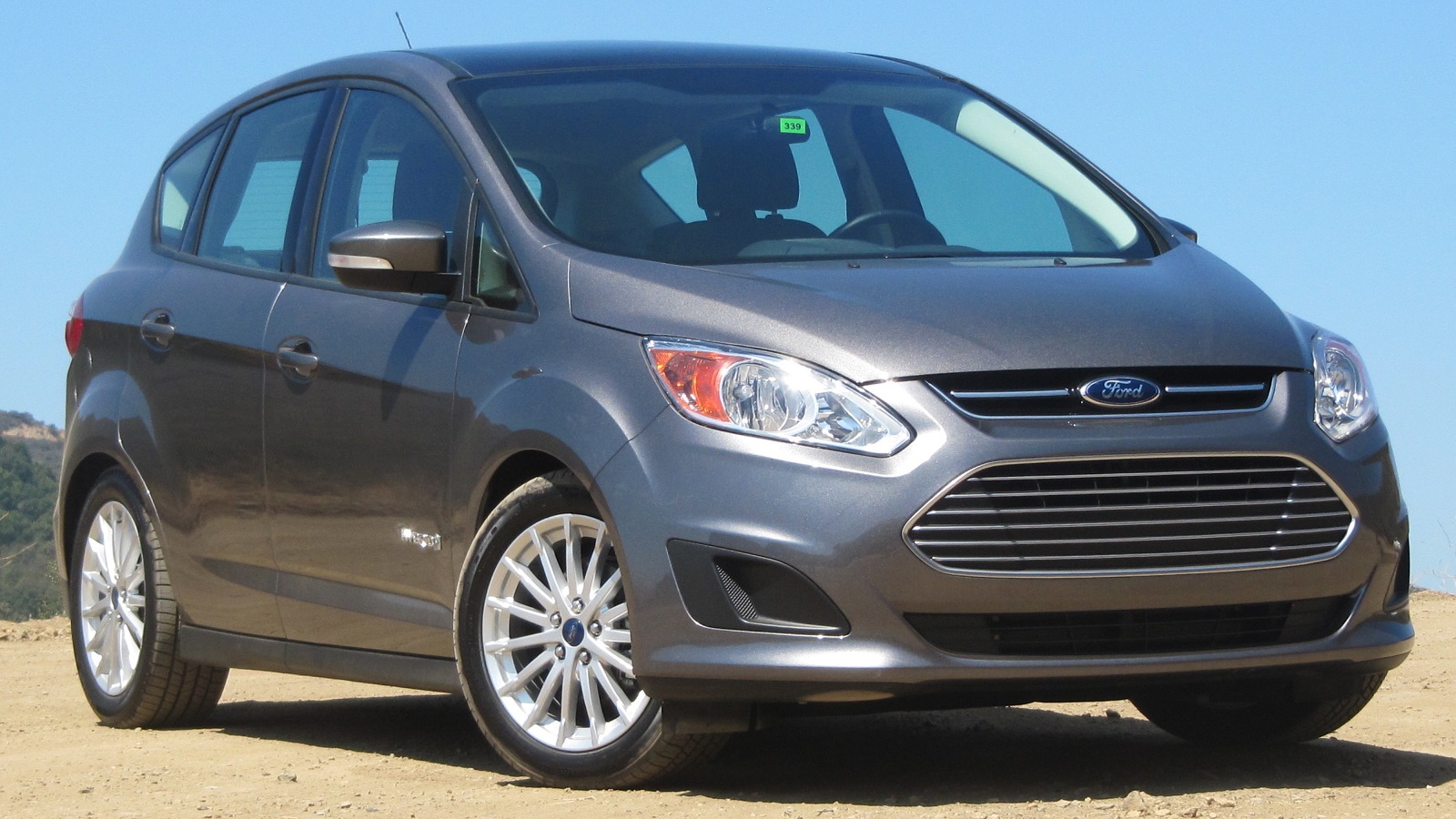 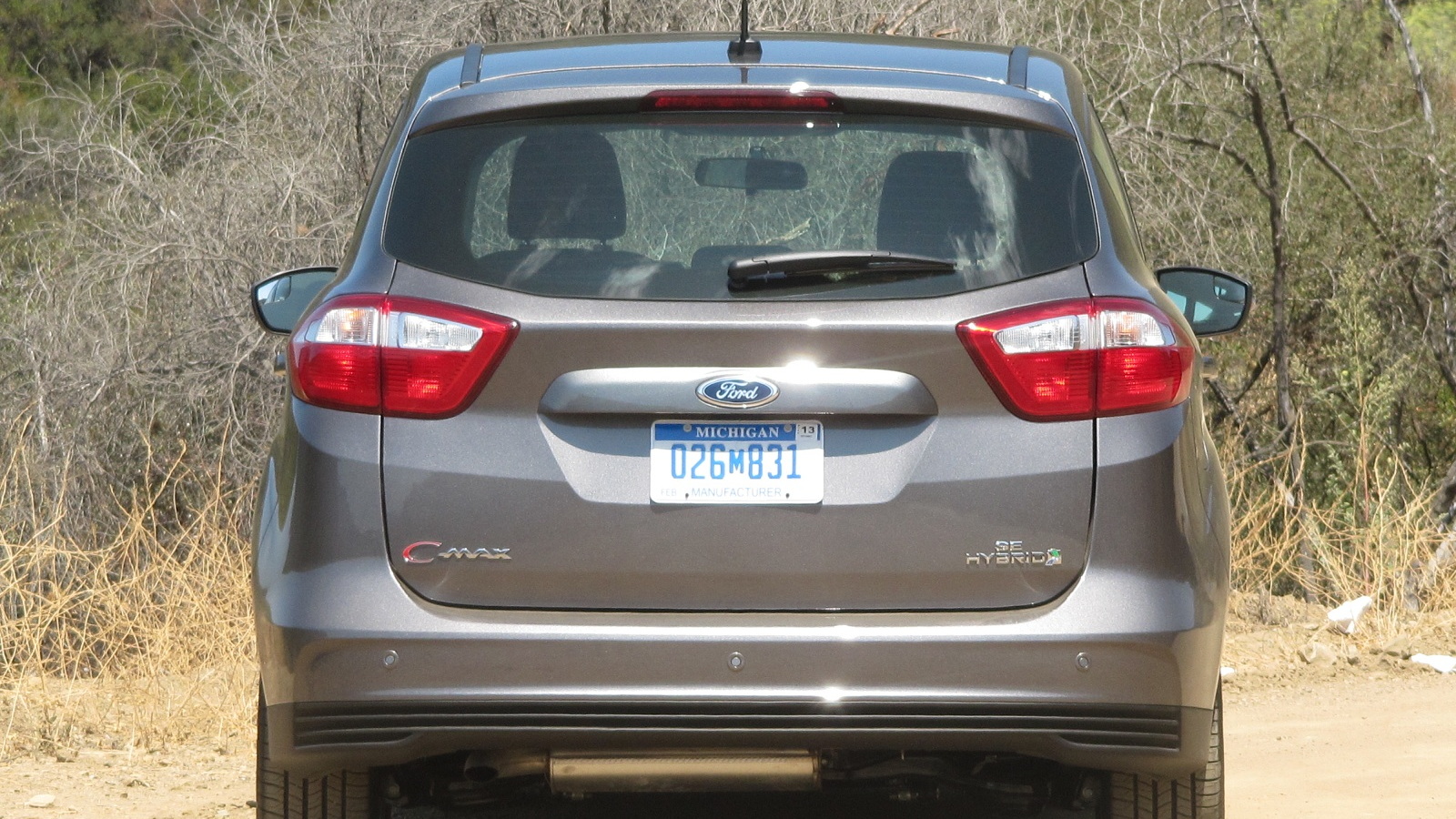 The 2013 Ford C-Max is the first car from any U.S. manufacturer to take aim directly at the legendary Toyota Prius hybrid.

Derived from a small "people carrier" of the sort that are common in Europe, it's Ford's first-ever dedicated hybrid--a vehicle sold with no gasoline-only equivalent (at least here).

And there are two separate versions: the conventional C-Max Hybrid model, which will represent the bulk of sales, and also a plug-in hybrid C-Max Energi version that can travel up to 15 miles on electric power alone.

Ford compares the C-Max Hybrid mostly to the Prius V wagon, but in reality it neatly splits the difference between the wagon and liftback Prius models.

The C-Max has 52 cubic feet of cargo space with the rear seat folded down; with the seat up, volume is 25 cubic feet.

And it's got fully 54 hp more than the Prius powertrain, with the 141-horsepower, 2.0-liter four-cylinder engine and electric drive motor combining to put out a maximum of 188 hp.

The one potential concern with the C-Max lineup is its real-world fuel efficiency.

Green Car Reports has now driven the C-Max Hybrid twice, once over a quick weekend route and earlier at Ford's media drive.

Our gas mileage varied from 37 to 40 mpg, depending on the mix of city driving and freeway speeds. Other outlets have reported similar results.

We've also driven the C-Max Energi plug-in hybrid, which adds up to 21 miles of electric range from its much larger 7.6-kilowatt-hour lithium-ion battery pack, according to its EPA rating.

That rating carries a footnote that reads: "This vehicle did not use any gasoline for the first 21 miles in EPA tests. However, depending on how you drive the vehicle, you may use both gasoline and electricity during the first 21 miles following a full charge."

In our test drive, we were able to keep the plug-in C-Max in full electric mode over a much wider range of driving conditions than the Prius Plug-In.

And like the hybrid C-Max, it was quiet, refined, more upscale inside, and simply more pleasant to spend time in than the various Prius models against which it competes.

We suspect the C-Max twins will do well for Ford, and the company promises sustained and aggressive marketing to introduce this new car line and highlight its competitive advantages.

Twelve years after the Prius arrived and eight years after Ford launched its Escape Hybrid, it's nice to see a level playing field at last.

Now, it's up to the buying public.

Watch for details on our other Green Car Reports 2013 Best Car To Buy nominees over the rest of this week.