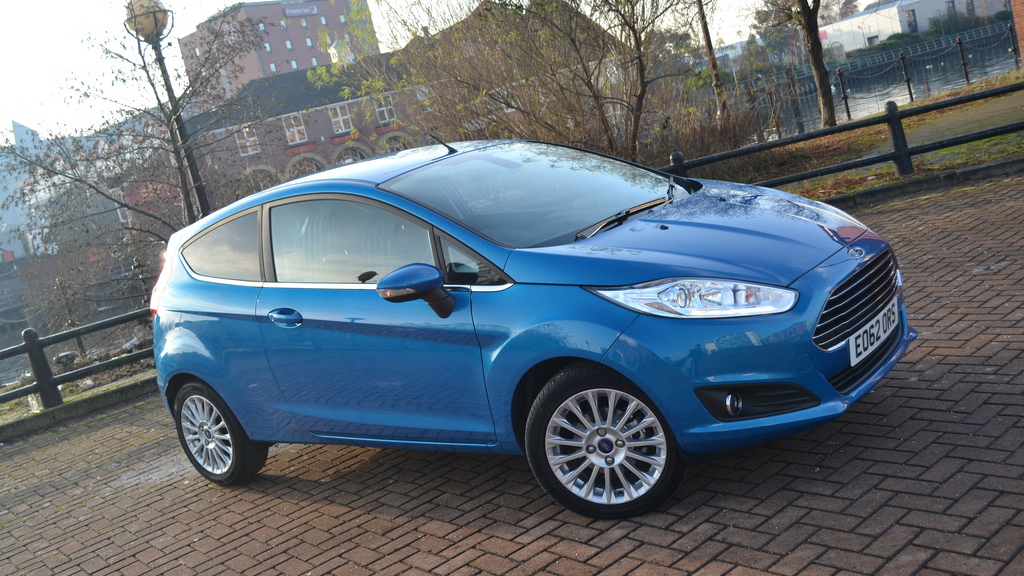 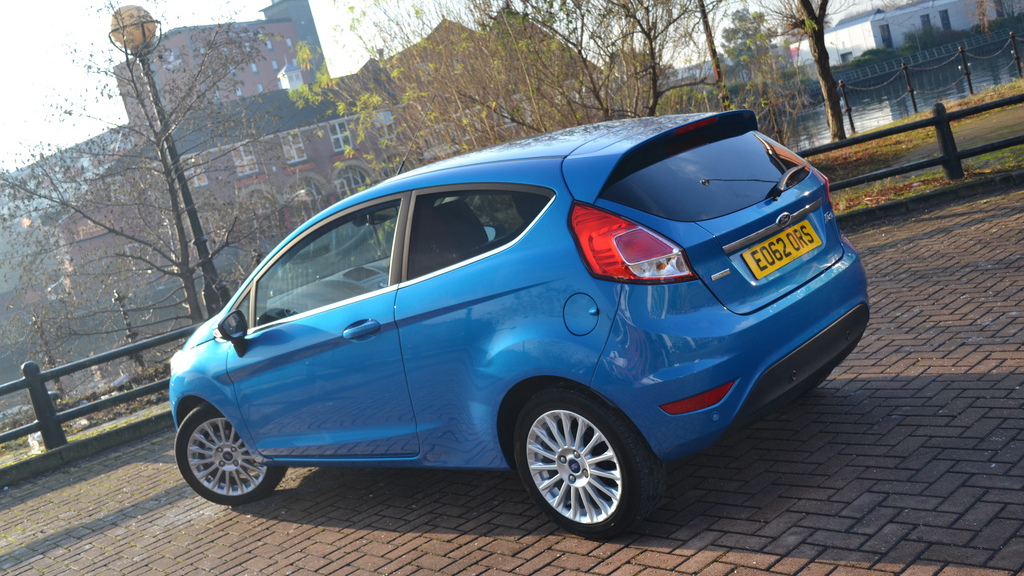 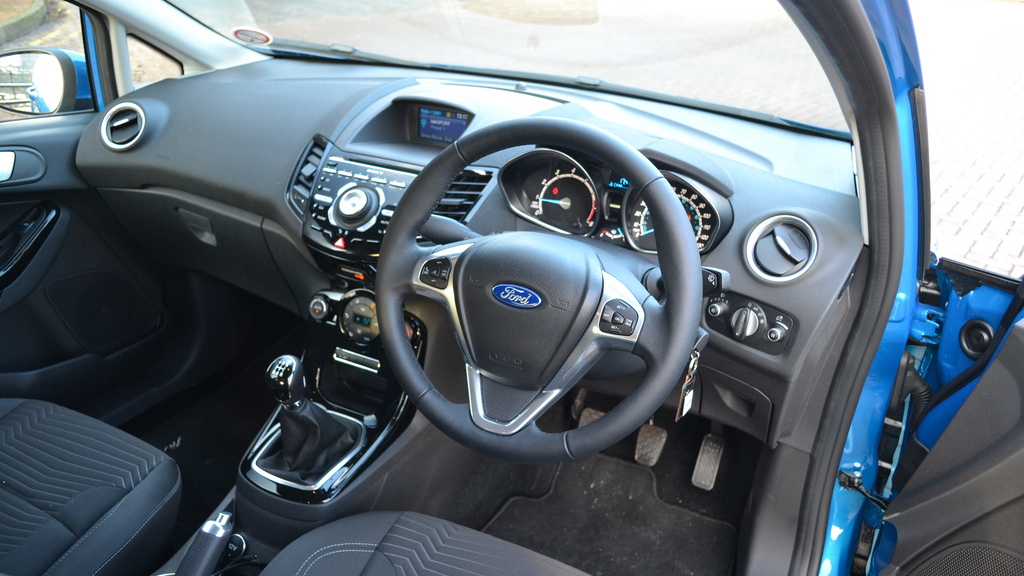 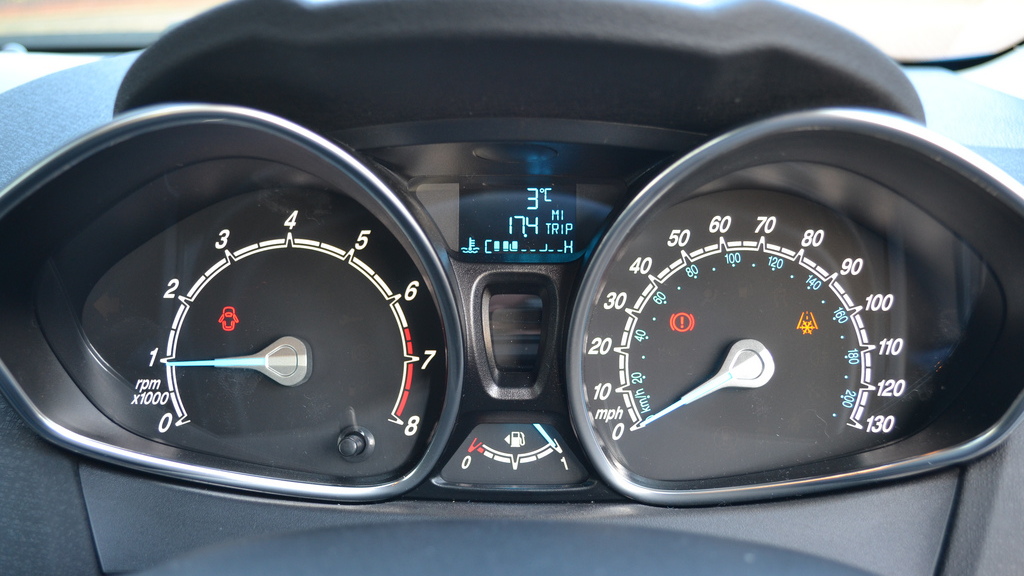 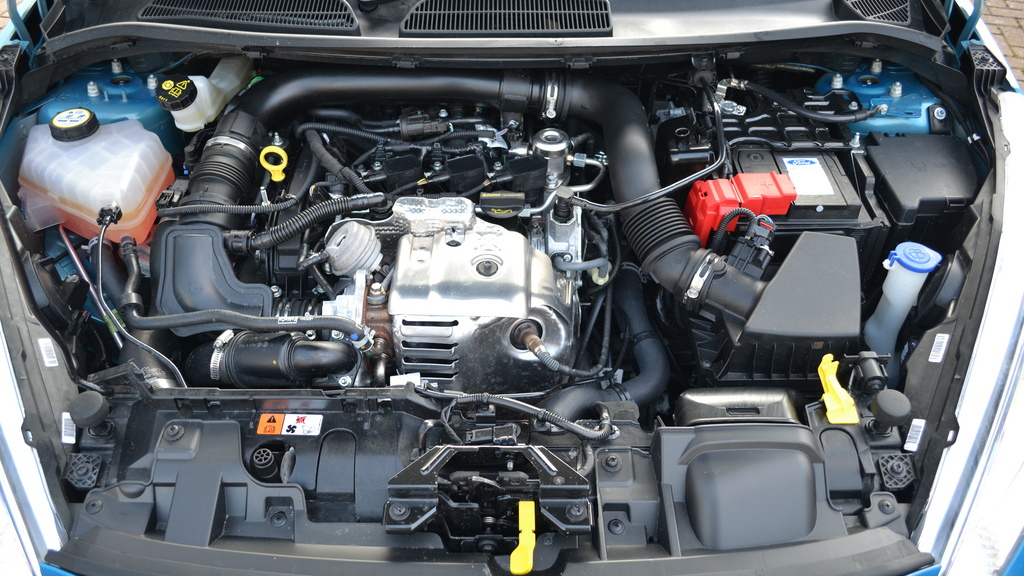 6
photos
Much fanfare has been made about Ford's 1.0-liter, 3-cylinder turbocharged EcoBoost engine.

Offering the performance of a 1.6-liter with the economy of a much smaller unit, many would have you believe it represents the future of internal combustion.

If not transported to the future, our first drive of the Fiesta EcoBoost proved entertaining back in December, and we've now had a little more seat-time on UK roads.

There's nothing truly groundbreaking about Ford's 1.0 EcoBoost--it just happens to be a figurehead for the general direction that combustion engines are heading in these days.

We're now quite familiar with the bare statistics: 123 horsepower at 6,000 rpm and 148 pounds-feet of torque at 4,000 rpm give it usefully more punch than the 1.6-liter naturally-aspirated engine it's intended to replace.

There's no official word on fuel efficiency just yet, but more than 40 mpg is expected on the EPA highway cycle. Much higher figures are touted in the Fiesta's European homeland, but European figures are typically 15-20 percent higher than EPA ratings.

In addition, we'd warn that in the larger Focus at least, the 1.0 isn't currently living up to its mpg expectations--the big car, small engine syndrome.

If you've not driven a Fiesta before, the Ecoboost will surprise on two levels.

The first is that all Fiestas ride and handle very well indeed. You'll feel bumps of course, but they don't rattle you half as much as you expect, and the compliant ride doesn't come at the expense of cornering poise and response.

Steering feel is good too, all the controls are nicely weighted, and the strong, progressive brakes have a confidence-inspiring firm feel to the pedal.

Throw in the 1.0 EcoBoost, and things get even better.

We were left a little disappointed by this engine in the Focus when we drove it last year. Refinement was never in doubt but it never quite felt as peppy as we'd hoped.

Losing a few hundred pounds at the curb in the lighter (2,427-pound) Fiesta works wonders, the little 1.0 feeling respectably strong almost everywhere. Okay, so it won't perform like the upcoming 180-horsepower Fiesta ST, but pin your expectations at a realistic level and it's genuinely entertaining.

The engine picks up nicely from low revs and remains refined right the way to the red line. And while it's happy enough to rev out, it won't complain if driven with economy in mind, keeping the revs low. Some vibration can be felt under load below 1,500 rpm, but otherwise the engine is near-silent and very smooth.

62 mph can be reached in 9.4 seconds and top speed is listed as 122 mph, so highway driving is no problem. Acceleration does tail off at higher speeds but it still has plenty to give at 80 mph and beyond.

Needless to say, the trip computer's estimates can't be considered indicative of real-world mileage, so we'll have to wait for a proper test, official EPA mileage, and the reports of owners, to see what it's capable of in real-world driving.

Whether or not the economy is as high as the eventual promises, it's clear that the Fiesta Ecoboost has plenty of other talents--and if nothing else, proves that driving a small-engined small car doesn't have to be depressing.