Just like humans, lithium-ion battery packs don’t like extremes of temperature, which is why automakers often build plug-in cars with liquid-cooled battery packs.

Unlike the 2012 Chevrolet Volt and 2012 Tesla Model S however, the Nissan Leaf doesn't have any liquid cooling for its battery pack, meaning it can overheat when the weather gets too hot.

As owners in the hottest parts of America have discovered this summer, prolonged exposure to heat over 100 degrees Fahrenheit can prematurely age the Leaf’s battery, reducing its capacity and useable range.

There is, however hope.

By reducing your car’s exposure to extreme heat, as well as limiting the amount of heat generated within the battery pack, you can reduce the effect hot summer days have on your Leaf’s battery pack.

Just like many other Lithium-ion battery packs, the battery pack in the 2011/12 Nissan Leaf does not like to be fully charged, or fully discharged.

As a battery is charged up, its internal resistance increases, making it harder to put more energy into the battery. 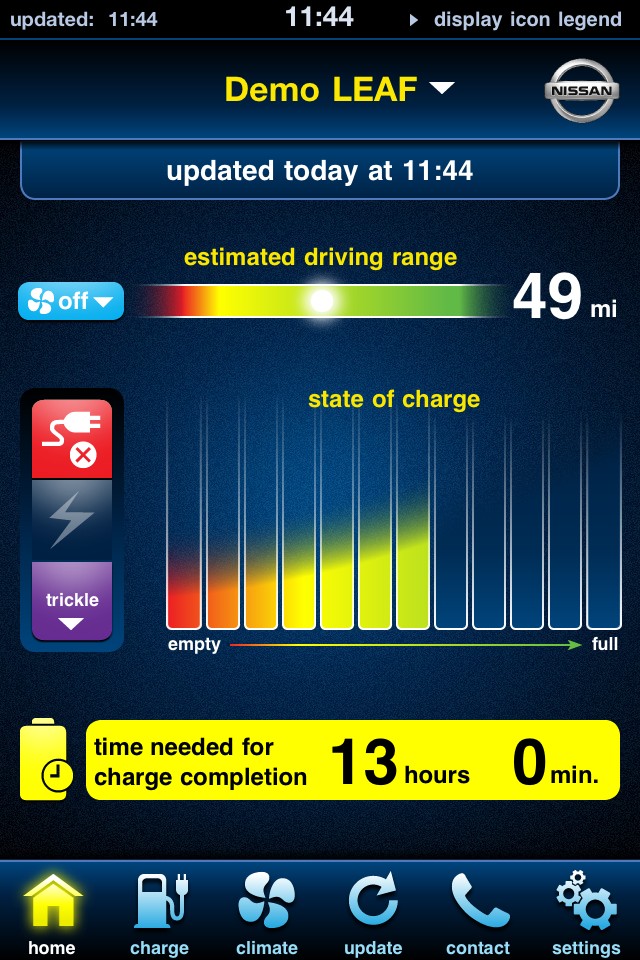 The harder it is to charge, the more heat is generated in the process, raising the temperature of the battery.

Don’t run your car until empty

Running a battery to almost flat also impacts on battery life and health.

Because power is a function of current times voltage, and a discharged battery has a lower voltage than a fully charged one, an almost-empty battery has to provide a higher current for a given power level than it did when fully charged. 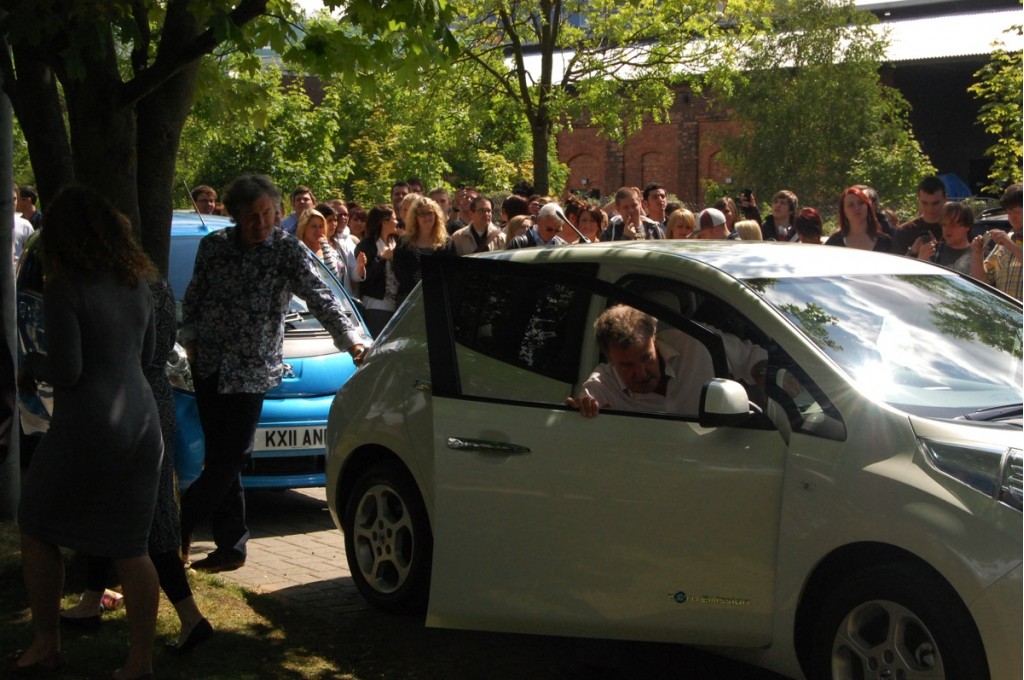 Increasing the current drain on the almost-empty battery generates more heat, raising the temperature of the battery.

The more instantaneous energy you pull from your Leaf’s battery pack, the harder it has to work and the hotter it will get.

On hot days, resist the temptation to drive hard and fast. Instead, make sure you accelerate smoothly and calmly, draining as little energy from the battery pack as possible.

In really hot weather, you’ll of course want to use the air conditioning, but wherever possible, pre-cool your car when it is plugged into the charging station before you set off. Not only will it pre-cool the cabin, but it will dramatically reduce the strain on the battery pack. 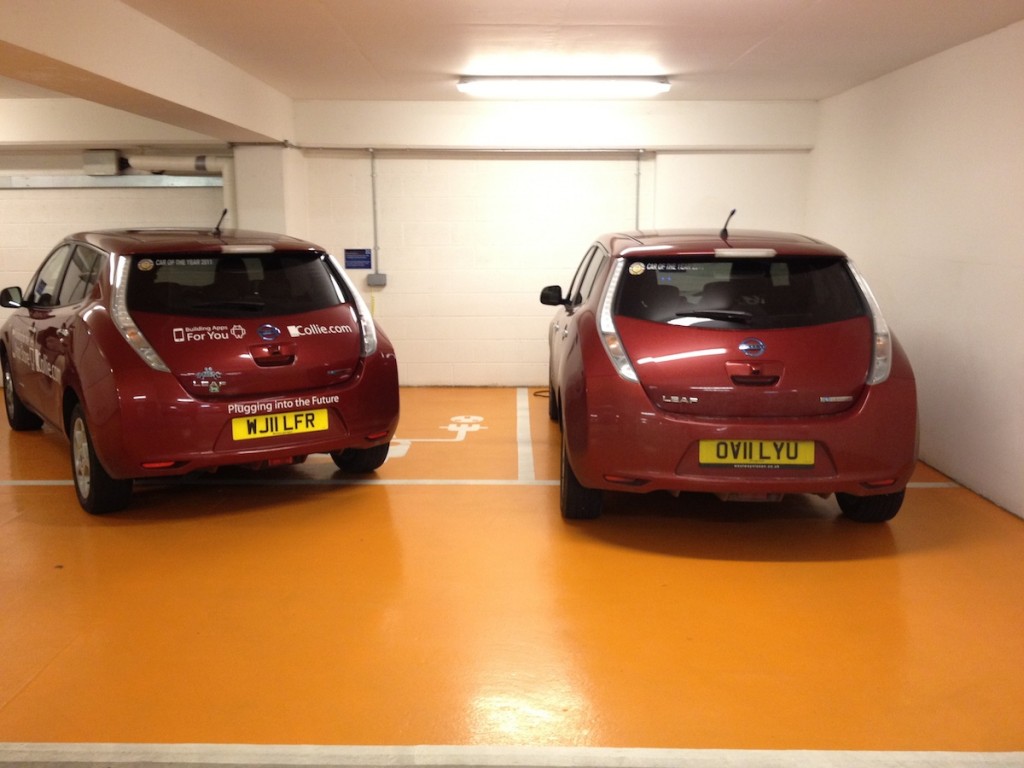 When you have to park during the day, we know it’s not always possible to park somewhere cool, especially if the mercury is rapidly rising.

However, where possible, try and park in underground parking garages with good ventilation, away from direct sunlight.

Not only will it reduce the temperatures your Leaf’s battery pack is subjected to, but it will give the battery pack time to cool down before you next use it.

If you have to park in an above-ground parking space, try and find somewhere that will be shaded during the hottest part of the day.

And if you’re looking for parking while out and about, park in a space that has just been vacated by another car rather than one that has lain free for a while.

The cooler the blacktop, the less heat energy it will radiate underneath your car, helping to keep the battery pack cooler.

As we’ve explained earlier, charging the battery pack slowly heats it up.

As a consequence, it is always better to charge your Leaf’s battery pack when it is cooler outside.

This should be fairly easy with the Leaf, thanks to its built-in charger timer feature.

Set the finish time to be a few minutes before you plan to leave in the morning, but leave the start time blank. Your car will then start charging at a time to ensure that it will be finished in time for your departure. 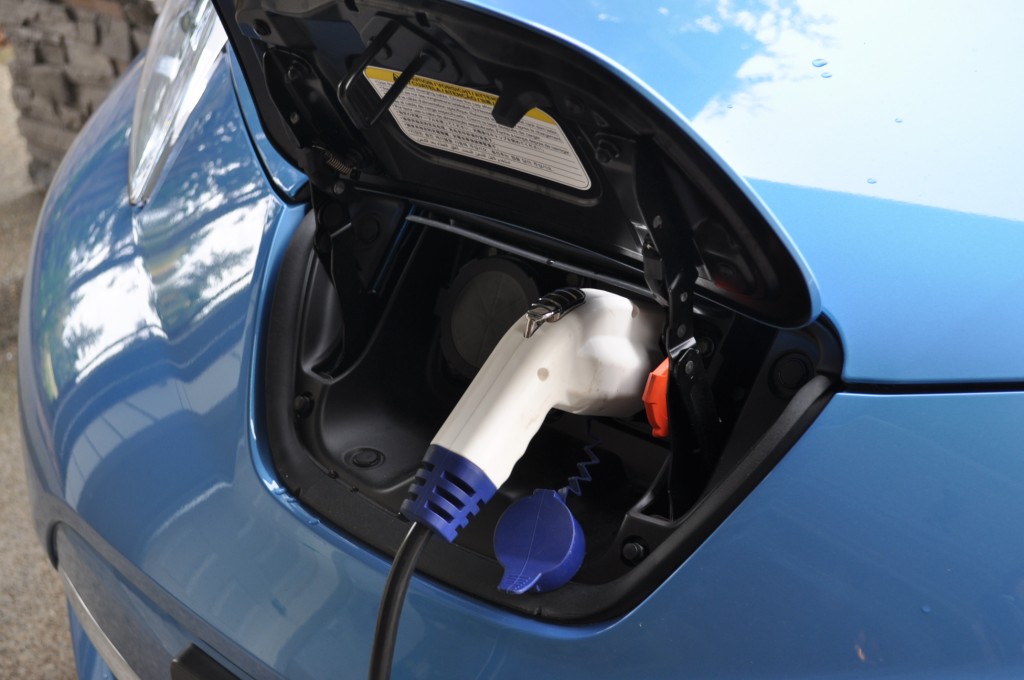 Slow your charging down

Generally, the faster you charge a battery pack, the hotter it gets.

The lower the charge rate, the less heat is generated.

So, whenever possible, favor slower charging over fast or rapid charging.

But some owners in Arizona have reported that using the 110-volt ‘emergency’ charging cable that comes with the Leaf can help minimize the increases in temperature the battery pack undergoes while charging.

Do you have any tips?

Do you live in a warm climate? Are you using a Nissan Leaf every day in extreme temperatures?

Perhaps you have some tips we haven’t thought of to help you keep your Leaf happy and its battery pack healthy?

Leave us your tips and thoughts in the Comments below.