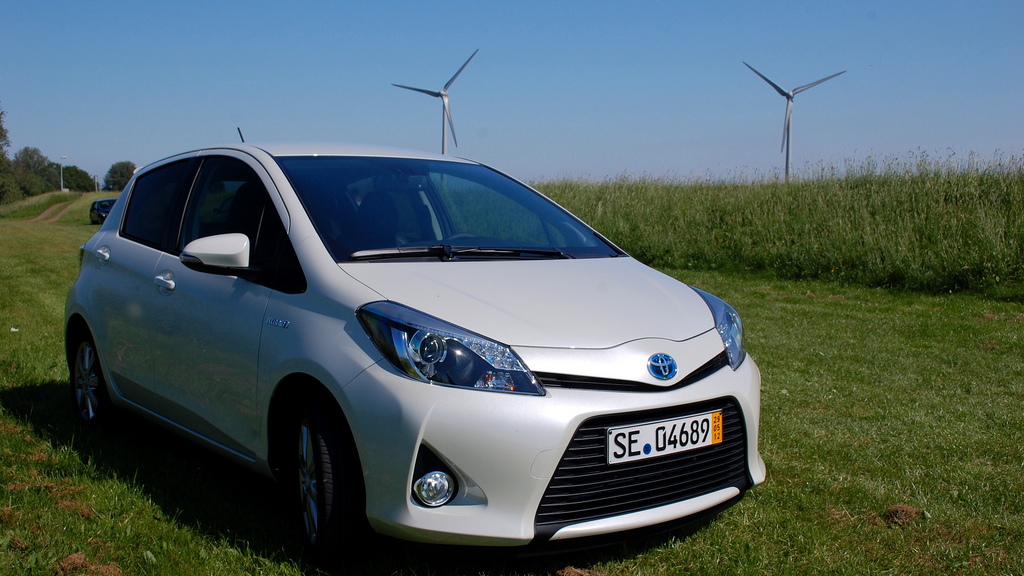 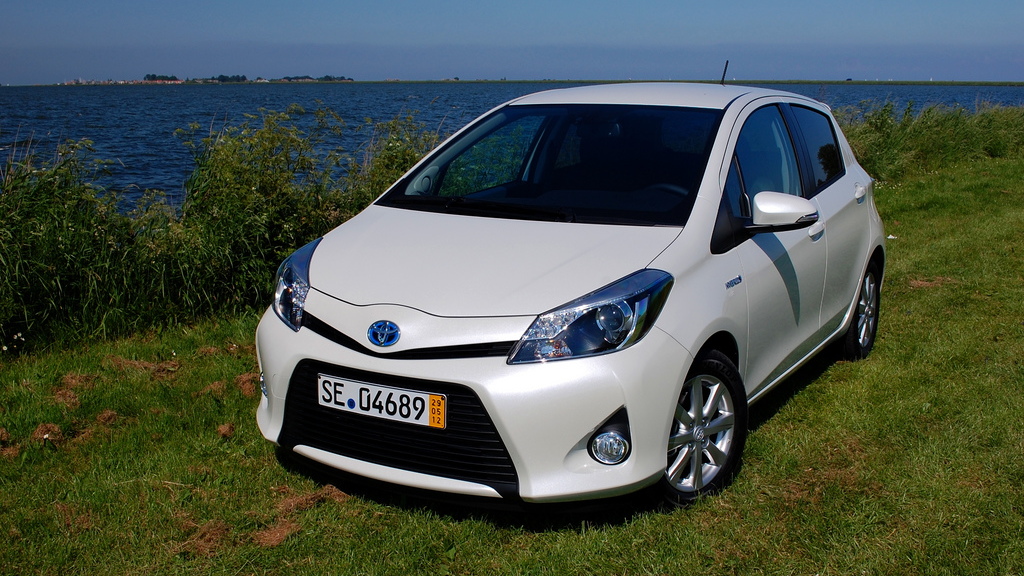 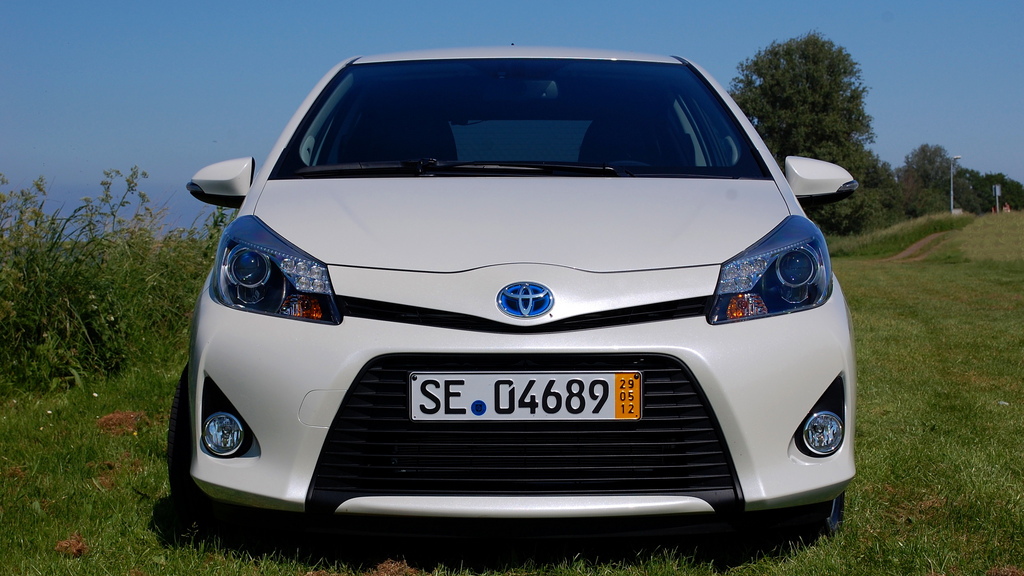 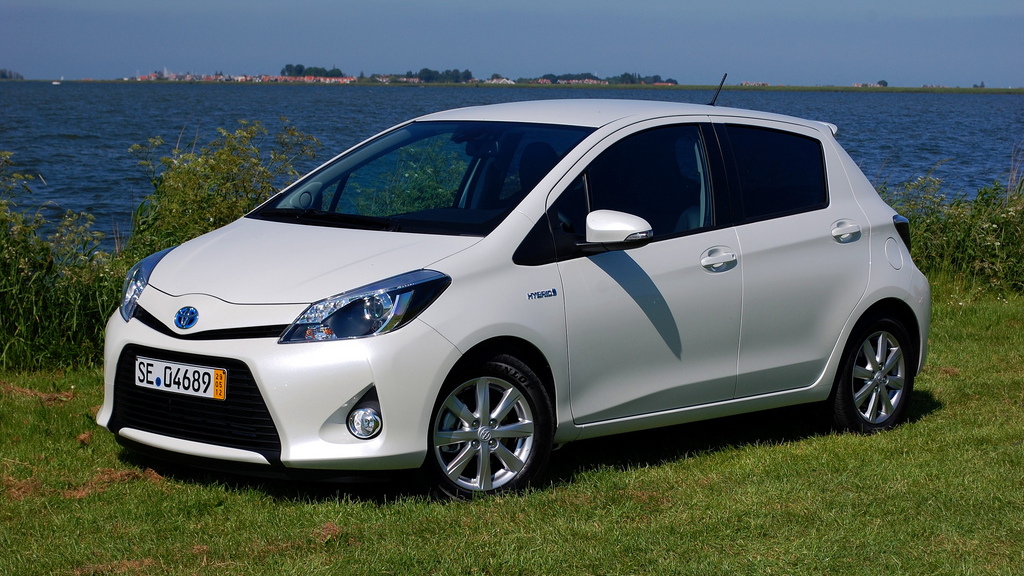 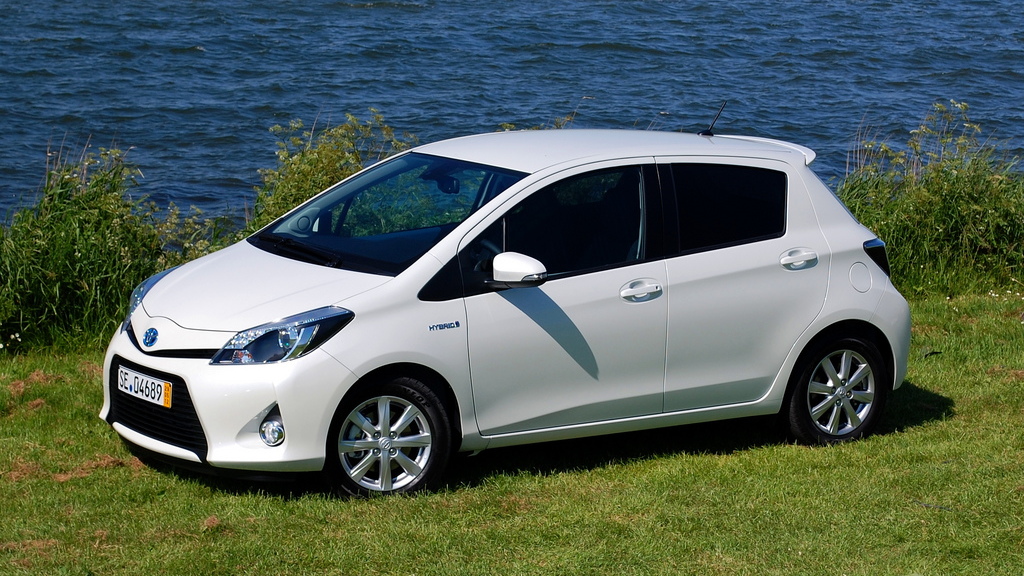 16
photos
The Toyota Yaris Hybrid is as significant a car for Toyota in Europe as the 2012 Toyota Prius C is for the company in the U.S.

It's the cheapest hybrid on the market, emits the lowest levels of CO2 of any non plug-in car--vital for European taxation reasons--and returns impressive gas mileage figures.

GreenCarReports was invited to Amsterdam in the Netherlands, to drive the new hybrid--and we discovered some interesting reasons as to why Europe gets a Yaris-based hybrid, rather than the dedicated Prius C.

Mechanically and electrically, the Yaris Hybrid is very similar indeed to the Prius C, meaning it uses the same 1.5-liter, four-cylinder Atkinson cycle gasoline engine, and the same electric motor and drivetrain.

Combined output is 98 horsepower. The engine can serve up 81 lb-ft of torque, and the electric motor contributes 124 lb-ft, though a combined figure isn't given.

Like the Prius C, the Yaris Hybrid is more fun to drive than the regular Prius, owing to the lighter body, quicker steering and firmer--though not uncomfortable--suspension set-up. We've driven cars that are more fun, but few Yaris Hybrid owners will mind.

At the same time, it's as easy to drive as any other hybrid, with the the smooth electric continuously-variable transmission letting the revs rise and fall to deliver the required power and torque in any situation. That's if the engine is on at all--Toyota downloaded data from every car, to show the assembled press that between 40-50 percent of our driving had been done entirely in EV mode.

When you push harder, the engine drones away like any other CVT-equipped car, but during our time with the car these spells were mercifully short. EV mode really did dominate, the system happy to take over driving duties up to 30 mph. Often, backing off after gasoline-assisted acceleration to higher speeds, EV mode would let us drive along at up to 40 mph--hugely beneficial for saving gas.

Using those techniques and driving with economy in mind, we returned some spectacular economy figures. A mixture of urban driving and open 50 mph roads saw us average 63.5 mpg in our top-spec T-Spirit model--nigh-on identical to the official European 64 mpg urban figure, numbers we often describe as 15-20 percent higher than you'd expect from an EPA rating.

In case you were wondering, that didn't even require traffic-disrupting 'hypermiling' techniques--it simply involved driving with economy in mind. Even driving with economy firmly out of mind, a colleague struggled to return lower than 47 mpg, a figure the Yaris Hybrid also seemed happy to return on the few freeway sections we encountered.

Why no Prius C?

While Toyota said the Yaris Hybrid won't be coming to the U.S. for highway economy reasons, there are a few more marketing-led answers as to why Europe gets the Yaris and the U.S. gets a Prius, and not the other way around.

Firstly, the strength of each badge must be considered. Yaris is Toyota's biggest-selling nameplate in Europe by quite some margin. It's the Toyota most customers are familiar with, so a hybrid model has greater market penetration than an all-new model like the Prius C. In the U.S, the regular Prius hugely out-sells the Yaris subcompact, so a car bearing the Prius badge has a greater impact.

Using the Yaris is also economically viable for Toyota. The current platform was designed with a hybrid system in mind, so the car's impressive interior and trunk space is unaffected. By using a near-identical powertrain to the Prius C, Toyota also benefits from economies of scale, making both cars cheaper to produce in a class where profit margins are lower.

There's no doubting that in Europe, the Yaris Hybrid is the most accomplished and important hybrid yet. It's the cheapest--undercutting many of its high-mpg diesel rivals--and it sits in a popular model line, in a high-selling sector.

It also makes the only other hybrid in its class--the Honda Fit Hybrid--seem obsolete. The Fit is $2,000 more expensive, less sophisticated with its mild hybrid technology, less economical, and where the Yaris avoids several road tax and congestion-charging schemes, the Fit attracts them with its higher CO2 emissions.

The U.S. won't miss the Yaris Hybrid, just as Europe won't miss the Prius C. Both cars are largely identical where it counts, and different where they need to be. And they're both very good cars.